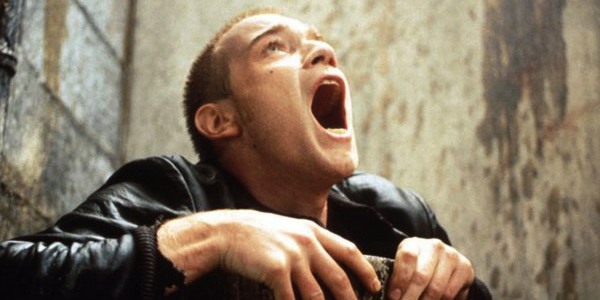 It’s been 19 years since Danny Boyle introduced movie audiences to characters like Mark Renton, Sick Boy, Spud, and Begbie. There’s been talk of a sequel damn near ever since we first saw Ewan McGregor climb his way out of that nasty, nasty toilet, and though it is still moving forward, Trainspotting 2 is doing so with one significant change: the title.

No, we’re going to try and call it ‘T2′ but there might be some issues there with James Cameron. I’ll have to beg and we’ll have to go to James Cameron and say ‘What do you think?’

While he has been talking about the possibility for years, Danny Boyle recently said that all four of the main actors want to come back—that includes Ewan McGregor (Mark Renton), Johnny Lee Miller (Sick Boy), Robert Carlisle (Begbie), and Ewan Bremner (Spud). He did say it was complicated by two of them working on American TV shows—Miller stars on Elementary, while Carlisle is a regular on Once Upon a Time—not to mention that McGregor and Bremner have shown up in everything from Star Wars to Snowpiercer.

While Trainspotting 2 is something that Boyle has wanted to do for some time, it isn’t a film he just wants to churn out for the sake of making it. He wants to make sure that when they do this, they’re going to do it right and do the original justice. He said:

I’m very happy because my only (concern) was that the script would be good for two of them and not so great for the other two, and they’d feel obliged to come back, but they’ve all got good stuff, and it’s a very interesting look at them again.

Those are certainly welcome words for fans of Trainspotting to hear. And it may all happen fairly soon. While he’ll be busy for the next little bit with Steve Jobs press and commitments, he indicated that this may be next on his list. He said that they plan to shoot in May or June of 2016, with an eye on getting it released by the end of the year in time to sync up with Trainspotting’s 20th anniversary.