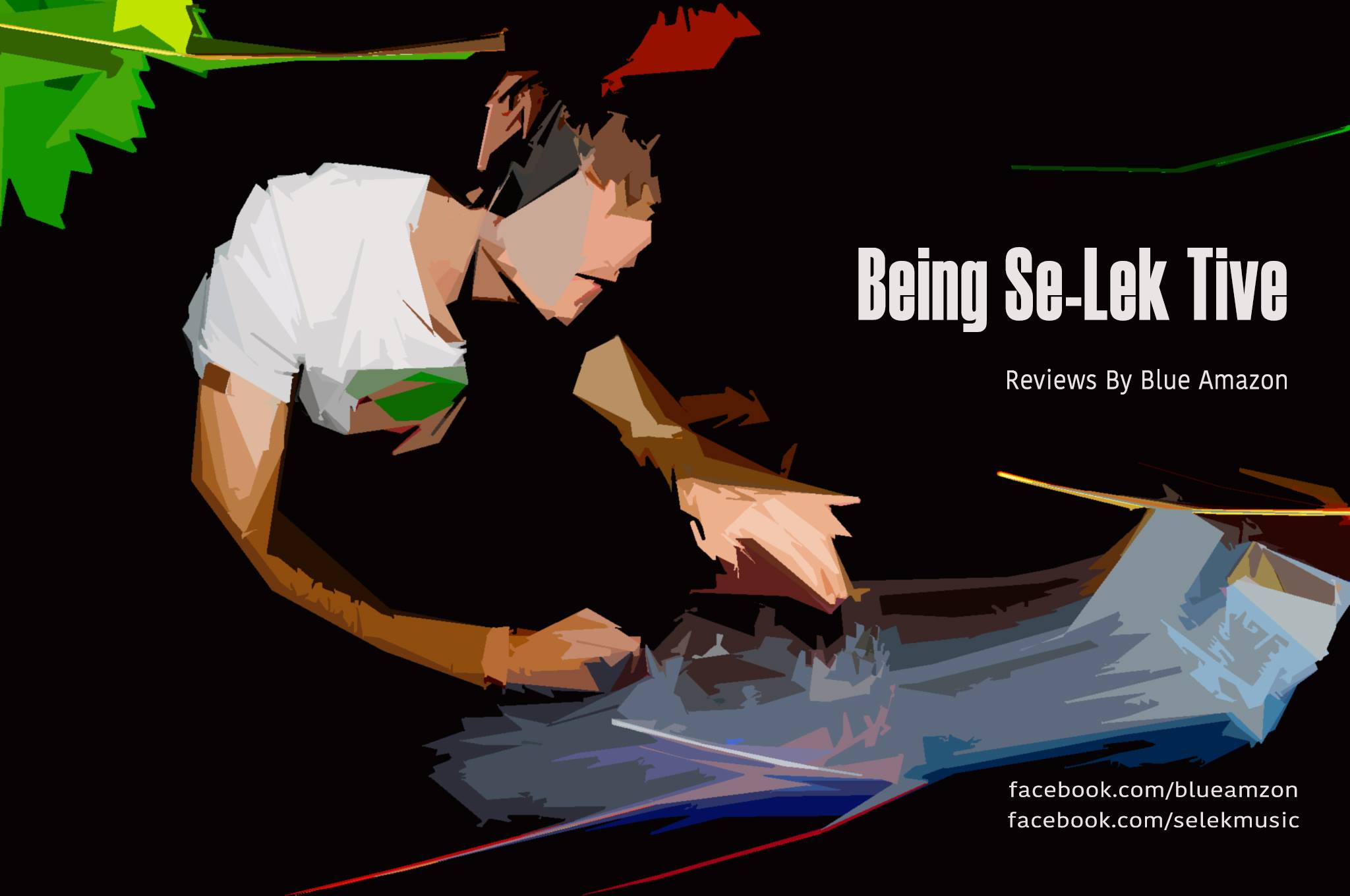 For those who follow the “Progressive House” scene and by mentioning the name “Progressive House”
I mean the intricate infectious sound of house that was developed from the 90’s upwards and spread critically worldwide, may detected an air of familiarity about “ICONYC”.

“ICONYC” was formally know as “238W” which was a real quality driven power house for the pure Progressive House sound and so much more. Release’s were always high in standard, frequently outputted and carried uniqueness about them. Now with a new focus the sound and quality continues under a new Icon and focal point in “ICONYC”.

“Fermanz” is a Turkish based artist with a good amount of tracks under his moniker that also ooze quality. His original title of this three-track ep starts off proceeding with what is quite a detailed percussive groove but worked in clever way. There’s disco undertones that gently build under the groove without being obvious “Donna Summer” esque and a great dark techno stabby hit that impacts the intensity and drive of the track.

Next on the EP is “Jonny Burgs” interpretation of the title. “Jonny Burg” is one of the emerging talents of the UK’s North West. He’s a name that consistently keeps popping up on release packages and also on the DJ gig circuit. “Jonny” mix here is a much deeper sounding emphasized groove from the off. The bassline is more subtle and it builds hypnotically whilst using elements of the original but in a less direct and surprising way.

The third output on the release is another remix but this time by artist “Dust Yard”. “Dust Yard” is from France and is a name that is also associated to quality. He’s released many great productions over the years with the title “intimacy” that instantly springs to mind. This remix as expected is another detailed exhibit. Its got quite a tribal feel to the drum work but worked in a less obvious and modern sculpture. It’s greatly arranged and builds fantastically whilst carrying the hypnotic vibe of the previous mixes.

What can you not say about “Dosem”? The guy over the years has been one of the most consistent artists in the modern era. We have been treated to quality release after release and forged / compounded within his own unique infectious style. “Suara” like wise has also been a real power drive movement on all fronts. There’s a great intensity and variation about this label and their definitely showing the super cat has more than 9 lives.

On this release “Dosem” has teamed up with “Brighton” based “Prok & Fitch” who many of us have come accustom to. I’ve always found the “Prok & Fitch” sound to be a real cross merge of influences with a great club designed presence. Maybe best described as energized four to the floor music.

We get stated with the title track first “”Doors Open” which is more on the housey side of “Dosem” productions. It’s based around a modern NY influence groove with a retro esque vocal snippet running throughout. Fantastic floor building dynamics are featured that makes it audience grabbing whilst crosses a few boundaries genre wise.

The 2nd on the release is another original title “Whispers”, Here we have a deeper techno influenced number with a lot of atmosphere. It’s got a clear rounded edge to the sound that although is powerful doesn’t fatigue your ears. There’s lots of bounce to the groove and it leaves you wanting to listen to it again.  Another strong release from the “Suara” camp and you can buy it right now.

“Tronic “ are certainly setting a pace and standard with their releases and I like many others love it. Straight off the back of their awesome “Nico Cabeza” release we have this two track power play from “Cologne” based artist “Phiilp Ruhmhart”. “Philip Ruhmhart” will be a name that’s familiar to some techno followers from his co production with “Stephan Hinz” on “Pan Pots” “Second State” label.  This is “Philips” first solo single release and something that really excites the ear drums with a no holding back peak time exhibit.

We start with the track “Faust” which I believe is titled after the leading German character of the “Faust” story. It’s a story of a scholar who makes a pact with the Devil, exchanging his soul for ultimate knowledge and worldly pleasures. The track its self is a phase driven techno rhythm builder. There’s a great dark lead sound featured that’s the main focus. It’s kind of like an intense building pad sound that grinds to extended notation and opens the track up. Great drum work keeps the flow and movement of the arrangement interesting and it absorbs you throughout.

Next is “Kreuzer” which is more of a classic techno feel. It’s based around an almost filtered stabby rave chord. The chords build into a melody riff and create further impact as plays throughout. I would say this title is more of a combination of Tech house influences than “Faust” but is equally as good and won’t disappoint you.

The latest output from Italian based “Loose Records” is also recorded by a notable Italian artist in “Hollen”. If your not familiar with the name “Hollen” I should really be asking you where have been and suggest you quickly go check out his monstrous title “Collision”, his remix of “Gabriel D’Or & Bordoy – Gliese”, his remix of “The Yellowheads – Nervo” and that would only be just touching the tip of the iceberg.

However “Hollen” is a real techno powerhouse in the modern way. He’s one of the most consistent out there with an insistent amount of quality productions hitting labels such as “Suara”, “Bitten”, “Terminal M”, “Toolroom Trax” and a firm favorite at “loose Records”
“Loose Records” similarly are quality consistent outfit with heaps of presence and flair.

Getting into the tracks we have a three-track ep starting with the title track “Radomatic (original)”.
Here we have all the elements of modern techno, cool underground drum patterns, filtered stabs and those great-gated esque breakdown builds that everyone loves.

Next up is the “Audiomatiques” remix of the same title. This mix follows suit in personality as the original version but has a bit more of a tech house approach. There are a few old school vocal hits in there that some people might recognise and it builds nicely.

The final track on the ep is another original title “Anatomy (Original Mix)”. This its a track that I would personally quantify as pure techno, its very underground, not over polished in its sound and rhythmically dare I say sound like “Jeff Mills”

German based “Kaiserdisco” are champions of both the techno and tech house scene and it very unlikely if you follow those genres that you wouldn’t have heard about them.

This is a release on the sister label to “loose records” “Unrilis” who have become a dominate force on the circuit boasting releases such as the techno anthem  “X Pollination” by “Enrico Sangiuliano”. I’ve personally followed the label for quite some time and look forward to what they release.

This is a two tracker starting with the original mix of “Stay We Me” with collaborative artist “Fabio Neural”.

As expected It’s quite a powerful sounding production with the intensity that we have come to expect from “Kaiserdisco”. It’s got a great wavy riff that rolls through arrangement whilst building to a break down, followed by an extended vocal hit to the vocal “stay With Me” that’s used prior. Great crowd-pleasing drum work follows after the break.

The 2nd track is the same two collaborative artists as the first but this time with the title “Rush”. This has even more intensity than “Stay We Me” and more emphasis on vocal use. There’s a great picky synth line in the middle that really ads atmosphere before it kicks back into to power status.

I’m sure many of you like myself always look forward to a new “Tronic” release and luckily there’s lots of them on a consistent basis. “Christian Smiths” imprint here has really set the tone for what he originally described as housey techno and that description certainly carries through in the sound of the labels releases.

Once again we are talking about another Italian artist here in “Nico Cabeza”. I have to admit he’s not an artist I am over familiar with but I will certainly be checking out more of his tracks after this release.

We have a three-track affair here starting of with the title track “Nero” as expected.
This track has such an infectious feel to it and is a great combination of house-influenced elements combined with techno sounding percussion. There’s really nice filters chords featured that are almost piano esque and great use of vocal snippets.

Next in line is another original title “Signs”, This starts off with very crunchy tech house style drums with a touch of NY flavor. It’s quite a surprising track from where it starts to where it builds but is very affective and hypnotic.

The third track is a remix of the title “Nero” from another Italian based duo “Macromism”.
This mix is another quality exhibit taking influence and elements from the original composition but warped around a deep chunky groove. There’s some nice filtered stings used in sections and a great break in the middle.

“True Soul” are a label I’ve been super impressed with of late, their very consistent in quality and in variation. I’m sure if you are digging around any of the key DJ charts online it wont long before you connect with a “True Soul” release.  The label is the sister label to the huge “Adam Beyer” imprint “Drumcode”

Ok here we go and its no surprise that “Fabio Neural & Fideles” are also Italian based artists. Either personally I have love for Italian club music, it’s my heritage shining through or lets just face it this cultured country produces some of the best producers in world club music.

This is a two-track exhibit that starts off with the title “Day Off”. It’s a track that has a very minimal approach with subtle techno synth rhythms, reverberated drums and arpeggiated lines gradually building in. It’s quite a transient affair in terms of being hypnotic rather than “Trance” as sound and features a few 80’s chord elements that provide an element of hook.

The 2nd track on the release it the title track “Shamana”. This track starts of in similar fashion to the previous but certainly builds faster to a modern disco feel. It contains good use of vocal snippets filtering in / out forged around an electronic presence. Consistently building dynamically making it one of those, which will capture a wide audience.