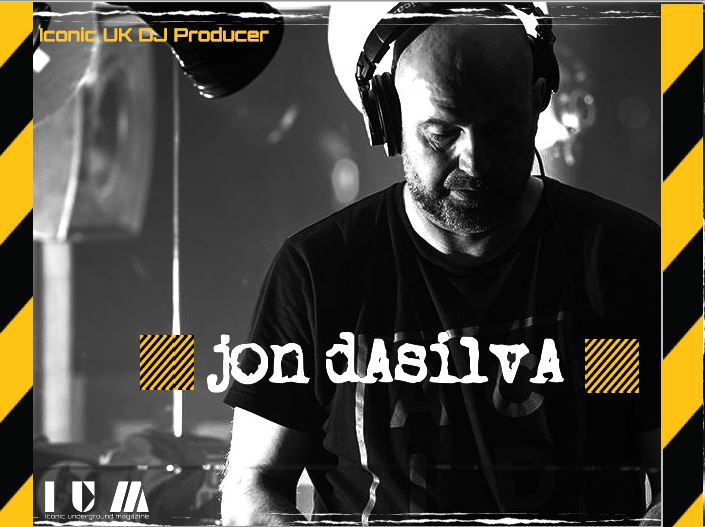 Jon Dasilva cut his teeth in one of the most recognized and notorious Acid House clubs in the world ‘The Hacienda’ in Manchester UK for more than a decade, until it finally closed in 1997. His career spans over 30 years and he’s got a lot to say & play …. 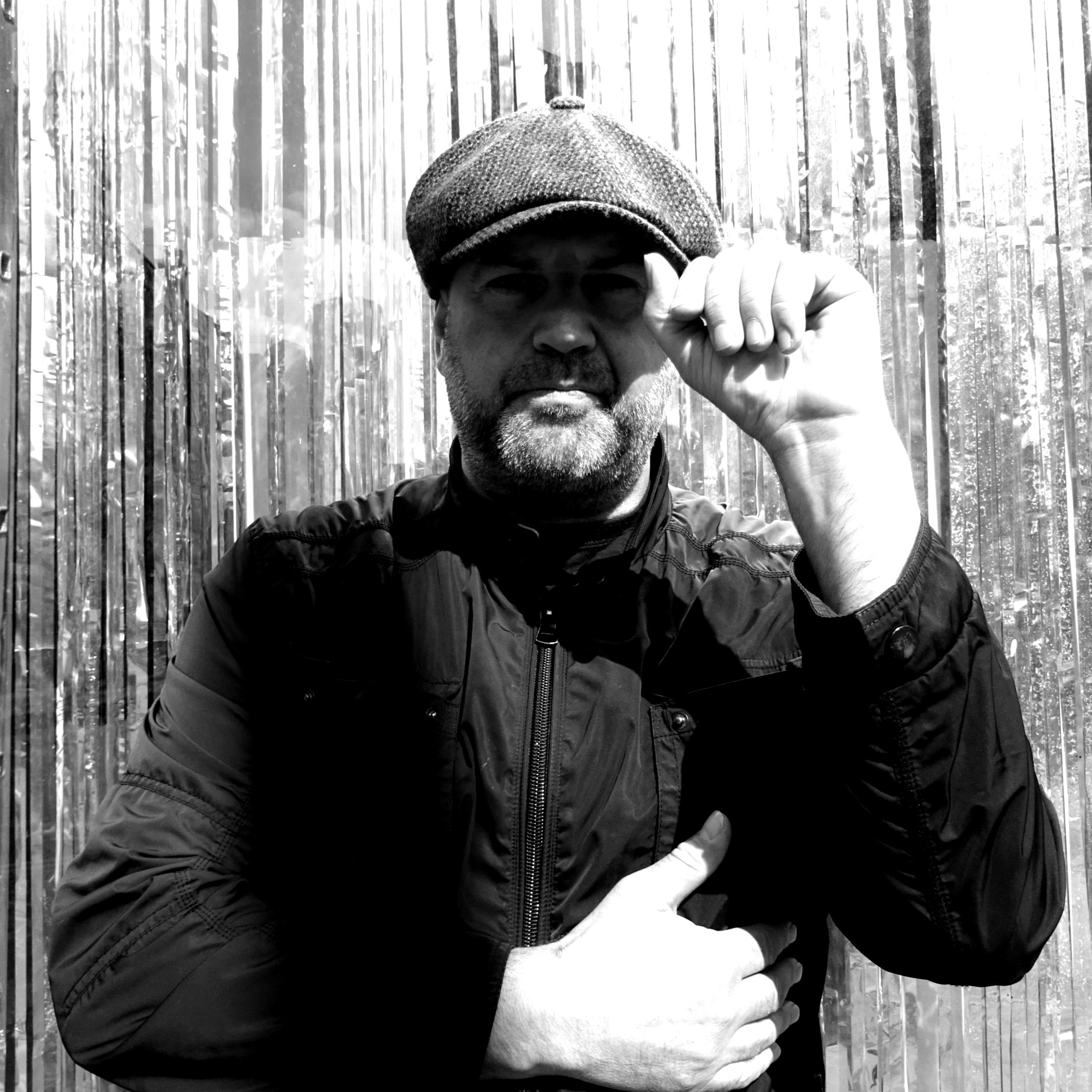 Mike Mannix: Nice one Jon thank you for talking to us at iconic underground. Give some background on your early influences growing up socially and musically, what moulded you, what gave you the itch to mix?

Jon Dasilva: I grew up in Preston, possibly a bit of a misfit who was allowed, after my father’s death, to indulge in his passions…music and later film. Bowie was my first love though, went to see him live when I was 10…good start 🙂 I started buying vinyl from then really. Played guitar and sometimes drums in Post Punk and Psych Rock bands later in the late ’70s.

Anyway, my Mum allowed my indulgences in vinyl, drums guitars and recording gear…making a racket generally. It’s hard to explain how I was drawn to DJing but it started with the music as I was increasingly getting into Disco and Black American sounds in general. I read an article in Collusion Magazine that turned me on to what was going on New York at the time…DJs like Shep Pettibone, Larry Levan, and Francois Kevorkian. It wasn’t until early 88 that I got a pair of 1210s to practice on, just a few months before I started at the Hacienda.

DJing just seemed the right thing to be doing then. Ahead of the curve in some ways but only if you’re a geeky white kid from Preston!

MM: How would you describe the early dance music era you found yourself in, what did it mean to you?

JD: I started DJing around 86, just doing little parties around Whitstable and Canterbury where I lived and studied at the time. It was a really exciting time musically, dance music-wise. I was soaking up all sorts of shit…playing Electro, George Clinton, computer funk period, Lee “Scratch” Perry, that Larry Levan dub album with Gwen Guthrie was really important, Hip Hop, African stuff like Thomas Mapfumo, Fela Ransome Kuti, and early House.

I think it was a real watershed moment when it just felt right to mix it all up with some choice Prince cuts and plenty of On-U Sounds/Adrian Sherwood nuttiness. By 87 I’d come across Detroit Techno and was solidly into the darker House sounds. At this point, January 88, I moved back home, up north! I settled in Moss Side just by City’s ground, Main Road. I’d heard of A Guy Called Gerald from Dean Johnson, a Hacienda DJ of the time, lovely man, and hence knew he lived locally. House and Techno weren’t omnipresent like they are now so if I heard someone playing house or techno in a house, in the area, it was always a wonder if it was Gerald. Exciting times…just felt essential. Anyway, I got picked up by the Hacienda after doing a few gigs in the city…right place right time right music…and was DJing there by July 88. Hot night.

MM: Two and half decades on and people are still talking about the Hacienda, why?

JD: Well it was a special club. Unique in the UK, for that period. It was Rob Gretton’s (New Order’s manager) idea to have a club as good as anything they’d seen in New York…clubs like the Funhouse where they filmed the video for Confusion. So no sticky carpets and crap light shows. The design was just stark and, yes, industrial. Like nothing, the UK had seen. Its common knowledge it struggled for 5 or 6 years, from its opening in 1982, till the emergence of Acid House in 88 and the insurgence of scally culture that had attached itself to that general music scene was a godsend.

| The atmosphere during those early years, 88, 89 and 90 was incredible. You could barely hear the start of many tracks for the noise generated by 1500 E’d up nutters loving it all…

The Hacienda became a blueprint for so many provincial music heads. They went back from the HAC to Glasgow or Birmingham, Nottingham, all over, and set up clubs inspired by the music and atmosphere of the place. The next few years was very decentralized, not London centric and the country was better for it.

MM: What were your biggest stand out moments in the HAC?

JD: Lordy…so many. I was thinking about my old friend Norman Jay the other day, He’d given me a copy of A Cappella Anonymous Volume 1 which was the start of me using a cappellas including Love Sensation…which led to me to start playing the original track amongst all the house and techno…seeing that take off (it sold 1000’s on reissue that year) was amazing, very gratifying.

MM: Do you miss those times, even though you are still as much a part of the scene today?

JD: Well, yes, in a positive way. They are a benchmark for now in terms of the attitude and openness to music that people had. For example, the atmosphere of I Love Acid in London is crazy good, the crowd, brilliant…

MM: If it wasn’t for the gangs, would the HAC still be open?

JD: Possibly…but no…the council in all their lack of wisdom was allowing hotels and residential builds all around the HAC building. Would have been a matter of time before they would have forced a massively expensive noise reduction job on the place. To be frank, it was a dinosaur of a club by 97, not really that hip to go there anymore, and it wasn’t immediately missed.  It was losing money hand over fist and that just wore everyone out, in the end, …which was indirectly the gang’s fault in some ways… 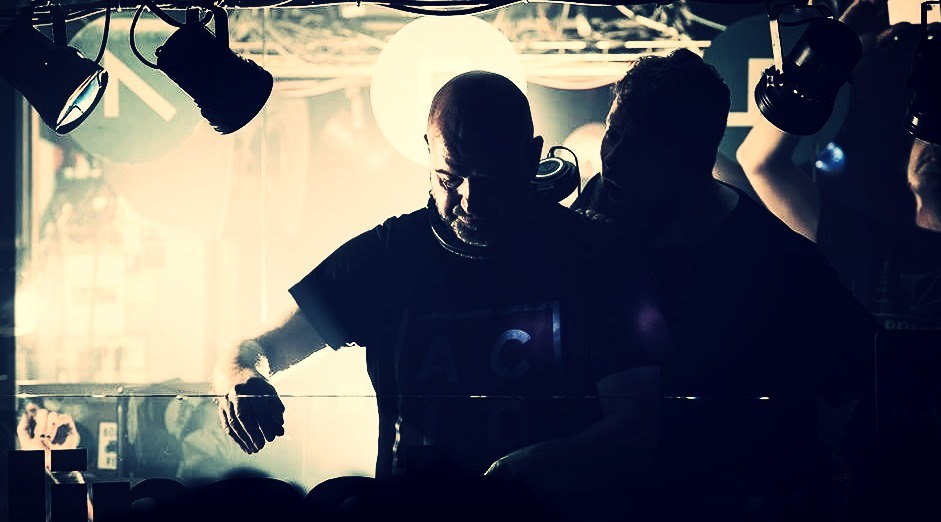 MM: The public gave you a resounding thumbs-up recently by voting you into the top 25 in our ‘All-time top 50 DJ Poll’ that we ran for 3 months, how’d that make you feel?

JD: Well, of course, I was chuffed to bits! An unexpected present!

MM: What DJ’s / Artists / Producers are inspiring you these days and who would you like to work within the studio?

JD: Well I’ve just done a collab with Jozef K, who is a mate which is coming out on Last Night On Earth in September. I love the raw sound of Paranoid London, also mates, Paul Woodford can’t seem to put a foot wrong…huge fan. Chambray is hot to trot at the mo. I am planning to work with Posthuman, who is so underrated it hurts…he’s one of my fave producers.  Hahah…there’s loads…too many to mention them all!

JD: God yes…I returned to the Hacienda in the mid ’90s to do a few solo shows where I was doing 5-hour sets….I learnt not to “break the seal” …otherwise it was a mad dash to the staff toilets via the elevator to the basement and as long a track as I could find on the decks.

JD: Be fucking different. Don’t be so scared to clear a dance floor. There’s always someone (you hope) that will clock your bravery and music vision and that’s when it starts.

MM: What are your thoughts on the scene today and where do you see it evolving?

JD: Musically I’m loving it. So many great producers, across the board. Club wise it’s getting more difficult. There’s a lot of cheque book promoters that stifle the often more creative smaller operators…unless that whole thing collapses post-Brexit (!) I can’t see that trend disappearing.

JD: Fuck that is impossible!!…from the top of my head…

Rhythm Is Rhythm – Nude Photo (1987) Transmat / Still sounds incredible, the sound of future arriving (as it does!)

Boards of Canada – Zoetrope – I played this every night on the last Happy Mondays tour…it feels like I’m cleansing the room with its majesty!

MM: Do you feel this is a particularly exciting time to be working in dance music and does it still excite you 30 years on into your career?

MM: What are your plans for the rest of the year?

JD: I’ve just moved back to the UK after 9 years in Stockholm, so I’m sorting out a studio in my house and getting busy. Alongside the Jozef K collaboration there’s a solo 4 track EP, called Music From The Endless Summer, on Sprechen that’s out, and I’m back on tour with the Happy Mondays from November for 6 weeks…wish me luck 🙂