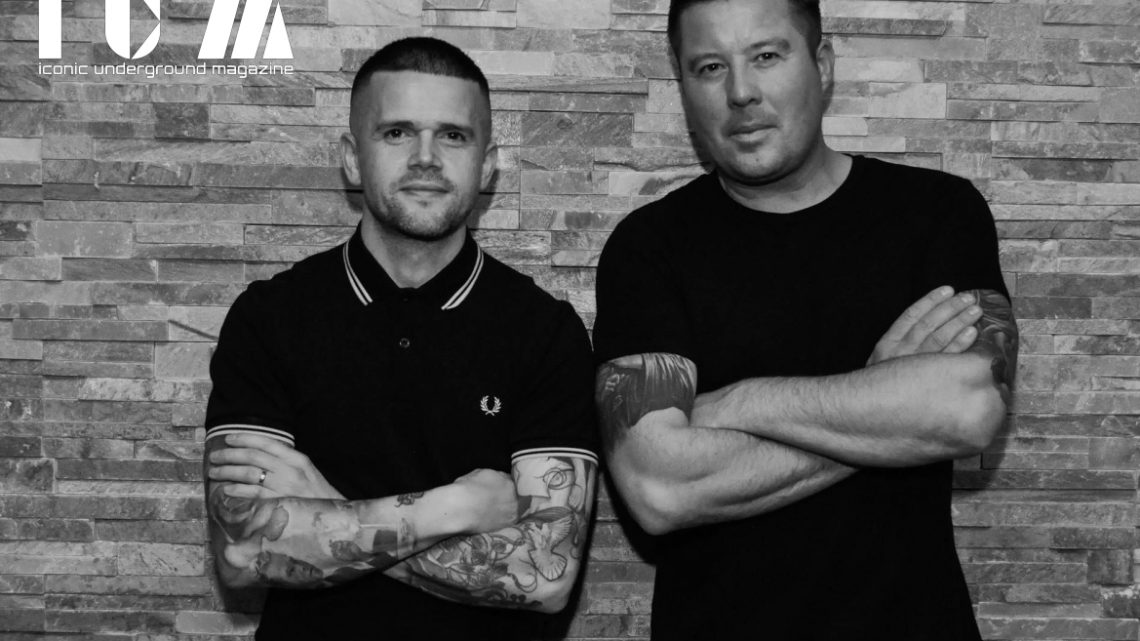 Interview – Jonno & Gibson / Jonno Brien and Timmy Gibson are an Irish production duo who are making waves across Europe with the likes of Carl Cox regularly smashing out their releases….

Mike Mannix: Nice one Jonno O’Brien & Timmy Gibson thank you for talking to us at iconic underground. Tell us a bit about your backgrounds and early influences socially and musically and how it eventually got you both into dance music?

My first decks were an all in one Citronic system, no crossfader followed then by belt-driven Citronic decks and a Numark mixer until I finally got my first Technic 1210s in 1996. I remember always trying to mix various styles together which was hard as BPMs where all over the place. I think the first time I mastered beat mixing was using Todd Terrys ‘Bounce to the beat’ with a bootleg that sampled it, funny thing is I went on to remix that track and Todd Terry released it on his own label!

Timmy Gibson: Socially I was always hanging around older people that were going clubbing in the ’90s. I was not yet old enough to get into clubs but loved the music of that time especially old Hardcore which I still love it to this day. I remember being at a party and saw a pair of Technic’s 1210s for the first time and I was hooked. Soon after that I got my first credit union loan at 15 for two Technic’s turntables and a Gemini mixer I thought the world was my oyster.

Every day for hours I would practice beat mixing and of course spend every penny I had on buying vinyl every week. This quickly followed into wanting to create my own music, I remember starting to read Sound On Sound Magazine to figure out what I needed to make this notion a reality. Honestly, I really didn’t know what I was doing and back then as there wasn’t access to video tutorials on how to learn the craft of producing music like there is now.

JB, TG: Well to honest there are so many right now, to name a few of the top of my head would be Christian Smith, Slam, Ben Sims, Trevor Rockliffe and of course Carl Cox. These guys are amazing DJs and always deliver on the night. Studio wise I’d love to work with Carl Craig, Mark Broom, Noir, Garry Beck, Rebuke. I feel these guys are individually brilliant and every release is top quality.

MM: Walk us through the usual process of when you are in the studio creating your new tracks from the analogue outboard, midi, samples and DAW you use and why. What is key in the whole production process?

JB, TG: Our process is always doing research which is constantly in the background, so this could be a funk record form the 70’s or an early 90’s Techno record but other influence can be a sound, for example, a track that we just released on the legendary Rising High Records called ‘Lost & Found’ the main hook from that record was a take from a pre-set bank that Tim was engineering for Sonic Academy’s ANA 2 synthesiser. Recently we have just migrated using only analogue instruments because we felt in the studio that something magical happens when you have a tactile instrument to sculpt a sound rather than use a mouse to tweak a software synthesiser.

There are so many sample libraries out there right now but our process would be to either engineer a bespoke sample bank solely for ourselves to use which we do on a constant basis. Some other sample banks that we really love is the stuff coming from Damien Jacuk’s Unity Records and also from Sergio Fernandez, Inset Coin these banks always sound amazing. With regard to DAW, we find that Ableton’s workflow really works for us in creating our style of music.

| The key thing in any partnership with regard to creating music is having chemistry in the studio, for example, we have been working together for over ten years now creating various styles of underground music and we have built up a great working relationship in the studio and also chasing ideas that we hear in our heads and then making those ideas a reality

MM: Tell us about your latest releases that have been getting heavy rotation from Carl Cox?

JB, TG: Yeah man, we have been very lucky to have Carl Cox supporting our music for over ten years on various compilations including Space Ibiza and DJ Mag. Our latest releases on Tronic, Mentor, and Rising High Records have been getting huge support from Carl at Resistance and Awakenings and even his last gig in Dublin where he played 4 of our releases in his 3-hour set. We feel very humbled and honoured by his support on our home turf.

MM: Back in the day DJs and producers really had to put in some seriously long hours, dedication, patience and money to learning the beautiful art and skills of mixing vinyl and producing original tracks.  Now with the advent of sync buttons, constructions kits and templates are today’s electronic DJs/ Producers at a disadvantage or advantage?

JB, TG: Yes, we came from a time that it was all about mixing vinyl, so for us sitting in the studio talking about this very subject we can be biased and nostalgic about times gone by. The way technology has progressed over these past 20 years has definitely opened up more doors creatively for the budding DJ/producer –

This would allow budding DJ/Producer to be more creative with his or her’s set with the technology that is available today. With the likes of Beatport we can all sit at home and buy our music online, this is also a massive advantage but –

| being a little nostalgic we really miss going record shopping like we used to do back in that day!

JB, TG: A very good point yes, it is a very saturated market with a lot of good and bad music out there. We feel the most important thing to do for any aspiring DJ/Producer is to not follow trends, stay humble and be prepared to take constructive criticism because there will be a lot to learn –

MM: What’s your thoughts on the Irish scene today and where do you see it evolving?

JB, TG: Our thoughts on the Irish scene are good and we feel the scene is also very strong in the bigger cites with the emerging of new club nights popping up. One huge shift in the scene would be massive one-day events in various counties around the country where clubbers gather to see A-list DJs.

JB, TG: That is a very tough question indeed but we have to include these albums because they heavily influenced us over the years and every time we listen to them today they still sound every bit as good if not better and there is also a lot of memories that go with them.

The Jam – All Mod cons

JB, TG: What motivates us the most is having a great family life and surrounding ourselves with great friends to feed off. We feel that having this really feeds into the music we make because –

MM: If you could change anything about the scene what would it be?

JB, TG: One major issue for us is the licensing laws here in Ireland the pubs open almost as long as the nightclubs which adds extra pressure on promoters putting on nights because the venues close really early here as compared to somewhere like London or Berlin. We feel if these laws were changed the scene could be a lot healthier and more promoters would get involved in the scene.

MM: What are your biggest stand-out festival/gig moments where you thought ‘fuck this is real this is amazing….’?

JB: The first-ever dance gig I went to was at the INEC in Killarney where I saw The Prodigy for the first time in 1993. I knew instantly I wanted to be involved in the dance music scene. My second moment was going to see Carl Cox at Sir Henrys in Cork in 1996 it was truly amazing. The third would be playing for Trade at the dome in Tralee in 1999 where we played to a sold-out show with over three thousand people, #hooked.

TG: One stand out gig I was lucky to attend and share some moments with friends was Creamfields in Punchestown Racecourse in 2000. It was an amazing experience to see so many acts that I have listened to over the years in one place. One set, in particular, was Paul Oakenfold’s in the Cream tent with ten thousand people going nuts I’ll never forget it! The second stand out gig for me would be the time I got to play at the legendary Ministry of Sound it was immense and a bucket list moment for me.

MM: What’s next for you both?

JB, TG: Production-wise for us, we have a release coming on Carl Cox’s and Jon Rundell’s label Intec Digital. We have just signed an EP to Darren Emerson’s Detone Records and we are currently working on an EP for Cristian Varela’s Pornographic Records, and remixs for Dublin outfit Full Function, Mentor, Red Draft Memories, Heraico, & Bris Boys.. Watch this space! 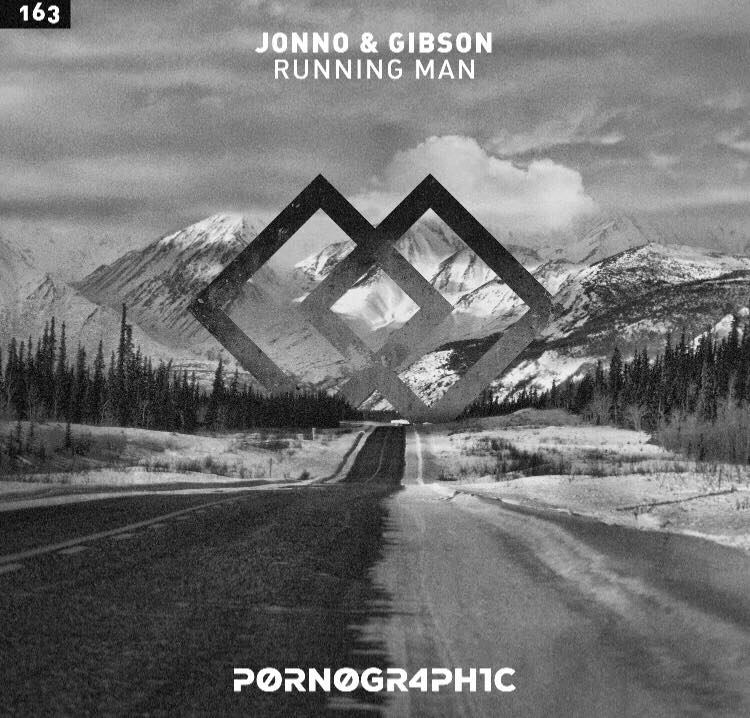 The Warehouse Project [WHP]- FAC51 Hacienda Goes OFF in Manchester