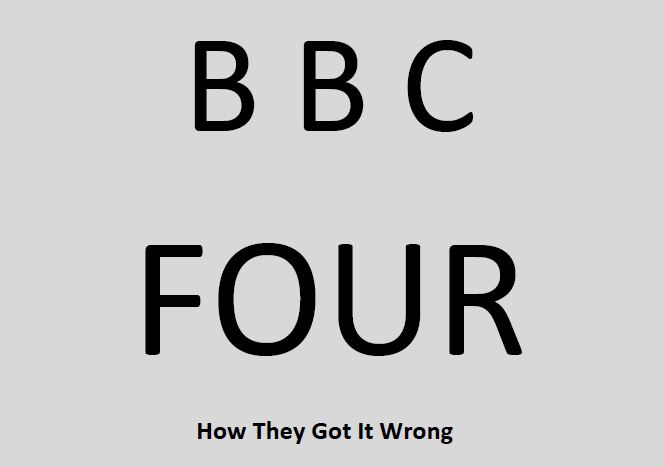 Can You Feel It? How The Beeb Got House Music All Wrong – Episode 1

I must admit I was late in watching this series and had wanted to wait till the hype had died to watch at my leisure and then maybe make a comment, as I’d been fortunate enough to interview some of the main characters that helped establish what we know as the dance music scene today.

So to kick off, you would think that with all the resources that are available to the BBC they’d have enough money and time to do some decent research on any given subject? Well, apparently not, and certainly not when it comes to dance music. It seems glaringly obvious to me in any extent that they must have stayed at home from school on that day when this was all put together?

Overall, episode one is a half decent filler documentary for those with a curiosity about the dance scene, but for those of us who have at least one iota about the history, there are some remarkable errors in episode 1 that need to be called out.

Big respect Jazzy M  and all the early innovators from all of our clued up readers and us at iconic underground magazine.

DJ Pierre is one of the most humble, spiritual and incredibly talented innovators and teachers in this scene and deserves our upmost respect for his creative spark and Phutures that drove Acid House across the pond to the UK and beyond, that inspired generation/s and the biggest music revolution in history! One love

Something else to point out that wasn’t mentioned, is both Frankie Knuckles and Larry Levan 2 of the most well respected and known stars in the scene started their journeys in electronic music schooled in Nicky Siano’s ‘Gallery‘ in New York, long before they gained fame at the Warehouse and Paradise Garage, fact!

Nicky Siano was also the first DJ in the world to use 3 decks, using the 3rd deck as an effects deck, and one of only 2 DJ’s that started to beat match vinyl in the 1970’s the other being DJ Francis Grasso.

I think Nicky should have been given much more credit than he received in this documentary as the guy had the entrepreneurial creative foresight and balls to open a big club and sustain it for 5 years, and was one of only 2 serious underground clubs at that time in 1970s New York , the other being David Mancuso’s ‘Loft’.

He was one of the early ‘crate diggers’ and has often remarked that he would spend hours and hours going through vinyl in the record shop only to find 1 or 2 tracks that he’d play in his club that weekend. His track choices made hits, and others followed his lead, and eventually months later mainstream radio would pick up on it and play it, by then he’d moved onto something else.

This guy was and is a DJ’s DJ, he listened, learned the crowd and his innovation kept the energy and flow sustained building and dropping to packed out weekends for years, and its in this incredibly creative environment that Frankie and Larry found themselves in learning the ropes, what a space what a teacher!

Nicky’s inspiration along with Mancuso both paved the way for Larry Levans legendary ‘Paradise Garage‘ and Frankie Knuckles ‘Warehouse in Chicago. Imagine what may have happened without Nicky’s support and encouragement and use of his club?! Who knows as its just speculation, either way, those of us who have enjoyed this amazing scene for over 30 years should give a huge nod of appreciation to Nicky.

Big respect Nicky Siano from all of us and our clued up readers at iconic underground magazine!

Once I’ve watched the rest of the BBC’s episodes I’ll get on it, see ya on the flip side

CAMERA FREE EVENTS STARTING TO GET ROLLED OUT!