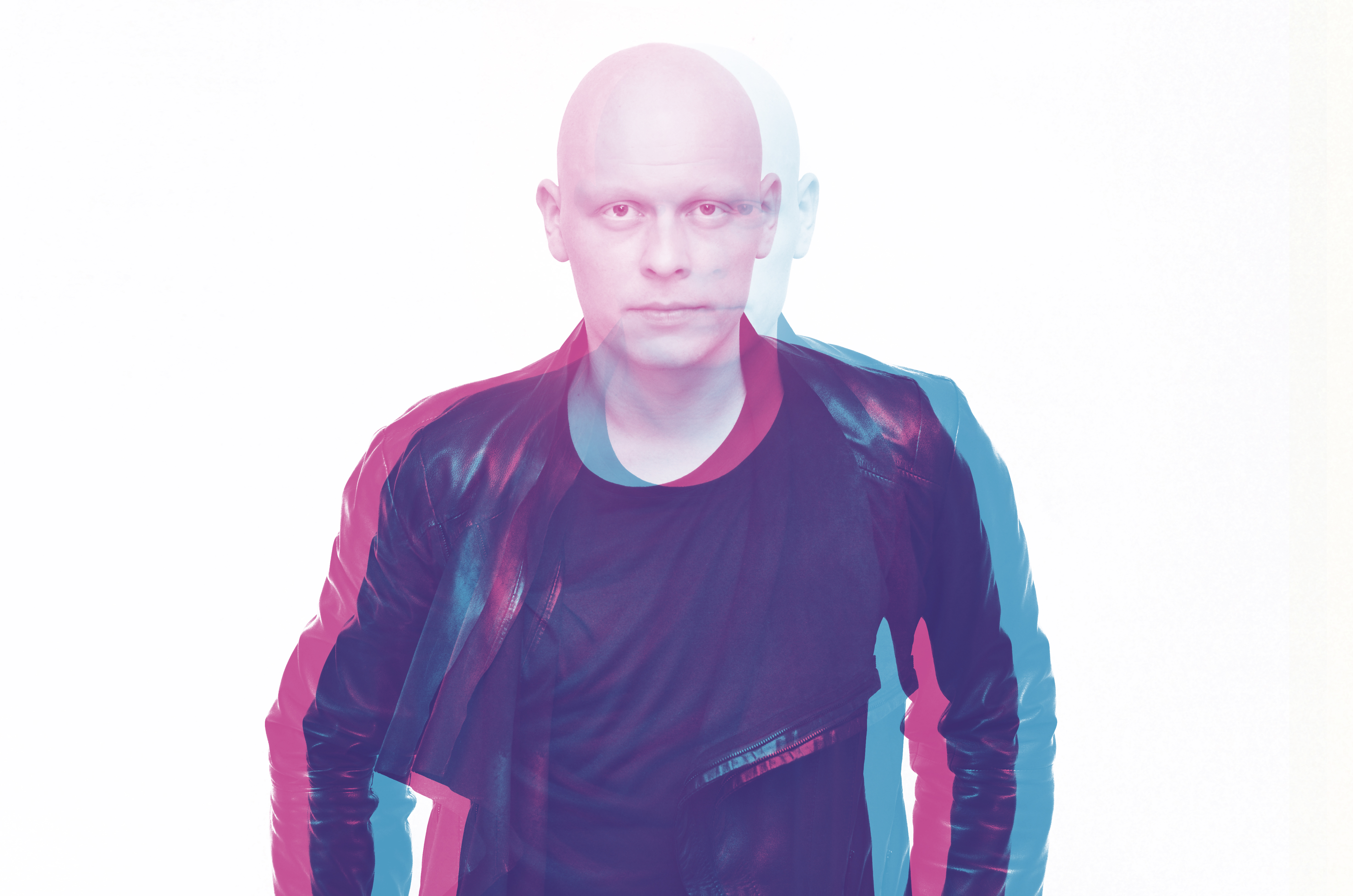 Croatian born DJ Vlad. has made Dublin his home in the last few years and cemented his place amongst the vibrant dance music community with his soft manner and banging beats to contrast this very capable innovator who’ll you’ll be hearing about a lot more… we caught up for a beer in Berlin D2 to chew the phat ..and get pissed (of course)

Vlad. total pleasure man, nice one for sharing your stores with iconic underground magazine, tell us about growing up in war torn country and how that influenced you and gave you hope?

VM: Hi Mike, thank you for having me here. Well, my story isn’t much different than any other started in the nineties. I was 13-year old kiddo living in the post-war country. As far as I remember, the mid-nineties were quite tough for all the people in that region. The economy was destroyed almost completely and people were struggling to make a decent living. I think that my generation wasn’t completely aware of what was going on. We had some other occupations. School, girls, music… The worldwide popularity of dance music in the nineties had a very strong impact on Croatian culture as well.

First, like, big rave took a place in former Yugoslavian president Tito’s military shelter based in the city center of Zagreb (Capital of Croatia). Unfortunately for me, I was too young to attend that event but what I know for a fact is that the “rave” culture simply exploded across the entire country after that one. My hometown heroes were promoting events and developing “local” scene since ’92./’93. and that’s pretty much how we all ended up being involved with electronic music. Some as DJ’s, some as promoters and some only as visitors.

I started showing interest in music at the age of thirteen. Guess that was a year of change for my entire generation because we were about to start high school after the summer that year. I’ve heard electronic music before, even on the radio, but the first track that really got me into it was BBE – 7 days and a one week which I’ve heard in my cousin’s car back in 1997. For the first couple of years, I was just listening to the music following local radio show called Clubhopping. Went to my first party at the end of 1999., and got my first decks a year after. The decks I’ve got were belt drive Omnitronics with some two-channel mixer which I can’t remember the name of anymore. A few records for a start and that was pretty much it.

MM: Nice one persistence pays of eh, so who inspires you today and if you could walk into a studio tomorrow with any artist who would it be?

VM: Being involved with the scene for such a long time, I have to say that I’ve changed my preferences quite a few times. In the nineties I was very much into UK trance / Balearic house, Belgian Bonzai Records, some Dutch and German labels as well. I guess at the time I was totally into Oakenfold’s, Van Dyk’s, Sasha’s, Digweed’s, Nick Warren’s, Breeder’s music. And many others of course. The above ones were just a few to mention. You’ve got an idea of what sound I was following. In 2000’s with all the global changes on the scene I guess my preferences changed as well. The selection of music became more techno and house oriented.

Trends were changing but I was changing too. When I look back on days and if I have to start pulling out the names that influenced me, I’m fairly sure that this entire magazine release wouldn’t be enough to name them all. Out of all names I could think of at the moment, the only people I would like to collaborate with are the people I’m collaborating with already. The Vision Collector guys, Shelter records with Stephen Mahoney and of course people I practically grow up with, Out of Place Records from my hometown ran by Insolate and Volster.

MM: You have been living in Dublin for a little while now how do you see the Irish underground scene, and where do you see it evolving?

VM: After I moved to Dublin, the first shock for me was that licensing thing and that opening hours are until 03:00 am. Like wow. It took me a while to adapt to this new environment and it’s all good now. Most of the scene is based in Dublin and talking from experience, it is very diverse. Dublin isn’t that big of a place after all and you still have a good few venues with very good promoters following world trends. Talking commercial or underground you got everything covered. And it’s fantastic. I would say that people got a bit spoilt as well. If I didn’t move here I would never be able to see or listen to so many great artists on a weekly bases.

Dublin isn’t London or Berlin or Amsterdam, It’s Dublin and it has its own charm. I don’t like it, I love it.

MM: For sure theres been massive revival of the scene in recent years, another wave! Ok, hows this for question, If you lost everything and were only with 10 tracks what would be the top essential cuts that you must have to survive and why?

VM: I see no mercy from your side!? Tough question, everyone would agree. I’ll give you 10 but with no particular order.

Mr Fingers – Can You Feel It

Larry Heard’s bomb from 1986. is an essential in any DJ’s record collection who respects himself. It is regarded as one of the first deep house records.

Released on Sistrum Recordings in 2013., this one was a part of my essential selection for a long time. I’m still playing it occasionally.

Vril’s masterpiece released on Giegling in 2010. is the underground evergreen and definitely one of my top 10 picks. According to many people the track that describes the sound of mighty Berghain back in days.

After I’ve heard this listening to some tuskwax podcast I ran through the entire building to find someone with Shazam installed on their phone so I could find out what it is and order it online. Luckily I’ve got one of the copies. It was a limited 200 copies release. 10 min mantra for open-air events. <3

Another masters masterpiece that should be part of everyone’s essential selection.

Steffi – Yours & Mine LP

Steffi’s first album Yours & Mine is simply brilliant. An album full of Panorama bar anthems. Even it is an excellent album, partially I choose this one because of what’s written on the cover. I got it from my friends as a b-day present and it says: “Live for the nights you can’t remember with the people you can’t forget!”

Croatian record label Vakum Records and their first release that I was carrying in my bag for almost 3 years. It was released in 2014.

Just WOW. That should be enough. 🙂

Unbelievably good track released in 1999. So ahead of its time.

Most probably the best album in 2016. It was hard to get it at first but thanks to the universe it’s not repressed.

VM: I needed a change. Not just any kind of a change. I needed a real one. A new environment, new people, new language, culture… Everything.

One day I woke up and after laying in bed for a few moments just decided it’s the right time to move on. In half an hour I got a one-way ticket to Dublin.

Since I’m not a huge fan of bureaucracy, that was one more reason to skip the UK. And yeah, Irish hospitality is well known, and I’m easy going guy so I was thinking why not, let’s give it a try. That was three and a half years ago.

MM: Wicked, what drives and motivates you?

VM: Nothing major, small and simple things. In my twenties, I couldn’t even notice small changes and achievements. I was looking for some big things to happen overnight which is simply not possible unless you win the euro jackpot. So yeah,

what really drives and motivates me is achieving smaller goals daily.

Even random people on the street, early morning conversations. 3 am version people are the best ever. lol

Quantity before quality in all forms and shapes pisses me off the most.

Lineups with 16 DJ’s in the room, each playing 23 min sets, pushing people to DJ publicly just because of their social status. Things like that.

What I love the most is that

even after 18 years of partying I can still see that respect, love, and unity just like it was when I started. A constant progression of music over the years and still not being able to predict what comes next sometimes would also be something I love most about the scene.

VM: There are many moments I’ve collected in my memory over the years. Couldn’t pick only one or two of them and it will sound like a cliché but every single of them was a very special one in its own way. At the moment I’m very busy gigging around Dublin and every one is a different one with different people and energy. The most important thing they all feel real.

MM: So whats next hen man, what are next big planned events and projects?

VM: My residencies with Pygmalion and Berlin D2 are confirmed for the future months. I could expect a few more gigs with InHabit which is one of the freshest Dublin projects. The way 2018 has started and by looking at those gigs announced for the next couple of months, I could easily say it’ll be the best year so far. Supporting Radio Slave at the end of February, Ame & Ryan Elliot in March…

I’ve a few international gigs coming on board as well and a festival season just around the corner; I’ll be playing a good few of them. So, there are many gigs to play until the end of the year and much more to mention but we’ll talk about it once it’s confirmed. To close this interview, the biggest project since I moved to Ireland is collaboration with Alex Gram promoting AXXS events. A bit of a different approach to an event promotion in which we’re trying to combine music and visual performances. Next AXXS is scheduled for 20th of April in 39/40 on the keys presenting Out of Place Record Label with Insolate and Volster headlining. A night not to be missed.