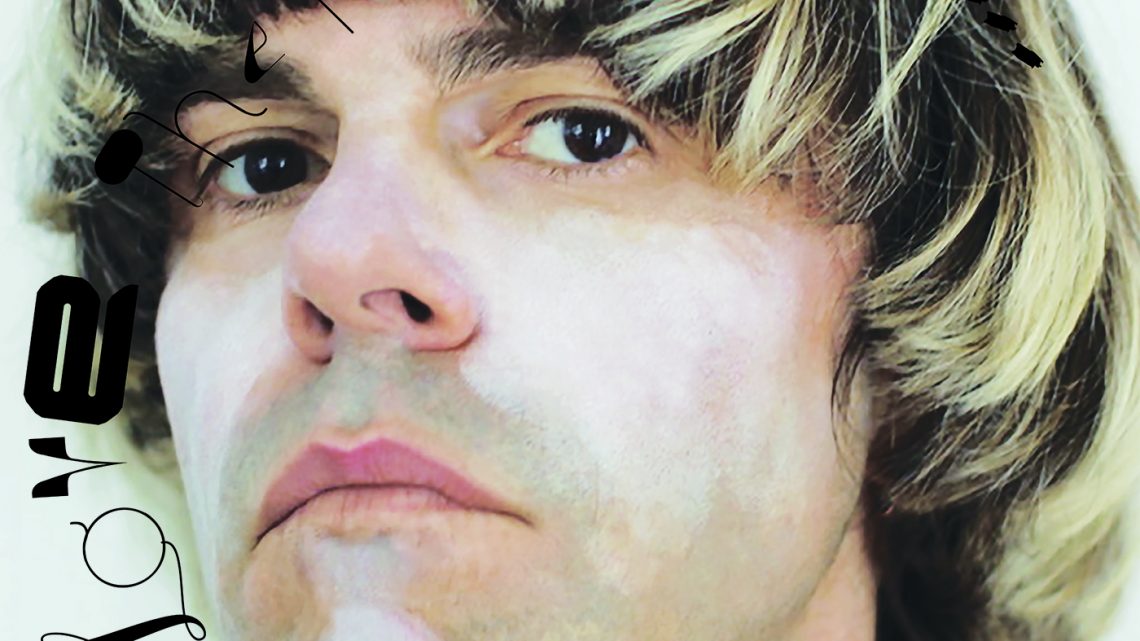 The frontman of The Charlatans, Tim Burgess is undisputedly an exceptional musician, and an artist to follow. A man who’s honest and clear with his words. A charisma that led him releasing a successful row of books, with the 2013 ‘Telling Stories’ being one of the best revealing Rock books.

Tim’s always busy within the music field. And he’s an innovator. A recent example, is his very own project called #TimsTwitterListeningParty. It was launched during the quarantine period, and it still keeps rolling with major response.

Tim has been organizing plays of classic albums from the past or present, getting simultaneously a massive interaction of fans and artists in the same time to the right place surrounded by the core of the album playing.

An amazing experience that everyone should try! Other than that, some months ago and specifically during the pre-COVID era, we had the chance to get an interview with the legendary and friendly Tim Burgess, on a very warm discussion.

I feel more fulfilled by doing all of it, but if it’s just one, then it’s probably the songwriting 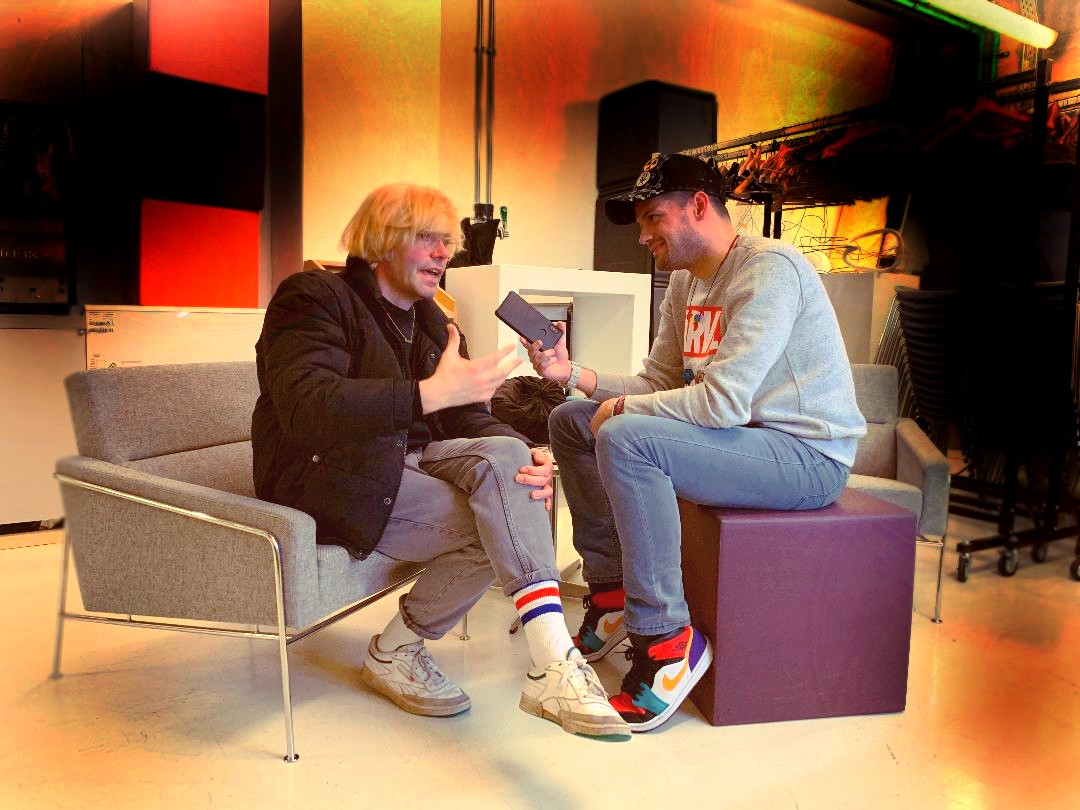 GK:  I have the pleasure to host an interview for Iconic Underground Magazine, with the almighty Tim Burgess, frontman of The Charlatans, performer, author, DJ…Actually, what does express you mostly?

TIM:  I think, as a songwriter but I like to be all the things. I like all of it really. Actually, writing the songs as I maybe got the most experience doing that. I feel more fulfilled by doing all of it, but if it’s just one, then it’s probably the songwriting.

GK:  Nice one! During the ’90s you were in maybe your most prolific years, from your 23rd to your 32nd year of age. How do you feel when you think of that period? From the Acid explosion ‘till ’99.

TIM:  We liked the music. It was a kind of race against time in a lot of ways. We’ve just felt that we got a lot to say. When our first record came out; I’m really sure, that we only thought we had like 5 minutes to say everything that we wanted to say and we got another chance to do another record and then another chance to do another record etc. We were just like ‘Oh my God, this is really great!’ and then all of the sudden, I suppose, it’s gonna end with the fact that Rob died. So, that was the end.

And then we had to come out, all-around a little bit and trying to see if we can write any kind of any worth. Well, I think that ‘Wonderland’ was great and there are some good songs on ‘Us And Us Only’, plus a couple of good tracks on ‘Up At The Lake’. ‘You Cross My Path’ is also great and ‘Modern Nature’ is amazing. It’s really amazing! This is my favorite record. And that was in 2015.

Then all of the sudden, I suppose, it’s gonna end with the fact that Rob died. So, that was the end

GK:  Since we’re chatting about records, you’re an established music personality, always chasing new records, new vibes, and new soundtracks. Can you name me a band or some of the bands that stand out for you, at the moment? Let’s say, the next big thing in the UK, or kinda Britpop.

TIM:  Well a band that stands out most to me, is Fontaines D.C. I mean, it appeals to a certain part of me. It’s not really the kind of music that I listen to, but that kinda ticks boxes for me and that type of style, it ticks all of them.

GK:  ‘I Love The New Sky’ is the name of your forthcoming 5th album, coming out on 22nd May via Bella Union. As officially stated, there are tracks of love and anger, loss and belonging. What fans may expect from your new album?

TIM:  It’s my top favorite album that I’ve ever written. It’s exciting! There an excitement in the kind of rhythm section that I was really really searching for. And also the strings, synths and guitars and all the people involved, as well as some younger people involved, girls & boys… It just has everything for me.

GK:  So, it’s totally recommended to all…

TIM:  I recommend it!

TIM:  Well, I mean it is personal. This is Uncle Timothy on there (haha!)

GK:  And you’ve also released the opening single ‘Empathy For The Devil’ with a wild video. An inspiring result.

TIM:  Yes, it’s very inspiring! The drums are going wild even though it’s quite (well not a slow song) mid-tempo. It’s all about some wild drums and a crazy video with fun lyrics. It’s a kinda got lot itself, and a lot of things going on.

GK:  What’s the best ever gig of The Charlatans? The one that comes quickly to your mind, at the moment…

GK:  I’d like to ask you if you remember your first ever DJ set. How was it?

TIM:  Yes I remember! It was on Heavenly Social, on the Albany pub, that was on Great Portland Street in London, right by the tube. I was a guest of the Chemical Brothers and I really didn’t know what I was doing, so I asked Paulo Hewitt to play the records for me so I kinda chose the records and he put them on. At the very end of the set I said ‘Go on then, I’ll just put one song on!’ and it was ‘I’m Free’ by The Who, but got the tracklisting mixed up, and he played ‘wicked Uncle Ernie’ instead. 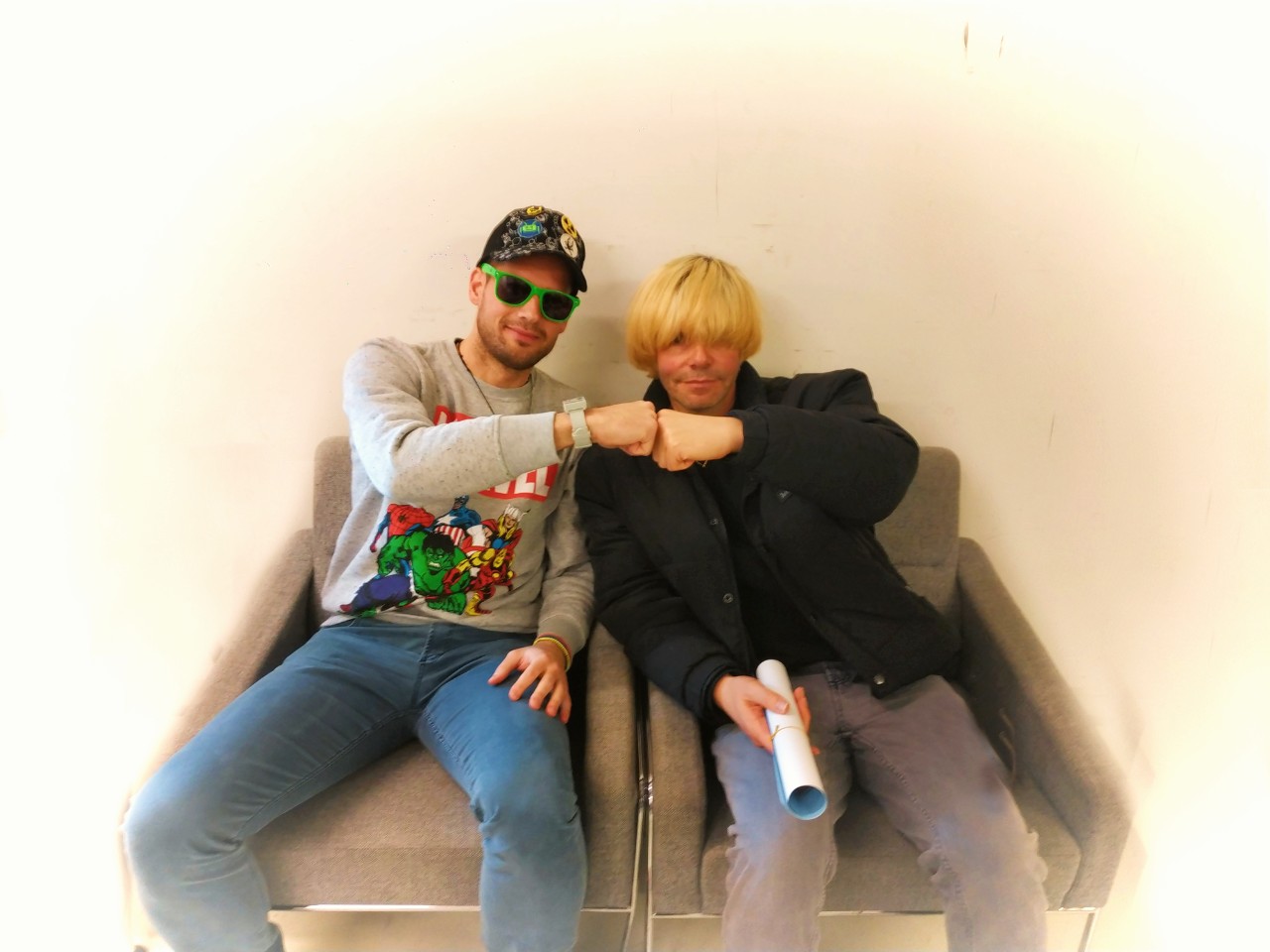 GK:  What about your friendship in overall with Tom and Ed from the Chemical Brothers? I dig a lot of your collaborations with the boys on ‘Life Is Sweet’.

I only realized that the album I was on, ‘Push The Button’, [Chemical Brothers] won a Grammy

GK:  Shall we expect anything new from you and the Chems?

TIM:  I don’t think so. Well, never say never. I mean, I contact them through on Facebook or Twitter and things like that, but I’ve got to say that I only realized that the album I was on, ‘Push The Button’, won a Grammy. So I don’t know… I think we might have peaked.

GK:  ‘Most of the Time you’re happy, you’re a weirdo’ are lyrics taken from your 1992 self-titled tune and I got to say that during the mid-90s Prodigy gigs, the iconic punk rave king, Keith Flint, used to wear a T-shirt with a big ‘Weirdo’ stable on if you haven’t heard about that. This is just my pass to ask you kindly, to send a message of life in regards to this big loss from last year.

TIM:  I’ve only met him a couple of times and obviously he was an iconic person with a heart of gold, so it’s just a terrible tragedy. It’s amazing that you just don’t know what people are going through and I think we should all have a lot more empathy and try to understand what people are going through, and in that way, we can do something to help.

GK:  Thank you a lot Tim for this interview!

GK:  And of course, congrats and best of luck with your new album!

TIM:  Thank you very much and I really like your…’ Marvel’ T-shirt!