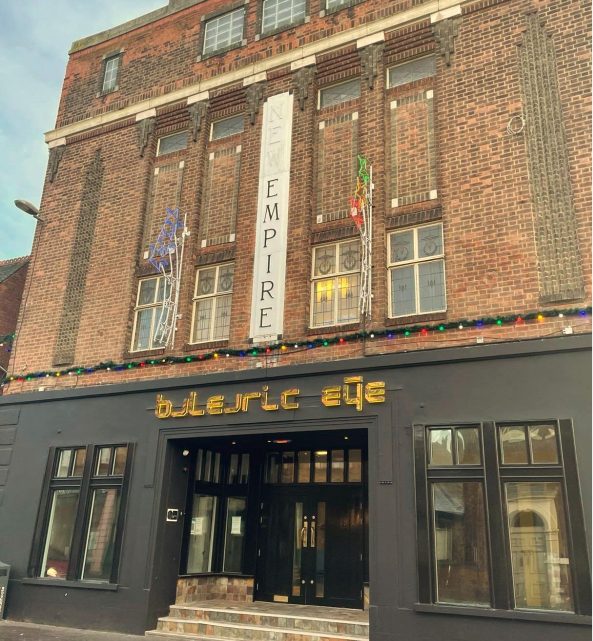 We spoke with one of the UKs biggest Acid House Entrepreneurs Dean Vincent of Future Past clothing about this brand new venture of an Ibiza/Hacienda themed restaurant and his thoughts behind it…. 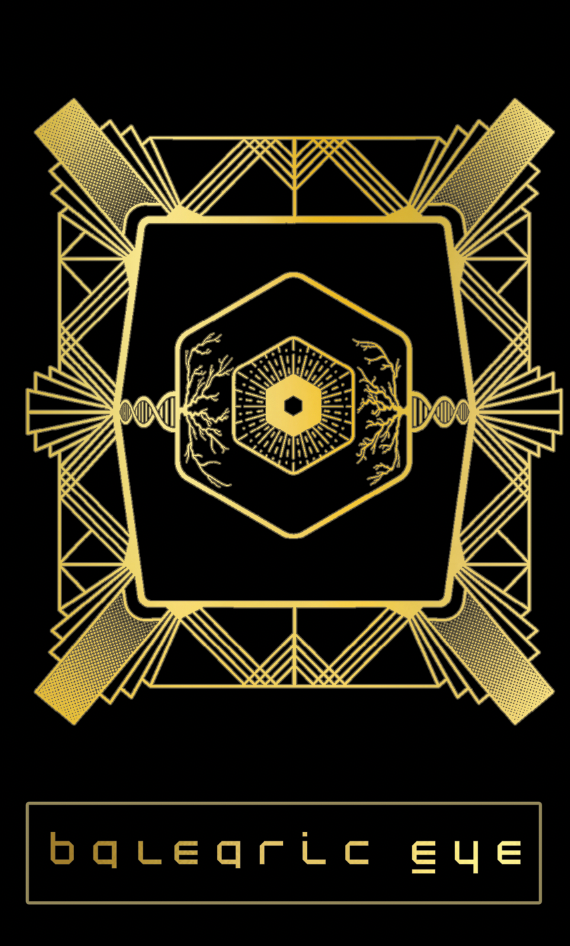 Mike: Yo Dean what’s the craic,  tell us about your new dance music venture?

Dean: Basically, it’s called The Balearic Eye which is named after David Littles’s famous artwork for Spectrum and the Balearic Beats album. I was looking for somewhere to buy and I expanded the search and all of sudden this art deco cinema which I have loved since I was a kid became available,

its a work in progress but very excited about it

It is in a small mining village in South Derbyshire – this was pre covid. So what I thought at the start was, the world’s first Acid House themed restaurant/bar! What I wanted was a super authentic dance music café like how the Hard Rock style café was pulled off.

No one can doubt the people we are working with, the authenticity, and the passion that is going into it. It’s the same passion that drives my Acid house T-Shirt printing company Future Past clothing.

Ultimately, what I want is it to become the mecca of the dance music generation, full of dance music memorabilia, the best artwork and music there was in the scene

We have talked the Hacienda into having an official Hacienda table which is going to be like a VIP area.

We had to make it work locally and as a tourist attraction, as it would be bringing people from all over the country, and we didn’t just want screeching Acid House blaring out if they wanted to go out for a nice meal.. it had to be more subtle mainly and more Balearic. 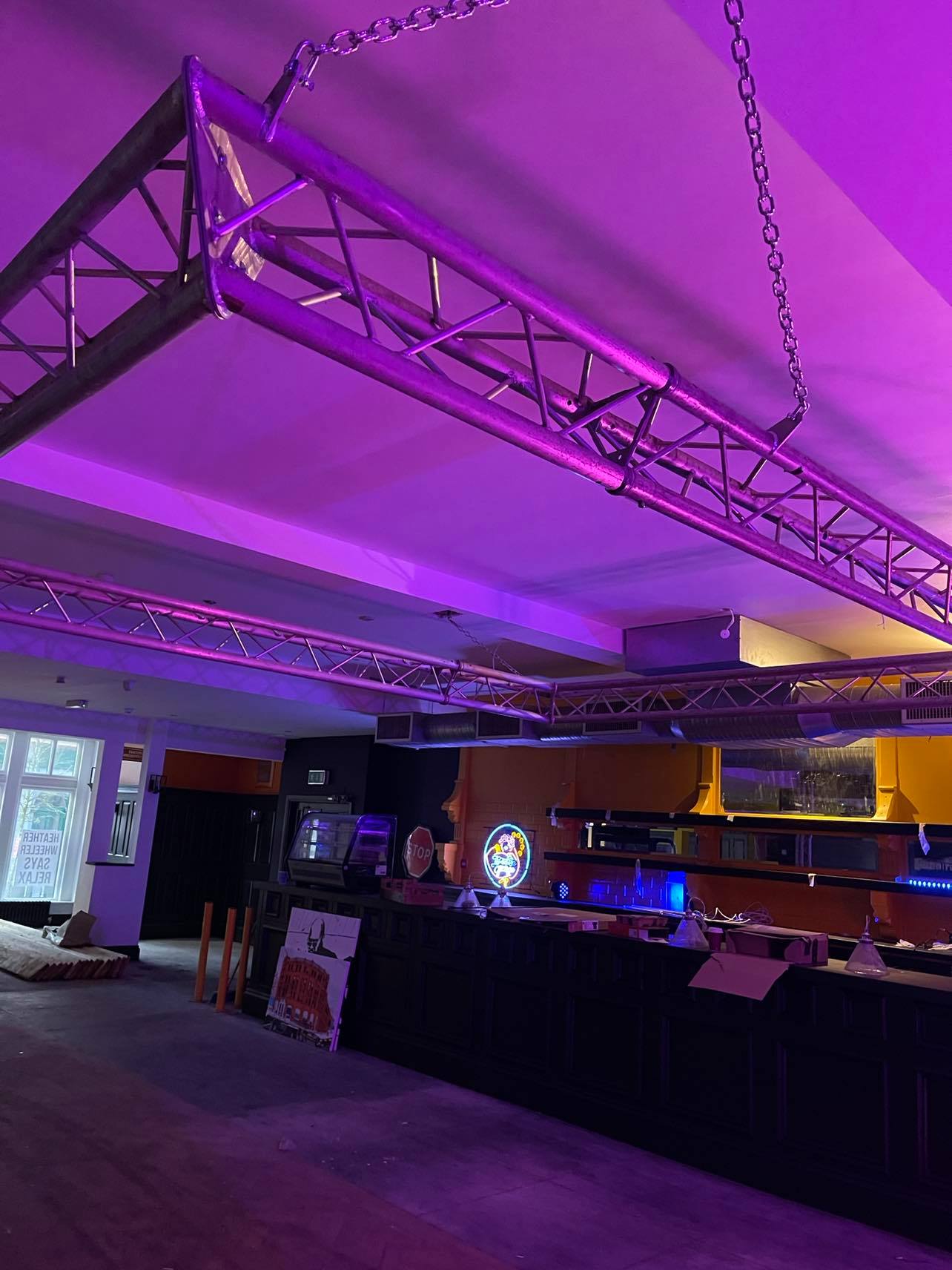 There will be some unique things like after-dinner speeches by some heroes that are there, documentaries and DJ sets while you eat your meal (The DJs obviously can’t be named at this point). We are not trying to be another nightclub; we are really a restaurant that is going to be styled to look like a mix of the Hacienda and Blade Runner my favourite film and club. I think the two together with the artwork should look pretty good.

Everything is going to be Acid House-themed including the food and the drink and things for the kids to do because the people of our generation mostly have got kids.

and adding to that amazing customer service. We are already planning to open a second venue.

Mike: Nice one Dean, so there will be individual DJs doing sets on certain days or a star doing an impromptu set while people have their food?

Dean: Yeah well, that is what we were hoping for at least once a week or every couple of weeks. I mean, I am doing something which I think hasn’t been done before. We are not trying to be another nightclub where everyone is off their your tits. So think about

Also, not forgetting the kids and putting on child-friendly raves, I think they will love it.

Mike: So the decor, the theme, the dynamics between the Hacienda will be the pulling attraction as well as the food?

Dean: I have seen a few things come up like Acid House experience in Birmingham, not like we’re doing, but I haven’t seen anywhere else do this sort of thing.

Mike: I think the scene is crying out for something like this if it is mapped out the way you have articulated it to me. Once all of this bollocks is out the way, it will be an all-encompassing experience to fill your stomach with food and your mind with nostalgia. I think it will be one of those things that will lead to a party after a few beers and good beats haha.

Dean: Yeah, well, we don’t want the hassle of drugs and trouble, plus it only has a 2’0 clock license. But this area has been starved of live music. I mean all you ever get is these shitty cover bands. So, we were thinking of putting festivals on and people like the Happy Mondays and old school DJs could perform.

I don’t want it to be an old school retro thing though. If I put events on, I would want there to be new acts as well as old ones

Since I started my business Future Past I realised what it is like to have a real passion for something you do. I have a business partner in this venture Richard, the food man. Even though he is not particularly into the music, he can feel the passion too. We are getting people from all over, especially on the Future Past page, saying were coming down from places like Manchester. They haven’t even seen it yet, so people are buying into it.

Mike: It is a great brand man! When I saw the logo on the front of the venue, I was like, that’s savage!

Dean: I still can’t believe I talked to Dave Little about designing our logo! So, the opening party, I am just hoping covid will allow us to put something on special.

Many people have asked for Altern 8. I might be getting New Orders Peter Hook to come along,

and you know how much of a big New Order fan I am! This is not confirmed though, and of course, with covid we don’t know when we can open. 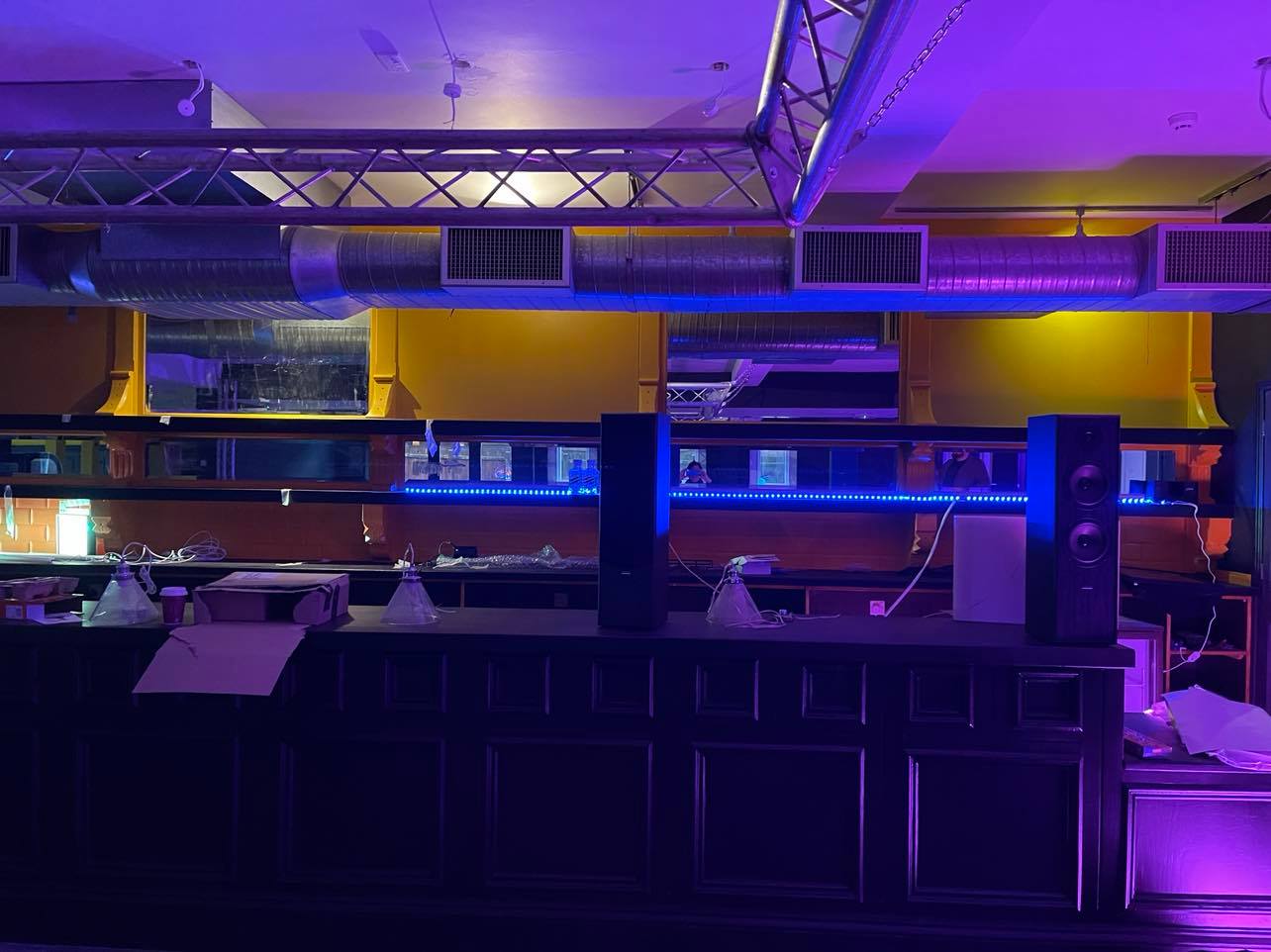 Mike: The place where you are opening the venue, a small village, it sounds like the sort of place a rave would have taken place back in the day. Thousands of ravers would descend on the village and come through. But this time, it is a little bit more sophisticated and is more of a permanent fixture.

Dean: The funny thing is some guy tried to pinch the idea from me; it was one of our customers. I announced it over a year ago, and I thought no one can pinch it cos they haven’t got my contacts or the building. This rave themed restaurant was set up in Liverpool, the worst branding, the worst name.  I just thought if that’s the best you can do to copy it get on with it, The Raving Restaurant, haha!

Dean: I think we would like to situate a Balearic Eye bar at big festivals like Glastonbury one day! 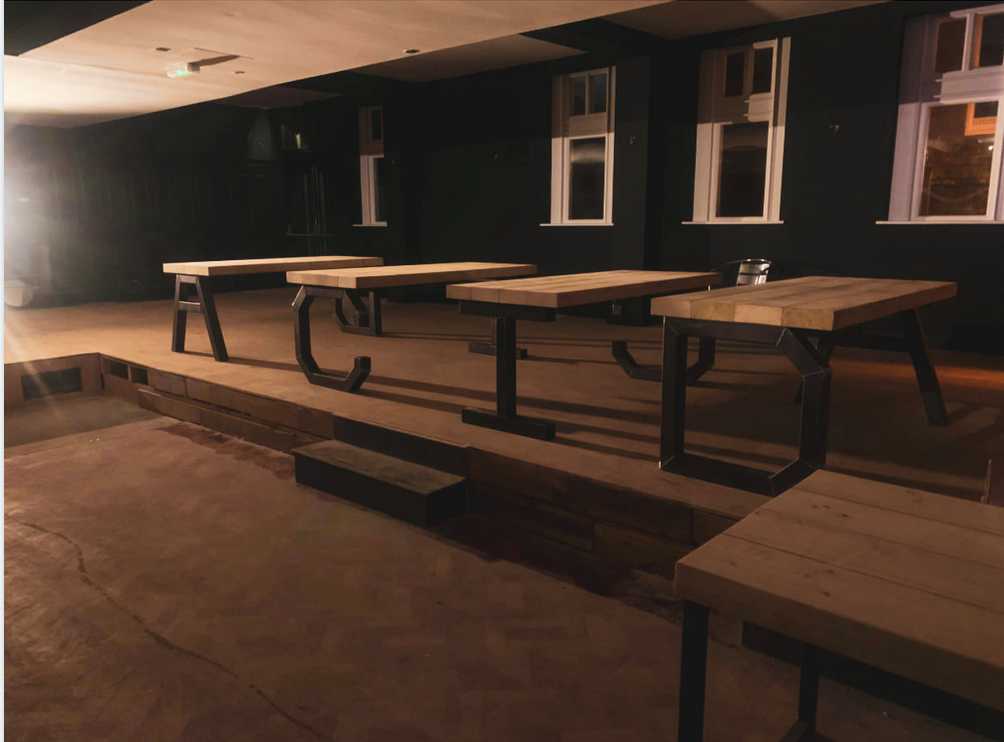 Mike: It could be a massive franchise man! The fact that we have both come from the scene and have got the passion and spirit that comes with that, then that says it all.

Dean: Yes mate, and we are looking to expand across the country, and are ambitious, but to provide that same authenticity and the same experience. There is no reason why we couldn’t have one in London?

I was told I was crazy by certain top people in the scene for attempting to do this,

but it’s been a massive part of my life. I was amazed that nobody else hasn’t done it as it was such an incredibly creative time culturally and artistically, and

the music was like something out of the future!

Our authenticity and passion will shine through, we’re even having a sculpture made of the sadly missed legend Andrew Weatherall.

Mike: Thank you so much for your time, Dean, and looking forward to whenever the open day is!