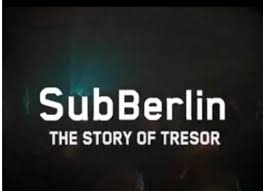 The original Tresor was in many ways the quintessential Berlin club: located in an un-renovated vault beneath a bombed out department store, it opened its doors amidst the general confusion and ecstasy that swept across the city when the wall fell.

Its low ceilings, industrial decor and generally unhinged atmosphere created an unprecedented platform not only for techno in Berlin, but also for the scene taking shape across the Atlantic in Detroit. It quickly became a second home for artists like Juan Atkins, Jeff Mills and Blake Baxter, as well as countless German DJs.
Directed by Tilmann Künzel, SubBerlin traces the club’s history from its beginning in the early ’90s to the closure of its original location in 2005. It includes interviews with many of the artists that played at the venue, from Atkins to Sven Vath, as well as the people that made the club happen, such as original founder Dimitri Hegemann.