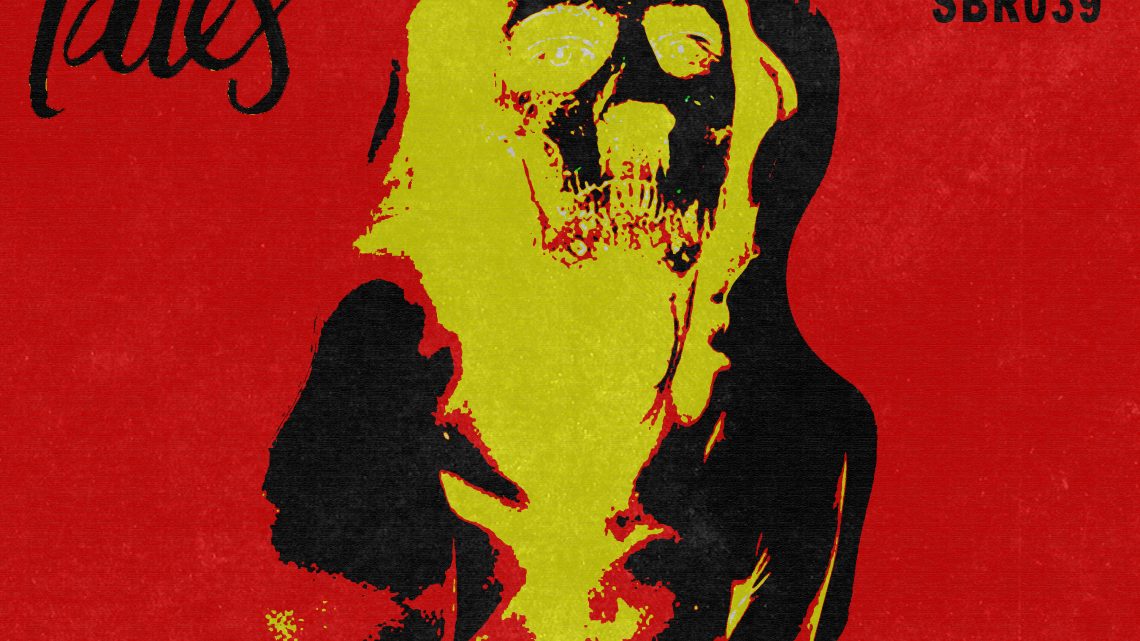 We were delighted to sit down with three of Ireland’s top underground producers Nitetales, Jay Skelly and DØC. who are all involved in the latest Sonar Bliss Records No.1 release, Transformation.

Mike Mannix: Nice one lads for talking to us at IUM. Before we get into the release, give us some background on your early musical influences and why you wanted to be part of the dance music scene? 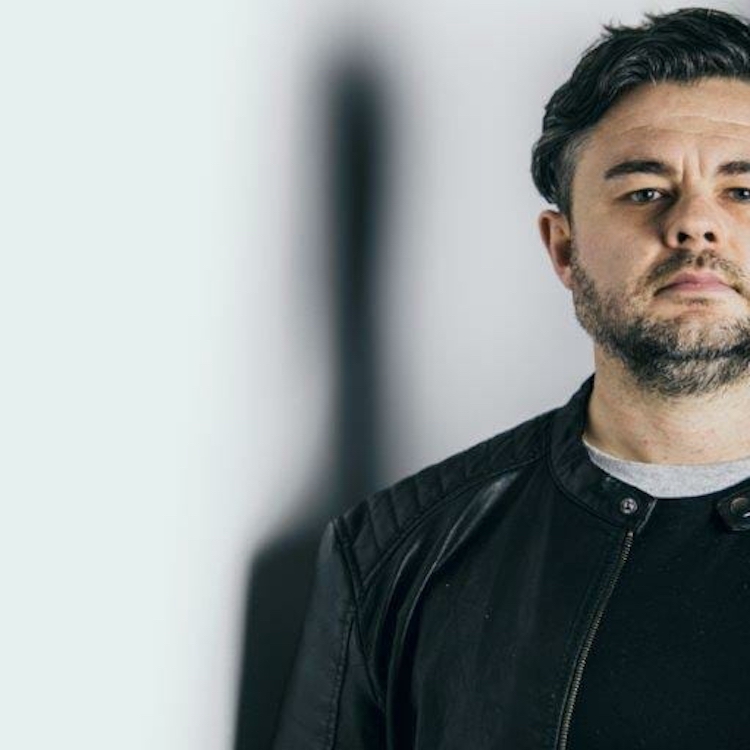 Nitetales: Thanks for inviting me for a chat Mike. God, I think I’ve had noise in my head since I was small. There was always music in my house growing up. At age 14 (90’s) I became absolutely obsessed with clubbing culture. Myself and friends from school discovered Global Underground then I bought Sasha-Ibiza album and I was hooked! The idea of being able to tell stories through music blows my mind to this day and I love the technical aspects of putting tracks together in mixes. I DJ on 4 decks where possible.

My reason for starting to DJ and still to this day is wanting to share music with people while pushing the boundaries of sound and energy. 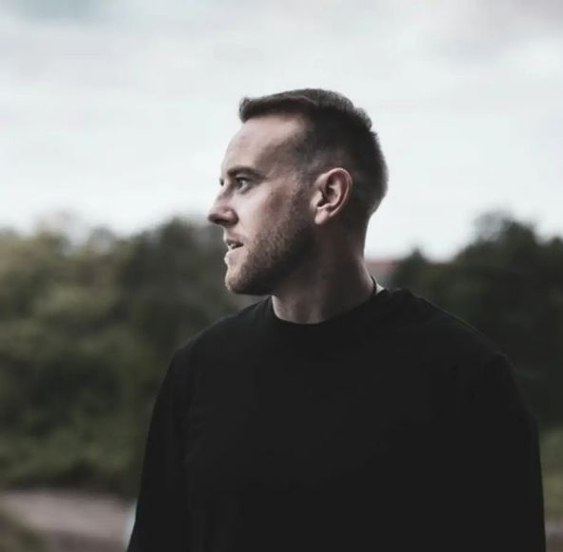 Jay: I guess growing up during a time when MTV was actually Music Television was definitely where I saw artists like Daft, Punk, The Chemical Brothers and The Prodigy for the first time. Hearing their music I was instantly hooked. Music For The Jilted Generation was a game changer. From then on I began my journey through the many genres of Electronic Music consuming everything from Techno to DnB to Disco. I love it all. If a track is made well and has that groove, I’m in there feet first haha I’m somewhere between Rhythmic Percussion focused afro infused House music and that face you make when you hear a mean as fuck Techno baseline! I dunno

I just always wanted to play and make people dance and for those few hours, get lost in music 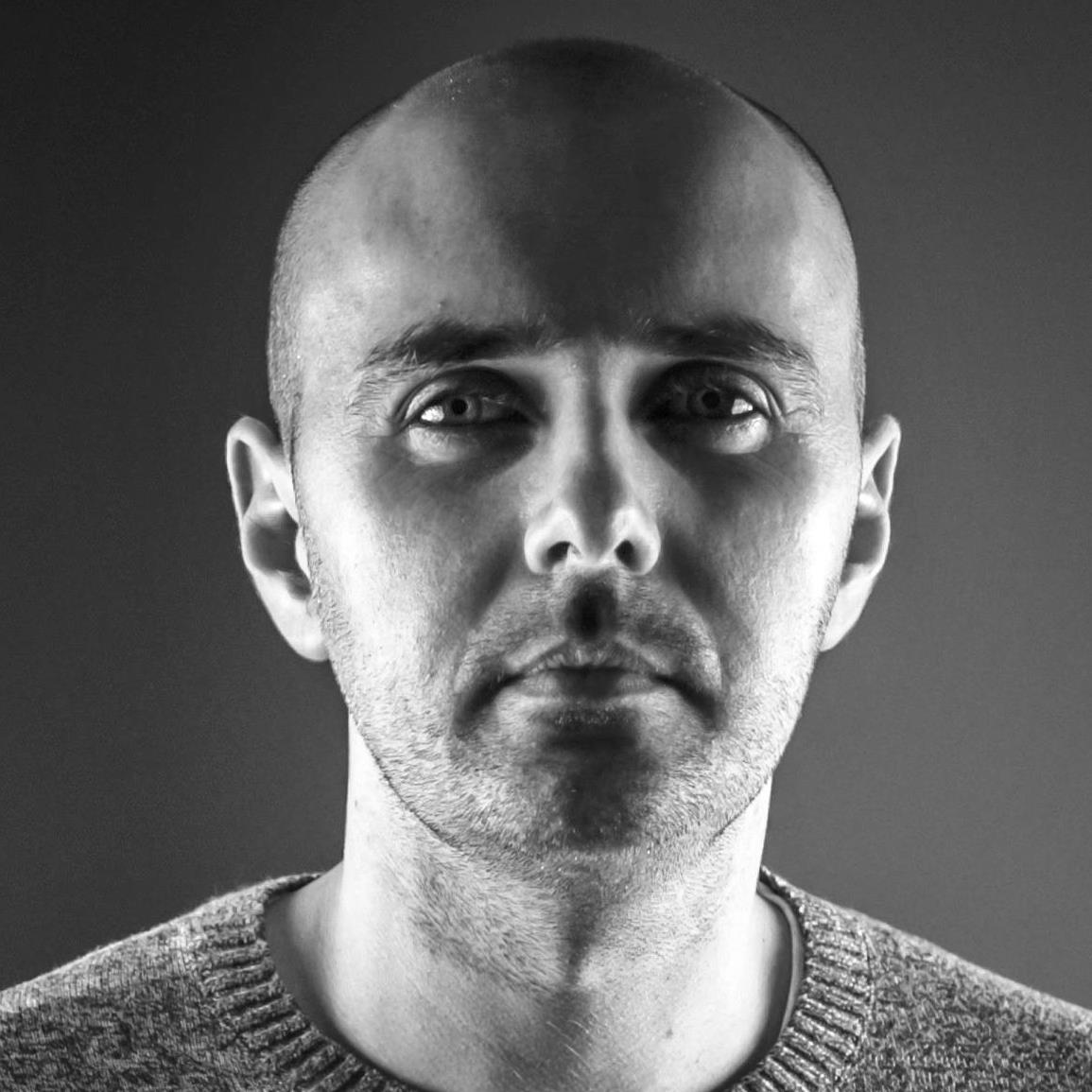 DØC: I started DJing back in the early 90’s. My early influences would have been the resident DJ’s in my local club. Peter G, Dave Davin and Tom Cole (TC) I idolized those DJ’s when I was young. I remember seeing Andy Manston who was over as guest from Clockwork Orange, and he blew me away. It would have been at least 22 years ago, and I still remember that set. So many DJ’s influenced me I couldn’t name them all.

Why I wanted to be part of the scene?

Just for the pure love of music and nothing else

If it was for any other reasons, I would have given up a long time ago.

Nitetales: I’ve been DJing in clubs for 20 years. I’ve had success in playing in different countries, some festivals and lots of clubs in Ireland. My favourite way to play is long sets and preferably before or after headline acts; 4am-8am being my favourite time to play. I’ve been a resident in Pygmalion (Dublin) for 5 years of which I’m very proud of. I’ve also broadcast on radio with both Phever and Ibiza Club News for the last few years.

I started three years ago and was lucky enough to have a number one on Traxsource with my first release Time Theft!

Jay: I first got involved in my hometown of Portlaoise. I got a gig in a friend’s Cuban themed bar…back then small towns in Ireland were very live music centric. So, imagine me showing up to play music with no words haha where I played with an old friend, Steve Ward. He was more experienced so if messed up I could rely on him to take over which luckily for me, it actually went well. I made my first beat some years later with another friend for a charity compilation. We were both doing music in Limerick at the time so it was a cool collab and a big learning experience. I must dig out that track actually, might be worth revisiting.

DØC: I started DJing from the age of 14/15 I can’t really remember exactly. It would have been around 1996/97 I think. I grew up in Longford and we were lucky enough to have one of the very few dance clubs in Ireland at the time, outside of Dublin. It was called ‘The Privilege’. I was too young to get in there, but my sisters friends worked there and would let me in the side door every night. It was there were I fell in love with the whole scene. I bought a cheap set of belt drive turntables and my neighbour John Moran who was also a promoter for The Privilege taught me how to DJ. After 12 months of practicing John offered me a warmup spot in The Privilege. I was just 16 years old and played there many times as well as all over Ireland with The Privilege residents so that’s how I got involved with scene.

I didn’t start producing until a much later time. I stated producing around 2010 and did a course up in dry arch studio’s with Reuben Keeney (Rebuke) and John Kearns. John Kearns is a genius, what I learned from him has helped me so much over the years when putting tracks together. 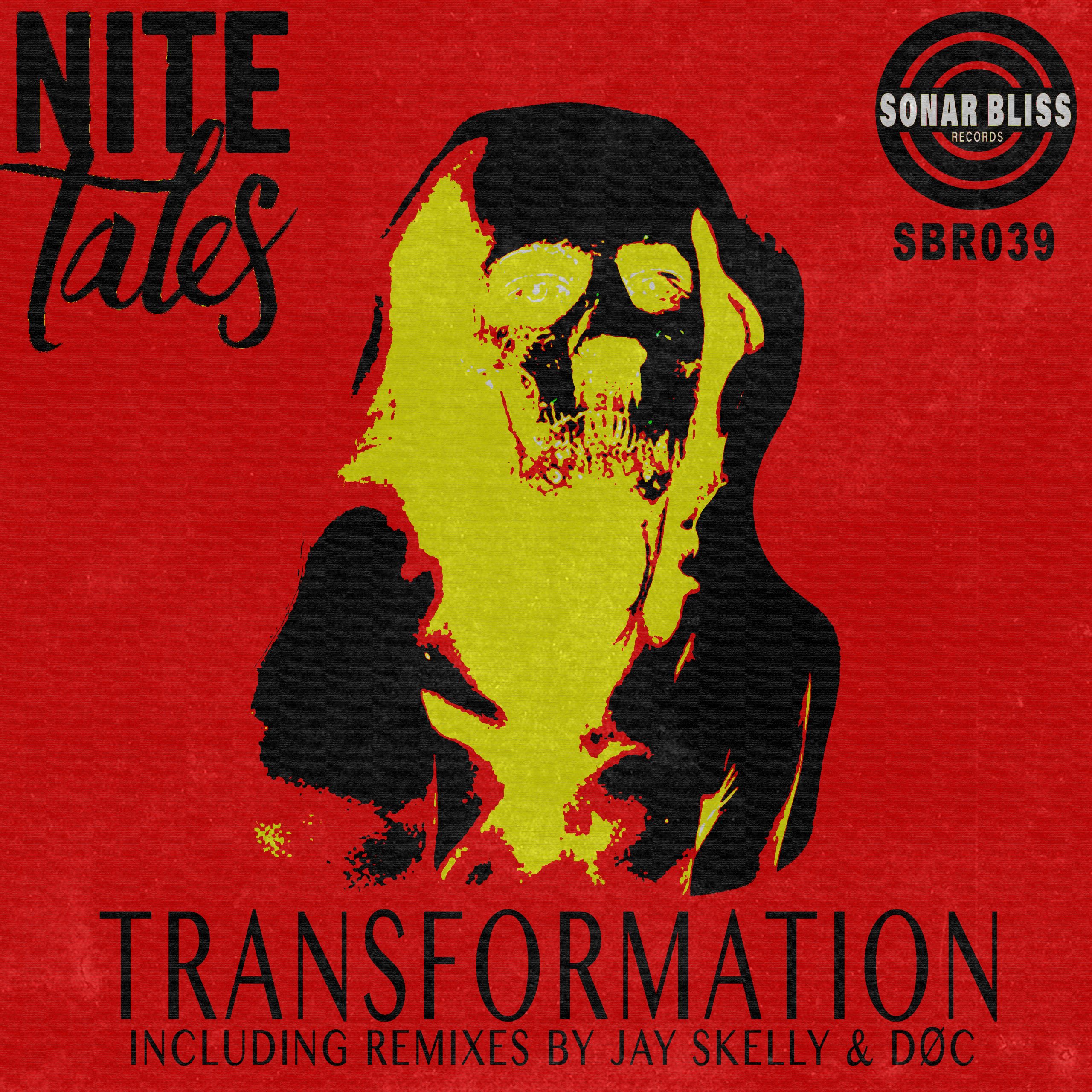 MM: What DJ’s / Artists / Producers are behind your ever driving passion for the scene, and who are you currently working with?

Nitetales: There are lots of artists I check in on and reference. Sasha and Digweed being the pioneers, James Holden, Mano Le Tough and the Maeve crew, I love really musically diverse acts like Fort Romeau, Man Power, Terr, Dixon, Ame, Job Jobse, Krystal Klear. One to watch is Sama Abdulhadi!

Jay: I think I’m driven a lot by seeing the many Irish Artists slay the fuck out of the scene! We are killing it to be fair. Artists like Mano Le Tough, Hybrasil, Between Ourselves, Neil Flynn, Brame & Hamo, Tim Blake to name a few.

For such a small country we are doing great things and there’s more to come in the younger generation I see coming next.

I’m working mainly on my own stuff at the moment and collaborating with some very talented vocal artists here in Berlin. I had 16 tracks to finish, I’m down to 10 now so quite a bit left to do!

DØC: DJs who I am a big fan of would be the likes of Damian Lazarus, Rodriguez Jr., Lee Burridge, Darius Syrossian, Maceo Plex, Thomas Schumacher, Booka Shade and of course my good friend Rebuke. What he has done over the last few years is amazing to keep the level of productions up consistently is just crazy.

Currently I am working on an EP with my friend from Italy ‘SMASH’.

We are deep in the process of getting the second track finished at the moment.

MM: Since the blight of C19 how do you see the scene, what’s been its impact and what do you see happening over the next years or so?

Nitetales: It’s just been such a weird period of time for everything. I think art will always find a way. People have been dancing in fields to music for thousands of years. On the plus side we have seen artists (including myself in this) start to write and release more music as time constraints loosened.

I honestly don’t think we should rush the club scene if it’s not safe. Fortunately, all the venues I’ve been in since October this year have had a very high standard of safety.

I think governments will have to work with the hospitality and night time industries to keep them in business. Day time parties (completely safeguarded) are ways to do this

Jay: Yeah C19 really fucked everything up. To be honest though the music scene is probably up there with having the most rigorous testing of all the industries (medical aside). I think once we can get everyone vaxxed and then even take a test before a gig it should be fine. So long as they don’t fake the tests, people did that here in Berlin and are simply giant assholes that are jeopardising the already fragile comeback to gigging just for themselves. It’s selfish and stupid.

DØC: Ah it will pass. Everything will go back the way it was. It is terrible what has happened to the Arts, but I do think it won’t change much.

I would love to see it go back to the way it was in the 90’s when the DJ you idolized was the resident of your local club but that won’t happen, it’s a much bigger industry now

MM: Let’s talk about your release ‘Transformation’, how did you get involved with Sonar Bliss Records and how did DØC/Jay get involved? 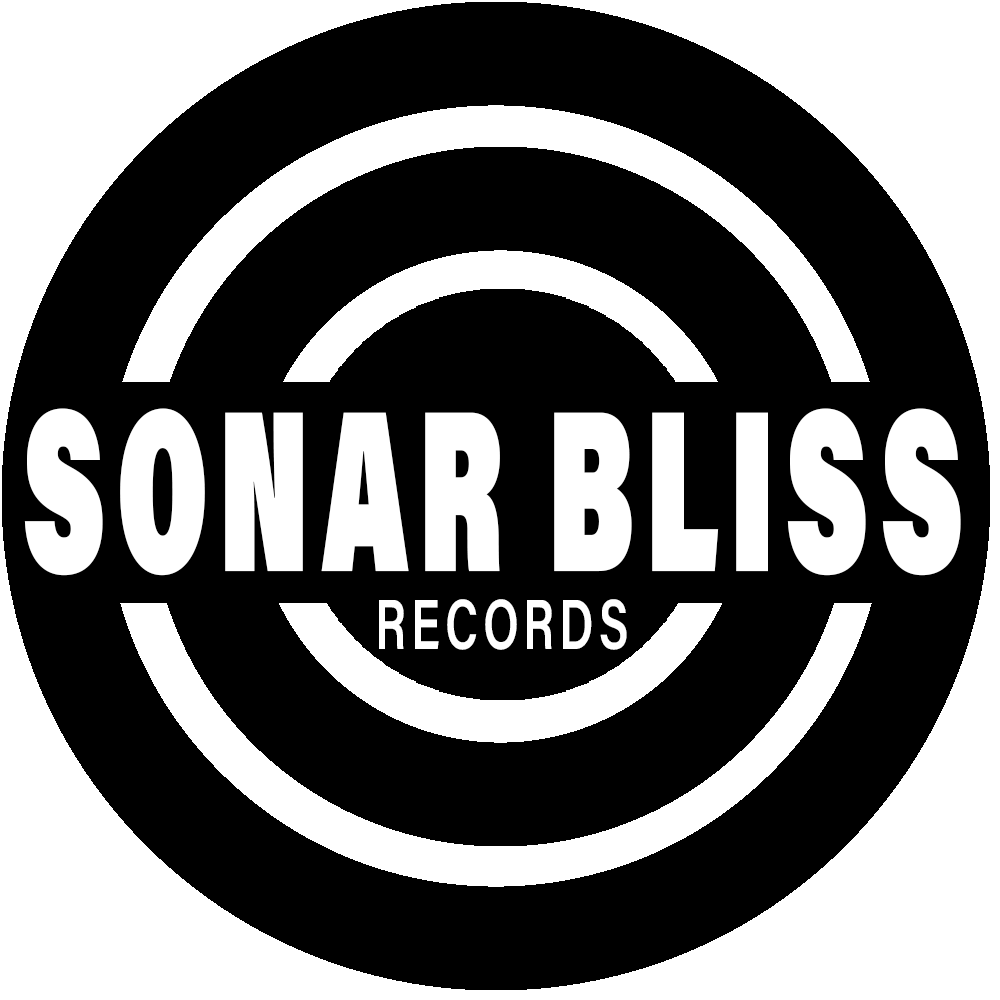 Nitetales: Tony and Suggzy in Sonar Bliss started sending me promos for my radio show which I loved. They then asked me to contribute a mix to their series (which I also loved!).

I wrote Transformation from a very deep and dark part of me. I grew up listening and playing Progressive House so

I’ve always tried to keep groove, melody and some punk at the heart of my productions and sets

I don’t focus on genre too much. Anyone that knows me will always be able to spot tracks I’m into.

Darren and I have been friends since we both started DJing together year ago. I asked Darren to give the track a really pumping remix and that’s exactly what he did.

Jay is the same, we have worked together for years. He is based in Berlin and I wanted that environment to be part of the record.

When I had the pack ready I knew Sonar Bliss was the place for it. Delighted to have an all Irish release!

DØC: Well, Nitetales is actually a long-time friend of mine. We grew up in the same county and hung around with each when we were young. So, it’s an absolute pleasure to be featuring on a release together after all these years. When he sent me the track and asked me would I like to remix it, as soon as I heard I said 100%.

The original is such a good a track, I definitely wanted to be part of that release

Nitetales: More music releases hopefully! I have a single out early next year and another EP being finalised.  Continue on my residency with Pygmalion and take on maybe one monthly residency abroad.  Some more radio work. For me this is a marathon which I plan to run until I can do no more.  I like playing smaller venues and parties with no frills!

Jay: Release more music, take more me time. And dance my arse off at some amazing parties with awesome people.