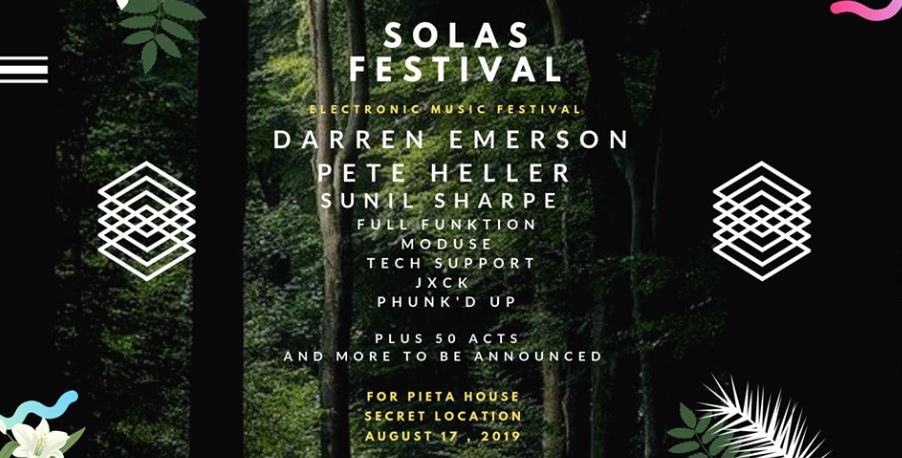 One of the greatest elements about dance music when it exploded in the late 1980s was its incredible ability to completely smash open centuries of class/racial/political and religious divide, even football allegiances (for a time) and brought people together.

Its really got to be said how a couple of empathy focused individuals that happen to love dance music and who happen to have been involved with the Irish scene for decades can come together to create whats now becoming an annual event, and at the same time create an awareness about what until recently was a taboo subject (mental health) that can literally effect all of us at some stage in our lives.

Great minds work great when we all work together!

In association with Pieta House supporting suicide prevention and mental health awareness. Brought to you from a select collaboration of Ireland’s Electronic Music collectives, crews, DJs & artists, alongside International headline guests. Set in an intimate private boutique setting with 5 music areas, multiple vibes, bars, food and attractions. Come to enjoy while making a difference and possibly saving a life.
******
Tickets: http://bit.ly/SolasFest2019
FREE Afterparty in 39/40 aka Index for people with festival wristband

A day of pure enjoyment Solas Festival on the 17th of Aug in an intimate setting with multiple vibes with great people for an amazing cause Pieta House, Preventing Suicide and Self Harm

Darren Emerson – ”Really Looking forward to playing at Solas Festival. It’s also in one of my favourite cities.
You know you’re gonna have a great time with the Irish crowd and it’s for  a fantastic cause “Pieta House.”
So come down and join us !! See you on the dance floor.!!”

Raymond O’Connor – ”Well, about three years ago I lost a good friend to suicide which affected me myself and put me in a dark place along with other stuff going on in my life, to make a long story short I sought help from Pieta House and they were amazing, the work they did brought me around from thinking really bad things to thinking positive. This is why I decided to run Solas Festival in 2017 and teamed up with Dean Sherry and his crew to make it a success. Our plan is still to keep an intimate buzz with good people and hopefully, we pull it off and raise money for Pieta House at the same raising suicide awareness helping to save lives”

Laynee – ”I’m delighted to be a part of this boutique festival. The fact that it’s for Pieta House is all the more reason to be involved. A lot of time and effort has gone into the organisation to make this as unique an experience as possible for artists and clubbers alike. Pete Heller hasn’t played in Ireland for over 10 years so there’s a buzz about him playing. Darren Emerson and Sunil Sharpe bring different styles of techno which will cater for everyone. Collectives from all over Ireland are coming together to complete the line up including myself and SJ Goff going b2b as Girls on Top for our first festival appearance on the Raw Cutting Edge Music stage, set times to be announced.