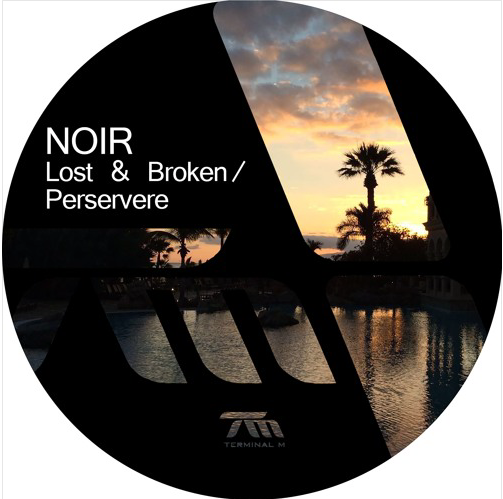 September 4, 2016 Off By Iconic Underground

The latest output from “Monika Kruse” imprint “Terminal M” is by the excellent Swedish based “Noir”.

The “Terminal M” label output of recent as been very impressive with an array of quality driven exhibits which have certainly been setting a standard and pace. “Monika Kruse” own collaboration with “Pig & Dan” was a real treat and prior to that we had an exclusive release from “Anna”.

“Noir” for anyone who’s not familiar has been a real an insistent creative hub of activity for quite some time. Releases from this artist have been frequent, hit all the right labels and respective DJ play lists.

As an artist / production sound “Noir” is one which is quite hard to quantify. He cleverly covers a cross merge of influences from Deep House, Tech House, Progressive and Techno as you would expect to hear on a “Terminal M “ release.

On this release “Noir” has continued his insistent quality we have become accustomed to but also included a few surprises.

The first track on the playlist is the title “Lost & Broken” which features the vocals from “ Hendrik Bukhard”. “Hendrik Bukhard” is not somebody I’m not personally over familiar with but I can say is the vocal quality is good. The track starts with airy feel to it to whilst building in anticipation for what a very tougher stabby techno percussive outlay next.

There’s elements of  “Noir’s” trademark arpeggiators that build smoothly in / out of the arrangement and a great emotive driven break down that is unique for this style of track. It’s great sounding sonically and captivating throughout.

Next is the title “Perservere” which also features vocal work form “HRRSN”. Here we have a much heavier sounding techno driven percussive power play from the outset. The vocals filter into the arrangement in a chopped up effected fashion. The track continues to build centered around pounding rhythms, more techno power play and real intensity as the “Noir” style synth lines build more aggressively.

The middle break of the tracks arrangement really opens up the dynamics and one which you can imagine having a huge audience impact on the big stage and intimate floors.

Overall another great release from both “Terminal M” and “Noir” and one, which really that really shows that you can be versatile with influences. Both tracks also include instrumental versions for the full release.