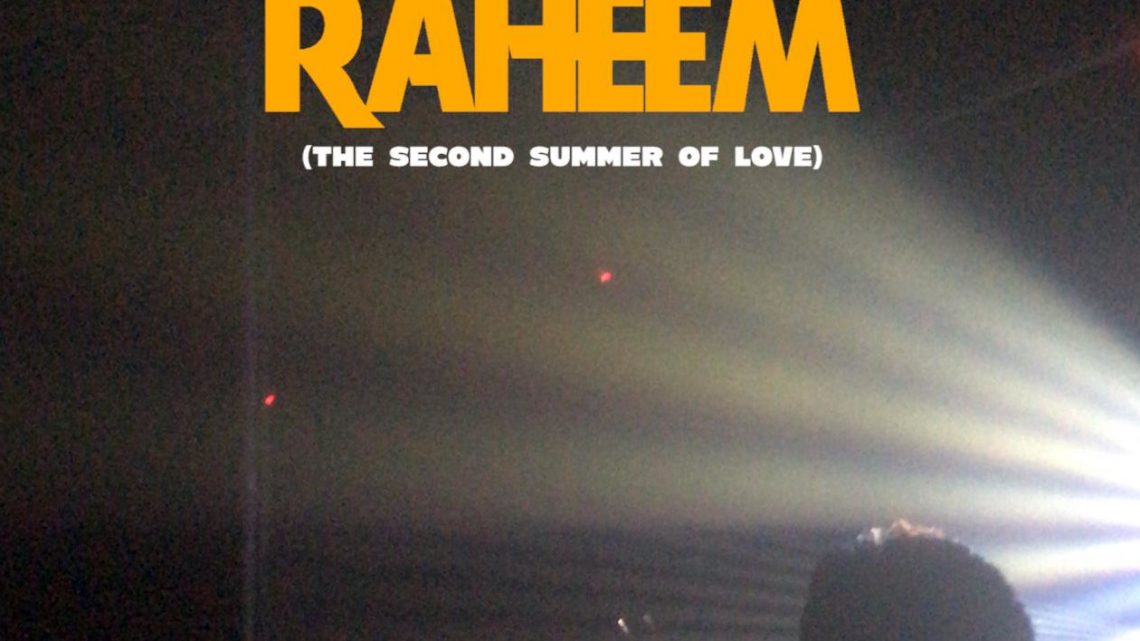 Summer 1989. Rave culture has just begun. Black British Raheem is sexually confused as of late. He’s been selling pills at illegal raves with his pal Koop, taking too much MDMA, and secretly getting with guys in the process.

To make matters worse, Koop is a reformed skinhead and will probably kick Raheem’s head in if he finds out.

The aforementioned Koop has been seeing 16, fresh out of school, Allie for the last few months on a sexual basis. Allie wants nothing more than for Koop to tell her that he loves her. Unfortunately, that’s too much commitment for our Koop. Welcome to the party.

A ‘party’ which is directed by a young and aspiring great talent like Tyler Richards from London. Tyler is specialising in creative writing and film and theatre directing. His latest film, by the name ‘Raheem (The Second Summer of Love)’, is going back to square one of love and innocence and pure rave spirit.

We had the pleasure to have a quick little chat with the creator of ‘Raheem’ getting an insight into this new amazing adventure.

GK: Tyler, thank you for this interview for the Iconic Underground Magazine, and congratulations on your new and aspiring short film ‘RAHEEM’, which is your graduation project for MET Film School and it looks very interesting in every single detail.

Tyler: Thank you very much, excited to be here and to share this project with you.

GK: Are you satisfied with the crowdfunding response and the whole support overall?

Tyler: Absolutely I am, we reached our target goal and had heaps of support from the rave and film community. I’m just really overjoyed to hear it seems to be resonating within the community.

GK: How hard was to finalize the whole project since it all started a few months before the beginning of the pandemic?

Tyler: Making ‘Raheem’ was always going to be a tough one, we were stacked up against it in terms of time and logistics as always, but as previously mentioned it was for my grad film in 2019. So we managed to shoot and get a rough cut screening together in time for graduation screenings at Westfield, with the intention of adding finishing touches at a later date…Then unfortunately Covid hit and it’s safe to say it delayed us more than expected. 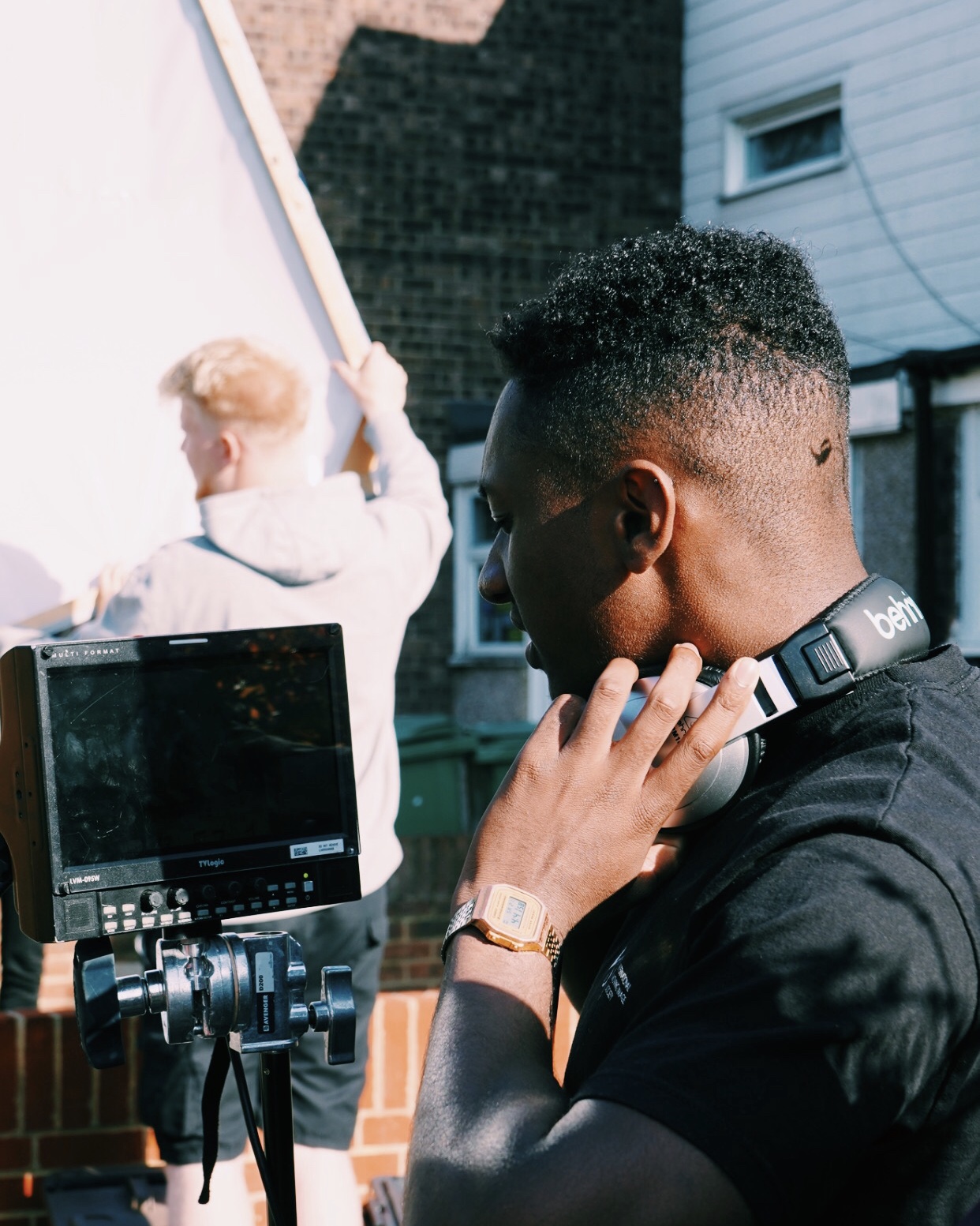 Tyler: People’s stories. People talk about the past and those early days of rave with so much fondness and love that just doesn’t seem to exist in the same way in the rave community now. I think of ’88 to ’90 a lot as my family talks about the past frequently and

I remember watching some rave archive footage and there were people of such a divide of backgrounds dancing and raving together that arguably might not have happened before this movement. So I thought what if we take a few of these widely different characters that on paper shouldn’t be friends and watch them grow over their formative years in the rave community. So it all just fell into place really. 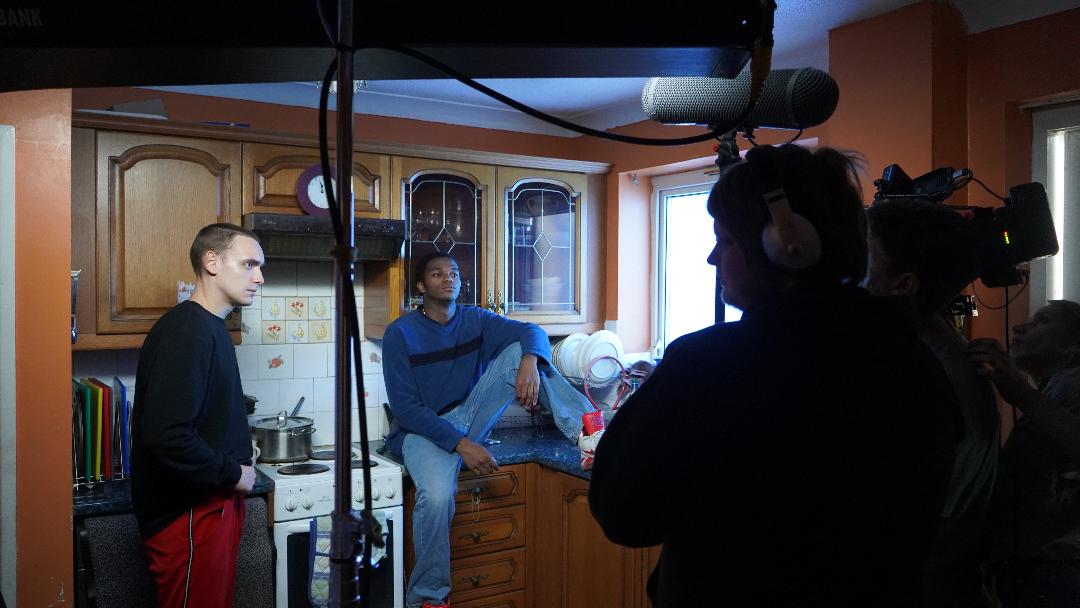 GK: Films like this are always showing off characters that represent that time and can easily stick to the viewer’s head. In a nutshell, can you give us an insight into the heroes of your film? Few words about the selection of the actors participating in this project.

Tyler: So our three main characters are Raheem, Koop, and Allie. Raheem is a young black male struggling with his sexuality as he secretly begins having same-sex interactions at raves, unbeknownst to his best friend Koop who is also a reformed skinhead. Koop has been seeing 16-year-old fresh out of school Allie.

We got so lucky with the casting, we did because everybody was so open to trying new things on the day, which can sometimes be rare. But everyone was so ready to dive in and it really made for such a pleasurable environment to work in.

The characters have all been with me for a long time, some in homage to other films compiled together, some based on real experiences, but the beautiful thing about the cast we had was everyone made the character their own and that was fun to see. I’m very much excited to see what Ben, Liam, and Lydia do next, as they’re all wonderful people to work with.

GK: As aforementioned, this short film is your graduation project for MET Film School. What are the plans for it? Are there any thoughts for a full-length film of ‘Raheem’ or if it’s going to be available in any platform or physical copy in the future?

Tyler: I can confirm a script for the feature-length version has been written, hopefully, once the proof of concept for ‘Raheem’ is released it will gain traction. I’m very excited for what is to come. 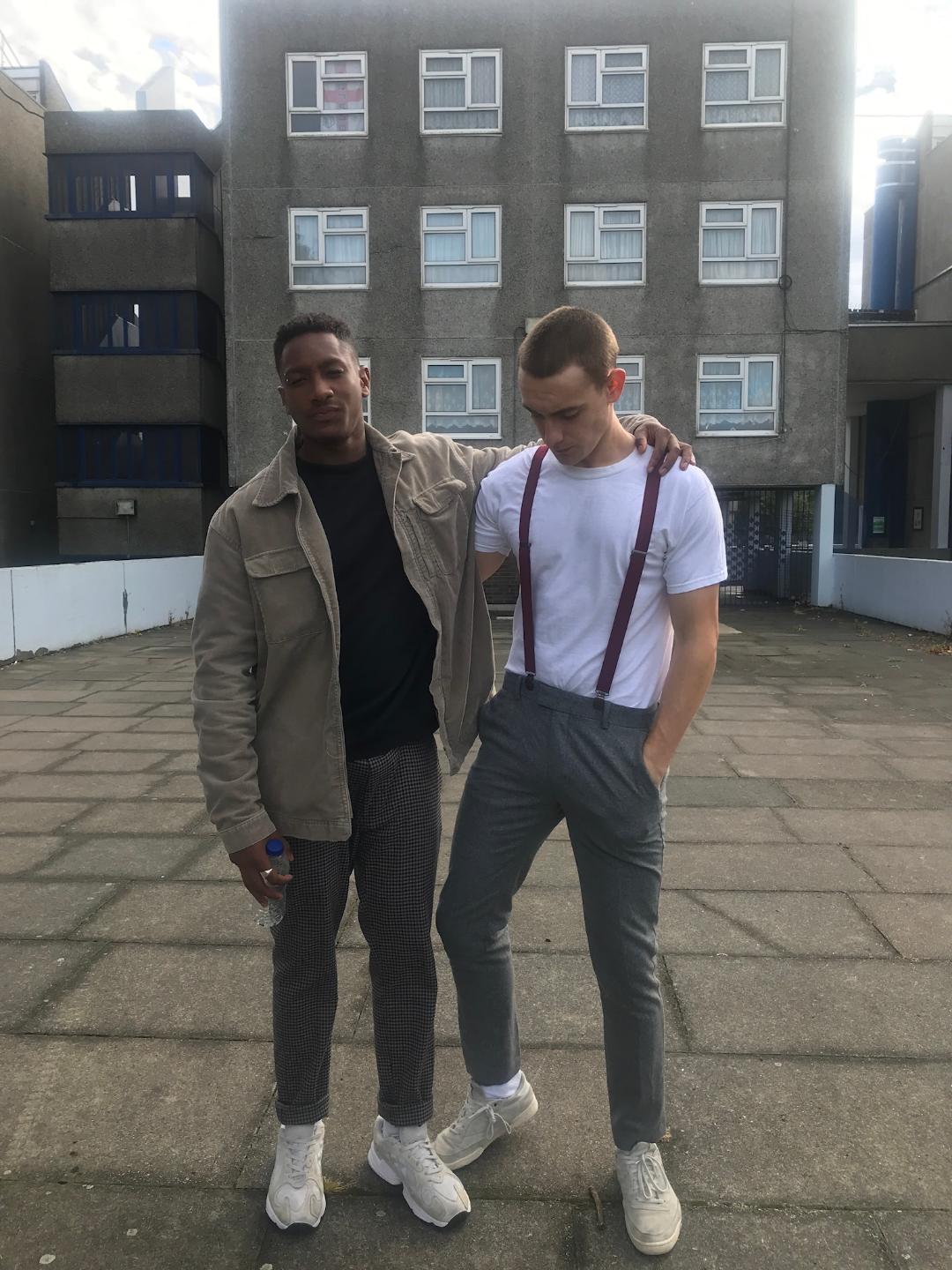 GK: How did you come up with Denham Audio and Borai for the score of your film?

Tyler: The collaboration with Denham Audio and Borai felt very organic, the project was just in infancy and we’d put a few posts up on our social media which Peri then found and gave me a message. We chatted and just clicked instantly, they knew exactly what I was looking for and said they wanted to help and it just flowed from there really, they made it such an easy process.

I’m so appreciative Peri did message because they all did a fantastic job in giving the film its rhythm and I couldn’t be more grateful for what they’ve contributed.

GK: Socially and culturewise speaking. Do you see any differences or similarities between the early rave days and nowadays?

Tyler: That’s the core of what the film is about really, it was a massive cultural change in terms of what was socially accepted. People of all backgrounds dancing in unison and what’s fascinating to me was before

you had all of these separate youth cultures Mods, new romantics, skinheads, punks, football hooligans, rudeboys divided, now all of a sudden together dancing under one roof because of this music

Whereas I think now, yes it is all about the music and the rave community is all about free love of all kinds, but to be there at the dawn of this new ideological way of thinking. That must have been a really special time.

GK: On a personal tip, are you already following your dreams or there’s more to come? Fancy dealing with anything else within the Arts field?

Tyler: I feel extremely lucky to be able to work as a director at a young age, I’m pleased with the way everything has panned out for me so far and I’m excited for what’s to come. Incidentally, I have a new film coming out with Underscore Studios, titled ‘These Streets’, a spoken word film highlighting a class in the arts which I’m very excited about. 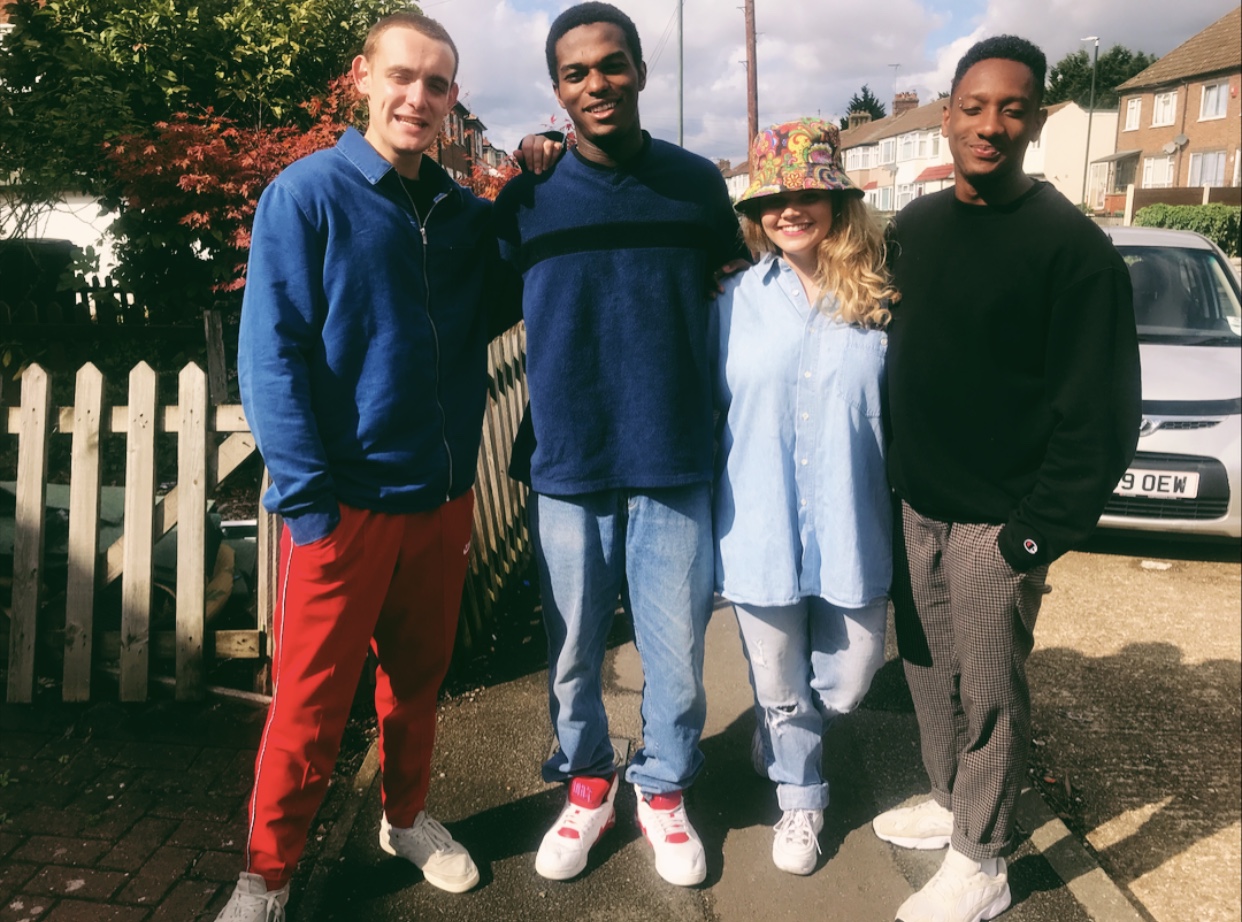 The featured photos are included with the kind permission of Tyler Richards.

‘The Night’ by Noxious Element