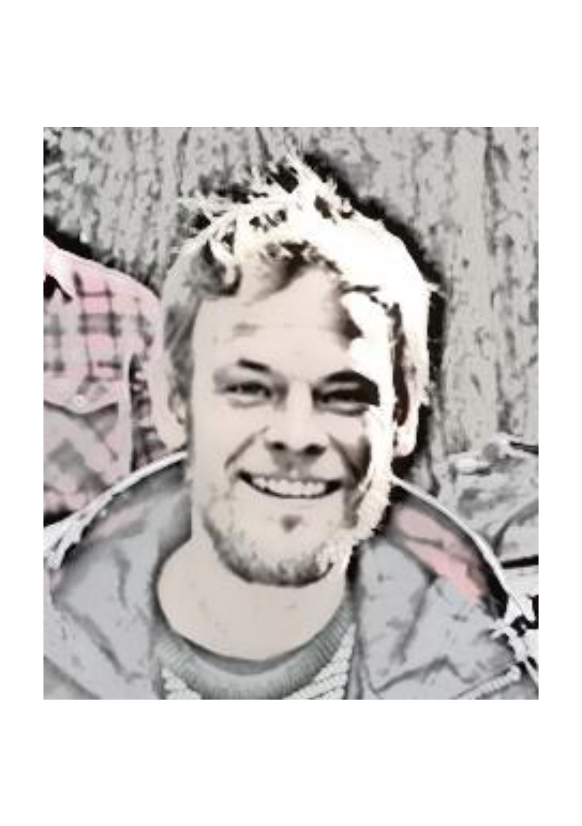 Hi everybody, this is Mick ze German live for you, from Bellurgan Park, the site of Higher Vision Festival, which will be taking place on St. Patrick’s day – just 5 days to go!

I will be down on site for the next week with Fuinneamh Productions crew, each day I will share inside updates and pictures from the beautiful site and of the progress.

Today you can see the astonishing nature and wicked permanent structures that will be modified and used as part of the gig.

Its Monday, my 2nd day here at Bellurgan park. Another beautiful day and with 17 degrees, mostly sunny, a banging one for mid March.

We got up early to continue working on some really cool art installations and preparing the stages. Really excited to see everything taking shape!

Other highlights were a classical Van-got-stuck-in-the-field situation, a crazy witch-like looking tree and loads of wood. Literally, both for art and for the fire.

Tomorrow is gonna be a big day with stage construction beginning. I will keep you posted from the holy ground.

After having an easy one last night with pizza and a bond fire, day 3 has arrived and with it everything is starting to roll. More crew arrived and the fences are being installed, toilets are in place and the main stage tent is up!

We are still lucky with the weather and by all accounts its looking good for Paddys Day! Everyone here is getting down and dirty to create a truly amazing festival experience and its great craic to be a part of it.

More stages will be built and put up over the day and tomorrow. You will see and hear it here first 😉

It’s Wednesday and the site looks more and more like a festival now. Right in time to host thousands of happy electronic music lovers for Paddys day!

Today, a lot of stage work was done on so many areas.
The oghm stage with it’s huge monoliths got finished, second biggest tent which will be the four four stage is up, more art installations were prepared and I have a little sneak teaser of the
main stage Installation for you here.

The day has finally arrived – Friday the 17th of March 2017 – St. Patrick’s day in Ireland and the first edition of Higher Vision Festival in Bellurgan Park!

As I had to leave the site on Wednesday evening, I used the official Express Train to go to the festival with a couple of friends. First thing, I received my obligatory beard glitter treatment.

The transportation was seamless, with coaches bringing everybody from Dundalk train station to the festival site. There were also direct bus connections from Dublin’s suburbs and Belfast.

Happy to be back on the field, now with music and a crowd, I walked around and took a few shots. Though there were 5 stages and around 3500 people it was very easy to bump into friends.

The new Void Acoustics PA at the Techno & Cans Stage

And so I ran right away into the facepaint and glitter stand… to get some more! Grand.

Then I moved on and checked out the stages a bit more. Here are some impressions from the Four Four Fort & the Techno and Cans Stage

The general vibe was very peaceful and people were in a festive mood! The weather was not as good as the days before, but apart from a few droplets in the last hour, it stayed dry. You wouldn’t say that about the festival goers and some had to leave early.. But given the fact it was Paddy’s day, we were in Ireland and on a BYOB festival, the crowd was absolutely grand.

It got dark and finally all those amazing light and visual installations started to come to life and along with the surrounding forest, it created a very special atmosphere. The stages were absolutely whopper and impressively visually enhanced:

Monolith structures at the Techno and Cans stage

A lot of wood was used to create these spaces and you could see the independent character of the festival everywhere. There was no big sponsor and no promotions. Instead, the team from Fuinneamh joined forces with mostly local collectives and partners. But they also managed to team up with Void Acoustics, who supported the gig with first class sound on the main stages.

The music was nice and diverse, but very housy. You had a lot of funky disco and deep house, but also some solid techno at Ogham and the Techno and Cans stage. There were many local DJs and some international acts and less known headliners like Ejeca, I hate models and Josh Butler.

One of my absolute highlights, towards the end was to sit next to the VJ from the ‘Spare Some Change Crew’, doing the visuals for the Cobra on the Serpent main stage. As a DJ & Producer myself, I never had the pleasure to do the visuals. It was quite fascinating. You can see the video here.

Unfortunately the gig went over way too quick, a pity it was only a day.. Anyway, it was an absolute pleasure and a great festival. See you at the Higher Vision 2018! Or if you are more into a weekend festival: join us for Fuinneamh Festival in September, on the same ground!

That’s it from me, check out all videos from Higher Vision on my new YT channel – I’ll be reviewing more festivals in the future 😉 And here is my soundcloud channel, in case you prefer sound only.