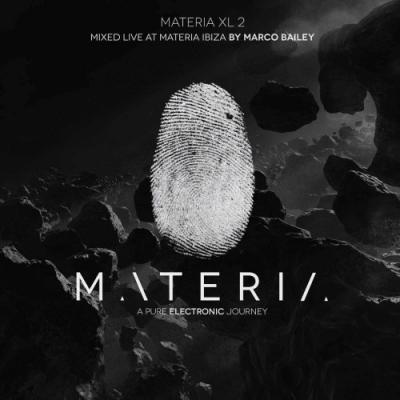 October 5, 2016 Off By Iconic Underground

Marco Bailey is a name in techno that needs no introduction here coming with a mix from his popular night in Ibiza Materia, that brought raw techno to the white isle this album showcases a lot of the tracks that were big for himself and other top dj’s who played alongside him.

The mix opens up with the delightfully dark Joachim Spieth’s Decelerate, then building up the groove with somewhat funkier tracks by the likes of Yotam Avni, Margot, Nima Khan, with some exclusive MBR tracks upping the tempo into marco’s unique and often mesmerizing style.

If you like your techno raw and stripped back with a funky groove then I can think of no better dj on the planet to take you there. From funky groover’s like Alex Bau – The whip and Shlomi Aber’s – Paradox to straight up four to the floor techno missiles such as Blawan – Marga and Marcel Fengler’s Shitau to his own track gravity drag this mix pushes all the right button’s in how techno should be done.

Highlight’s for me are Mikael johnason’s projectile and Sterac’s rotary, but this mix album is not about big track’s it’s about showcasing the cream of the current techno/electronica scene and Marco showcasing a lot of new material from his MBR and MB electronic label, this mix is a great insight to his night in Ibiza and a refreshing change to much of the techno by number’s that’s about it min!

If you’re looking for some quality electronic music mixed by an Ibiza veteran then look no further. Top track’s mixed by an amazing dj what more can you ask for?

James Darkin – Debut Album ‘Go No Matter What’
View All