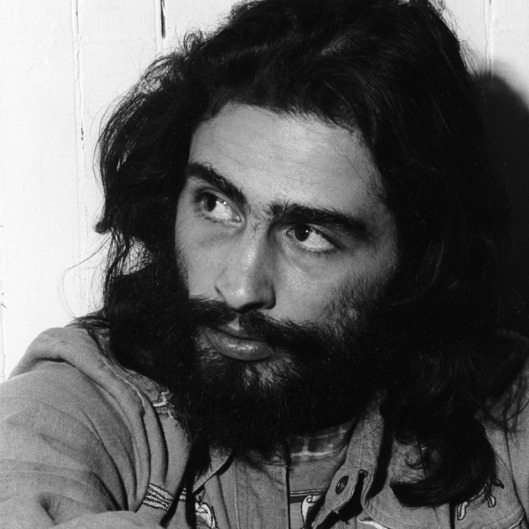 David Mancuso is one of the most important figures in dance music history. His stature, however, is mostly down to word-of-mouth. Those who have attended his Loft party over the years come out of the experience as evangelists, spreading the word of a party of exceptional sound quality and nary a mixer in sight. In a dance music world driven by loud personalities proclaiming their own importance, Mancuso is a welcome antidote: He’s kept his head down and his standards up for well over 40 years (and counting).

As part of our documentary on sound man Alex Rosner, director Alex Markman spoke to Mancuso about his relationship with Rosner, the history of the Loft and much more.

How did you first meet Alex Rosner?

I think it was 1969. It was after I discovered the existence of Klipschorn speakers, because a friend of mine had them. I was amazed by how they sounded. I had been an audio hobbyist all my life – I was always pursuing the right speaker. I was at a friend’s house and it was the first time I went to visit him and he had music playing in the background. You couldn’t see the speakers, he had them behind curtains. After about a half hour, I said to him, “What in the hell do you have behind those curtains?” And he pulled the curtains back and said, “These are Klipschorns.” I fell in love immediately. They sounded really good. About six months after that, he called me up and said that a friend of his was selling his Klipschorns. I bought them, but then I was looking to buy an additional pair. At that time, Klipsch Associates was a very, very small company. Paul Klipsch was just making speakers out of his garage. If you wanted to buy Klipschorns, Alex Rosner was the only person in the northeast part of the United States that had the franchise to sell them. I called him up and that’s how I met Alex. I bought two more speakers and then I threw a party.

But you didn’t stop there with the Soundsystem.

I was always experimenting and trying different things. Even though the Klipschorns were very good, rule number one is that no matter how big the houses that you have are, if you don’t have good room acoustics, you’re not going to get it right.

You had a particular philosophy in regard to sound, in that it should honestly reproduce what the artist originally intended.

I would have to have a room where I could cover the speakers, but visually if you get my drift. You should not even know how many speakers are being used or where they are located. The room should just be filled with sound. When you go into a concert hall, like Carnegie Hall or any of those places, they don’t even use a soundsystem, they use the room.

Have you been to clubs that have awful soundsystems?

I’ve been to clubs with soundsystems where you stand there and your clothes will be dry cleaned. It’s like the soundsystem was more important than the music. It’s totally unnecessary. It’s not what the artist intended. Once you hear the soundsystem, it’s a whole different story.

You don’t use a mixer at the Loft parties. Why?

Because it’s another component. The less components you use, the better the transparency of the sounds. You use the minimum.

Even if you had the best telescope in the world, there’s a lens. With each audio component, it may be very high grade, but eventually it will colorize what you’re hearing. The soundsystem is only supposed to represent what the artist intended.

There are two reasons to use a mixer. One is if you want to mix two records together. In other words, you play the whole thing and you want to have a continuity going from one record to the other. That’s somewhat understandable. You don’t want a space in between the records. You want to be able to kind of blend from one song to another. That’s one point.

But then there’s the other point where you use a mixer and you start imposing, like with pitch control. I would never, ever… to me, any time you touch the pitch control, it changes what the artist intended. When you change the pitch control of Billie Holiday singing, you’re going to change the characteristics of what you’re hearing.

But people do that so they can match up the beats.

Yeah. To me, it’s like, people will get into it. Let it be, and let it be the way the artist intended. In the long term, it’s more musical. You basically want a situation that is technically correct, but I think it’s better to remain musical and stick with what the artist intended. Maybe I’m too much of a purist, but once you start adding stuff, it can get out of hand. I don’t want to do that.

Loud is good, but there’s a thing called too damn loud.

Why did you want to throw a party in the first place?

During this time, I would go out to rent parties. They were at someone’s apartment, or somebody would throw an event, and it would be just to raise money for the rent. So I had this loft space on Broadway and in order to pay rent, I threw some parties between ’65 and ’70. It worked out really well. About half a dozen of them happened over that five-year period of time, even though I always say the Loft started in 1970.

It also gave me the opportunity to control the sound. Most of the time, I would go someplace and the system would be too loud. Loud is good, but there’s a thing called too damn loud. I didn’t have to deal with people who were not concerned with the quality of the sound or where the soundsystem was overpowering to the point that it really distorted what the artist intended.

The way the ear works, if you go over a certain level for a certain period of time, your ear starts to develop fatigue. So you start turning it up louder and louder and eventually you build up this fatigue. You’ve really got to be careful in that area.

It’s also annoying me that some people, some situations, especially when places started having soundsystems and people started really paying attention to that stuff, there would still be people who said, “I don’t hear the difference.” You can’t say that. That’s how the mentality is out there, that the sound is secondary. No, you’ve got to do it right and keep it where it’s supposed to be. It’s like, water boils at 212 degrees. That’s exactly where it boils. There’s an optimum point. It always works.

That’s always rule number one for a place, to be safe.

From the beginning, your parties were designed to bring people together.

I was very frustrated. A lot of times I wouldn’t enjoy things about going to certain places, from the soundsystem to the door policy. I was able to prevent that, and by having a certain way of doing things, we promoted social progress.

To this day, there’s no dress code. There’s no age control. You don’t have a liquor license. Once you have the different economical groups mixed together, the social progress starts to kick in. You have people from all walks of life coming together.

The music also had a lot of crossover. We had all kinds of music being played, from one end of spectrum to the other, and people found out that, “Hey, I like Led Zeppelin and I like James Brown.”

People just want to have a good time. They want to feel safe and have a good time. That’s always rule number one for a place, to be safe. But it’s more than not just doing things like overcrowding, it extends all the way down to protecting the ears.

Was New York safe when you started doing the party?

New York? No, but this is what provided an opportunity for people to come together. Don’t forget, you had the civil rights movement going on, you had gay liberation going on. You had all these movements going on. All this music that was coming from all different directions, it was all over the place. As long as you had a neutral place where people could come and just enjoy themselves, there was such incredibly good music.

The candles were lit, and the party went on.

Do you have a memory of your favorite Loft party?

Man, there are so many parties that stick out in my memory. I’ll give you an example. We knew a lot of the people who worked in the record business. They were always trying to do things about releasing a record and having a whole promotional campaign and blah blah blah, and “Could we have a thing where the record company would have the group come and perform for the DJs?” Private, all of this was private. I would donate the space and the record companies would pay for the food and most of what has to be done to have the situation, and they would bring the group. At one of these events, it was the moment of truth. There were 300 people there, it was in the summer, and the whole thing was going down with the DJs meeting the artists, people were eating, and it was all leading up to the group that was going to perform.

Everything had been set up, and they’re ready to start performing, they’re ready to hit that first note, and the lights go out. It was a blackout. Here we are, it was a blackout in the ’70s, we were like, “What the hell are we going to do?” It wasn’t just a blackout, with lights going off in the building or in the area – they weren’t coming back on. The group couldn’t perform and we had all these people there. The people that had cars were able to get home. The other half of the people stayed and I said, “Look, find a spot, make yourself comfortable, there are two floors, and we’ll figure it out.” I lived there; it was very homey.

Here’s what we did. In those days, people would carry boomboxes. There were always enough people with them, so we put a boombox on top of each speaker. We went out and bought a bunch of candles, and we tuned in a station that happened to be coming out of New Jersey, that played the kind of music that we usually had at the party, good crossover music. We tuned all the boomboxes into the same station, so we had sound through the room. The candles were lit, and the party went on.

That was a good party. It all worked, everybody was safe and we still had a party. It was amazing. It’s amazing what one tambourine can do.

Red Bull Music Academy was a proud supporter of Tim Lawrence during the writing of his book Life And Death On The New York Dance Floor, 1980-83. To learn more about this fertile time in New York nightlife, check out the series of YouTube playlists taken from his book celebrating the scene. Embedded below is a playlist from David Mancuso at The Loft in 1980 and 1981