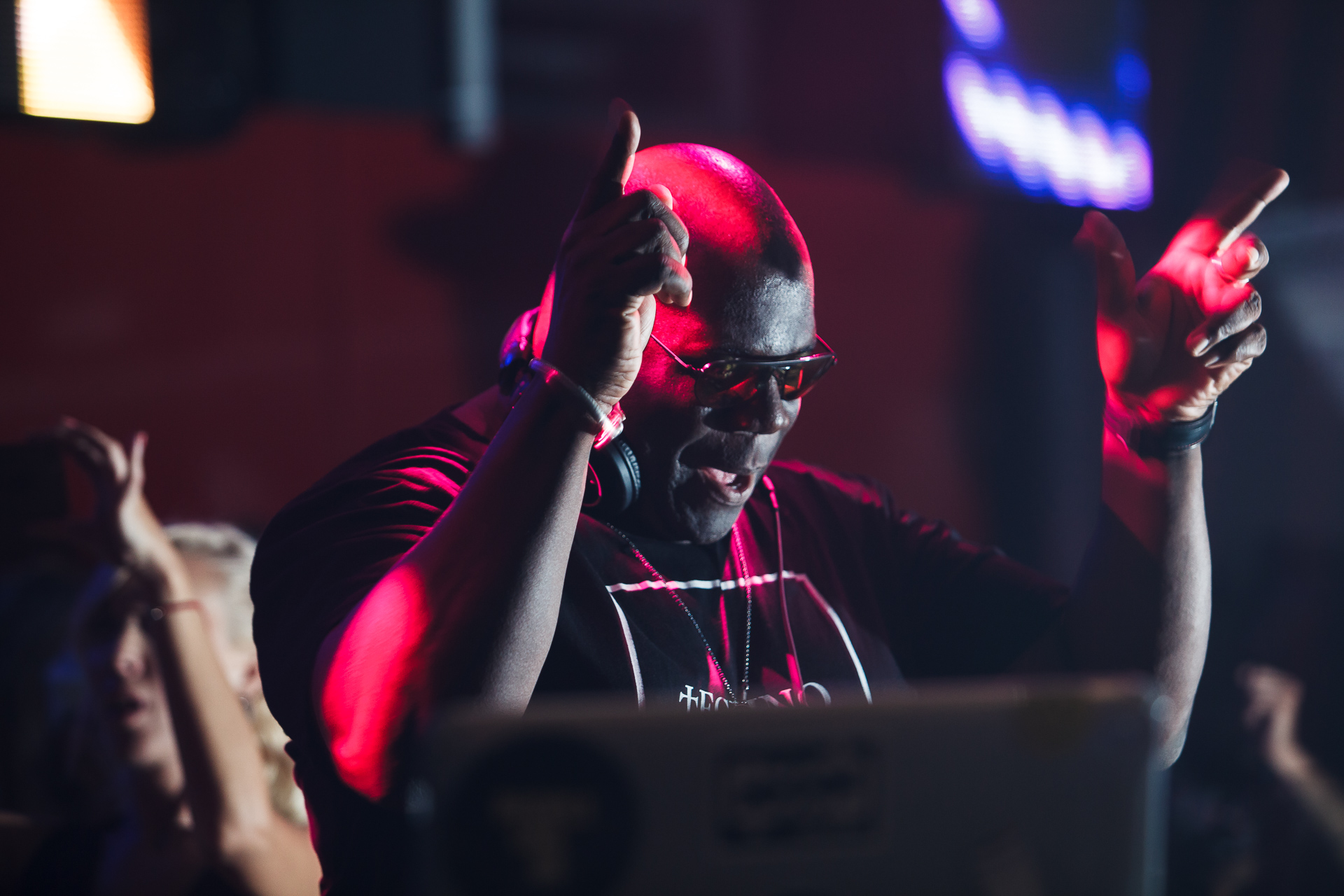 Disc one opens with Cox at the helm, kicking off with the funky early acid influenced Drop It by Saeed Younan which segues into Misstress Barbara’s seductive Don’t Tease Me and the atmosphere builds nicely over the hour-plus duration of the mix. The sounds on offer on the early part of the mix are at the most atmospheric end of the scale, moving along at a fairly steady bpm in the mid 120’s. This is Techno as much for the head as the body with the mix building a solid minimalist soundscape instead of relying on gimmicky build-ups and kicks.

There’s some nice, deep bass on One Day Later by Nicole Moudaber and things get a little heavier on Rundell’s own Utopia track around the midpoint of the mix. But the standout track for me is track 11 with the Underworld-esque Find The Answer (Marco Bailey Bass Mover Mix) from 999 featuring Amadeus. By the time Acid stalwart, Josh Wink appears on track 14 with Cox’s own mix of Talking To You, the mood has shifted more perceptively to the dancefloor and there are enough off the wall sounds on the next track: Revolution Space by Raniro Lopez featuring Thomas Kennedy, to keep you there. The mix plays out nicely with Cox’s own track, Your Light Shines On, which combines an Ambient House sound reminiscent of early 808 State with a steel drum loop.

Rundell picks up the mantle on disc two, easing in with The Path by Dosem and again things chug along for the first half hour of the mix until he drops the Joseph Capriati mix of Cox’s Kommen Zusammen. This ushers in a quintet of quality dancefloor Techno tracks, followed by Kachel from Stephen Hinz and Philipp Ruhmhardt which features the best use of klaxon horns I’ve heard in years. This, in turn, mixes beautifully into Gauntlet by Ian O’Donovan, a 303 heavy Acid monster that brings Hardfloor to mind. This mini-set is rounded off by Tony DeClerque’s Restart which features an array of mind-fuck sounds that Aphex Twin would be proud of. Rundell brings himself to the forefront to finish the set off with his own track, Mind, which mixes into the only tune to feature on both sets, his own more minimal remix of JoshWink’s Talking To You.

As you’d expect, the mixing is seamless from both DJs throughout and the collection of music is a good cross-section of the intelligent sort of Techno that Intec has made it’s name producing. If you’re looking for a mix to draw the curtains, push back the furniture and dance around your living room to then there’s already plenty out there to cater for that, but if you prefer your dance music a bit darker, atmospheric and more thoughtful, then this is definitely a release worth checking out.