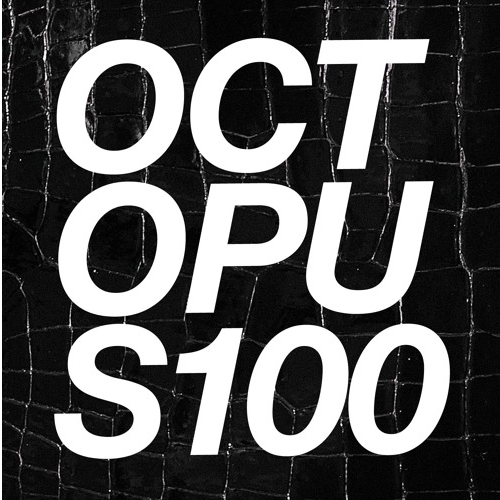 November 9, 2016 Off By Iconic Underground

Octopus have reached the ripe old age of 100 releases and to celebrate there releasing a bumper pack of the finest in techno and house that the scene has to offer. Started back in 2007 by Irish born Sian who now resides in Los Angeles this promises to be a cracking release from this quality label.

The Compilation starts of with a track by Sian himself called “ Slow Wave”  which is a deep rolling groove that start’s off littered with sporadic fx and a pulsating synth line that weaves itself in and out of track  a track for the darker groovier dancefloors.

Next up comes 2 personal favorites of mine Carlo Lio and Pleasurekraft “Odditorium” which is carlo’s impeccable groovy techno beats before a monsters build up with filtered synths rising to maximum potential that just screams big room.

Ron Costa drops’ another groove ridden dandefloor smash, littered with biting claps and massive synth stabs leading to an appregiated synth line that continues to the break before the monster bass come straight back at you.

Next up is another by Sian this time remixed by newcomer cardopushermore known for his dubstep/electronica beats. This is an acid frenzy that wriggle about the speakers like a worm on acid, squidgy techno with some great drums.

Next up India’s finest export Arjun Vagale goes straight for the jugular with “klokwise” with some hard as nails drums and some modulated synth work littered by snare roll’s at pulsating fx’s .

Daryl Stay keeps up with the groovyness of this compilation with vocal snippets and off beat perc driving the track along to the break that has dirty synth distorted to beautiful climax the grooves away till its completion.

Ramario Lopez’s “name of silence” is a very gary beck type beat  with vocal snippets puncturing the bass and arped synth line that rises till it drops back in with those killer drums, till the killer break which oozes class and euphoric times on dancefloors across the world, this will destroy all the main club’s for sure.

Sian has another track reworked Out in is given the somewhat more industrial remix by Jenson Interceptor that bang’s away like a Perc or truss track one for the harder techno moments.

Juheun is up next with pulsating drums sprinkled by dark spaced out percussion and fx  that continues the groovy techno with a tough edge and monster synths throughout the break is interwoven with  warped mind bending fx’s and synth’s before were back grooving to the beat.

Other relative newcomer Shelley Johannson’s “Darkest hour” that has big almost “trance line” over the impeccable grove. Next up is the hottest property in techno world at min and this track shows no sign of them steadying their quest to stay there. Heavy drums are spliced with vocal sample saying “sacrifice” with plenty of fx for good measure rising over some vintage stabs rising to when the monster drums kick back in.

Another dance floor destroyer from the lads.  Weska carries on the groovey techno in a deeper vibe from some of the rest but still hit’s all the right place’s on it’s way to luscious break with vox samples delayed throughout.

M.Fukuda brings a bit of old skool vibes to the party with some vocal snippets and monster synth hoover type stabs that are as dirty and filthy as a night in the red light district.

The compilation finishes of with track by Mario Ochoa “Kajiu” that’s rounds of this quality compilation from one of the top labels on the planet. Octopus is a label with it’s finger firmly on the pulse of the techno scene at minute. Here’s to the next 100.