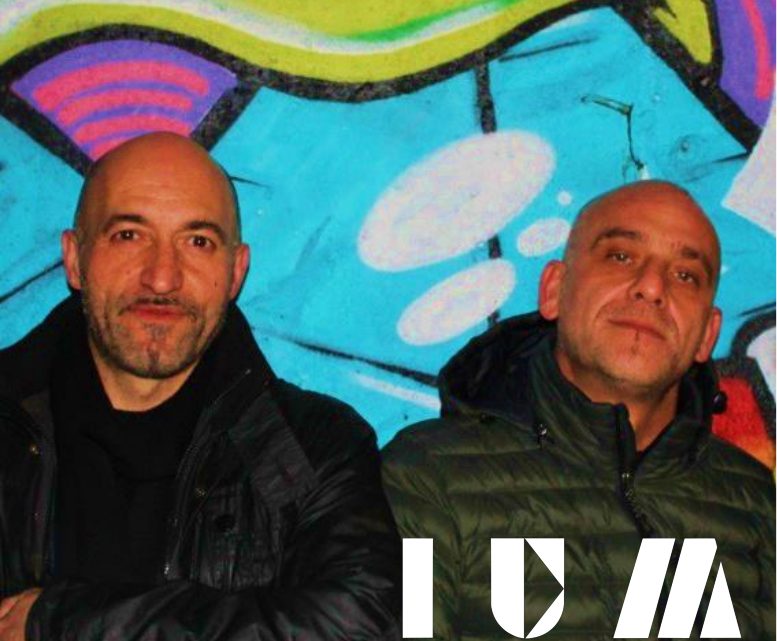 It’s been a while since we talked to Mauro and Pierr two Italian DJs living in Dublin who collaborate on various parties like the Eclectrika Project amongst others. We wanted to catch up and discuss the last year and how its impacted them and the whole dance music scene.

Mike Mannix: Great to catch up lads, hows the last year been?? 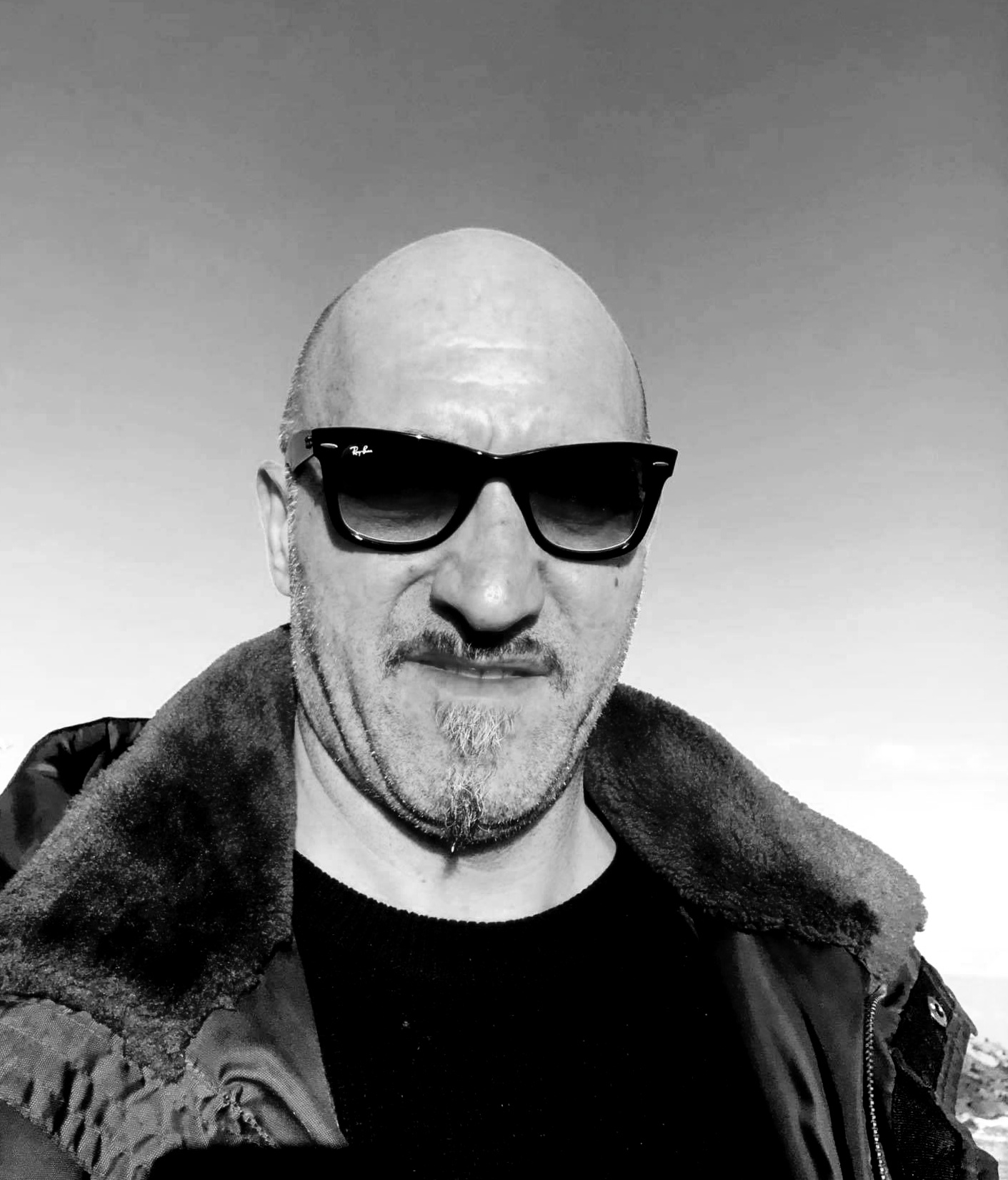 Mauro/Dr.Flamer: Hey Mike it’s been a long time since seeing you mate hope you’re well?  Basically, we have just been trying to keep our jobs alive and to keep them relevant. Like many others we are frustrated about its impact on us, so we have been live streaming on and off since March last year but it’s been hard. 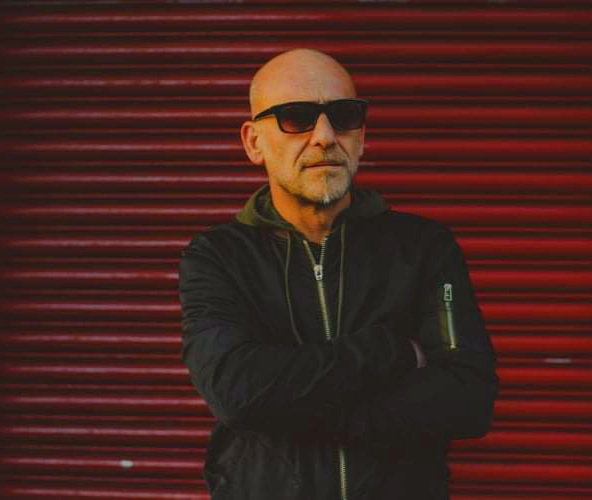 Pierr: In the beginning, we tried to do this every Sunday to continue the vibe of Eclectrica Project it became not easy to do every Sunday because you can’t meet people, no atmosphere it really wasn’t the same!

Mauro/Dr.Flamer: It was strange not being able to see the people not having the people dance in front of you we missed it a lot, the streaming was just trying to keep some normality but we lost all the energy from the crowd the atmosphere you know what I mean?

Mike: You also were really lucky at times as well because you got to actually put on small select parties like the barge party in the docklands and a few others as well in the Sound House?

because there was nothing else on and because the party was on the barges on the water that kept us on the right side of the law.

I was also involved with Absoulute Groove Italy for live streaming during the Summer with Sperlonga ,Nea, Red’s Fondi & Fede , and a few live streaming from my village at pool party La tartaruga LENOLA. And also we organise few shows in Opium Botanical garden with Eclectrika crew with my label Elementum V, and Skakki Blues live before dinner and DJs after was fantastic at The Sound House Dublin. Last August we had some live streaming in the Barge and show for Pause cafe anniversary Dockland Dublin.

Many thanks to Caffe Amore by Luli Montana, Opium Live, pics by Fede, Skakki Blues, Roberto, Fabio Fazio, Syl Black, Vincenzo giving us the opportunity to have guest for live streaming, hopefully will have more dinner parties in Opium botanical later this year. 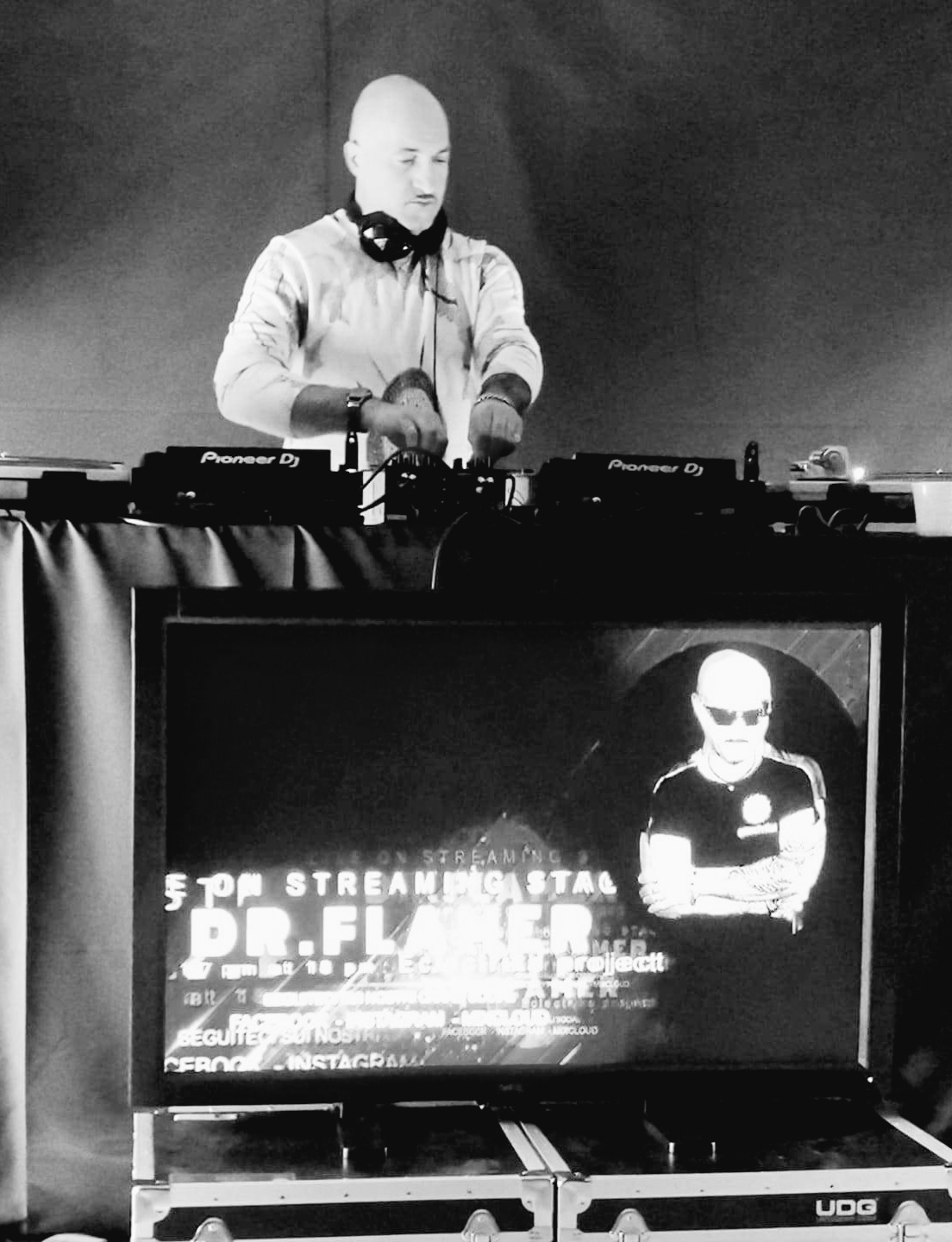 Mike: How much do you miss it?

Mauro/Dr.Flamer:  Oh my god man I miss it so much, we all miss it so much we miss our friends I hope the situation changes now because its becoming too much and like many people around the world who are now tired of live streaming of the stage! But saying all this it’s giving me the chance in this downtime to get stuff back into my production and managing my artists on my label because in normal times I never had enough time to sit down and work on a track so I just got to stay positive man.

Thankfully I have some live streaming Saturday 1 May From 12:00 to 24:00 with 30 DJs slots With Sonorika.com from Naples ,Italy Many thanks to Marco Corvino 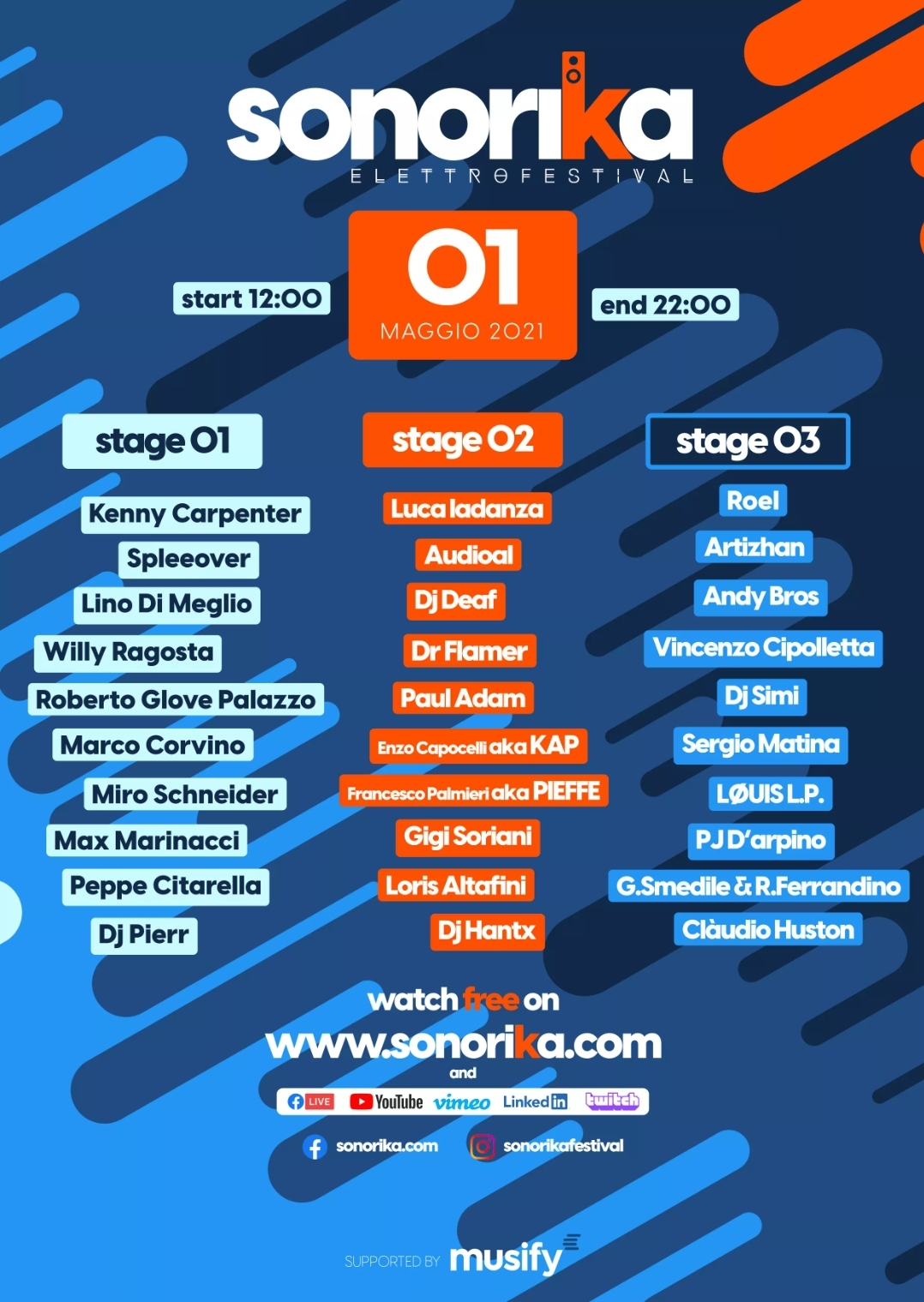 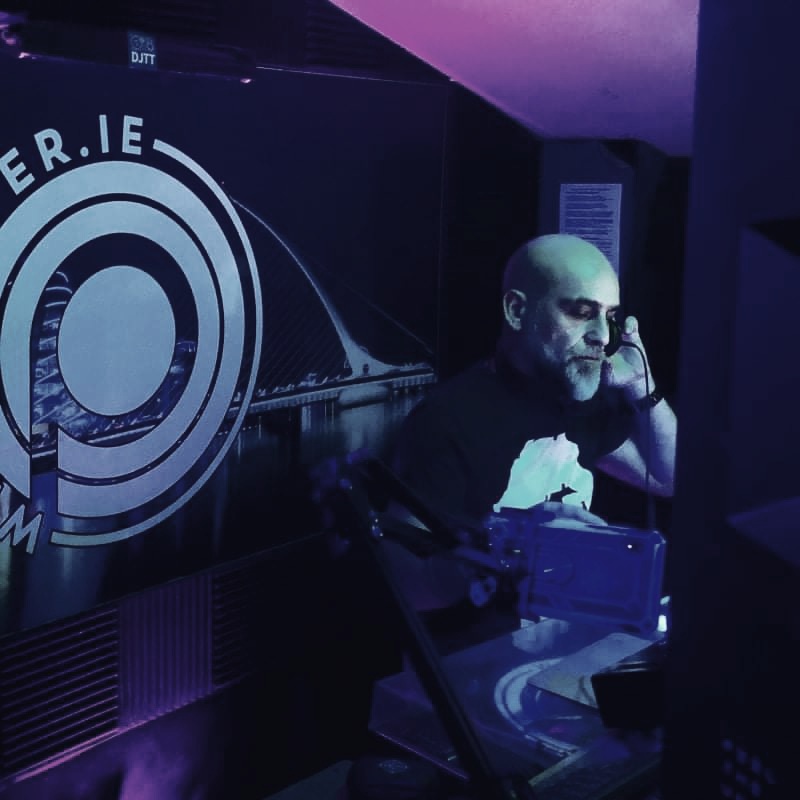 Mike: Pierr, man tell us how you been the last 12 months?

Pierr: Hey man It’s been a long time since we spoke and I’m very happy to be here with you man. For me like everybody this has been horrible I don’t like, the same week everything closed in Ireland last March was the same week we were due to open our first festival in the countryside in Ireland the same week after tickets sold everything organised and ready to go, etc!

Everything started closing down every day something different we thought we might get to it but no. So that was horrible man nothing we could do but like Mauro said we’ve been trying to stay alive in this thing keeping in touch with friends in Brazil and Argentina.

These live streams kept our passion alive even people watching and listening it was still something to keep us connected.

Mike: Did you stop the streaming at home?

Pierr: Yeah man, I have to be honest I’m not doing a lot at home because I’m tired of it, so I started another project with my girlfriend Chantal about cleaning up the beaches around Dublin to open up and give back to the beautiful environment.

We were able to do some of those things because it wasn’t a full level 5 lockdown then at different times. We had the opportunity to do some stuff called ‘Soundz Good’ a connection with the music and the environment.

We did Bull Island a beautiful beach in Dublin with 50/60 volunteers we connected with the environment cleaned up tonnes of rubbish that had dirtied the natural beauty and streamed it live on Facebook.

After that then was the summer and I went over to Italy with my girlfriend and played a beach party and did a few parties with my Italian friend’s good parties with nice people before it got locked down. When we came back to Dublin people were excited because we thought it was going to open up more and it just stayed the same.

Mike: You got good news recently?

Pierr: Yes man, super good news from Opium nightclub in Dublin where we played a lot of gigs last few years they said ‘don’t worry when everything opens up your place is safe and you can come back and play’ so that was fantastic news!

And also I’ll be playing with Phil Bass in a Dublin club called Number 22 and also Meeting House Square and Sound House when the place reopens. Plus my new residency in Radio Phever FM Dublin two Wednesdays a month, my show is called ‘Background Beats’ which is played out on my old vinyl records, House, Old School, Soulful House, Disco, etc. 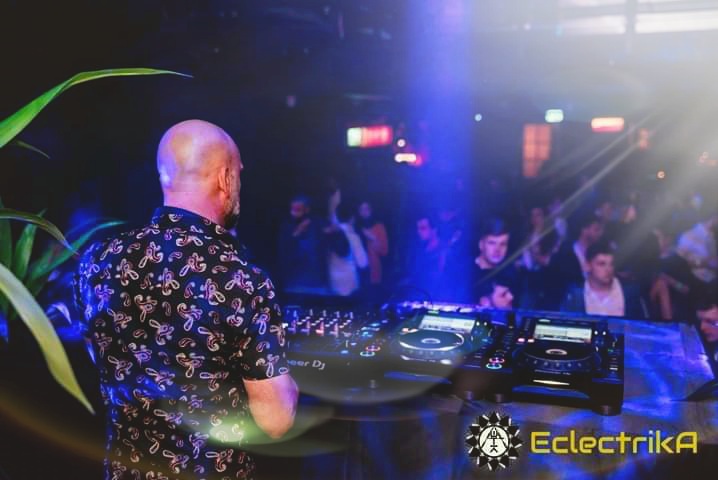 And then later on hopefully will be doing an Eclectica radio show on a Sunday in Radio Phever and invite friends to play. So there’s something to look forward to!

Mike: That’s all very positive lads it keeps the mind ticking over. I wanted to ask you as well about the sad passing of Italy’s top DJ Claudio Coccoluto recently I know that you played with him Mauro a few times what did he mean to you and the Italian dance music scene? 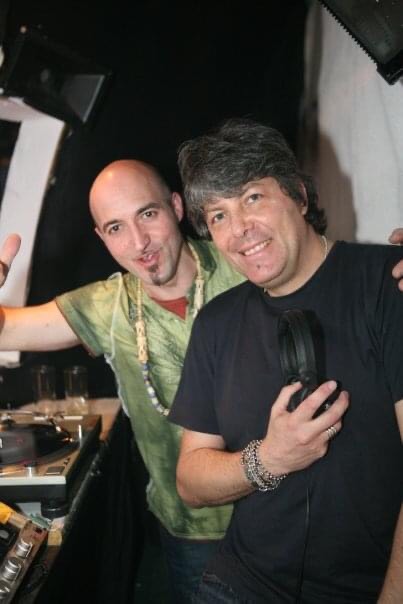 Mauro: Very sad man, he was like my father in dance music he inspired me and I warmed up for him many many times in the clubs in 92/ 93/94

We brought him into Ireland to play in Dublin three times to play with the Italian factory (Marino Rispo & Luli Montantana) in Dublin in Spirit in the Academy some of the gigs had 2000 people. He really was a big part of our community and we miss him. He was still playing vinyl sets while he was sick the last few months before h died a true legend!

Pierr: for me, Claudio Coccoluto was my inspiration to start DJing we followed him around everywhere one of my friends was his driver so we went to all his parties he will be sadly missed!

Mike: Thanks, guys great to catch up!

Mauro Pierr: cheers Mike, good to be back in the mag. 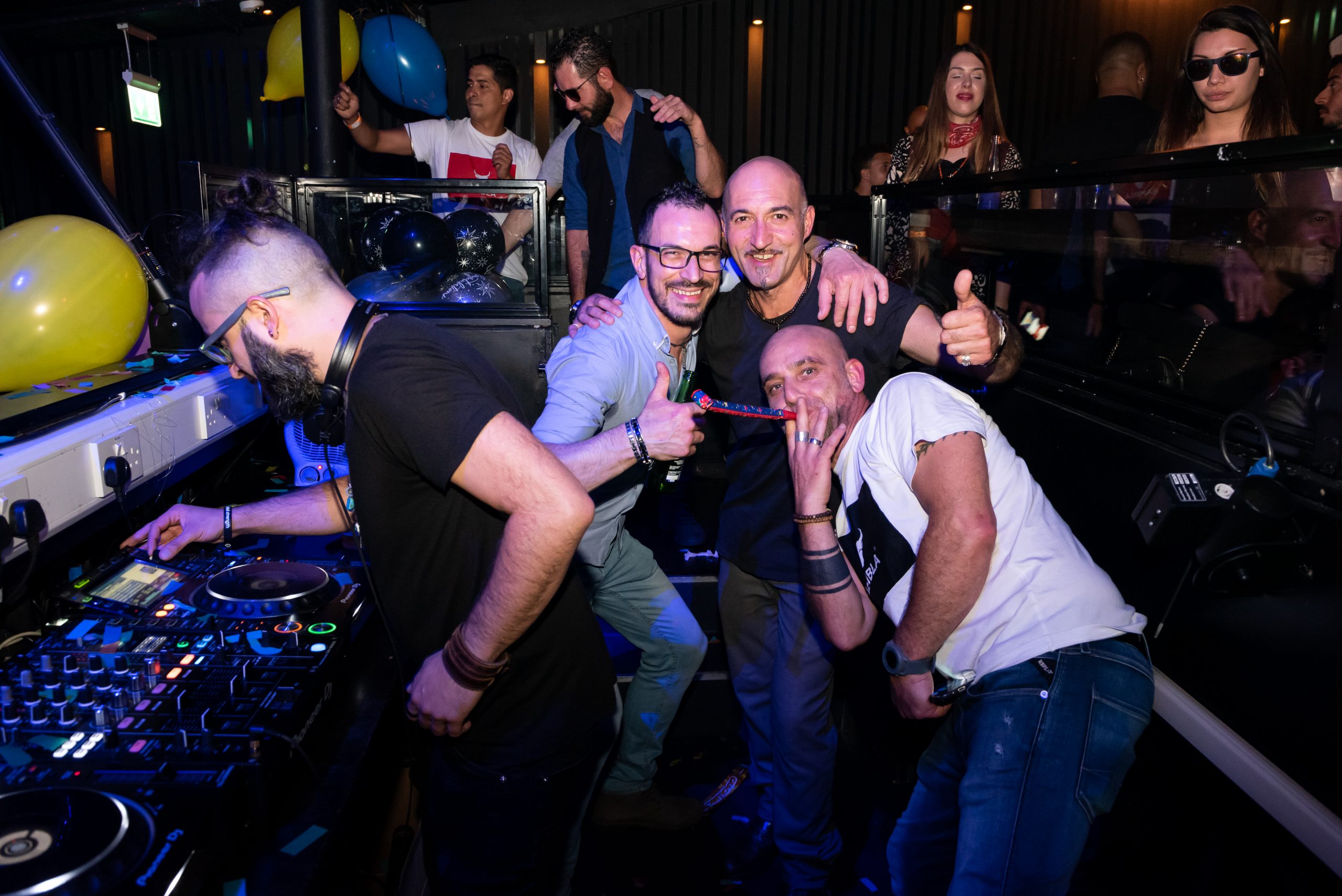 CARL COX TO PUBLISH HIS AUTOBIOGRAPHY