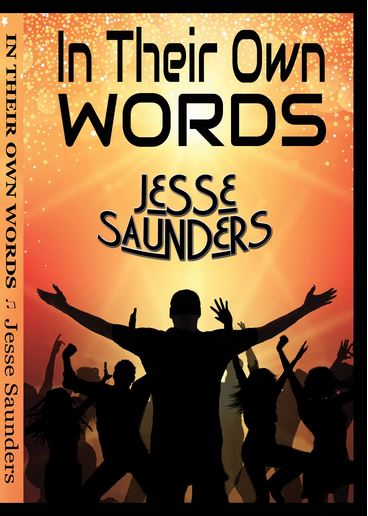 THE ORIGINATOR OF HOUSE MUSIC, JESSE SAUNDERS TO RELEASE NEW BOOK ENTITLED “In Their Own WORDS” FEATURING 83 INDIVIDUAL STORIES FROM CHICAGO AND AROUND THE WORLD JUNE 4, 2020

Jesse Saunders, The Originator of House Music, is proud to announce the release of his second book In Their Own WORDS. Following up on the critically acclaimed ‘House Music…The Real Story’, Jesse has delivered a book for the people by the people….‘In Their Own Words’ paints a picture of what House Music means, not to the superstars of the industry, but to the ordinary men and women have been touched by the music in the most significant of ways.

This is how it started for them and is an indication of why they continue to love House Music. The Prologue from Jesse himself outlines the timeline of House Music, how it emerged from the days of Disco, and found its place among a planet of House Heads. This is where the sun began to shine for so many; where only darkness had been before. This is why House Music will always be at the center of their lives and ‘In Their Own Words’ a place of belonging.

House Music has always been more than just a type of dance music. It introduced a sentiment of love, peace, and beats to a very troubled Chicago community in the 1980s and from that seed, it became the global phenomenon that we see today. The narrative reflects moments in time and space that speak to the effect it has had on people. It explains why it means so much to them and why they continue to immerse themselves in a genre of music that owes much to Jesse himself.

This is the story of Disco, House Music and Electronic Dance Music from the people who lived it, loved it, and discovered it along the way… Available via Amazon June 4th.