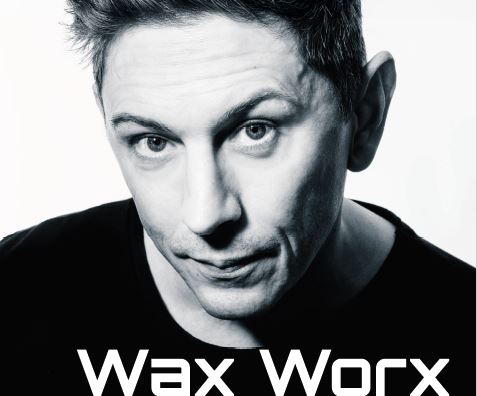 Mike Mannix: Wax Worx, we will start with your initial early influences socially and musically, what inspired you growing up before you got into dance music?

Wax Worx: Socially I was a bit awkward, I wasn’t a nerd but neither was I into sports like football or rugby, I was more of a skater boy in my early teens, later getting into surfing and snowboarding.  Musically I remember my father’s love of Jazz music, I can still see him jamming on his organ to his favourite Jazz tunes. My older brother also heavily influenced me, he loved Punk and Ska before getting into ‘Rave Music’

I followed in his footsteps shortly after, attending my first rave at the tender age of 14.

MM: Tell us about your initial breakout track ‘One House’ that got picked up by ‘Eats Everything, then eventually signed to Suara?

WW: I made that track on my laptop, in bed, on my birthday! Well, I got the idea down. It was one of those tracks that just happened, after finding the vocal everything I did just seem to fall into place.

The vocal is actually 2 Pac and is from a banned interview he did on MTV in which he’s talking about inequality and the elite rich having too much whilst the rest of us fight over what is left, which is something I personally feel very strongly about.

My manager sent it to ‘Eats Everything’ before anyone else and his words were “That’s a fucking belter!” he then went on to play it that week at Story in Miami, Amnesia in Ibiza, EDC Las Vegas and last but not least on the BBC Introducing Stage at Glastonbury, live on Radio 1! To say I was excited when I heard it drop is an understatement, moments like that are everything!

MM: Your unofficial remix of Human Resources ‘Dominator’ is a slammer, and I raved to this the first time it was released in the 90’s, can you tell us about the initial idea on the whole project and production process, leading up it being officially released on Armada Subjekt?

WW: Sure, my initial intention for this record was just to make a version that would fit in my sets. I loved the original back in the day, I would drive my father mad by playing it on repeat in his car on the way to school! I managed to find the samples I needed on line and using my own drums, creating my own bass line, bashed it out in a couple of days.

After playing it out a few times I sent it to Paco Osuna and a few others. It was a few months later that I first got wind that Paco had been playing it in almost every gig over the summer! A guy called Alvaro M hit me up on Facebook asking for a copy, I asked where he had heard it and he said that Paco had been hammering it. I then found videos of him dropping in at his Mindshake Party at ADE, at DC-10, Amnesia, and HYTE NYC!

By this time it had found its way to the guys at Armada Music, who now own the rights, they then sent me the original stems to use and it was made into the official remix that is available today. This record went on to be one of the best sellers and most streamed tracks on Armada Subjekt last year!

WW: There are so many! DJ wise my main hero is ‘Eats Everything’. His sets are never “Standard’ and he can rock out a Disco set just as well as he can a Techno one, he is in my eyes a true DJs DJ. Carl Cox is unquestionably a huge inspiration to us all over the years, his presence is a force to be reckoned with and he has his own unique style.

Production wise again so many! But ones that first jump to mind are ‘KiNK’, this guy does things with machines that nobody else could come up with. ‘Paul Woolford’, ‘Mele’, ‘Lord Leopard’, and this new up and comer ‘HANNS’ from Germany, he has just released a KILLER EP on ‘OneFold DGTL’. There is also a duo out of Brazil called ‘Fancy Inc’ who initially I just loved their music, but who have gone on to become close friends of mine and people who inspire me almost daily. If I could work with anyone in the studio right now it would be ‘Dirtybird’ head honcho, ‘Claude Von Stroke’.

MM: What’s your usual process when you are in the studio creating your new tracks from the analogue outboard, midi, samples and DAW you use and why? What is key in the whole production process?

WW: I have a fairly modest studio, a couple of analog synths and a drum machine. I use Ableton and spend just as many hours sourcing unique samples and inspiration as I do making music in the studio. I sample my vinyl collection quite a lot, and often use it as an inspiration; this is where the name Wax Worx came from.

I don’t have any set process as such, I like to just lock myself away and see what happens. The key thing for me is to be unique, to just be myself, make whatever I love, feel and excites me, whether it be Tech House or Disco and not try to follow any specific trend. For me

that’s what ‘Raving’ is all about, letting yourself go and just being yourself.

WW: I recently quit smoking! I have been a smoker for way too long, including smoking weed. I tried a few times but finally cracked it on the third attempt and have now been smoke free more than 6 months! I feel AMAZING!

MM: Your standing in club/Festival/field tunes blaring on a rush to the outer planets and your thinking fuck, is this real? This is amazing… but fuck I’m bursting for a piss, this ever happen and when…?

WW: Last year at Wildlife Festival, during Artworks set on the Kopparberg Stage. Luckily I was also playing this festival and the VIP loos were not far away.

Don’t copy anyone! So many kids these days are just copying the big tracks and artists. It makes for a saturated market of ‘samey sounding music’

which I find really boring! Doing this will never make you stand out from the crowd. For me intention is everything, if you just want to be famous and popular then you are doing it for the wrong reasons. If you are doing it for your love of music, with real passion, then you will find your own way.

WW: Yes this is a massive dream come true! I have been working really hard to achieve this. VIVa is one of my favourite labels and Steve is a DJ that I have huge respect and admiration for.  He is a true veteran of the scene and again in my eyes a real DJs DJ. To have the feedback he has given me about my music just reaffirmed everything I’ve been striving to do, to be unique, to be different and to stand out. I can’t wait for the EP to drop in June. Next up I’ve just had my ‘Sound Champion’ EP drop on 43 Degrees Records and I have a track coming out on Fancy Inc’s debut release on their new label ‘Skill Matters’ and I am currently working on a remix for The Tribe Of Good.