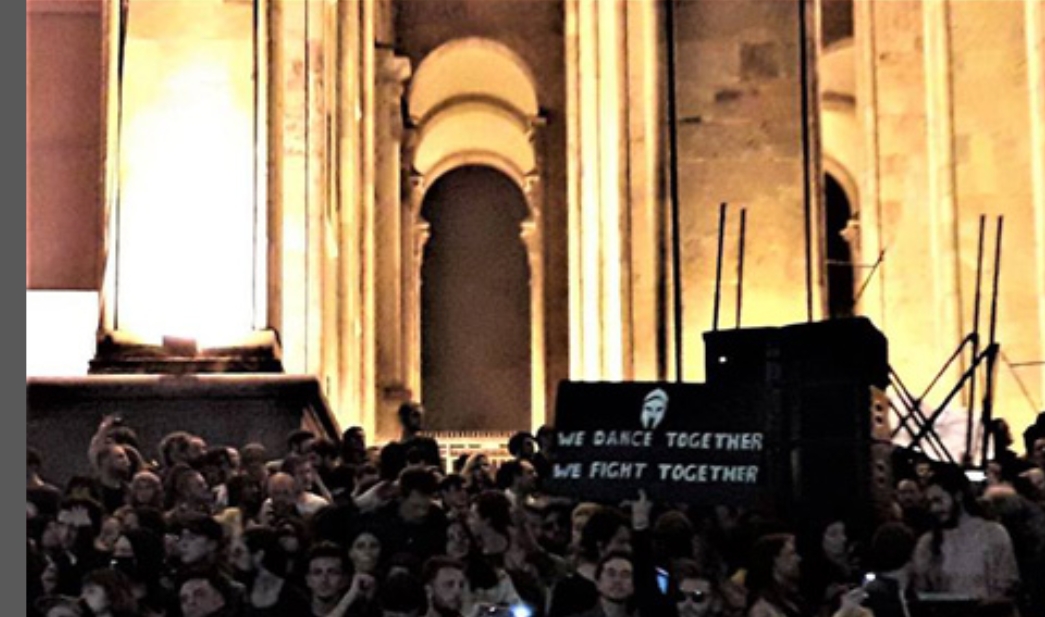 May 13, 2018 Off By Editor
Government Sends In Paramilitary Gangs To Close Clubs

The Georgian government sent in crack squads of paramilitary thugs to force clubs to close by using fear and intimidation tactics. The night clubs turned into nightmares as 100’s of fully armed riot police in balaclavas, raided every major night club in the city apparently to crack down on the drug’s scene, at a time coincidently when there’s been huge demand for reforms to  the archaic drug laws.

But what happened next has left the government with its biggest crisis to date as 10’s of 1000s of clubbers have poured onto the streets of the Capitol in front of the parliament buildings and surrounding streets chanting  “We dance together; we fight together., you take over our dance clubs, then we take over your city.”