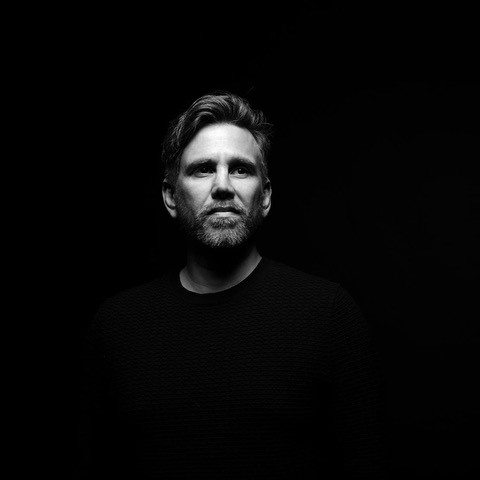 Ed Ed Is a Zurich-based artist and producer with a Canadian background. In a manner befitting his eclectic background, he has an eclectic style of DJing, with everything from Deep House to Tech House to Techno forming part of a wide-ranging and always intriguing palette.

An accomplished industry veteran, he also A&Rs for the mighty Moodmusic label, while he’s also produced music for some of the scene’s biggest labels — think the likes of DFTD, Defected, Second State, Noir and more. As is the man’s forte, he’s been crazy busy over the past while too, and his latest release sees him return to another legendary German label, Get Physical, as he laid down a killer remix of the classic house track, I Get Deep. We put some questions by the main man recently, touching on everything from winter in Berlin to his 2020 and his optimistic outlook for the coming months…

IUM: You’ve a bit of an eclectic background. Can you tell us a bit about it in terms of which places influenced your sound the most? And do different places influence you more?

EDED: I think being around my dad who was a jazz musician influenced me at a young age. I think Berlin influenced me the most as it has the most electronic infused clubs and such a long history of techno with legendary clubs like UFO, der Bunker, E-Werk etc.

IUM: You grew up in Vancouver but moved to Berlin a while ago, right? Was the move purely music motivated? And was it difficult to establish yourself in Berlin in the music industry? And on that note, what do you think are the biggest challenges in terms of adapting to a city like Berlin?

EDED: I recently moved to Zurich after a long time in Berlin to have a bit more distance between gigs and productions time in my Studio in Kreuzberg. Electronic music and arts in general are so important to the city of Berlin, you immediately meet like-minded artists and procedures that inspire you. The whole club culture does the rest!

IUM: A lot’s made of the winters in Berlin. Are they really as tough as people make out? And how do you generally adapt to them?

EDED: I try to get away as much as possible for the 2 heavy winter months – although they are also inspiring for work as you don’t really want to go outside much. So I advise everyone staying in Berlin to get the hell out in winter.

IUM: This year’s been a difficult one for a lot of people — and 2021 may bring more of the same. Where do you stand on the German government’s response to helping people in the creative industries? Is it enough do you think?

EDED: Well they I think they could do more…could always be more……:I still waiting for my cheques… kidding! Well I think the Government is doing its best. I mean there are so many businesses affected so I do get the administrative challenge here. On the other hand people are in need and haven’t been working for over nine months…

IUM: Going back to music a bit, you seem to be on a really hot streak of releases recently and we’re really loving your remix of I Get Deep especially. Can you tell us a bit about how the remix came to be? I guess you had to get in touch with Roland Clark etc for the clearing etc?

EDED: Actually always digged the vocals and we had a talk with Philipp and Roland (The A&Rs of the label) and decided to give the remix a try with a more techno vibe to and cut up the vocals saying: I get Deep – You Get Deep. I was in touch with the artists and the they gave it the green light. 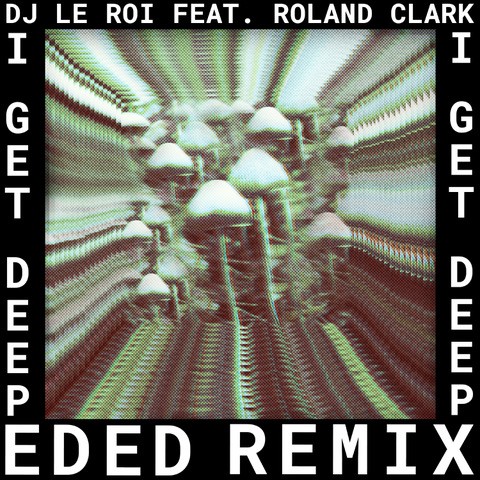 IUM: Remixing a classic isn’t always easy but you’ve done a great job with it! What made you want to remix this one? And what are your intentions when you remix a track like this do you think?

EDED: I want the remix to be different then the idea but also using the original parts as possible to as not lose the DNA of the song completely. WIth this remix mix the intention was to make a floor filler with a positive vibe (and now there are actually no floors to fill) so it will be more a living room filler!

IUM: You’ve been worked at Moodmusic for a while. Can you tell us a bit about your daily role there? And your daily routine in general?

EDED: Yes I worked with Sasse for a long time until 2017/18 when I decided to go my own way regarding productions and an artistic way. We worked together since 2012 so it was a good time to learn about the business – good and bad.

IUM: Have you been involved in any socially distanced parties? How did they go?

EDED: Yes I ‘ve played a couple and the rules are a bit difficult to maintain especially when people gather socially and start to drink. So the parties worked but to be honest you can’t guarantee full safety in crowded places. But it was fun to play.

IUM: Aside from your remix of I Get Deep, what else are you really excited for about 2021? And how do you manage to stay so positive?

EDED: Who told you that I’m staying positive!? I do worry like everyone else but I guess there is nothing much to do and wait this thing out. The way things look at the moment a vaccine is around the corner and mid 2021 should see us back to a more normal.

Keep up with Ed Ed on Facebook and Soundcloud.

Ed Ed’s Naked Walls (ft. Chasing Kurt) is out 29/01 via Get Physical. Buy/listen to the release here: https://eded.bandcamp.com/album/ed-ed-feat-chasing-kurt-naked-walls