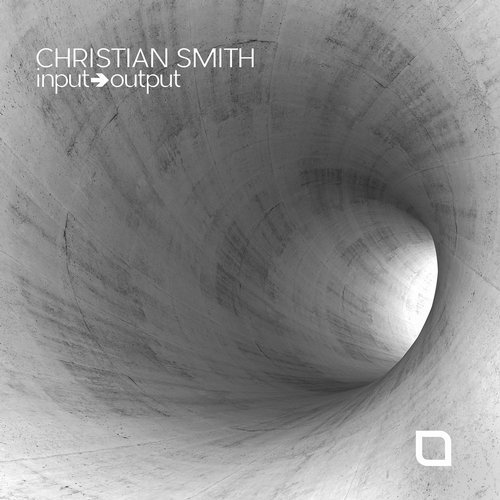 September 26, 2016 Off By Iconic Underground

The very latest edition on the “Tronic” imprint is a very special one and something that could be considered more than a milestone in the electronic music world.

It’s a release that both “Tronic” and techno fans alike have been waiting for in anticipation knowing that there’s another quality exhibit in store.

“Christian Smith” as an artist and label / sound director has developed into a precious carved stone in the dance music fraternity. His own output is very consistent, dynamic and completely in tune with the modern era. Lots of people are aware of the work he completed with artist’s such as “John Selway” with titles like “Move”, also his work with collaborative artist “Wehbba” but there’s a lot more to his current and historic playing field than just this.

Being a follower of both “Christian Smith” and the “Tronic Label” on a whole I can tell you that its a real power house of activity on lots of different levels and has its own unique gradient that truly belongs to “Christian” and the label itself. “Christian” was quoted saying he wanted to deliver a blend of housey driven techno that combined the sonics of the underground with slower house grooves and he’s certainly achieved that at a fantastic level.

This is the third “Christian Smith” studio album since 2010 with previous album’s titles including “Directors Cut” and “Omakase”. Prior to this there was the “Christian Smith / John Selway” album in 2017 titled “The Coming storm” + an array of DJ mix albums between releases such as the “Renaissance series”.

So what can you expect to hear from a “Christian Smith” album? One of the great focal points of this artist is that the core of his work doesn’t get over complicated, diverse from its chosen path and delivers a purest form of techno and house influences that are designed around a club stratosphere.
By no means am I suggesting that there’s is no diversity here but respectfully outlining there’s no gimmicks, no special marketing collaborations to gain popularity but consistent quality artist work that continues to evolve under his own signature.

This opening title has a very 80’s electronic feel about it, it’s full of 808 sounds, crisp hi hat patterns and cool vocoder style vocals reminiscent of “Krafwerk”. It builds with an acid line filtering throughout the arrangement and a deeper moody synth pad growling under the sonic picture. It combines both elements of depth, metallic soundscapes and whilst being very modern it has one foot in the past.
Think along the lines of artists such as “Dynamix II”.

Next we have “Initiate Sequence”, This get’s straight into 4/4 action with a kick drum which although is very linear actually seems to be quite bouncy with its embedded deep undertone. There’s clever use of Fx and reverbs that intrigue the eardrums whilst a vocal filters in / out carrying the title of the track. Great synth lines are introduced on the way and it gets funkier as it moves along.

The next title follows “Air Castle” and if you were a fan of the prior “Christian Smith title “Beluga” you are in for a real treat. This one of the more infectious melodic sides to smith productions, its got his signature dreamy sounding arpeggiator building throughout whilst really nice strings and pad elements morph in / out and emphasis atmosphere. It’s compounded with great rounded bass and classic techno rhythms. This is defiantly one for the crossbreed of Techno and Progressive heads to savior.

The album title track “Input-Output” is next on the play list with another one of smith’s trademark grooves, it features a funky tech house bassline with nicely percussive elements worked around it.
It’s got that super bouncy fun edge to it with hints of disco and more featured detuned vocals.
Reminiscent of his former track “Get it done” and like wise this title will strike a chord with house planet as well as techy followers.

“Interlude” follows in sequence and as I hinted earlier here is where you get to hear diversity. It starts in full classic resonating synth fashion with warm pads providing mood and atmosphere underneath it. There’s no drums in this track but is powerful enough without and really takes you down that classic warp records and “Speedy J” type journey. Minimal techno synth work that aids the listening experience.

“Blast Off” now takes the center stage next and I believe was the first single released from this album. Its one of those tracks that doesn’t really revolve around any key hook lines or synth riffs but uses lots of space and reverberated FX to do the work. It’s very hypnotic with an almost retro si-fi film modulated sound that in essence is screaming the title of track. Don’t let this track fool you into a perception of being light in any shape or form, listen to it loud and yes you will feel the aliens are coming but with impact.

Next we venture in Detroit supremacy with “Explanation”. This is a real underground exhibit with the laws of musically broken. There’s off beat drums hits used which if we were to follow the rules some would say its wrong but hey, maybe they should listen to this loud. The synth sounds used are a bit more low-fi / dirty sounding than the previous tracks but it really captures that Detroit esque vibe championed by like of “Jeff Mills”, quite dark with piercing rids cymbals.

“Subzero” (Club Mix) is the corresponding track to “Explanation” as was also featured as an adjoining single. This track ventures more towards the warmer sonic edge that we hear on smith’s melodic tracks. It’s a deeper mood from the off with a throbbing synth bass wave that gets you locked in straight away.
Its super hypnotic in the way it builds featuring delayed like piano sequences before smoothly moving to a 303 focus. The more you listen to this the more you are absorbed and its cleverly arranged as it seamlessly builds into one section to another.

Continuing with the same title we have the album mix of “subzero”. As you would expect with an album mix this is focused more on a listening experience than the prior version. Its starts in a transient mood with delayed chords before gently building with softer edged percussion. Like the club mix its still very hypnotic but lighter in its mood and once again crossing the borders towards the progressive channels.

Following suit of variations of titles of is a dub mix of “Initiate Sequence”. This dub version is more stripped down and more drum originated than original full mix featured earlier. There’s a lot less synth work included but provides great rhythm and a definable groove to work into crafted DJ sets.

The final track on the album is delivered in more minimal formation titled “Release”. Again there are elements of Detroit-ness to the sound in this one, it’s forged around a padded filter throughout with varying drum arrangements that keep it flowing and moving. Its a deeply compounded track with subtle changes that are more evident as you listen and especially loud. Hypnotic central is the order of the day here.

Overall this is another great album from “Christian Smith”, it’s definitely got more of minimal approach to his previous albums but it very mature and crafted with distinction. Its an album which various tracks will picked out to be featured in peak time DJ sets as well as some for the atmosphere led.

Already been endorsed by the like’s of “Laurent Garnier” and showcased on the current “Christian Smith” / “Tronic” tours, “Input-Output” is already making its unique connection.

Check out the full album by clicking the image!