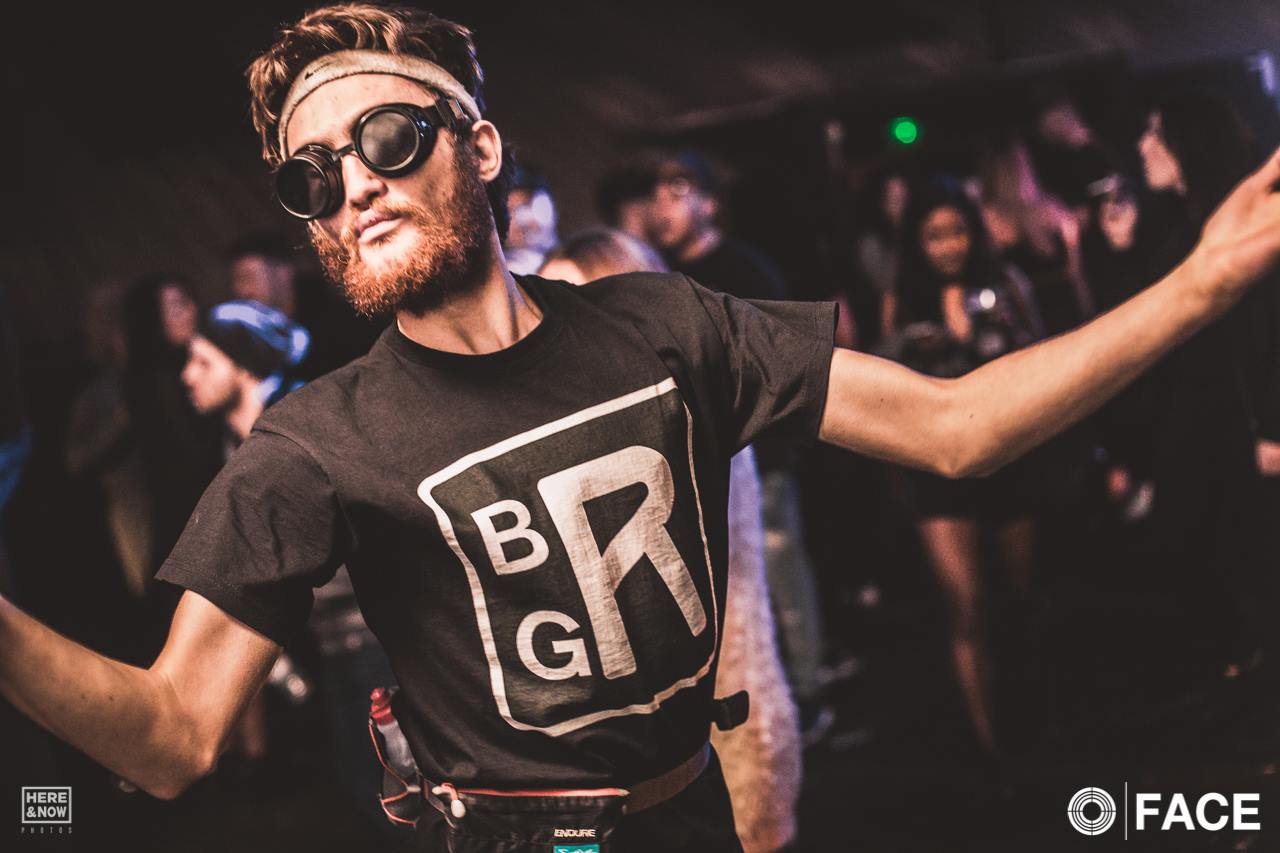 In between pulsating energetic dance moves, strobes, lasers and the occasional in-breathe tipping the Richter scales, I got the great opportunity to speak to this incredibly humble dynamic iconic raver, Bradley Gunn….

Mike Mannix: Nice one Bradley for talking to us at iconic underground, a software developer by day, a non-stop ‘sober’ renegade raver by the weekend, tell us what were your biggest influences growing up, what was the attraction to dance music??

Bradley: When I first came across underground music, it sounded so different to anything I had heard before and it was very addictive to listen to. I always liked dancing but never really found my element until then. I think my biggest attraction was the atmosphere that dance music provided allowing you to let go of everything and escape into a world of dancing like there is no tomorrow.

MM:  Tell us about the documentary made on your sober antics?

B: I just happened to be in the right place at the right time. I was dancing at a Hospitality daytime rave in Bristol and as the rave was reaching its final hours, a guy walked over and was asking some questions. He then mentioned that he was a film director at Aspect Media and if I would like to be involved in a documentary. Astonished by such a request, I accepted the opportunity.

MM: 10 hours of non-stop shapes on the dance floor must attract some attention from security heads?

B: When I go to a venue with a security team I haven’t seen before, it is expected for them to make assumptions, and it’s totally understandable because they don’t know anything about me or that fact that I’m just a sober guy loving life. I treat them with as much respect as I would expect them and after a while, they get to know more about me and it’s all good. The security is just doing their job and so any attention shouldn’t be taken personally, I embrace it and carry on dancing.

MM: What’s your usual process of preparing for a rave and what’s your ‘fuel’ of choice?

B: I first plan the travel arrangements of how I will get to the rave and fit it in amongst other events I may be attending. I then make sure the rave costume is fully washed and ready to go and pack essentials including headphones for the journey, a portable charger to charge devices, any documentation printed, and some spare clothes to put on after. My fuel of choice is water to keep myself hydrated.

MM: Do you ever get a come down from the weekend’s shenanigans?

B: With any form of energetic activity you will naturally become tired, when I get home I usually fall straight asleep if not required to be anywhere else and after a good few hours of sleep I’m back with lots of energy.

MM: How many miles do you get under the belt from tearing up the dance floor?

B: This changes from rave to rave, but there are several variables that contribute to the result:

Enjoyment: The more I enjoy a rave usually means the longer I will dance.

Any previous raves attended in the same weekend: If it a multi-day festival or me has attended a rave a few hours before, I will usually be more tired at the next rave meaningless steps.

MM: What’s your fav bangers and DJ’s that gets your rush on?

B: It’s really had to cut it down to a justifiable answer as I like a lot of tunes and artists. Taste is subject to change over time, however, at the current moment in time, I am mostly into what I can only describe as driving Techno with an ambient and melodic touch.

MM: What has been your favourite rave?

B: My favourite rave so far has been Junction 2. Drumcode underneath the M4 motorway was absolutely crazy and it just created an atmosphere like no other.