Mike Mannix: I’m here with Botanical Duo an up-and-coming Live dance music act based in Dublin whose raw dynamic sound is hammering systems all over the Capitol, they are heavily influenced by the old Acid House and Techno era, and we caught up with them to get the sus.

So starting with you Jake tell us a little bit about yourself how you started off before you hooked up with Oisin?

Jake: I grew up in a few party and festival environments as a kind of squat baby (joke) haha there was always people in our house playing lots of music, they were like my extended family. My father got me into jazz and world music, & I started to explore and develop that a bit and I learn’t to be a drummer, and now I play lots of live music. In my later teens I got into electronic music I always had a yearning for it anyway and it just felt that the time was right.

My initial influences were early Dubstep & Drum and Bass, & my dad actually had loads of tapes that I kept finding and playing I loved them. When I was 16 I started to produce and I was using fruity loops haha for a number of years but wasn’t really finishing any tracks I was just experimenting and having a buzz. I met Oisin then at the Cork Jazz Festival…

Oisin: Yeah Jake’s girlfriend was actually in the School of Music the same time I was there and Jake and Tom (Jakes Dad) came down for the Cork Jazz Festival and we all hooked up and hit it off from the start, and we had a bit of a fucking party for a few days haha as you do. 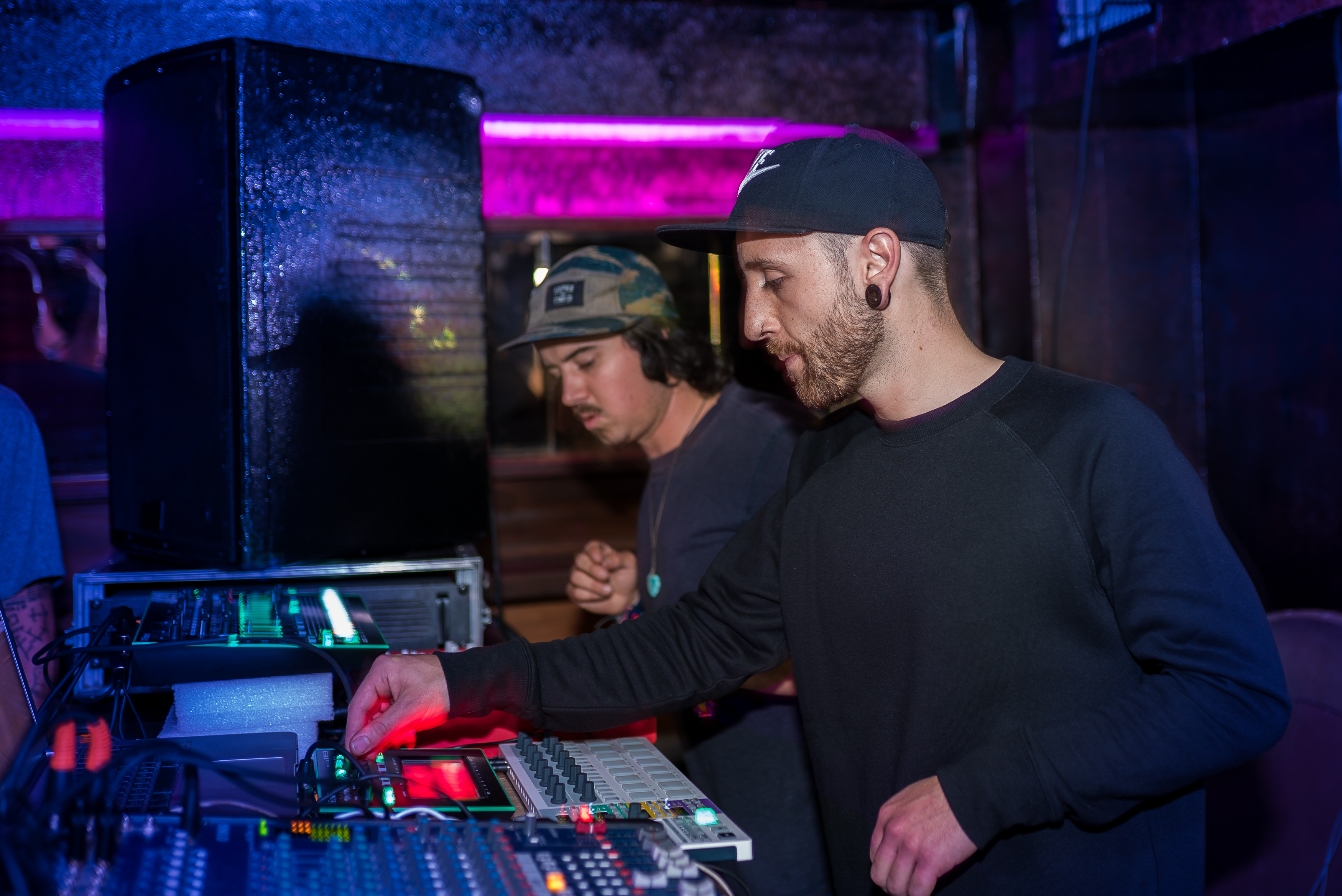 When I was growing up, my dad had a huge and varied taste in music and on Saturday afternoons we would listen to loads of tunes like Massive Attack and Faithless, and as I got older I really got into metal and played in a couple of bands in Cork. Then my dad bought a Mac which came with GarageBand and I just started really messing about with it and playing around with Dubstep. Eventually, when I moved to Dublin me and Jake ended up sharing a gaff this absolute dive in Stoneybatter haha it was raw. We actually started to try and do a Dub Reggae track with a few breaks and a bit of Jungle if I remember right on Ableton just to see what would happen.

Jake put a bit of live bass into it we only had a tiny little amp with two small speakers and played for hours and hours and hours pissing off the neighbour’s cos’ we were practicing like haha. I started working in the Twisted Pepper a club in Dublin and was there for a couple of years and both Jake & I spent a lot of time in there practically living in the place. I was in the basement a lot working so I seen a lot of DJs & bands sober and I remembered it all and was really influenced by it.

Eventually, what we heard in there really pushed us to try working on some banging techno on the laptop, until we realised how limited we were as we had no midi keyboard, and the kicks didn’t sound phat, and that pushed us to get a couple of small analogue pieces, a new interface and a set of monitors, and we spent a long, long, time practicing and working on our sound before it even became our sound, it took ages.

Jake: Yea, we felt at the time that we were getting nowhere fast and we just couldn’t figure stuff out. So to clear the heads we would have to take breaks and get out of the gaff, thankfully near where we lived are the Botanical Gardens in Dublin, and went there a lot and that’s actually where the name came from, which was better than the first name we came up with which was Gut a Drum haha.

‘’If anybody asks us now who we are, we say we are a modern take on the late 80s, 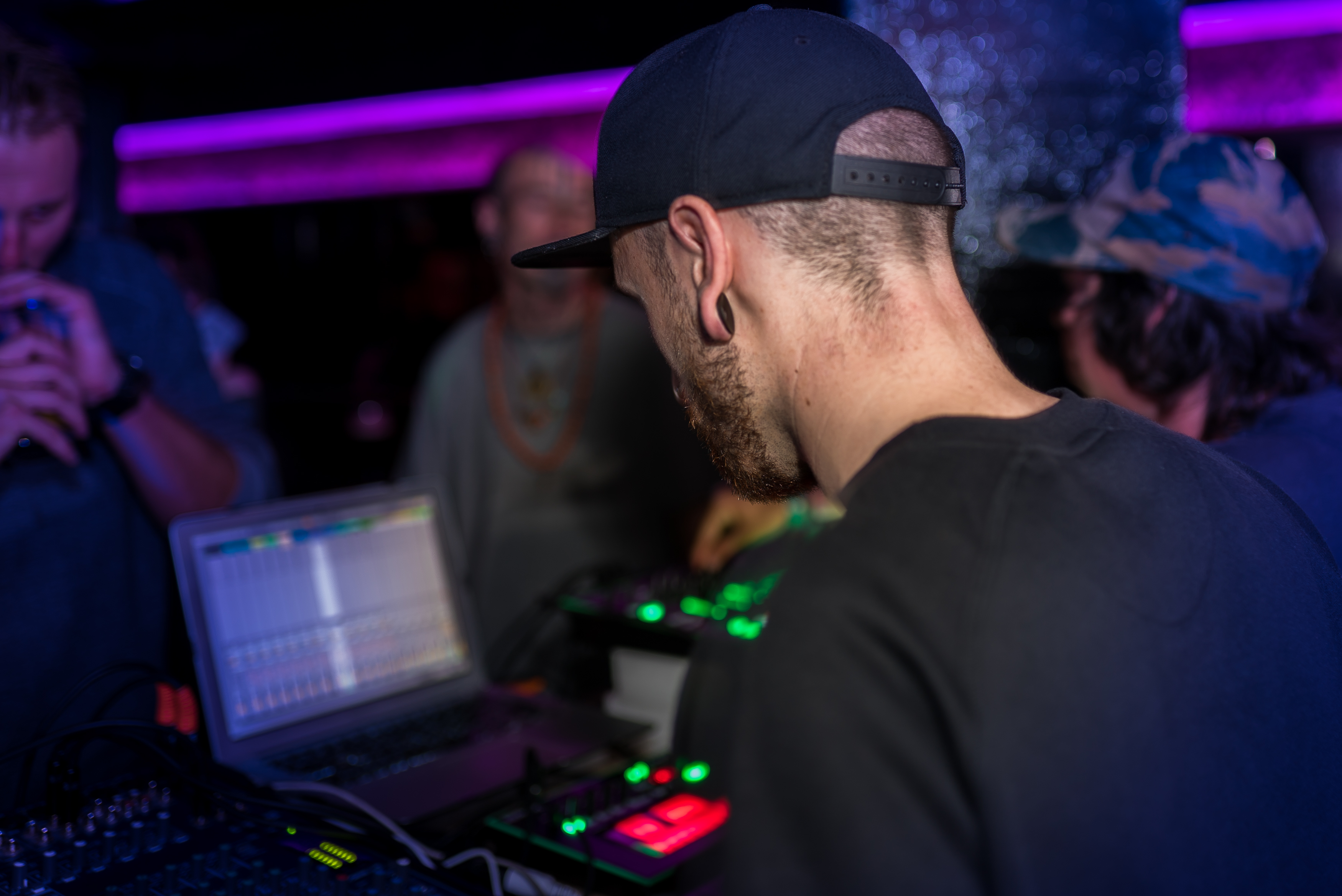 MM: So that’s when you started to define your sound?

Jake: Definitely, when we got the TB-3 the little brother of the 303 everything we did then had an Acid sound. We mixed it into the breaks and I took care of the arrangements and the live drums, and Oisin did the Acid sounds and the synth lines, pretty much what we do live at a gig now, it’s become a pretty even blend of the two. We both have our own space and any ideas that we came up with just seemed to gel and work together.

MM: So you’ve had a pretty fantastic summer since the launch of your debut EP on Inhabit Records at t he roof t op party a few months ago, you’ve been busy playing loads of live gigs, is this the plan going forward now to continue t his run?

Oisin: By the time the EP came out we we’re both absolutely sick of listening to it to be fair and had wanted to burn it haha (joke) but seriously, the party itself on that rooftop was pretty special, and we felt like we were on top of the world hahaha for more reasons than one. After that, we got to play at a few more roof top gigs and festivals, and now have other gigs coming up as well which is great. So, yea man, we’ve been quite busy and we are really looking forward to next year now. Thanks again for talking to us.

Botanical Music smashing it in live, for some lush acidic Electro and a pinch of Techno for the tougher boys and girls