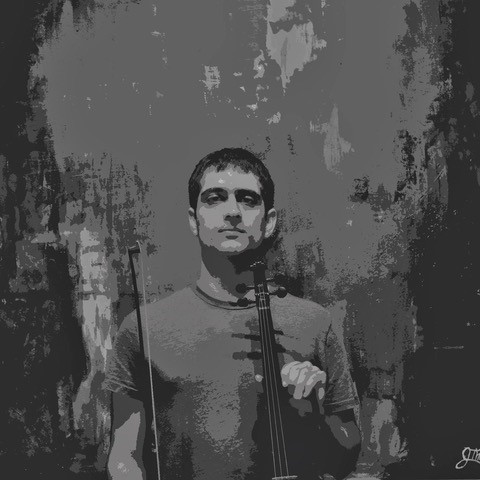 It’s rare these days that we encounter an artist as diverse as Beartrax. Not only does this guy produce wicked music, but he also does so with a unique and contemporary flair that’s so often lacking in his contemporaries.

Anyone who’s sampled his hybrid violin/DJ sets or caught any of his stunning records on his own Melodize label will know just what I’m talking about too. His latest is a brilliant case in point. Armed with a brilliant remix by none other than UK electro god Carl Finlow, the Dream Riff EP is high on intoxicating vibes that keep the listener firmly engaged from start to finish.

We really can’t get enough of this one, so we decided to check in with the NYC producer recently to see what’s what….

IUM: How are you, what’s good and bad in your world right now? What’s keeping you busy outside of music?

Beartrax: I’ve been well overall- Staying busy with the label as well as my own production and DJing. I also work as a lawyer which keeps me super busy. I feel I’ve been fortunate to have that and music to keep me occupied during this crazy year and I’ve taken this year as an opportunity to forge ahead in everything amidst all the lockdowns, etc.

I’ve taken this year as an opportunity to forge ahead in everything amidst all the lockdowns, etc

IUM: As an American, how influential was your country on your sound? What clubs, parties, and DJs influenced you to start DJing and producing?

B: I’d say that overall, American music hasn’t been as much of a direct influence on me and that I’ve been more-so influenced by European interpretations of House and Techno. I discovered house and techno when I was studying abroad in Paris in 2011 and went to Rex Club one night. I was fortunate enough to stumble across a M_nus label showcase and the minimal sound was a big influence on me when I first started producing back then. 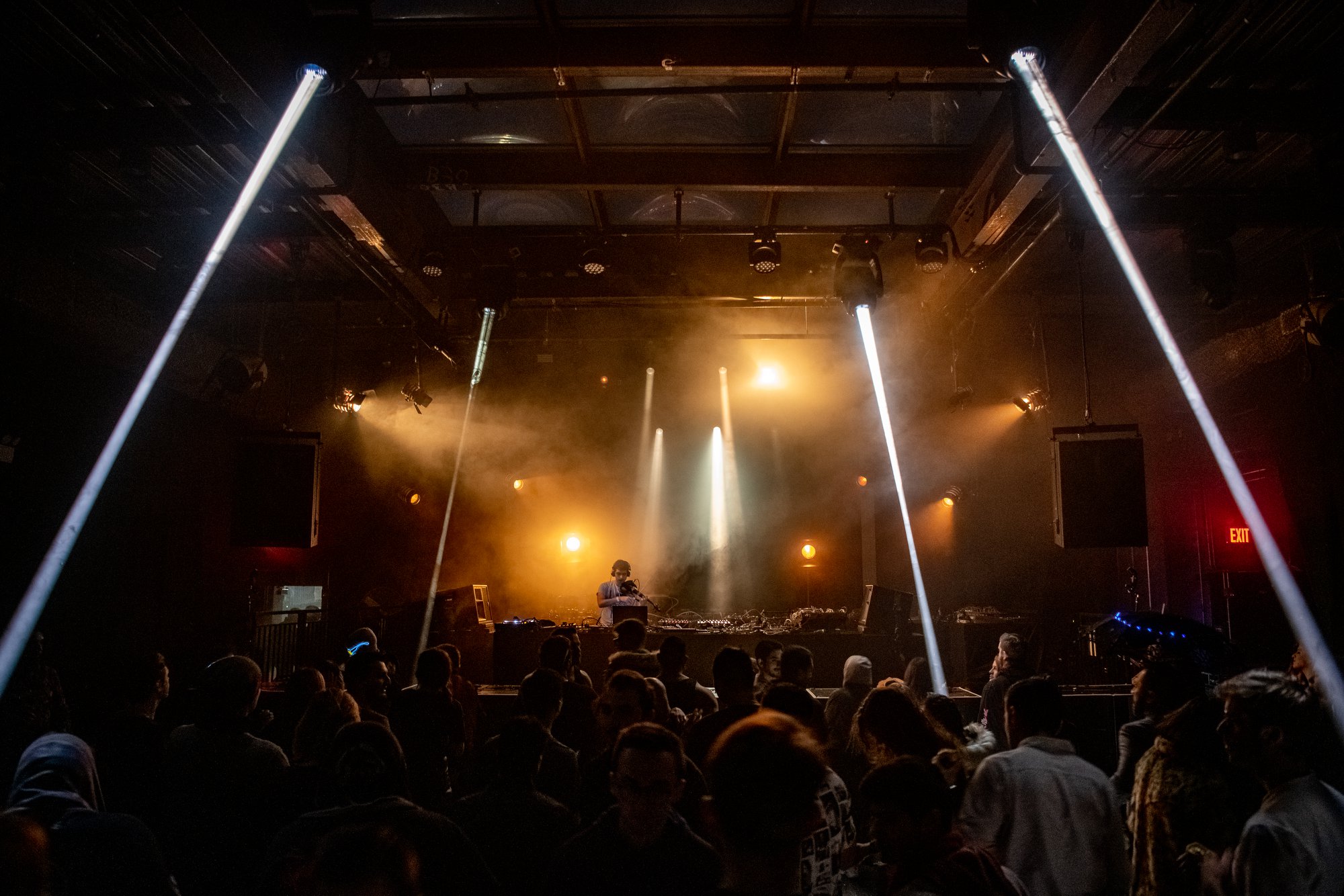 Later on, I was mostly influenced by labels like Kompakt, Cocoon, Traum, Poker Flat, and BPitch and was very drawn to synth-heavy sounds which resonates with me due to my background as a violinist. I’d say that there are definitely some American influences on me, however, and I love listening to some of the Chicago/Detroit classics. Hip-Hop/Rap have also definitely influenced me with regards to groove/beat construction.

IUM: Did you get to experience the halcyon days of NYC clubbing? Is that something you’d have loved to have been a part of?

B: I did not- I moved here 3.5 years ago so those days of Twilo, Limelight, Studio 54, Paradise Garage, etc. were long gone. I’d of course love to have seen those days and if time-travel is ever invented, I’d hop on one of those dancefloors for sure. NY has a great scene these days though in my opinion, and there were a number of good clubs here prior to the pandemic. I’m hoping they’re able to survive, but either way I’m sure the scene here will be thriving after we finally can open clubs up again.

Limelight, Twilo, Studio 54, & The Paradise Garage etc. were long gone. I’d of course love to have seen those days and if time-travel is ever invented, I’d hop on one of those dancefloors for sure!

IUM: Can you tell us a bit about your favourite gig of all time? What made it so special and what are the ingredients that make up a good night do you think?

B: ‘I’d say probably when I closed House of Yes after a set by Oliver Koletzki back in early 2018. The vibe was incredible as he was finishing his set and it was quite a treat to play to a packed room and close things out. I think closing sets are my favorite because there’s already a high energy in the room and you can have the freedom to guide the crowd to the finish line how you want to. I just felt the energy with the crowd was perfect that night and that there was a kind of synergy between my music and the dancers.

IUM: You’ve enlisted the brilliant Carl Finlow for your latest release. What made you want Carl to remix your music?

B: I first discovered Carl’s Random Factor work a few years ago. He is so talented and has put out so much good stuff over the years on multiple aliases. I really like his melodic, musical take on electro which is why I thought he’d be a good fit on the label. He banged out an excellent remix and basically took all of the musical, acoustic parts of my track and recreated them into electronic parts which I thought was super cool.

He banged out an excellent remix and basically took all of the musical, acoustic parts of my track and recreated them into electronic parts which I thought was super cool

IUM: Tell us a bit about Melodize. What motivated you to start it up? Do you make yourself goals with the label in terms of who you want to work with and where you want to be?

B: Per the name of the label, I’m in love with melodic music and I go after artists whose music is generally melodic/musical. This is due to my background as a violinist and having played in orchestras and bands growing up. I started the label because I’d been putting music out for years and had kind of reached a point where I felt that my sound was becoming more refined/specified. As a result, while I felt like I was making the best music I’d ever made, it wasn’t really fitting with any labels so I thought that putting it out on my own platform made the most sense. I also love having the control to go after artists and organize releases, and it’s been a joy to do A&R’ing and work with artists whose music I love. 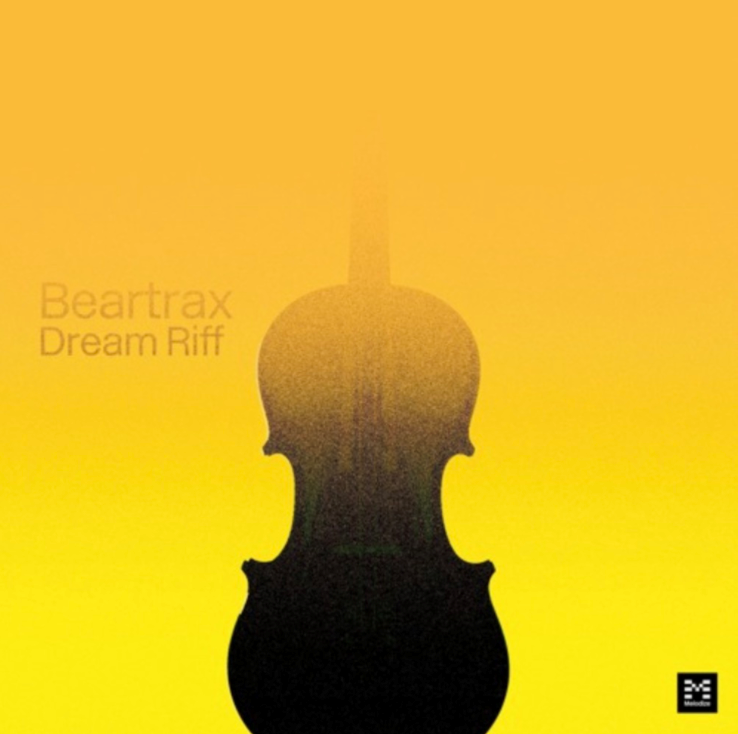 IUM: What’s been the most challenging aspect in terms of finding your sound do you think?

B: Thank you. I think Ethereal was a breakthrough in my sound and really represents the straightforward, honest, melodic aggression that I’m trying to express in my music. I think the violin solo fit well in the track too and that laying back in the beginning and letting the arpeggios set the tone for the rest of the solo was a good approach. Music has been therapeutic for sure- as I mentioned previously,

IUM: Can you tell us a bit about what’s more in the pipeline for Melodize and 2021?

B: I’ve taken the total opposite strategy of releasing quality over quantity- when I was coming up and releasing music on labels I too often saw labels release way too much mediocre music and not put much effort into promoting the releases only to see all of the releases get lost in the massive pile of digital music. A big reason why I decided to start my own label was because I wanted to make every release special and give them the care they deserve. As such, I’m only putting out about 4 records a year, or one record about every 3 months. With all the effort I’m putting behind each release, that’s plenty and I think it gives each release a shot to shine.

IUM: Have you experienced any socially distanced gigs etc? What are your thoughts on them?

B: I have not. I think they’re fine as long as they abide by the regulations but they’re definitely not anything like the real thing and it’s quite difficult to replicate a setting where you can get that special level of inspiration from hearing an artist while in a packed crowd.

I’ve taken this time to mainly focus on other things – I miss clubbing and concerts more than anything but I just think it feels weird/selfish to do those without any masks or distancing these days, which is what I’ve seen/heard a lot about lately. If it’s done properly as well, it’s just not very stimulating to me to hear a DJ play while I’m eating dinner at a table or something like that.

IUM: What’s been the most challenging aspect in terms of finding your sound do you think?

B: It’s all a long trial and error process. For me, my first years of production were mainly about learning software/production and learning about house and techno music. I then started slowly incorporating my musical background more and more, eventually using my violin in songs and then finding synth sounds I enjoyed.

In the last few years, I’ve changed my setup to include more and more analog hardware synths and I’ve become a bit of an addict in that regard, always on the hunt for the next magical synth. I added an Oberheim Matrix 1000 and Juno 60 recently and am obsessed with them. Overall, production is a lot of grinding out ideas, both good and bad, getting feedback from friends/colleagues, editing, re-editing, listening, testing tracks out, etc. It’s tedious and difficult, but the end results are super rewarding.

IUM: Can you tell us a bit about what’s more in the pipeline for Melodize and 2021?

B: I’m talking to a few artists and am planning to hopefully have 3-4 solid releases. My plan with the label is to have around that many releases a year and put a lot of weight behind each release to give them the attention they deserve- definitely quality over quantity for me.

IUM: How have you managed to stay positive of late? Has music been therapeutic for you in that regard?

B: As I mentioned, I’ve just been super busy with the label, production and DJing as well as my job as a lawyer. Of course, as the lockdowns eased up I’ve been going out with friends for meals as well which has been nice.

IUM: Can you tell us 5 pieces of music/literature/cinema etc that’s helped you over the past while?

B: I really enjoyed Borat 2 a few weeks ago. I’ve also been keeping up with lots of DJ sets and mostly listen to new ones while I’m doing my day job work as a lawyer. I’ve enjoyed following DJ Rubinstein’s Quarantine FM series and I love Tiger & Woods’s Rinse.FM shows as well. I’m a huge sports fan too so it has been great to watch baseball, basketball and football again this year after a pause.

Beartrax’s Dream Riff EP (featuring a remix by Carl Finlow) is out now via Beartrax’s Melodize label. Keep up with Melodize on Facebook and with Beartrax on Instagram and listen/buy to the release here.