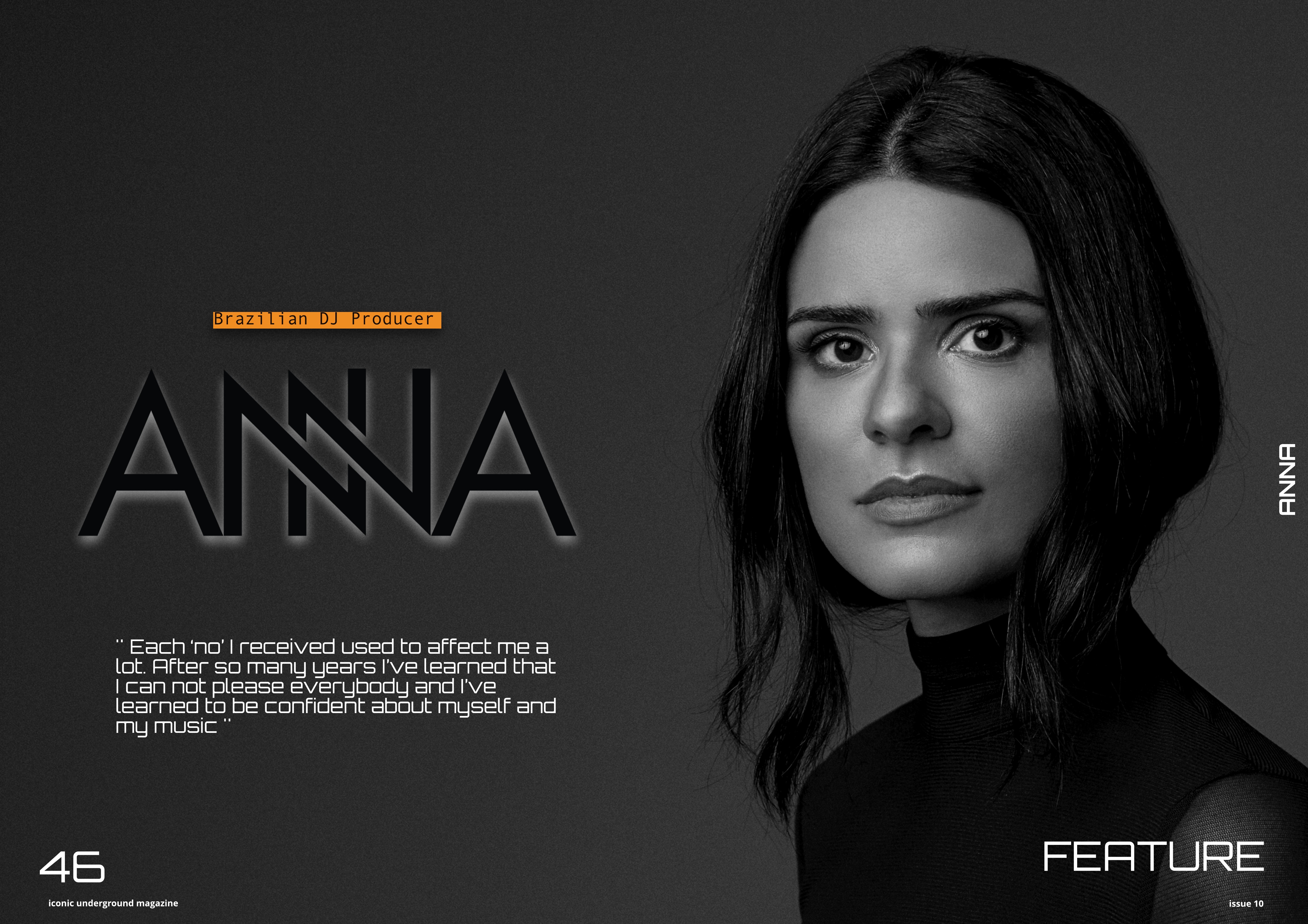 ANNA is a talented Brazilian born, Barcelona based, Techno DJ Producer, who won the Best Break Through Artist in 2016 at the international DJ Awards in Ibiza.

She is blazing her style and beats across the globe and smashing it out to the Techno masses, here’s her story ..

Mike Mannix: ANNA, it’s great to finally catch up with you, as we have been fans of your uncompromising banging real Techno beats for some time, but before we touch on whats happening now, bring us back to your early years growing up in Brazil and what inspired and motivated you?

ANNA: Thank you for having me Mike! I grew up in a small town in the countryside of São Paulo. I had a really nice childhood. Ever since I was a child my father and my uncle used to own a club, there were times they had another club in different cities also, but the main one was in Amparo, the city where I grew up. I remember always being at the club during the day, I loved to help with stuff especially during NYE decorations.

When I was about 14 years old my parents allowed me to start going to the club at night, so I started going every weekend. The club used to have 4 different rooms and the one I liked the most was the “Techno” room, where all the styles of underground music were played. I have a strong memory of being fascinated watching DJ Marky playing drum’n’bass and making the crowd go nuts. I started DJing because one day I was talking to my father about the resident DJ being a little lazy and playing the same tracks in the same order every weekend and

he told me I should give DJing a try and everything started.

MM: You’ve recently released your latest banging EP on Kompakt ‘Speicher 101’. I’ve been listening to this up loud n proud at iconic HQ all morning, it’s intense just how we like it, great work! What were your thoughts and inspiration behind these tracks ‘Hidden Beauties’ & ‘The Dansant’  and can you walk us through the studio process for both from the analogue outboard, midi, samples and DAW you use and why? What was key in the whole production process?

A: ‘Hidden Beauties’ came up when I was messing around with Endorphines a euro rack modular that is extremely powerful and that baseline hook came up, so I was building the track around it. I got a bit stuck and I decided to take a break. I came back to it after

I was watching an interview of Jeff Mills that gave me the idea to build a 303 acid hook for it.

I did it using the audio realism plugin as I, unfortunately, don’t have the TB 303 yet. After that, the track was finished pretty fast.

‘The Dansant’ came up after a jam session – I was in the studio just trying stuff without any idea, in particular, I had done pretty much the whole track but the main sound of the track was still missing. It took a while until the main theme came up. I did it using Atlains module from Intelijel with is another bit of gear I am using on almost every track of mine.

MM: What’s the biggest challenge in producing techno, for you personally?

I try to make the track work without saturating it with too many elements,

but it is not always easy, not because of the musical side but also the technical side, the frequencies, stuff like that.

MM: Tell us about making your mark at Brazilian clubs like ‘Warung’ and ‘D-Edge’. How fundamental were they in helping you create your sound?

A: For me, they are one of the best clubs not just in Brazil, but in the world. These are the clubs in Brazil that bring most of the underground artists to the country for about 15 years. They often are open to taking risks and bring something different – often new artists or artists with styles that are not so common in Brazil.

I can’t see the underground scene in Brazil without D-Edge and Warung,

I used to go a lot D-Edge for inspiration when I wanted to discover new artists and to have fun.

It was the place to be in Sao Paulo, the city I used to live when I was still trying to make a place for myself in the scene. It took me a while to go and play at Warung, as it was far from Sao Paulo and I always used to hear how AMAZING and special it was there and about 3 years ago I played there for the first time and I have to say it is indeed special and magical. It is in my top 3 clubs in the world. I consider it a great achievement in my career, now been able to be part of these clubs, to play there frequently and to have my space.

A: There were some difficulties, like coming from the countryside in Brazil, a place where there was no electronic music at all; the scene in Brazil was not really popular at that time, let alone in the countryside. I didn’t know anyone in the music business, my father used to own a club, but he didn’t have any influence at all in the industry. At that time being a DJ and producer of underground dance music wasn’t easy, so it took me some time to earn some space and be able to express my work. But my biggest barrier was myself, my insecurities, my frustrations, my uncertainties, my immaturity. I started very young with just 14 years old and struggled a bit until I had the freedom and confidence I have today.

Each ‘no’ I received used to affect me a lot. After so many years I’ve learned that I can not please everybody and I’ve learned to be confident about myself and my music.

MM: What advice would you give the aspiring DJ today/producer on how to be creatively original in an already saturated market?

A: Be the best you can be, study and research a lot to have a good musical background and some production skills helps a lot to translate the ideas in your head to the project, but the most important: Be yourself! Don’t try to make what everybody is making just because it is hyped right now if you love it ok, but don’t do it just for an opportunity to be successful.

If you do what you love and believe in, you will have your space sooner or later.

MM: Do you feel this is a particularly exciting time to be a woman working in dance music?

A: Yes!! So many amazing women in the scene at the moment, and not just there but placing themselves as leaders in their movements. And at the same time, many of them are fighting against the injustices we sometimes see in the industry. So yes,

it is an exciting time to BE A WOMEN.

MM: What do you hope that people will say about you when they look back at this moment in techno?

A: ANNA made us fall in love with her music.

MM: You have traveled all over the world, what are your biggest stand-out festival/gig moments where you thought ‘fuck this is real this is amazing….’?

A: Oh this is so difficult really, so many amazing places. I will pick Awakenings from last year because it was a dream come true to play there.

I was doing a b2b with Monika Kruse and when we started playing the floor was still empty. We started playing and after 20 minutes the tent was completely full. I could not believe it and I had the best time ever.

MM: If you could change anything in the world what would it be?

A: The suffering we inflict on the animals, we don’t own them and we cannot exploit them the way we do, we are here to help and guide them.

MM: What’s the funniest thing/experience to have happened to you?

A: This is not so funny to read, but I will never forget this: once after I finished my set a guy came to me with a fifty dollar bill and insisted that I accept it. He was saying he had the best time and he really wanted to give me the money. I told him I was being paid to play and that he didn’t need to give money, but in the end, I gave up arguing and accepted the money. 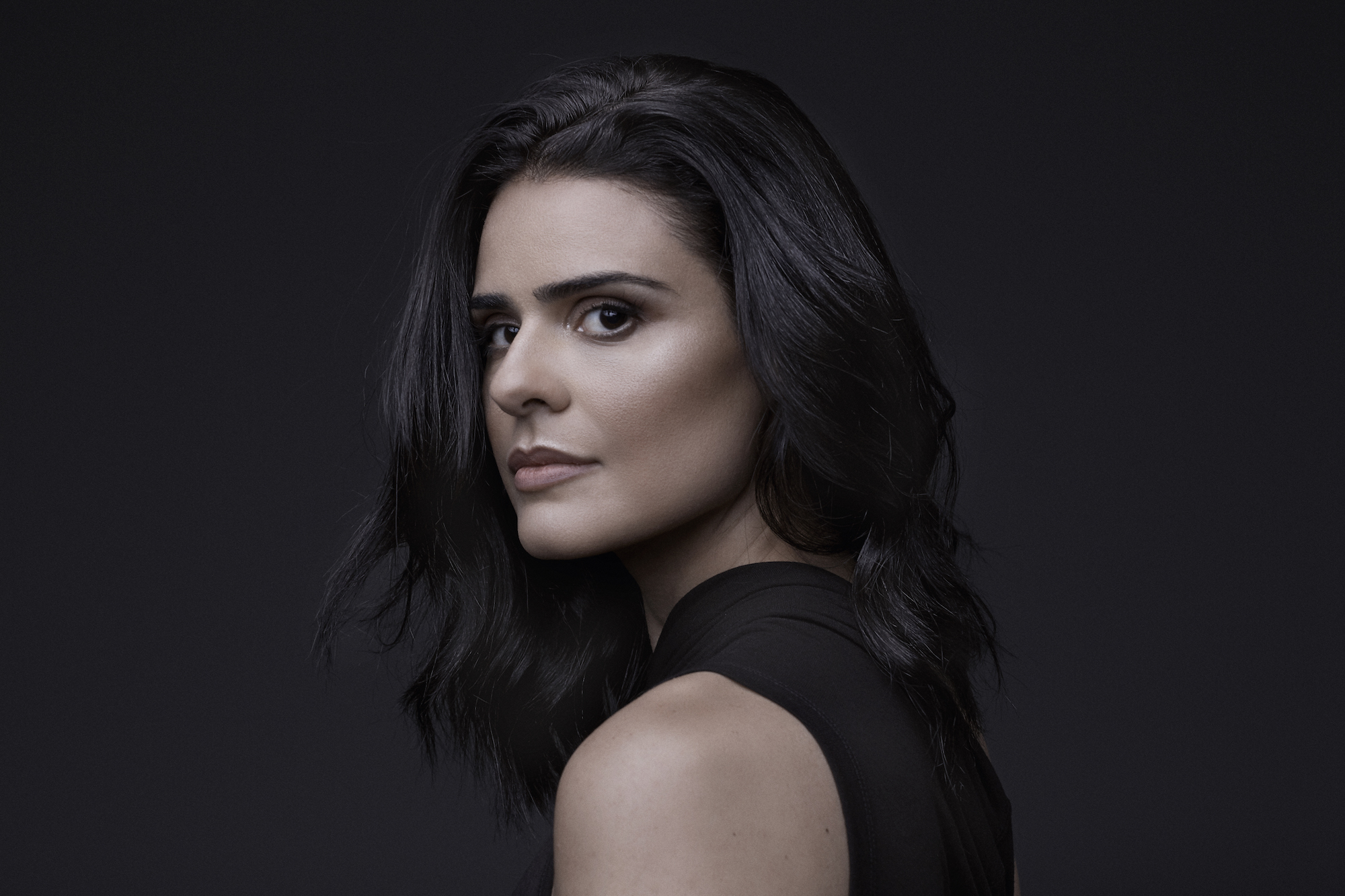 A: Well I have some EPs coming, one with Clash Lion in April, and the other one in May for Novamute. I am also working on a new one for Kompakt to be released this year and some other exciting stuff that I cannot talk about yet.