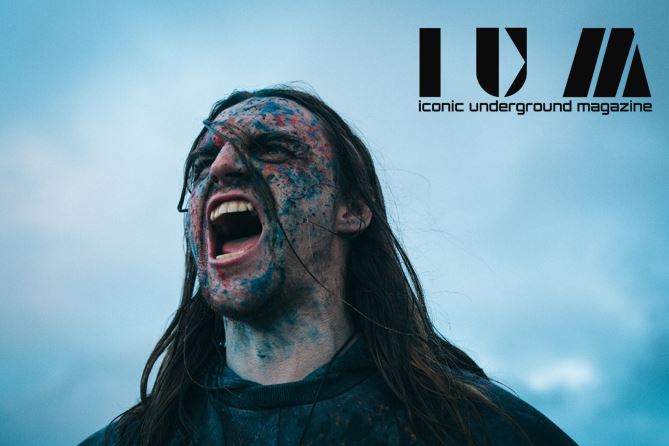 Will Atkinson is one of the most formidable ground breaking UK pioneers, that’s creating a systemic shift in the global Trance scene. Hailing from Orkney in Scotland, Will has emerged over the last 12 years to position himself at the very centre, with his lethal attention to detail and intense studio ethics, has culminated in some of the best records the scene has to offer.

We sat down recently with this master curator to talk to him about his rise and debut album!

IUM: Nice one Will. Since entering the scene in 2008, your productions have been showcased by global heavyweights like Paul van Dyk, Pete Tong, John O’Callaghan, Giuseppe Ottaviani, Simon Patterson, Alex Morph, Axwell and Armin van Buuren. How did it feel to finally release your first full-length artist album ‘Last King of Scotland’ last month?

WA: I think the overriding feelings were extreme satisfaction and closure. Satisfied that I had confidently reached the ridiculous bar I set myself for this album. It had to be the best record I ever produced. And if I came out the other side feeling like a single note should be changed, then in my mind I had failed.

Well, I sit here now, and I can say I honestly I would not change a single thing about this album. The global pandemic hit. It changed the shape and flow. Old tracks came off, new tracks went on. It became less dance floor driven and more of a story to be understood outside of a club. So, I was challenged in so many aspects throughout. And if I can still sit here without playing a single beat at a packed-out club event this year and say I wouldn’t change a sound on the album, then I am extremely satisfied with that.

And that gives me closure on 30 years leading up to this moment.

The sound, emotion, spirit – everything I have poured into these 17 tracks needs to justify and express every inch of my journey to this moment – the release

I’m confident it does so that gives me closure and hunger to move onto the next project. 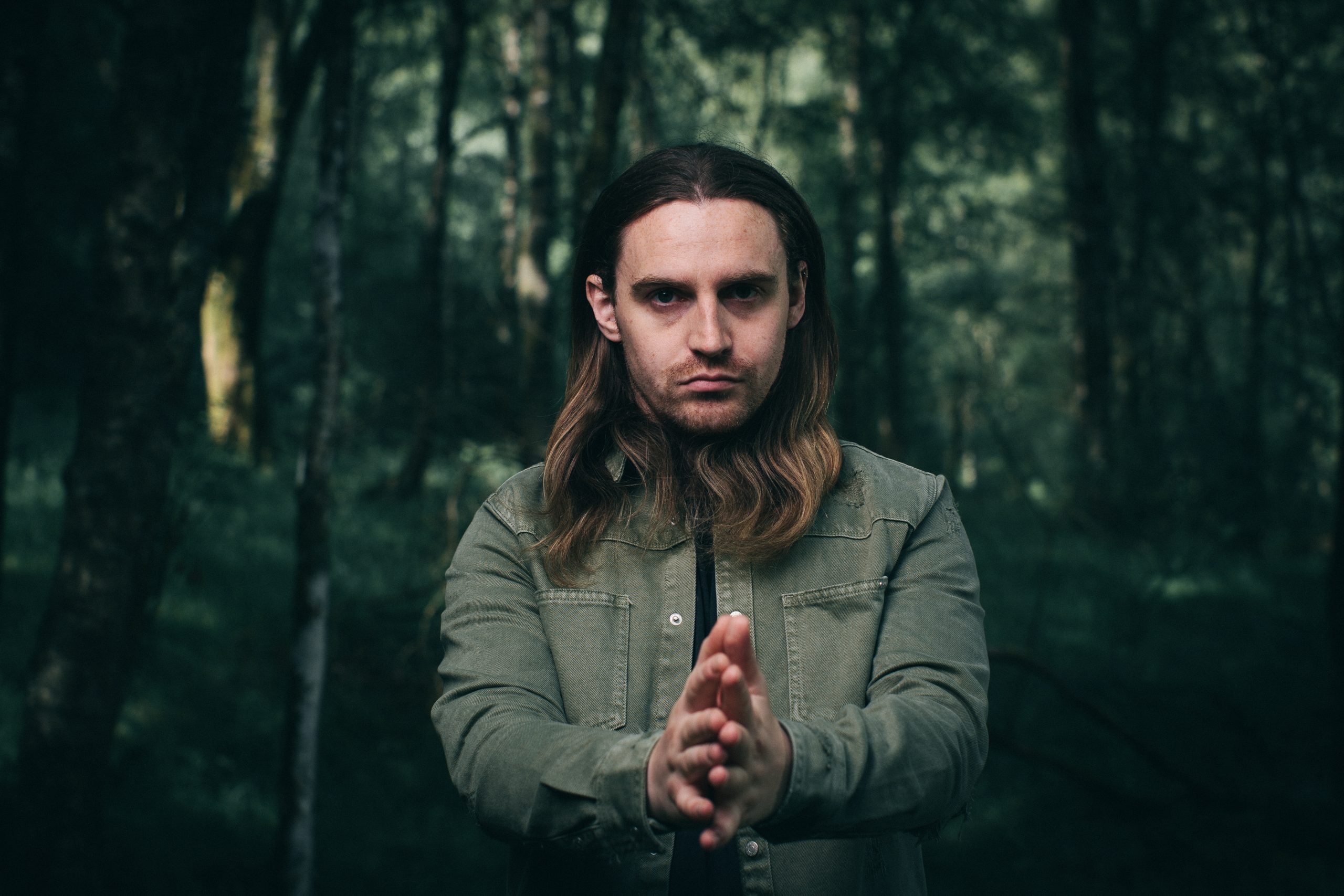 IUM: Judging by its title, your home country of Scotland must have played a huge part in the formation of this project?

WA: It’s played a massive part. Scotland has shaped me as a human. But also as a producer and lover of music. Places, people, experiences. Love, loss, family, friends – everything is so rooted to the place I call home. There is nowhere more inspiring for me. So it seemed right to pay homage to this.

IUM: Growing up in Orkney, when did you first realise your love for electronic music?

WA: My mum got me into Dance Music. She put me onto Judge Jules’ Radio 1 show back in the late 90s. I was blown away by the energy, the open-minded flow of each record. No formula. Growing up on Orkney back then it was either AC/DC or Kenny Rogers. I listened for the first time when we were driving south to see some family.

This was a breath of fresh air. I was mesmerised. That’s when I heard Paul Johnson – Get Get Down. And that was it. One week later I was in my local Woolworths trying to describe to the poor check out lady the track I’d heard – she hadn’t a clue. Eventually we dug it out. The start of my archive. And my first ever cassette tape! I must’ve been about eight.

IUM: How do you feel about the state of our dance music scenes now, in Scotland and beyond?

WA: I think the scene has always been pretty healthy in Scotland. If we’re talking purely Trance, the last show I played in Glasgow was at The Galvinisers, SWG3 in March. It honestly felt like the start of a new wave of love and passion for Trance. Dare I say

the energy reminded me of The Arches at points

And I don’t say that lightly. That was all cut short of course weeks later when the world was plunged into a global pandemic. But I hope we can start where we left off because that felt like a real turning point for Trance in Scotland.

I don’t think Scotland needs to worry too much about the general dance music scene though. As far as House and Techno are concerned, they’re thriving. And people just love the madness – the same madness that is etched into the fibres of this scene we all love. 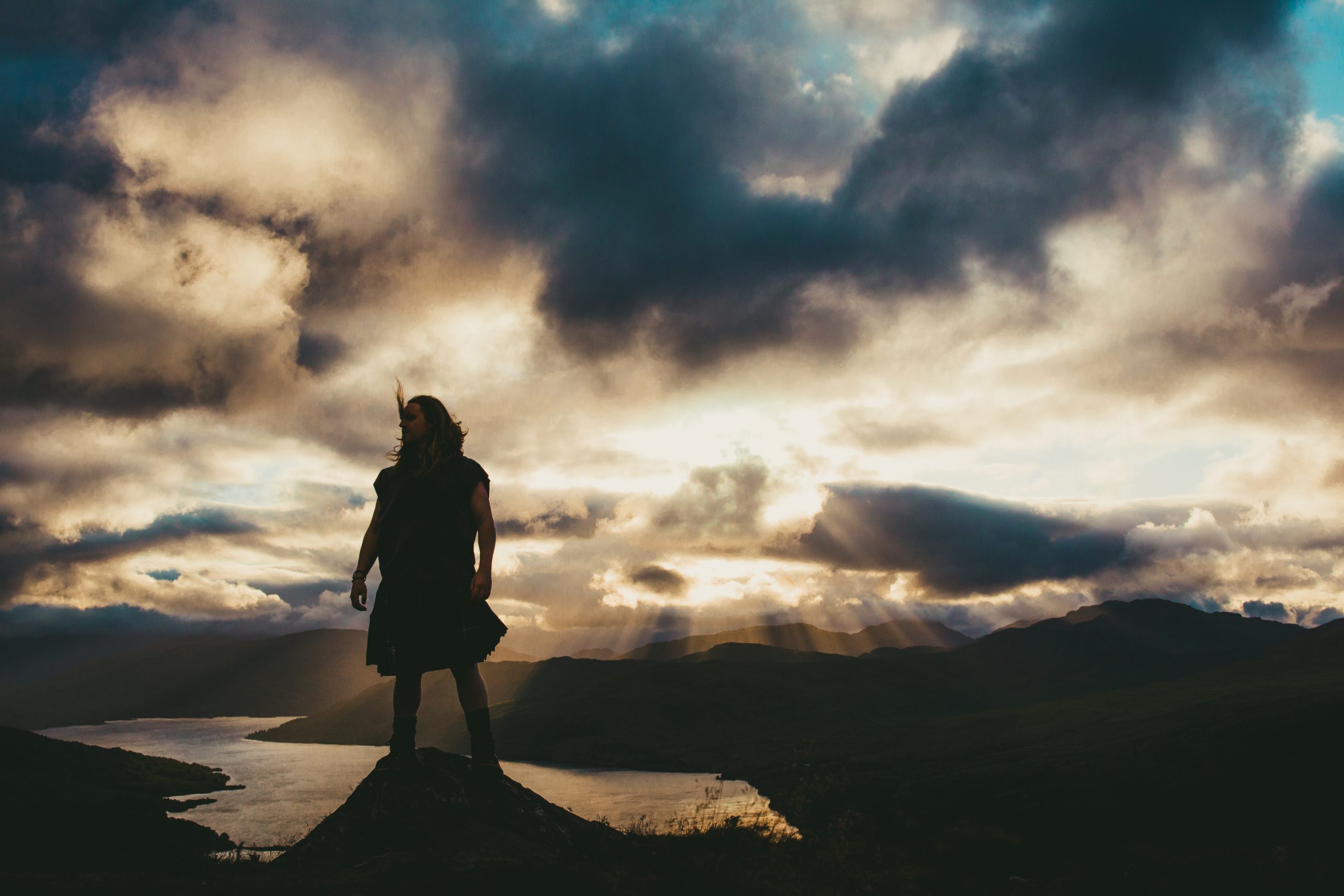 IUM: The album has a whole host of huge collaborators, from German trance king and Grammy-nominee Paul van Dyk to acclaimed British songwriter and composer Gary Go. How did these collaborations come about, and what was the recording process like?

WA: I worked with a plethora of international artists on this album. Hailing from Berlin to LA. London to Oban. Some were heroes, others were friends. Then some were just insanely talented songwriters. But all with one thing in common. Their potential enriched my sound and add a new, exciting twist. Otherwise, is there any point in collaborating?

I’m a control freak when it comes to the studio

Thus I’m not ideal for collaborating with. I need to have my stamp on everything. I know how I want it to sound.

If I don’t realise that vision, then the track is dead in the water for me. So collaborating is difficult for me. Unless I am passionate about the artist, and the potential outweighs the compromise.

All these artists ticked that box. Some tracks began as singles. Awakening with Paul was a melody I had sitting on my computer for around 8 years. Until it finally came to life as a demo for Vandit. Then Paul decided to join me on the record and collaborate.

Other tracks started out as indie demos. Happy Hours was an Ed Sheehan style pop record before drafted in DC Breaks who turned it into a rib rattling D&B masterpiece. The track with Gary Go was originally a sort of progressive indie track. My manager John brokered a deal at ADE, Amsterdam, basically giving me a shot at the stems, subsequently turning it into a brooding crossover Trance meets cinematic Rock cut.

Each collaboration has its own wee story. But they are all with artists that excite and energise my sound. 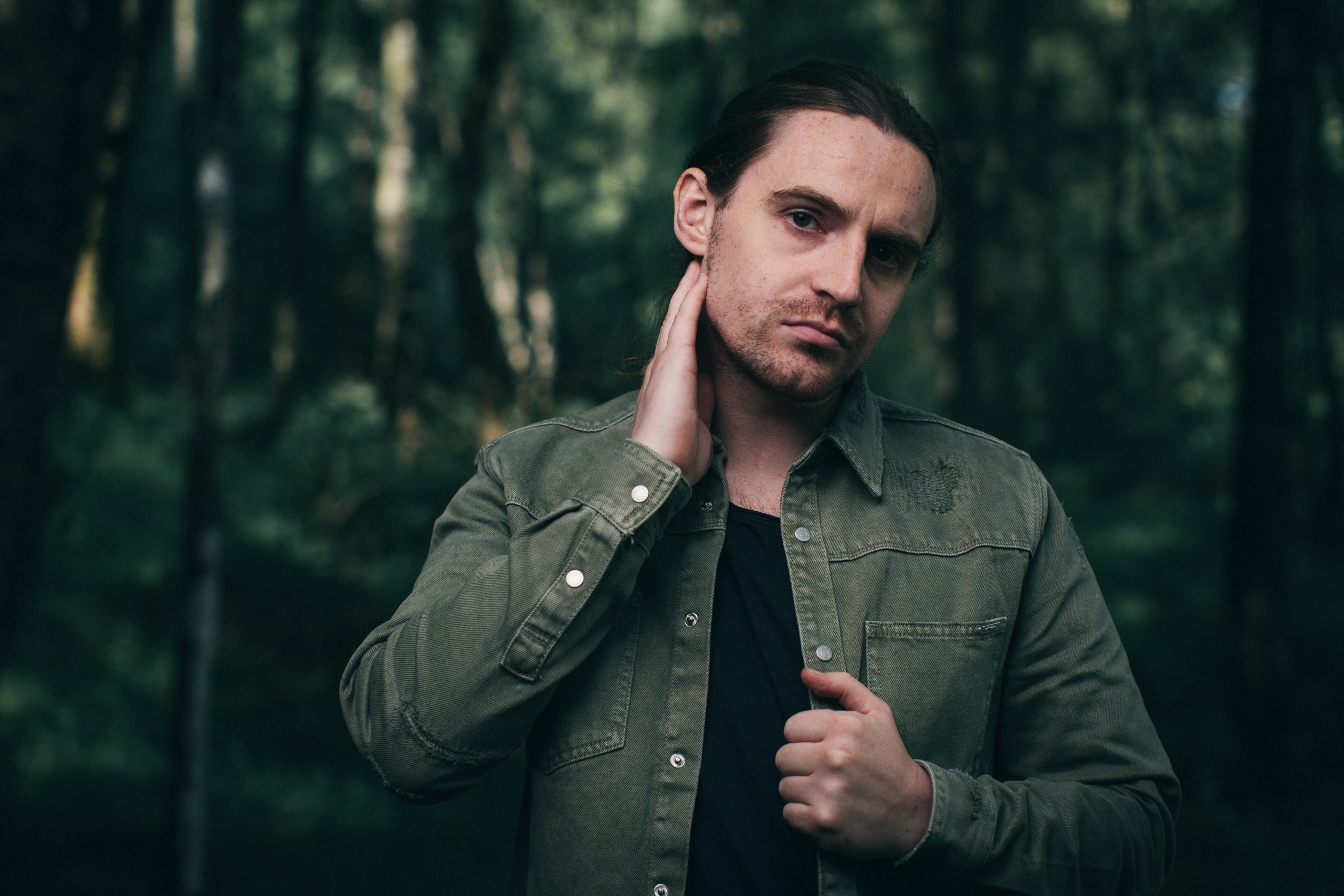 IUM: Can you give us some insight into your creative approach to music, from the most tentative stages of a track to a finished release?

WA: It’s pretty temperamental to be honest. It comes in random waves so I always need to near my laptop if I’m not in the studio. Some of the best melodies have come to me in a dream. There have been tracks finished backstage before I walk out in front of 5000 people. Other tracks have been started on airport floors and finished in hotel rooms. I have no control. But one thing I’ve noticed is, if I’m going through a particularly rough time, I’m able to channel this into the most emotional and thought provoking music. It’s like a supernatural ability. The only problem is I have to go suffer or experience unwanted feeling to channel it. Other times I’ll be in the kitchen making a cup of tea, hear an advert from the TV and bang – I’ll have an instant hair-raising top line melody.

I can tap inspiration from a multitude of sources. But emotions and experiences are most fruitful for me

IUM: Out of all the songs on your 17-track debut, which are you most looking forward to dropping in front of a live crowd and why?

WA: Probably Kismet Energy. It has that retrospective nod to my early inspiration and journey. But it’s a very accurate depiction of who I am now as an artist, clubber and music lover. The track actually came to me in a dream when I was jet lagged between gigs in Palm Springs. It has a very special place in my heart.

IUM: To celebrate the launch of the album you streamed a set to fans filmed from underneath Glasgow Central Station in an iconic venue formerly known as The Arches. Tell us why you decided to mark the album dropping in this way and why you chose this particular venue?

WA: It only seemed right to take it back inside those hallowed brick walls of The Arches. When I moved to Glasgow from Orkney in 2008, it felt like every other night out ended up here.

What started out as a hobby turned into an addiction. The addiction led to an education. A pilgrimage to this clubbing mecca we all know and love 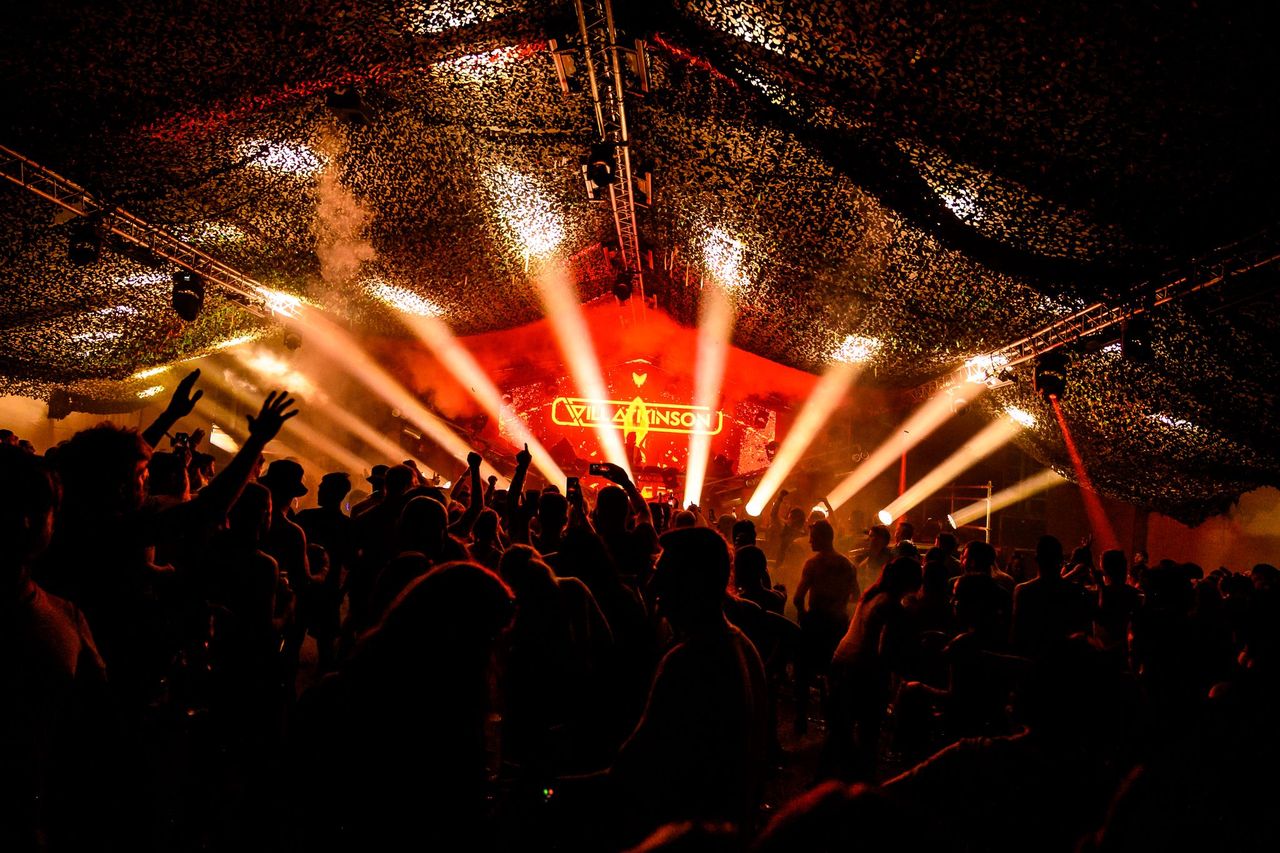 Nowhere could be more fitting. I have to say, I had mixed emotions reading back all the comments. So many stories, experiences, shared by people, tagging their circles of friends, clubbers – bringing all that together felt even more special than the stream itself. And it really brought home just how special The Arches was. An institution in its own right. Friendships forged; memories set in stone. There was only one place I could have launched this album. Egypt has the Pyramids.

China has the Great Wall. Glasgow has our Arches

IUM: You’ve played your fair share of gigs and festivals across the world, but where are you most excited to play once things return to normal?

WA: Mexico. I played my favourite show of my career there September 2019. They bring the warmest, welcoming, most intense energy to any event I have ever experienced. Insanity. Like every time a beat drops, it’s like Mexico have scored in a penalty shootout. I can’t wait to come back. 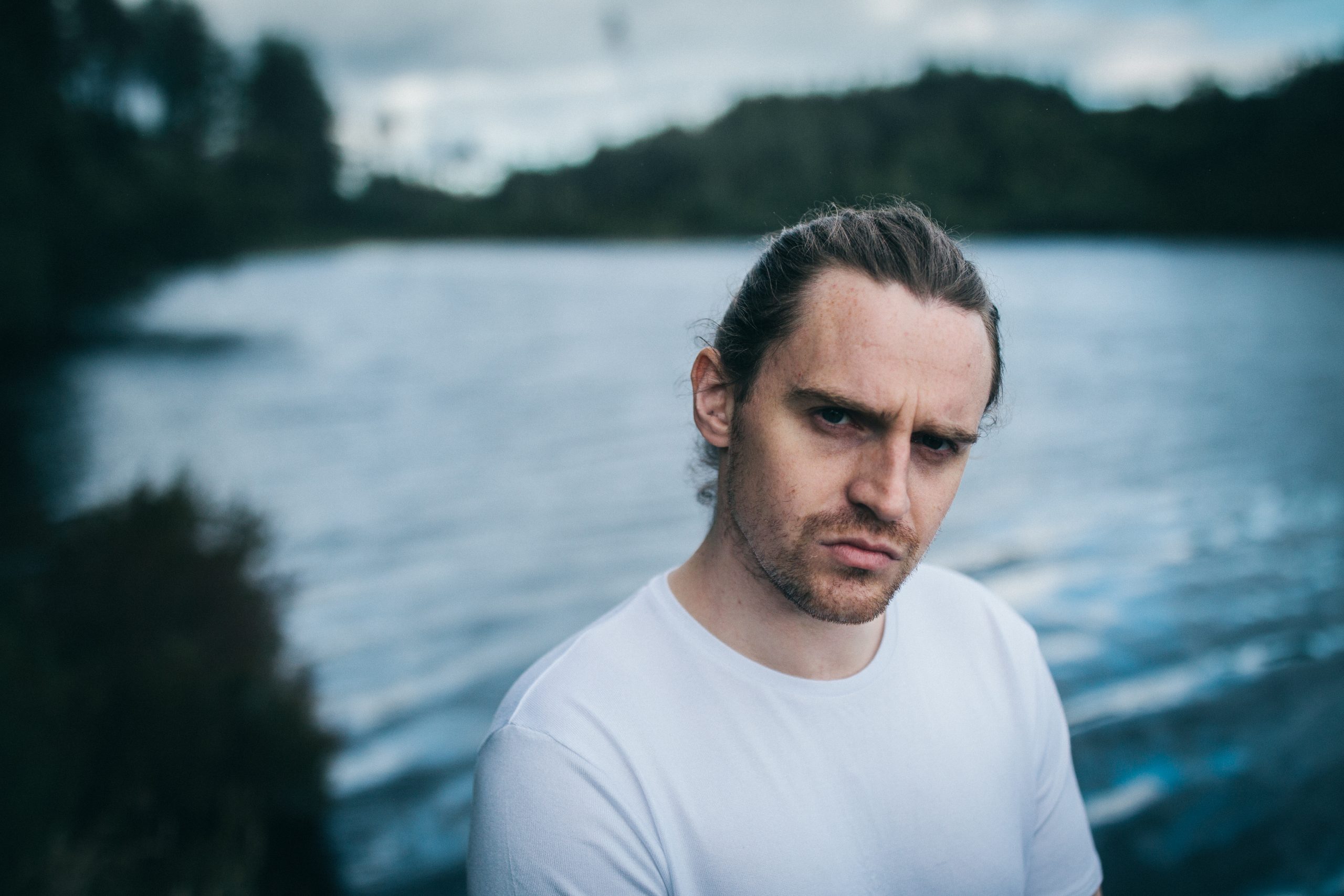 IUM: As a stalwart of the global trance scene, what names are you most excited about right now?

WA: Inside of Trance, not many people do it for me. Maybe Lostly? But outside of that, on the gritty side of the scene, I am putting together a very exciting collection of artists under my Victims Helpline label.

IUM: What can fans expect from Will Atkinson in 2021?

‘Will Atkinson’s album ‘The Last King of Scotland’ is Out Now on Black Hole Recordings. Get it here: https://will.complete.me/lastkingofscotland