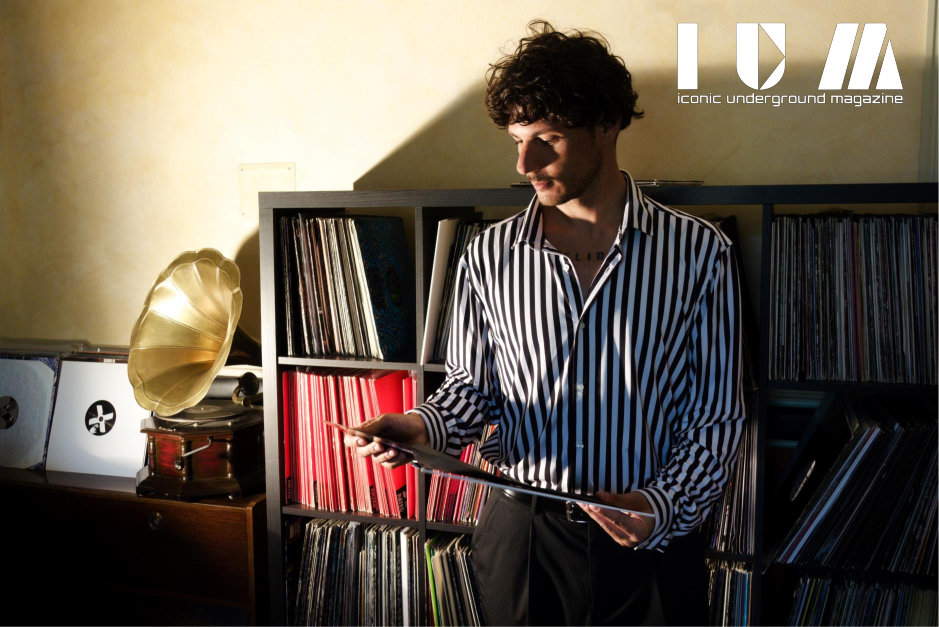 He creates chaos on the dance-floors of Europe, with a pure underground style that’s deeply inspired by parallel and psychedelic consciousness states of mind. An adrenaline fueled density of sound merge that drives D-leria’s creative exploits in the studio..

We caught with this dynamic Italian to get the latest

D-leria: In 2001 I started playing as a DJ, and then became interested in production a few years later, around 2003.

I used to play with some non-professional software until I took private lessons learning Cubase (my current DAW), and then releasing my first record in 2005. So I think it was my first ‘professional’ beat, entering then in that scene I was interested in that period.

MM: Tell us about your move to Berlin and what do you love about it the most.

D-leria: I was constantly going up and down from Italy looking for second-hand records, and then to experience the Berlin clubbing scene firsthand.

I got the Berlin call since the first time I visited the city, but I had to wait because I was having treatment for some health issues. Once these problems were sorted, I finally moved to Berlin in September 2017.

One of the things I love the most about this city [Berlin] is that art in general is recognized and supported. Then of course, freedom and open mindedness

MM: Who was your biggest influence about this sound in the beginning, and who inspires you today?

D-leria: Actually it wasn’t a single artist who inspired me on my sound, since I myself produce very different things.

So I will mention a few for various types of sound:

There would be many others, especially outside the Techno scene, but these are certainly the artists that you will find the most in my podcasts between 2015 to date. Nowadays I am more inspired by artists that in some way, are always looking for something new.

MM: How are you in this strange period we find ourselves in this year. What have you been thinking about?

D-leria: For this year I had planned many important releases, which would surely have made my presence in this scene materialized. Some are already coming out, some are delayed. Same thing for some important gigs, which I hope to get back soon.

In the meantime, I am accumulating eurorack modules, experimenting and studying my sound even more. 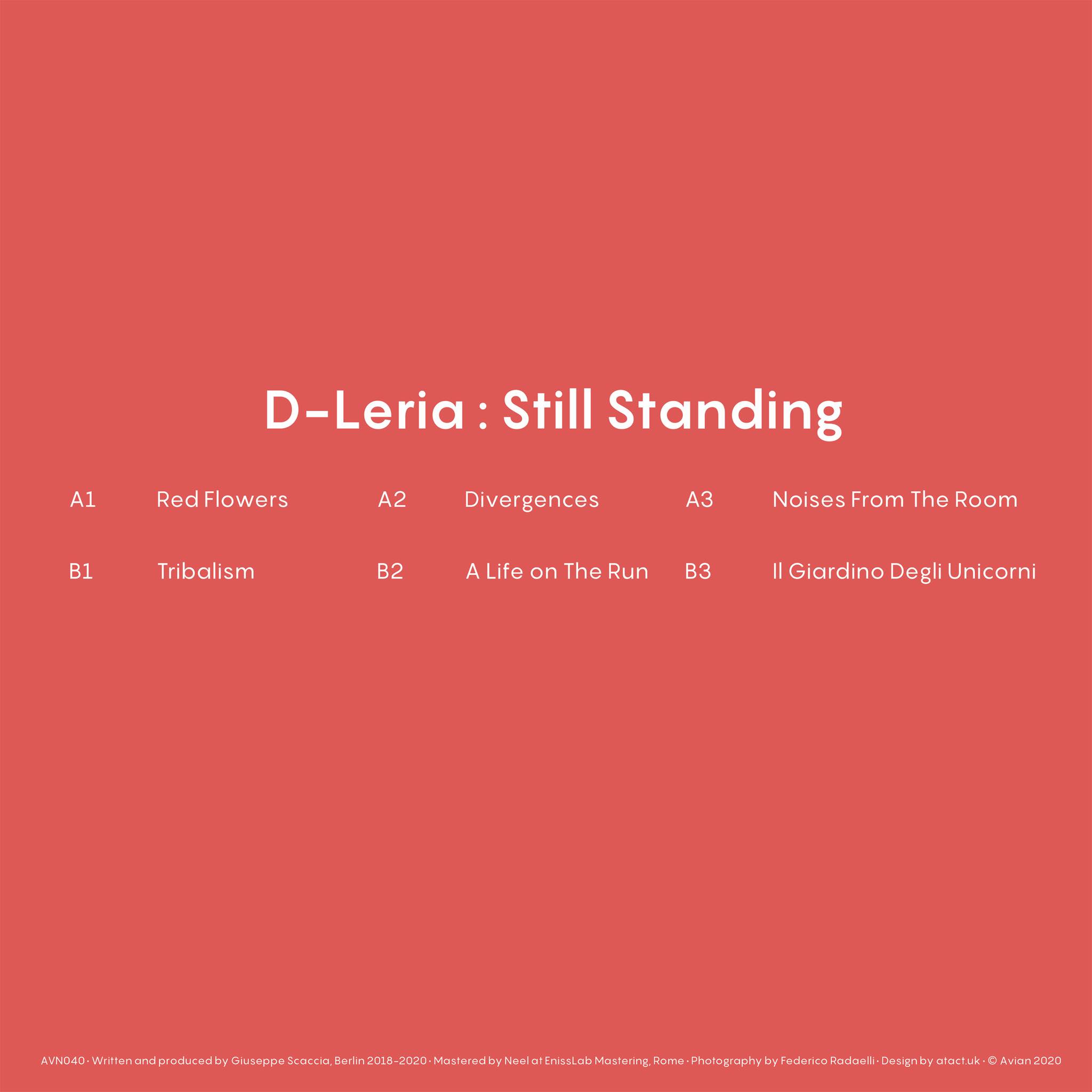 MM: Tell us about the Avian label and its sound, how did it all begin?

D-leria: At first, when I left the hardcore scene in 2014, I didn’t know much about the IDM / experimental scene, because up to then it was all about, about Techno, 90sTribal Techno / Hardgroove.

It was a close friend of mine from a Roman collective ‘Container’ who shed light on some labels, including Avian. It was therefore one of the first futuristic labels that I started following after leaving the hardcore scene.

At the end of 2018 my first album ‘Driving to Nowhere’ was released and I immediately got great feedback including that of Guy, which he made public via twitter. So I immediately wanted to produce something for him, since Avian was one of my main goals. 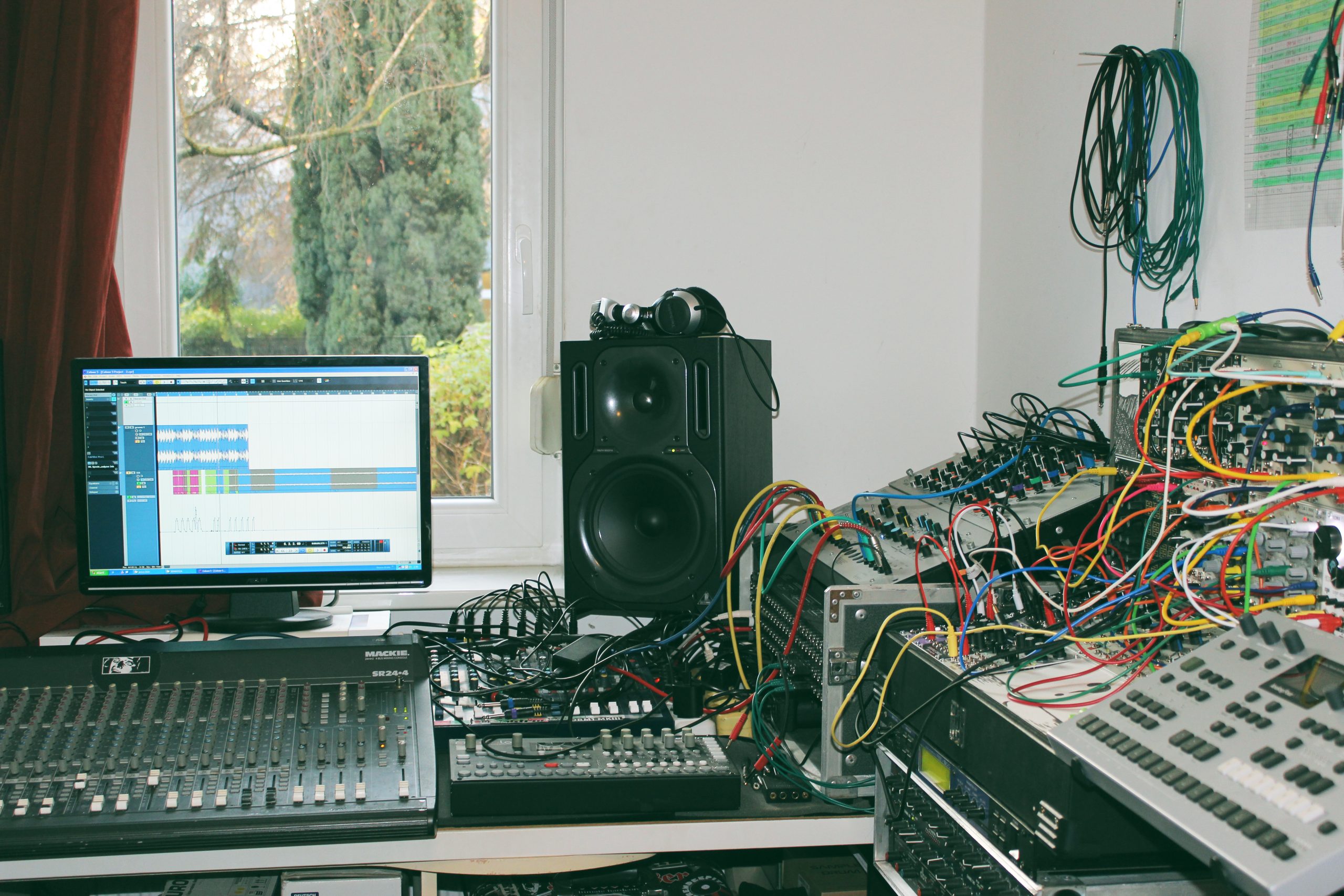 MM: Your release is very complex, dynamic and interesting. Is there a track you are most proud of, or that represents you more?

D-Leria: Actually I’m proud of all six tracks that make it up, but if I had to make my heart choose, he would definitely say ‘Il Giardino degli Unicorni’, since

every time I listened to it, it moved me to tears

MM: What’s next for you on the production list?

D-leria: After the album I had various requests including some labels that I have always supported, which I can’t spoil yet.

I can only mention Semantica, as I already joined it last summer remixing the label owner Svreca.

It will always be a conceptual release, by enclosing experimentation, tribalism, and gummy sounds

MM: Thanks for talking to us, hope we can see you on the desk very soon, and best of luck for everything