New Year’s Eve is upon us once more, so the only thing left to do is to pop 019 into a shiny box and slip it onto the shelves of history (a concept the Old School treadmill is having real struggles getting to grips with) and take note of what left its mark. Instead of my usual chart, what with the quality of releases and talent I’ve come across over the twelve months, I’ve decided the best way to go is to give the tried and tested shout out to those. 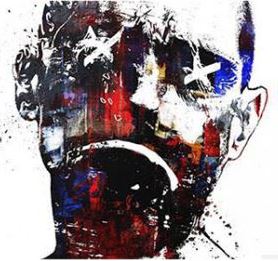 A busy schedule has kept me from indulging in being one of the crowd, but fortunately, I’ve still caught some outstanding sets, both live and behind the booth. Those ones that immerse you.  First, on the shout out front is Winston Hazel in Dublin dropping a Bleep set full of unreleased and white labels alongside his exquisite selecting and transitions? After growing up on his work it had been far, far too long seeing him spin again. Absolute treasure and in my eyes doesn’t get the acclamation he should.

The live set can only be shared and that’s thanks to the Boxjam Crew shindig where I had the pleasure of Cybereign & Auto Sound City. Both playing genres that are very dear to me in Acid and Original Electro. The live recordings are ever-present on my travels and are available online.

Label wise, as like with Albums, a minefield and this year has been no exception and seems to be getting tougher each year. Exalt / Firescope / Craigie Knowes / Nightlife / Verdent / CPU/ Balkan / Ferox / Magnetic Signals & Distant Worlds have all dropped some serious wax in my case and deserve a shout but for me, Orson / Chicago Bee/ Further Electronix have come the closest to challenging Weapons of Desire for label of the year.

On the Album front, it’s been another glutton filled year of pleasure. Standouts & shout outs ( poetic license, deal with it)for me and in no order  Derek Carr-A Future-A Retrospective of Art / Scan 7 – Between Worlds / As One – Communion ( Kirk Degiorgio) / Paranoid London – PL / Further Journeys Into Electronix 2-VA. I played a lot from these out and about as well at home. If you come across a copy buy it. This collective covers just about everything sonically.

Final Shout outs go to a couple of Radio shows that as it stands I struggle to find much better out there. James Gantz Midweek Breaks on emergency FM & Outta Limits hosted by Dammo B. Both more than deserve a slap on the back in fairness……….

So its farewell to 2019 and as a new decade’s dawn is upon us let us not forget there’s more to life than Carl Cox & Trance is Shit.