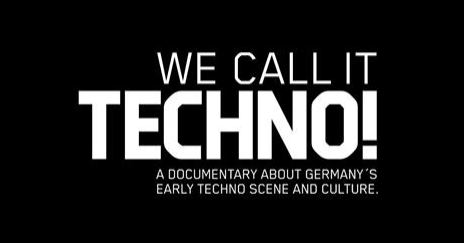 Inspired by new sounds, new technologies and the political events of the time, the early 90s sees the emergence of a scene that euphorically celebrates the dawning of a new era. In Berlin, Frankfurt and many other German cities, activists tinker on a new music and club culture oriented around the coordinates Techno and House.

At Berlin’s Love Parade in 1991, different local scenes congregate for the first time. The trend turns into a movement. A German Summer of Love, which changes whole lives overnight and kick-starts careers.
The basic principle of Techno stands for experimenting, crossing borders and DIY. Fans become DJs or party promoters. Labels are founded and record stores open up. The scene grows. An independent microcosm is created. Networks are formed away from established structures. For a moment everything seems possible…
WE CALL IT TECHNO! tells the story of a tempestuous phase in music history, the first time that pop culture was created significantly in Germany. With exclusive interviews and comprehensive, mostly unreleased film and photo archive material from the years 1988-1994!
CategoryDocumentaries News
TagsGermany Techno We Call It Techno