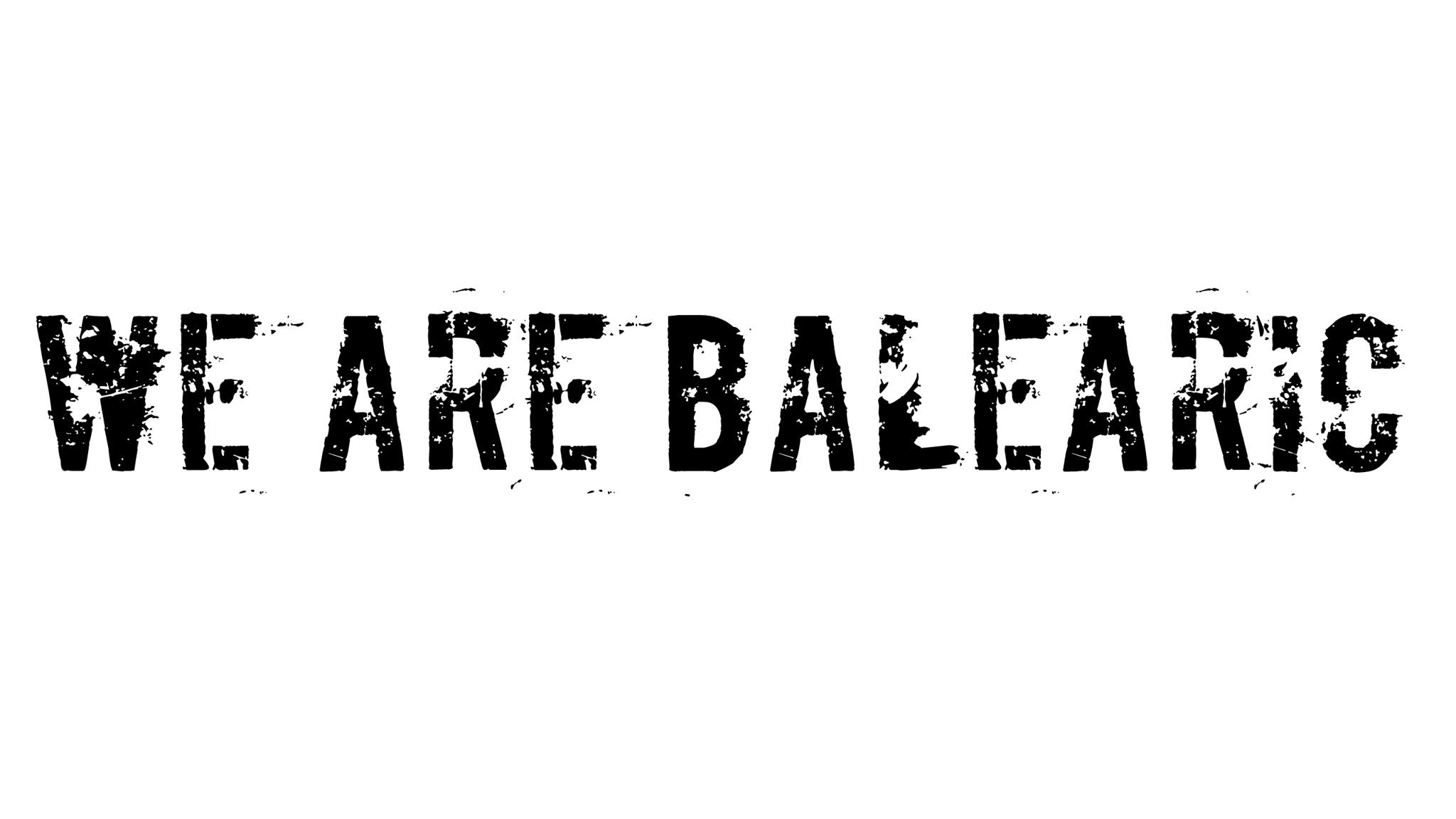 We Are Balearic Featured in Latest Issue

We got to talk to the Balearic innovator ‘Alex Savvides’ recently for iconic underground, on the back of his hugely successful Ibiza themed events in the UK and the Balearics. He started DJing at legendary Acid club ‘Zigis’ in Streatham South London at the young age of 16 as a warm-up DJ for ‘Carl Cox’ and ‘Trevor Fung’ no less. He was soon promoting his own midweek club nights at ‘Zigs’..’Pulse’ and ‘Casablanca’ both midweek Balearic nights running from 1990-1993.

In 1995 he hung up his headphones to concentrate on his catering equipment business as he had become disillusioned with what the club scene as it had gone from massive dynamic raves to people dressing up in shoes shirts and blazers again!

Fast-forward 20 years and ‘Alex Savvides’ is in huge demand with clients such as ‘Liam Gallagher’ getting a taste of his authentic style. In fact, so diverse is Alex’s musical style he has fast become one of the most in demand London based Balearic DJs with gigs being booked in Ibiza, Croatia, and Las Vegas. Alex has surpassed his DJing ambitions only a year being back in the business!

Mike Mannix: Nice one Alex, We Are Balearic, what kicked it all off?

Alex Savvides:  Thanks, Mike, ‘We are Balearic’ was started in 2015 as a music sharing group on Facebook. It grew so fast within a few months that I decided to do a party under the same name but make it a bit different from all the other club nights that were on offer for people of my age group (the acid house generation over the 40’s)

I came up with an idea to do a series of movie-themed parties, the first being WE ARE BALEARIC PRESENTS THE LONG GOOD FRIDAY held on Good Friday 2015 at the Brixton Jamm a 700 capacity venue that everyone including some of the DJs told me I would never fill to capacity with a first party! Well, we had 730 people in the door and it was the biggest fastest selling night ever at the Brixton Jamm!

We flew Alfredo over to headline for us as well as a who’s who of the Balearic scene from the last 30 years including Lisa Loud, Nancy Noise, and Nicky Holloway to name a few, as well as myself, Tony Wilson and Parky as residents! The night was so successful we quickly became London’s most talked about the event with best in Balearic and House music with a music policy of both new and old music.

We held one more party at the ‘Jamm’ featuring Justin Robertson before deciding to move on to a more luxury venue ‘The Library/ Broadway House’ in Fulham was the perfect venue for us!

Our next 2 parties in our new venue were both sold out ‘We Are Baleric’ presents ‘Nil by Mouth’ and ‘We Are Balearic’ presents ‘Quadrophenia’ both featuring Alfredo again. Our next event ‘We are Balearic go back to 87’ will be our 3rd party at Broadway House and looks like it will be the busiest so far! All our events have been up to full capacity.

MM: Tell us Alex and Ian about the new documentary film ‘’Generation Of Acid’’ that you’re both involved with, as the teaser trailer gives us the goosebumps, the anticipation, iconic underground really can’t wait to see this…!

A: Yea man nice one, our parties inspired Ian Pierpoint who had attended our very first party, he was blown away that we had created the same feeling and atmosphere of some of those early warehouse parties from 1988!, infact he was so inspired he had an idea to make a documentary about the Acid/Balearic revival scene that we had seemed to tap into so perfectly. I started to help Ian set up FJ interviews with Terry Farley, Danny Rampling, and Alfredo but the one DJ he just could not nail down was Paul Oakenfold.

Ian asked if I could put him in contact with Paul, and as Paul and his family were all close friends with my family (Paul was a chef in the late 70’s at my father’s restaurant) I managed to get Paul to agree to be interviewed at his home in LA, and Ian and his film crew jumped on the next plane to LA and spent the day filming the interview! In fact, Ian was so pleased he made me a producer of the film (the summer of hate  …due out 2018)

Ian Pierpoint: Cheers Alex, Mike, the film was produced by The Sound Media, a division of The Sound focused on making docs bringing to life trends and exploring the whys behind the world. Previous productions include the award-winning documentary ‘The Trump Trip’ and ‘Dads’ (shown on TV in 27 countries around the world).

The idea for Generation Acid came to me on a trip to the UK in 2016; I went to visit some mates and they suggested we go to a ‘We Are Balearic’ party in Brixton.  I’d not been to a Balearic night since 88/89/90 when Future, Spectrum and The Trip were my regular haunts.   I’d not heard DJs like Alfredo, Nancy Noise, Lisa Loud or Tony Wilson for decades and I didn’t know what to expect….  and the party was amazing, some old tunes, some new tunes but the thing that blew me away was the crowd;  it was a mass of sweating dancing lunatics but in their 40s and 50s, and older.  My mates actually thought I was a having a bad time because all I did was stand and stare at what was happening around me!

When I got back home to Montreal I started digging more into the values of Generation X and I soon realized that what I witnessed at ‘We Are Balearic’ was something bigger than just a great party; this was evidence of a generation that wasn’t growing old in the same way as their parents did.  There was no sign of a midlife crisis and there was no sign of leaving youth behind so I decided to explore the phenomena and make a film about the acid house and the generation that refuses to grow up.

The film starts with a telling of the story of the Acid house.  We headed to LA to meet with Paul Oakenfold, then to London to meet the guys from Boys Own, Tony Wilson, Lisa Loud, Danny Rampling and a bunch of aging reprobates who have a radio show called Rude Transmissions.  And then we went to Ibiza and met A Man Called Adam and hung out at Hostel La Torre for a more chilled Gen X experience…  the film then goes onto exploring why and how the acid house experience of 88/89 was so important in shaping the identity of those that that were there.

We learned that for everyone it was the best days of their life; the music, drugs, feelings, and friends they experienced at that time were so profound that they defined a generation.  It changed their outlook in regards to diversity, travel, gender, career, art, literature, of course, music… and now it’s eventually changed their outlook in regards to getting older and growing up.

Social media has really empowered this; everyone we spoke to was using Facebook to find old friends, join Acid house and Balearic groups, set up parties and share memories.  There’s a huge community of old acid heads online sharing and connecting.

We learn in the film that Acid House taught a generation that you can be whatever you want to be (and that was new in late 80s bleak Thatcher’s Britain).  And now they’re in their 40s and 50s they still want to dance, occasionally take drugs and stay up until 9 am.  And that’s what they’re doing.  And in today’s youthified culture, there’s nothing wrong or sad about that, in fact, it’s brilliant and inspiring.

It’s why the strapline to the film is ‘Generation Acid, fuck getting old’.

MM: What’s coming up on the roster next for Alex and We Are Balearic?

A:  We are Balearic events have had our first birthday party celebrating 1 year of We are Balearic with Alfredo heading. We end 2017 with our 30 years of acid house party featuring Danny Rampling and friends on Sunday 27th August bank holiday weekend.

Moving forward to 2018 we will be kicking off in a brand new venue (details soon) for our second birthday bash in eastern. Then it’s off for our very first Ibiza weekend for a long weekend in July at ‘Balin Beach club’ and also an exclusive villa party with a very special secret guest headliner! Then back to London for an August party by the sea! Details soon!