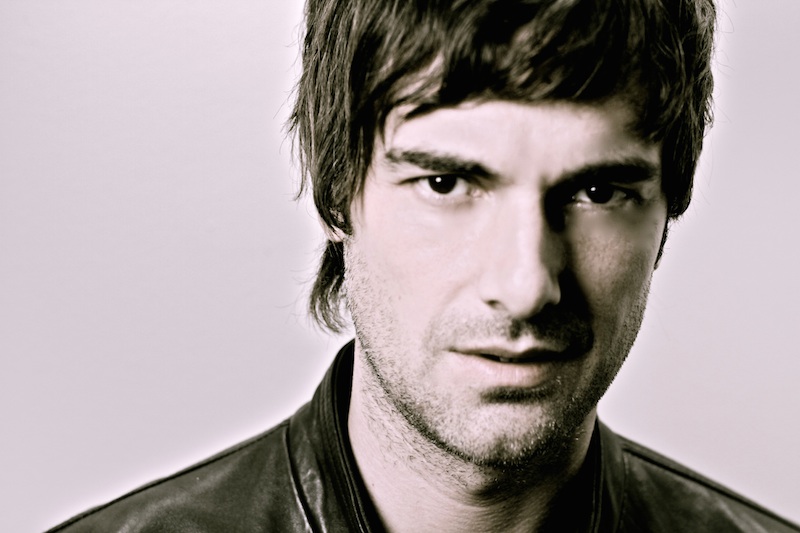 Anticipation filled the air as we walked through the City of Manchester for what was set to be an epic night. ‘Ophelia’ was on her way & a warm breeze engulfed us as we made our way to Stage & Radio. The pre-clubbing butterflies were most definitely out in full force & believe me this really was the calm before the storm.

The whole concept of ‘Up Close & Personal’ I bought into first lift & upon arriving at the venue we were not disappointed. A beautiful building steeped in history I believe to be over 200 years old, its walls adorning some pretty cool street art no less. Frequented by the likes of Ronnie Scott, Ella Fitzgerald & Coldplay this building really has music & culture hanging from the rafters.

Met by old friends & new it really was a very pleasant experience having a nice chilled out drink & chat in the outside area before making our way through the upstairs bar. Some really cool disco & funky house vibes were being played here by Frazer Todd & Jamie Christer, but to be met personally by the promoter Andy Holdsworth this sold out event really was proving to be exactly what it said on the tin.

Downstairs can only be described as a ‘rave cave’ dark & intimate

Decks with a Void Acoustics sound system & with only 140 friendly revelers there was easy access to both the bar & the toilet facilities. Another massive plus for me was the air con, long gone are the days of roughing it in a field or some dingy sweatbox. There really was an ‘old school meets new cutting edge’ feel about this night & the atmosphere was electric from the off.

First up was Mr Luke Warren well what do you say about this man. Is he a warm-up DJ? In my estimation the answer to this is no. Luke Warren is up there for me, he has some pretty impressive gigs under his belt & has shared the DJ booth with some highly respected international artists including Nick Warren, Jody Wisternoff & Stephan Bodzin. His monthly show Flux on Frisky Radio is always quality. I was really looking forward to hearing this man play out in a club.

Luke took us on what could only be described as a beautiful journey of loveliness, a deep melodic sound with some really fantastic layers, building up to some really cutting edge house, techno & electronica. Luke’s set most definitely drew us in. Some memorable tracks from the night included Guy Mantzur remix of Saints & Sinners, Dixons remix of Cover Me & Patrice Baumels remix of Where’s the Revolution, all going down absolute treat with crowd.

To see a DJ up close & personal with such a passion for music enjoying his set & interacting with the crowd really is a treat.  We were well & truly warmed up & I remember distinctly thinking the bar set for Quivver was very high indeed. Would I like to see a ‘Luke Warren all night long’? Absolutely!

Then the arrival of Mr John Graham aka Quivver, for me this man is an absolute legend, a ‘Musician’ in every sense of the word & the reason

I travelled from Ireland specifically for this gig

A very talented producer, DJ, Songwriter & Vocalist is there anything this man can’t do? His album ‘Cold Sun’ is a masterpiece in my estimation, primarily as I was a complete ‘indie’ head throughout my teens. This album is most definitely indie rock but there is also a strong electronic element to John’s music on ‘Cold Sun’ & the first time I was introduced to his fantastic vocals.

I was totally blown away by his vocal on ‘Rooms’ at Sasha’s live ‘Refracted’ show in Barbican earlier this year, it really was a highlight of the night for me. I always look forward to his radio show ‘Controlled Substance’ also on Frisky radio aired on the third Monday of every month. This show continues to go from strength to strength, there’s a dark almost filthy element to it, and to say I was excited about experiencing my first live DJ set from the man was an understatement.

Quivvers set did not disappoint the music was all cutting edge & very new. I honestly had never heard any of the tracks before. This is a sound indication of a good DJ for me as I love been introduced to new music at a dance night. John Digweed once said

‘If you’re the biggest DJ in the world you’re in a position where you can play stuff that people don’t know & blow their minds, but if you just chose to play stuff they know to get a reaction, that’s just being lazy’

This is very true! Upon doing some research I found out a few of the top tracks played by Quivver on the night ranging from Christian Smith & Harry Romero –jungle life-on tronic, Pleasure Kraft – interiors (sama remix) –Kraftek, to his very own remix of Wally Lopez-Sunday trip-Beatfreak! All deeply delicious vibes. One tune that I did recognise & had the crowd going mental was a remix of the old classic ‘French Kiss’ Technasia- Obsession homre out on Toolroom.

I’ve noticed a few top DJ’s doing this of late, mixing a bit of old with new & if done right can go down an absolute treat. I may not have known a lot of the tracks but I certainly did know what reaction they were getting. The crowd were loving it, such happy smiling dancing faces & with having the up close & personal touch the crowd & DJ interaction was just immense. For one of the world’s finest electronic producers to play at an event of 140 people to me says a lot about the man & the industry.

It’s not always about money, it’s about the party vibe, tunes & most importantly happy faces.

I loved this night from start to finish. Everything worked for me the concept, the venue, the crowd & perhaps most importantly the music. So well organised & well worth the trip from Ireland. I braved returning to storm ‘Ophelia’ on Monday morning with a huge grin from ear to ear. Next up for ‘Up Close & Personal’ is the very talented Eelke Kleijn on November 10th for a massive 6hr set. Unfortunately I won’t make this gig but I will most certainly be back in Manchester in February for some more amazing John Graham vocals at Sasha’s next gig at Bridgewater hall in with Quivver playing after!

WHY WE DJ – SLAVES TO THE RHYTHM