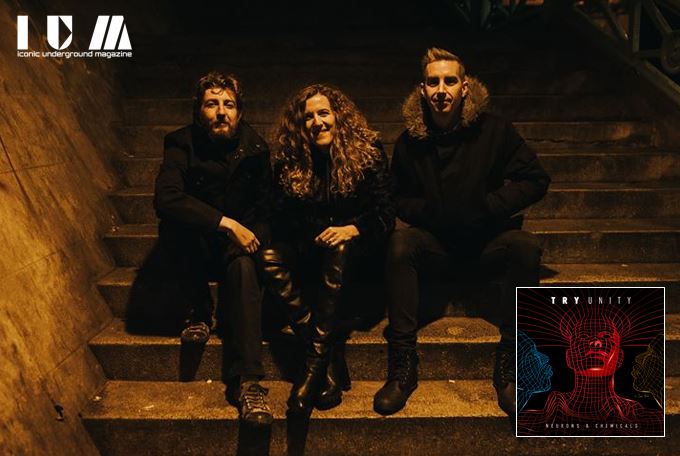 TRY UNITY is a 3-year-old live act based in Brighton, UK, comprised of Sammy Purcell, his wife Francesca, and her brother Jim Shimmer. They’ve been delivering their authentic approach on the Hardcore Breaks sound obeying to the Oldskool Rave ethos with many distinctive uplifting P.A.s taking place mainly on the ‘Calling The Hardcore’ events.

One of their own established projects (based in Brighton) including big guests of the Oldskool & Nuskool sound of Hardcore. And now, the aspiring act of energy kick starts this year with their first full-length work, ‘Neurons & Chemicals’, which is hot right now.

Basically, the importance of protecting peace, love, unity, and respect (PLUR) vibes and recognizing the power that we have within us to make a positive impact

GK: After a good row of quality EPs over your very own, Rave Radio Records, you’re now releasing your debut album. The message has been indispensable since the first release. ‘Stand Up and Fight for Love’. Two tracks – One message. What’s the message on this new work, especially for the hard times we’re living this period?

FRAN: In terms of the message of the tracks, it’s a really varied album. There are parts of it focusing around being energetic and connected to the scene and enjoying being part that. Then there’s more emotional tracks, which are about connecting to love and being together and understanding what that means to you as an individual. Our opening track, which is the name of the album ‘Neurons & Chemicals’ is a lot harder as well, but it’s a reference on the experience you’d have at a rave or a large party and the energy within.

SAM: In addition to what Fran said, the essence of the album is a collection of unreleased TRY UNITY tracks. We started creating them from approx. 18 months ago between other projects. It’s taken us a while to get this record out there! Hopefully, there is a nice balance to the album, it’s quite diverse with the different styles of Hardcore Rave. It’s inspired from the 1991- late ’93 music eras. 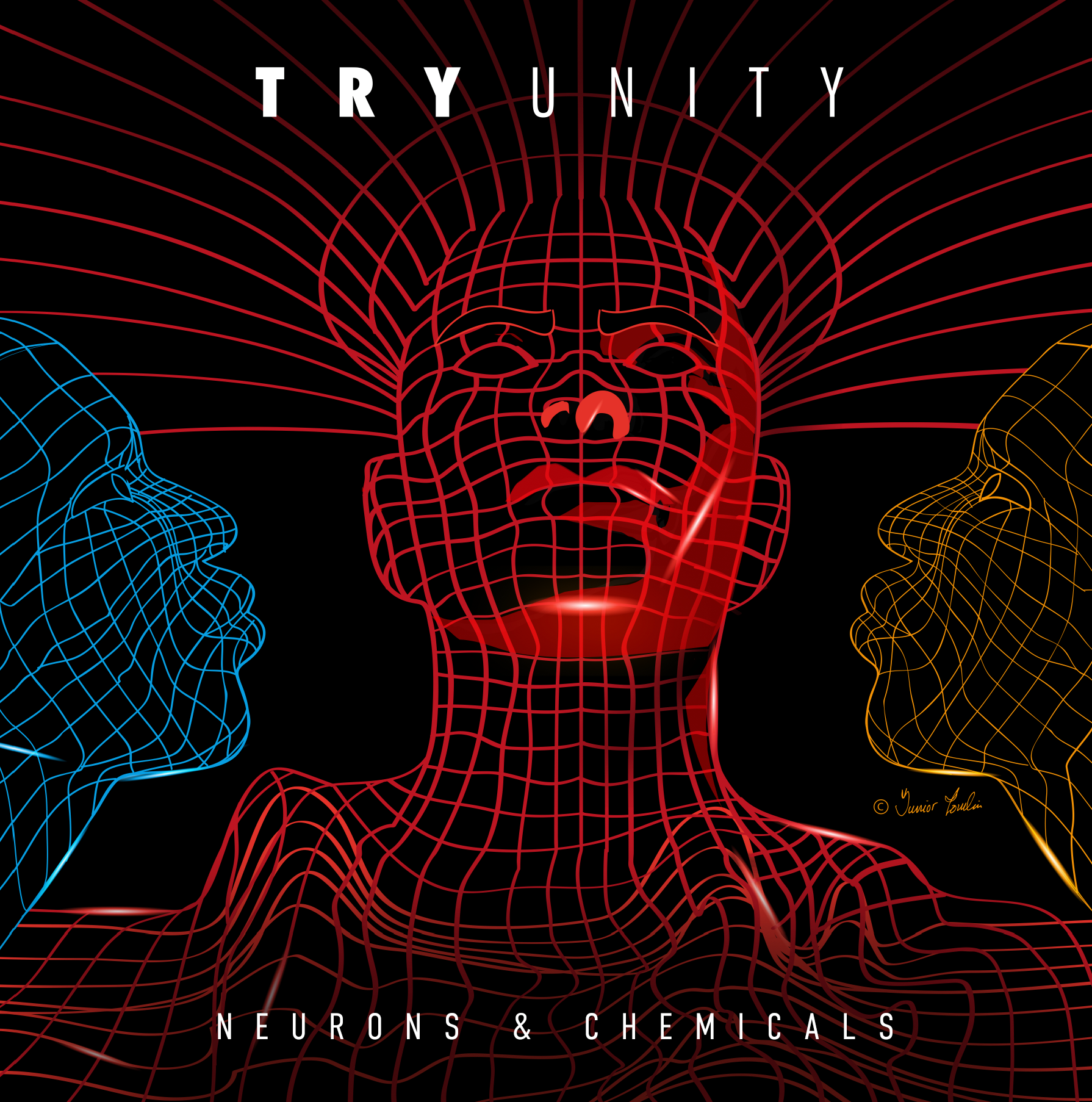 GK: That’s what I’ve meant to mention about the album title ‘Neurons & Chemicals’ because ironically it’s a kinda related to what’s happening at the moment. Any particular reason choosing this one as a title of this LP?

SAM: Basically, there is a story behind that self-titled track. It was actually the fifth track that we were writing for the album and was called ‘T5’. Then Fran came up with the lyrics on the track. We tried to think what track stands out as a bit different from the rest and this one felt the one we wanted to put first. The message was really ‘Neurons & Chemicals, Fire!’ cos that is what music does in itself.

JIM: Sometimes we all need a mental reset. For me, music takes me straight there. Get those neurons & chemicals firing! F*** it… Kill a few! It just helps to push that reset button so you can start again.

FRAN: This track had originally a lot more lyrics and they were very much about those unifying experiences that we had in the early rave scene. This track evolved so many times in the production process over 12 months that eventually the lyrics boiled down to those three sentences. The lyrics and the title is a reference to what happens in our brains when we listen to amazing music.

GK: And eventually it went down pretty well, being the ideal opener. And what about the other 7 tracks of the album? Let’s make a quick description track-by-track from the album.

FRAN: Well, ‘Vibe Chasin’ is a really vibrant track about how we feel when we’re dancing together so it’s really about chasing the energy you get on the dancefloor, and owning that experience and the excitement that you feel when dancing to loud banging music!

‘Love Into Light’ is about recognizing that we all hold painful experiences in our hearts that can sometimes derail us. This track is about reconnecting to love and finding your path again using love as the light to guide you back to a place of peace and joy.

JIM: ‘When You’re Gone’. This lyric is actually about a coat I lost in a nightclub in Brighton. One in the Jungle, 1995… DJ Hype and the Ganja Crew. Somehow, I managed to destroy in total the raffle ticket that was given to me for identifying my beloved Schott flight jacket by the cloakroom staff. Still buzzing…
I remember freezing my tits off at Brighton station waiting for the 5am train back to Chichester. A tear in my eye…I loved that coat.

SAM: ’Rushed Me’ is the only instrumental track of the album. Jim came up with the idea and structure and then I fed in my part around the drops and the arrangement. Primarily the euphoric rush, the breakdown and then the build up; that’s the key part for me. When you’re in a massive open warehouse or a festival and you turn around and everyone gets it. The time when the rush is about to come and everyone knows when in the track, hands-in-the-air etc. This track is ultimately our Hardcore roller.

JIM: ‘Burning Up’. I guess the lyrics of this track are about forming relationships and how they grow and people become comfortable and easier with each other. It feels better when you kinda know what each other is thinking.

GK: And, let’s take it to ‘True Desire’ which is my fav from this record.

SAM: ‘True Desire’ is kinda late ’93 – early ’94. 155 bpm fast breakbeat hardcore, just to add something different, giving a different flavor. It is what it is! A fast Hardcore track trying to capture the energy. It’s full of energy! All of the tracks have energy in parts, but this one has all the way through it.

FRAN: This is Sam’s baby. He also wrote the lyrics.

SAM: It’s still a love-track. In my mind, I’m thinking of my woman, my partner so it’s still a romantic Happy Hardcore tune and an ode to that era. 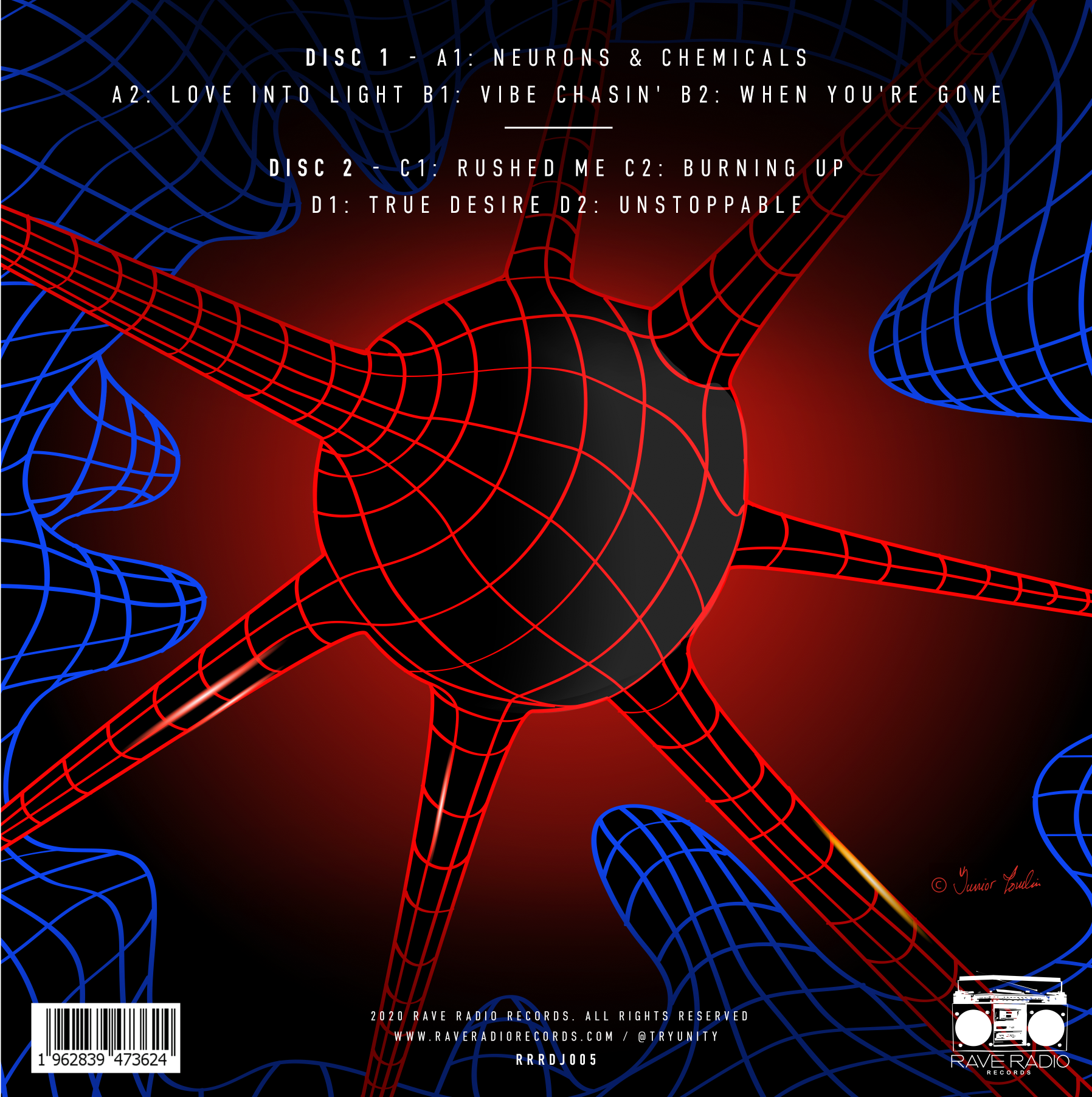 FRAN: Our last track is titled ‘Unstoppable’. I really loved writing and recording this tune. It speaks for itself really. It’s about people coming together, protecting love & unity.

Basically, the importance of protecting peace, love, unity, and respect (PLUR) vibes and recognizing the power that we have within us to make a positive impact. So it’s about tuning into the PLUR and recognizing that it’s the single most powerful force in the universe. In homage to that, it’s about reinforcing the importance of togetherness and how our connected love becomes the greatest force in the universe.

GK: Lovely! What about your influences for this new album?
Anything of any kind in overall?

FRAN: Between us three, this album was about pushing our production style. Obviously, the tracks really vary and we wanted to explore the capacity and capability of our creativity and production as a trio. We’re inspired by what the scene stands for and all the positive things that people bring to it and that personal connection we all have because of it.

JIM: The album for me has been a rollercoaster process. I’m very proud of this new work because we found the time in among our jobs and family lives to be creative and put together a body of music that we love to hear and still enjoy listening to today. Bring on the next tunes!

GK: Awesome! And of course, we’re dealing with one more quality artwork that stands out again to the Oldskool Rave ethos. You’ve collaborated again with the guru of that kind, Salvador Dali of Rave, the man like Junior Tomlin. Above board, I really like the fact that you emphasize on the quality artwork in your releases. Always a key to a good output. So what about this new collab with Junior Tomlin?

SAM: It was about 2 years ago when I chatted with him (Junior) and he came up with an idea back then, we sat on it at the time and we were like ‘We’ll go with that..’
Then, about four months ago once the music for the album was finished, we changed the whole idea really to complement both the sound and visual art. We collaborated with Junior to create three faces on the front and I wanted to include the early 90’s grid inspired design, keeping the front cover as simple as it could get with three different colors, three different faces. No male or female. It was important to get lots of space in the design.

The back cover is a neuron. So, when we came up with the title of the album, I told Junior and he started sketching ideas out and we went with that on the back cover.

It was another exciting collaboration with a very unique talent in the scene. And the 3rd Junior Tomlin record cover design for Rave Radio Records.

GK: No doubt for it. He’s an expert! And what about your plans about presenting the album? I know it’s been rough these days, but what’s in your mind?

SAM: We will be performing the album at some point. With the current lockdown/ social distances measures impacting the club venues, we will look to schedule something in when they rise from the ashes.

‘Neurons & Chemicals’ 2×12” Vinyl LP – Pre-order on www.raveradiorecords.com  £16.99 till end of May and after £20 on the official release date 1st of June. The vinyl pre-order comes with the Digital MP3 to download straight away, a free 30 minute studio mix of TRY UNITY back catalogue tracks and a Free Rave Radio records sticker.