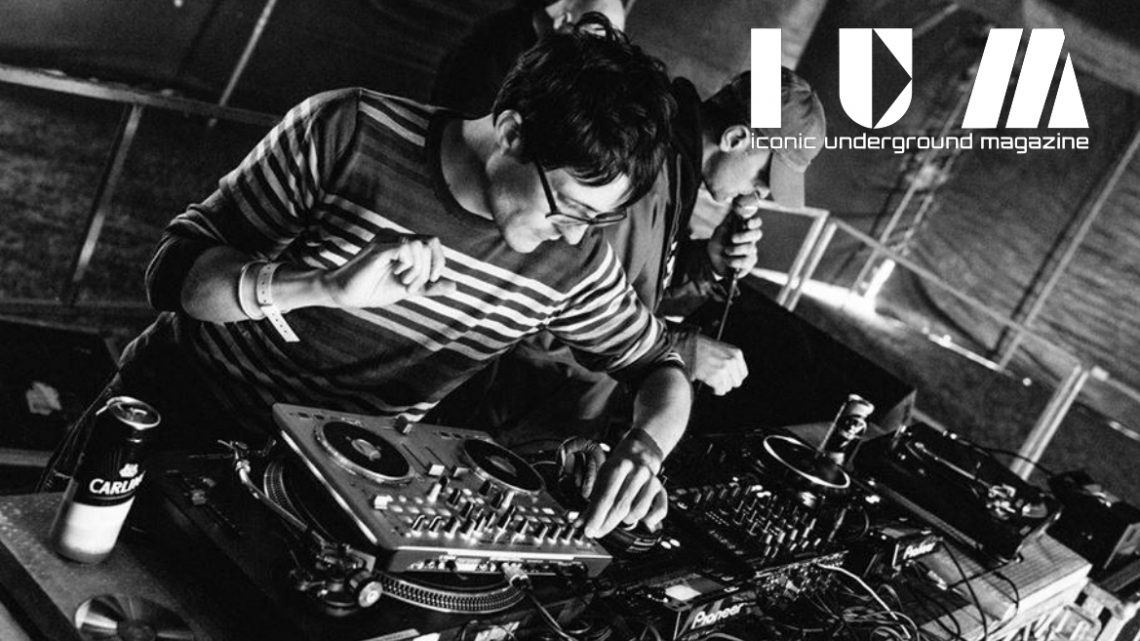 Do you love your production process in the studio when the inspiration grabs you?? We caught up with one of the UKs most successful progressive artists Blue Amazon for his Top 5 studio hardware essentials must haves – #knowyourdancemusichistory

Blue Amazon aka Lee Softley is a name that has been associated with quality for many years and considered a great contributor to electronic dance music. His studio production works have included the progressive number 1 club classic – No Other Love, The Javelin album & remixes for the likes of Sasha, Skunk Anansie, New Order through to artists such as Madonna. 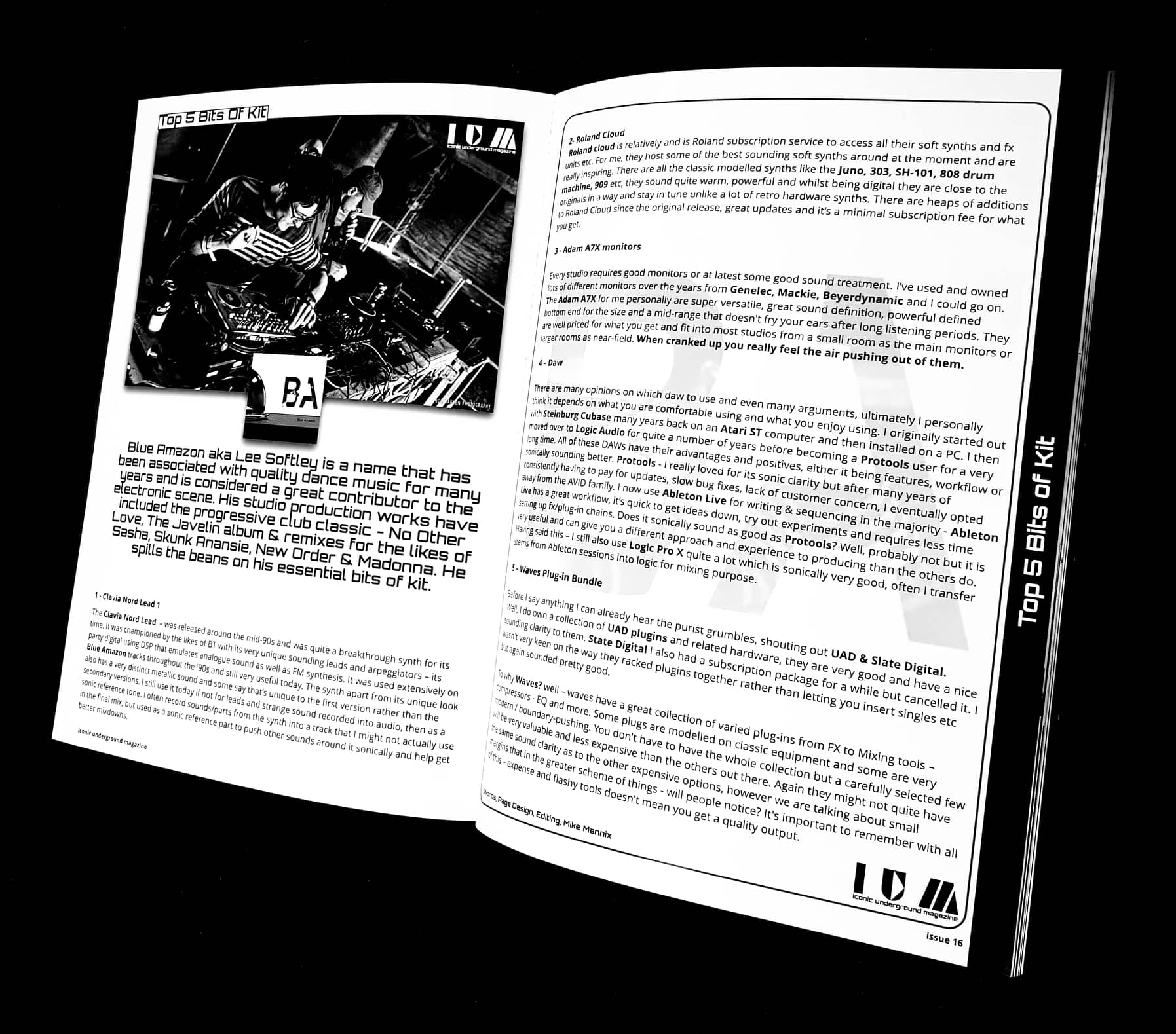 We asked Lee to pick out 5 of his current studio essentials with a short description and why he uses them.

The Clavia Nord Lead  – was released around the mid-90s and was quite a breakthrough synth for its time. It was championed by the likes of BT with its very unique sounding leads and arpeggiators – its party digital using DSP that emulates analogue sound as well as FM synthesis. It was used extensively on Blue Amazon tracks throughout the ’90s and still very useful today.

The synth apart from its unique look also has a very distinct metallic sound and some say that’s unique to the first version rather than the secondary versions. I still use it today if not for leads and strange sound recorded into audio, then as a sonic reference tone. I often record sounds/parts from the synth into a track that I might not actually use in the final mix, but used as a sonic reference part to push other sounds around it sonically and help get better mixdowns.

Roland cloud is relatively and is Roland subscription service to access all their soft synths and fx units etc. For me, they host some of the best sounding soft synths around at the moment and are really inspiring. There are all the classic modelled synths like the Juno, 303, SH-101, 808 drum machine, 909 etc, they sound quite warm, powerful and whilst being digital they are close to the originals in a way and stay in tune unlike a lot of retro hardware synths.

There are heaps of additions to Roland Cloud since the original release, great updates and it’s a minimal subscription fee for what you get.

Every studio requires good monitors or at latest some good sound treatment. I’ve used and owned lots of different monitors over the years from Genelec, Mackie, Beyerdynamic and I could go on.

The Adam A7X for me personally are super versatile, great sound definition, powerful defined bottom end for the size and a mid-range that doesn’t fry your ears after long listening periods. They are well priced for what you get and fit into most studios from a small room as the main monitors or larger rooms as near-field. When cranked up you really feel the air pushing out of them.

There are many opinions on which daw to use and even many arguments, ultimately I personally think it depends on what you are comfortable using and what you enjoy using.

I originally started out with Steinburg Cubase many years back on an Atari ST computer and then installed on a PC. I then moved over to Logic Audio for quite a number of years before becoming a Protools user for a very long time. All of these DAWs have their advantages and positives, either it being features, workflow or sonically sounding better. Protools – I really loved for its sonic clarity but after many years of consistently having to pay for updates, slow bug fixes, lack of customer concern, I eventually opted away from the AVID family.

I now use Ableton Live for writing & sequencing in the majority – Ableton Live has a great workflow, it’s quick to get ideas down, try out experiments and requires less time setting up fx/plug-in chains. Does it sonically sound as good as Protools? Well, probably not but it is very useful and can give you a different approach and experience to producing than the others do.

Having said this – I still also use Logic Pro X quite a lot which is sonically very good, often I transfer stems from Ableton sessions into logic for mixing purpose.

Before I say anything I can already hear the purist grumbles, shouting out UAD & Slate Digital.

Well, I do own a collection of UAD plugins and related hardware, they are very good and have a nice sounding clarity to them. State Digital I also had a subscription package for a while but cancelled it. I wasn’t very keen on the way they racked plugins together rather than letting you insert singles etc but again sounded pretty good.

So why Waves? well – waves have a great collection of varied plug-ins from FX to Mixing tools – compressors – EQ and more. Some plugs are modelled on classic equipment and some are very modern / boundary-pushing. You don’t have to have the whole collection but a carefully selected few will be very valuable and less expensive than the others out there. Again they might not quite have the same sound clarity as to the other expensive options, however, we are talking about small margins that in the greater scheme of things – will people notice? It’s important to remember with all of this – expense and flashy tools doesn’t mean you get a quality output.