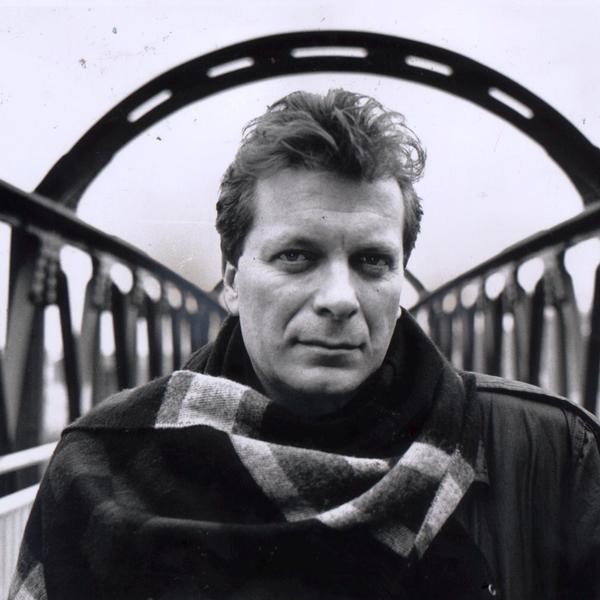 “This is Manchester, we do things differently here.”

Innovative, ingenious, inventive, there are many words in the English vocabulary to describe a pioneer of all things Manchester Mr Anthony Wilson. Born on the 20th of February 1950 in Pendleton, Lancashire, Wilson was the top of his class in grammar school and then embarked an education at Cambridge University. From there on Wilson quickly gained recognition as the north most talked about a reporter on Granada TV, he was like marmite you either loved him or hated him.

After reporting news on Granada’s evening television show in 1976, he started his own music show -that would compete with such music shows of its time as Top of the Pops – ‘So it goes’. Wilson’s characteristic show enlightened many young viewers with the post-punk revolution as it featured rebellious newcomer band as Buzzcocks, Iggy Pop and the Stooges and The Sex Pistols. Wilson fiercely admired and advertised The Sex Pistols after being one of the few who appeared at The Pistols gig at the Lesser Free Trade Hall in Manchester in 1976. The gig was so infamous that it was recorded in to a book called ‘I Swear I Was There: The Gig That Changed the World’, rumoured names who appeared at the gig was Howard Devoto (Buzzcocks), Morrissey (The Smiths) and Ian Curtis said to be influenced by the sound of the Sex Pistols post-punk, nostalgic sound and would later incline him to form Joy Division, who Tony Wilson would later sign.

In 1978 Wilson decided to make the brash decision of dipping into his saving funds and start Factory Records. Factory records initially started out as a music event at a nightclub called Rafters, this was where Tony Wilson accompanied by Rob Gretton would have their intense first meeting with Ian Curtis who supposedly Ian wrote an abusive letter to Tony Wilson to try to provoke him into giving Joy Division a TV slot on ‘So It Goes’.

He gave Tony the letter and called him a bastard for not having put them on.

Wilson was so intrigued with sheer grit and energy that he would later see at a Joy Division gig that he signed them to Factory Records, Gretton became their manager.  Joy Division created much controversy as a band, the media accusing their band name and beliefs to reside in Nazi propaganda.

Wilson around this time would befriend and start the career of art student now renowned graphic designer Peter Saville would later design the Fac251 records yellow and black aesthetic and logo “Use Hearing Protection”, along with Joy Divisions album ‘Unknown Pleasures’. On the 18th of May 1980, Ian Curtis Joy Division’s lead singer committed suicide due to a strong medical history of epileptic fits, depression and a large number of blackouts whilst making album ‘Closer’.

The year was 1982, Tony Wilson and Rob Gretton were planning on manufacturing a new nightclub venture that Manchester had never seen the likes of before.

This club was the prominent epicentre of Manchester’s music nightlife scene The Hacienda.

Across the nation and worldwide, The Hacienda had gathered the title as ‘the pride of Manchester’ emulating every type of music genre and emotion gathered from its crowds, it is part of Manchester’s heritage. It featured such club nights with rising stars Laurent Garnier, Dave Haslam and Mike Pickering and British debut performance from Madonna.

Wilson promoted his Fac51 records nights at the club promoting bands such as New Order (once Joy Division) and his more recent discovery The Happy Mondays. Tony Wilson’s relationship with Shaun Ryder, Bez, Rowetta and the rest of the Happy Mondays were rifled by scandals, mayhem and drug abuse which surely went along with their chaotic performances at The Hacienda.

In a later interview iconic underground did with Rowetta she said, ‘people are always asking about the band is this bit true or that bit true’ but Tony Wilson had always said “Just print the legend”!

It was by no means a hit at the start with minuscule crowds arriving at the venue, but soon become the centre of the UK Acid House scene, being a front-runner along such other northern clubs as the Hippodrome, Thunderdome and Konspiracy for rave culture. However, the fun was soon about to end as high unemployment rates at the time of the late 80s and 90s, included with the rise of the drug ecstasy meant that popular clubs like the Hacienda were targeted by violent drug gangs, especially the notorious ‘Cheetham Hill’ gangs. The club especially closed down in 1997, due to these reasons and financial failure.

In 2002, the film ’24 Hour Party People’ was released, a film parodying Tony Wilsons legacy, along with the mention of The Hacienda. Manchester comedy actor Steve Coogan played the role of Wilson in this funny rendition of his life, the film included a feature of cameos: Howard Devoto, Rowetta, Clint Boon, Jon Dasilva and Tony Wilson himself. The film was entered into Cannes Film Festival 2002 and received positive reviews.

Tony Wilson was an innovator, mentor and coordinator of Manchester’s ‘Madchester; scene and lively arts culture of the 70’s 80’s and 90s, for over 3 decades. Sadly, that was to come to an end as on the 10th of August 2007, after battling with cancer Tony Wilson died of a heart attack. It was reported since Wilson couldn’t afford the expenditure of the cancer drug- that could have possibly saved his life-The Happy Mondays and their manager reportedly contributed money towards the drug. The drug cost £3,500 after the NHS refused to fund his treatment.

Never had there been such a black cloud over the stereotypically gloomy Manchester and as relatives, friends and fans mourned over his death fellow poets Mike Garry and Joe Duddell decided to write a poem of his memory. ‘Saint Anthony’ the poem was later to be released in 2015 as an EP single and music video, the music single featured many of Wilsons fellow friends and confidantes, ranging from Iggy Pop to Steeve Coogan to Andrew Weatherall. All of the earnings made from the EP would later be contributed to the Christies cancer fund.

Manchester and the nation will always remember the legacy he bestowed on us, whether it was acid house raves to post-punk revolution or the sound of Joy Division, Wilson has made history through his passion for music and making Manchester great again.