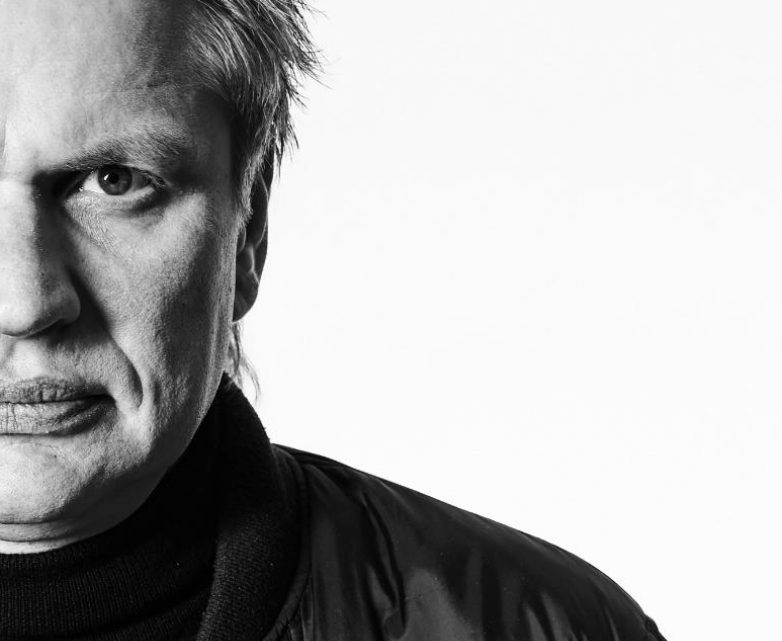 Timo Maas has been on a 30-year quest to deliver his musical wizardry to the world.

In fact, music is such an intrinsic part of his DNA that it’s one of his main modes of communication.

From a residency at the groundbreaking Circoloco at DC10 in Ibiza, where he was entrenched for over 15 years, to tours around Europe and the rest of the world, Timo Maas maintains a high level of performance to this day!

The visionary German also dedicates his time to conjuring up fresh new productions in his studio. His international recognition began with his seminal remix of ‘Dooms Night’ by Azzido Da Bass. Adopted by the UK’s garage scene, it launched him on to the world stage and he was soon being courted by a plethora of superstars from Madonna to Depeche Mode and Fatboy Slim to Muse.

Mike Mannix: Nice one Timo thank you for talking to us at iconic underground. Give us some background on your early influences socially and musically how did you get into dance music, what gave you the itch to mix?

Timo Maas: I started collecting records in the late 1970s and started playing some music out for my friends when I was 13 that was in 1982. I understood pretty quickly that music was my language to communicate with people. I was a very shy bloke when I was young and due to my love for music, I found ways to talk to people through it. Dance music, or as its called today electronic music was about to grow from all the different influences like Disco, Detroit, and Krautmusik…. I was listening from the beginning really…

Dance music, or as its called today electronic music was about to grow from all the different influences like Disco, Detroit, and Krautmusik…. I was listening from the beginning really…

MM: Once you got the bug and got involved was it something you intended to spend the rest of your life in considering your here over 3 decades later and still influencing?

TM: Not really, I was learning a profession in telecommunications after school and worked a few years in that job too, but I was always out and about on any dancefloors around… either as a DJ or just for dancing and listening to loud music. I gave up my daytime job end of `94 for the DJ thing literally just out for a year …and I`m still at it more than 25 years later… still active, still loving it, still trying to create music that’s kind of special …insets and in productions!

MM: For our younger readers – when dance music exploded and it all kicked off in the late 80s how different was it to what had come before?

TM: I guess the most important thing about those times was that when we were partying and loving it, it really was a subculture, imagine, where everyone was equal, the sound was new and there was a strong feeling of ‘us’, I loved it… it really was something else! Today, electronic music is something else its another music style in my opinion…back in the day it was something completely new. I was lucky I suppose to experience something that was brand new and exciting for the first time, that hadn’t existed before…

I`m still at it more than 25 years later… still active, still loving it, still trying to create music that’s kind of special …insets and in productions!

MM: What would you say to those that seriously want to try to reach the levels of your career and lifestyle today?

TM: I guess lifestyle is always your personal choice and shouldn`t be emulated anyways. The career… I mean mate, when I tried to get my first gigs in the UK back in 94/95 (the motherland of club music) for me at the time without the internet, you cannot imagine all the effort that has been put into that vision! Always follow your own way, try not to copy anyone and always work on the things, you don`t play to anyone, because it’s too strange…these are usually the best ones!

MM: Did you know you were living in music history at the time, looking back?

TM: No, not at all…we lived it, we loved it and there was no sign, that this would be a big business all over the world at some point…music was always the key, not the poser pics on Instagram! 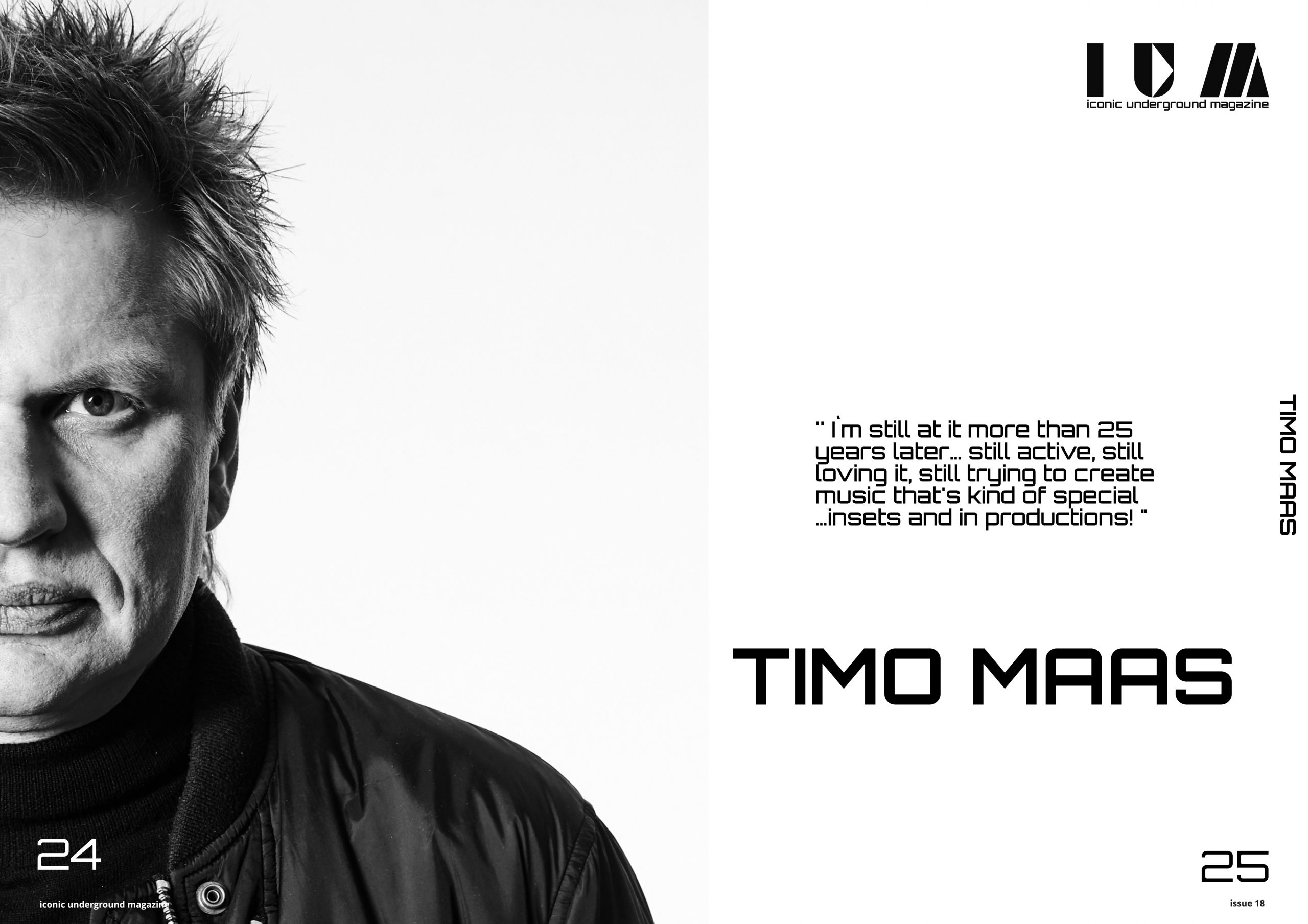 TM: I would like to work with some guys for sure…I`m not an engineer, I come and find my partners depending what my ideas are and try to work with someone that I know has the skills to realize those ideas… I don`t like to name drop the wishlist … I rather call the person up and ask when I have a great idea 😉

MM: What your usual scenario in the studio?

TM: I`m not an engineer, that’s why I work usually with great ones that know their shit much better than I could ever do it. But the best-case scenario is a basic idea, which can be anything … a sound, a loop, an atmosphere, a trip, vocals… I did so much music in studios over the years that I think the real art is catching that special moment of creativity“ while you`re in that synergy between the people in the studio… I`m a viber 🙂

MM: What’s the biggest thing you’ve overcome and learned from that you can pass on?

TM: There`s many, as life is very diverse… learning never stops as long you stay openminded, grounded, honest, and have the ability of not being up your own arse“ all the time …

TM: I certainly pissed several times right behind the speakers in the early years… but I also don`t drink any beers at all-around a gig I have learned from the past and have professionalized my behavior and routines…

MM: How do you see the underground scene today progressing and where do you see it evolving?

TM: That’s a very interesting question in times like this… I think the underground is most flexible to adapt and move on. Even its not allowed yet, but I know about a whole bunch of groups, organizations everywhere that do illegal parties…with the full awareness and respect of the situation, …you cannot stop people dancing, end of! People want to and have the right to express themselves and you can only stop them for so long. Alcohol in the 1920s is a good example…it got banned, it got into the underground, the rest is history!

MM:  What would be the top 10 essential cuts that you must have to survive if you crash landed on a desert island and why?

TM: Can I have a bag of green as well man haha?

TM: The love for the music, the love for having the opportunity to take people on a trip and out of reality for a bit… I really really love this.

TM: Several DC10`s over the years, preferably early 2000`s, Twilo in New York (the best club of all time), Crobar Miami, Pacha Buenos Aires, Warung Brazil…Creamfields, Kazantip, GLASTONBURY of course, Glade and sooooo many more. I`m so very grateful to have played pretty much all the important venues around the world and I had endless incredible moments!!

MM: Despite the whole COVID mess, what are your next big planned projects?

TM: I am releasing a whole bunch of tracks and remixes at the moment on different labels like Strippeddown, Mobilee, Senso, Tenampa, Mood Music, Heideton and so on…. have been pretty busy recently working on new stuff and I`m very happy to present those things to the world. Reactivating Rockets& Ponies, my label is also the plan… Also raising the quality of the streams, that are a lot of fun actually!!!!

MM: Thank you man for talking to us!!