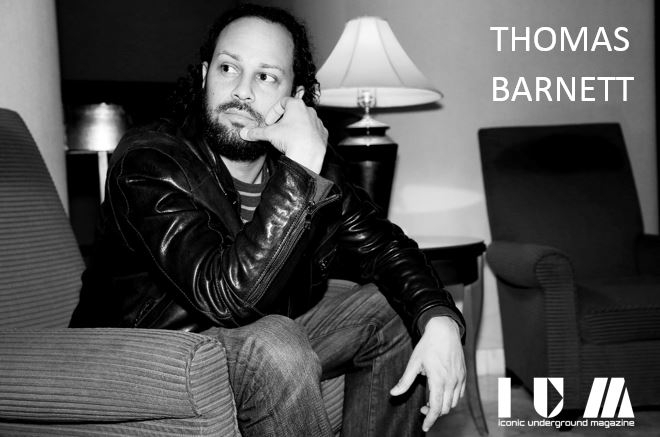 Thomas Barnett is one of the real ‘authentic’ Detroit ‘Techno pioneers’ that for some reason isn’t as lauded as some of the so-called Detroit ‘godfathers.’

Mike Mannix: Thomas can you tell us about your musical influences growing up that led to the production and your lifelong interest and passion in Detroit Techno?

Thomas Barnett:  My very first musical influence growing up has to be my Father & his amazing record collection.  He introduced me to funk, soul, rock, reggae, & experimental electronic music.  I can still recall the Summer of 1975 when as a young kid my Pops played me the title track to Gary Wright’s “The Dream Weaver” and how he told me directly,

And even before that, I can recall dancing in the living to the Ohio Players, O’Jays, Isley Brothers, David Bowie, Parliament-Funkadelic, and Rick James & The Stone City Band, just to name a few. 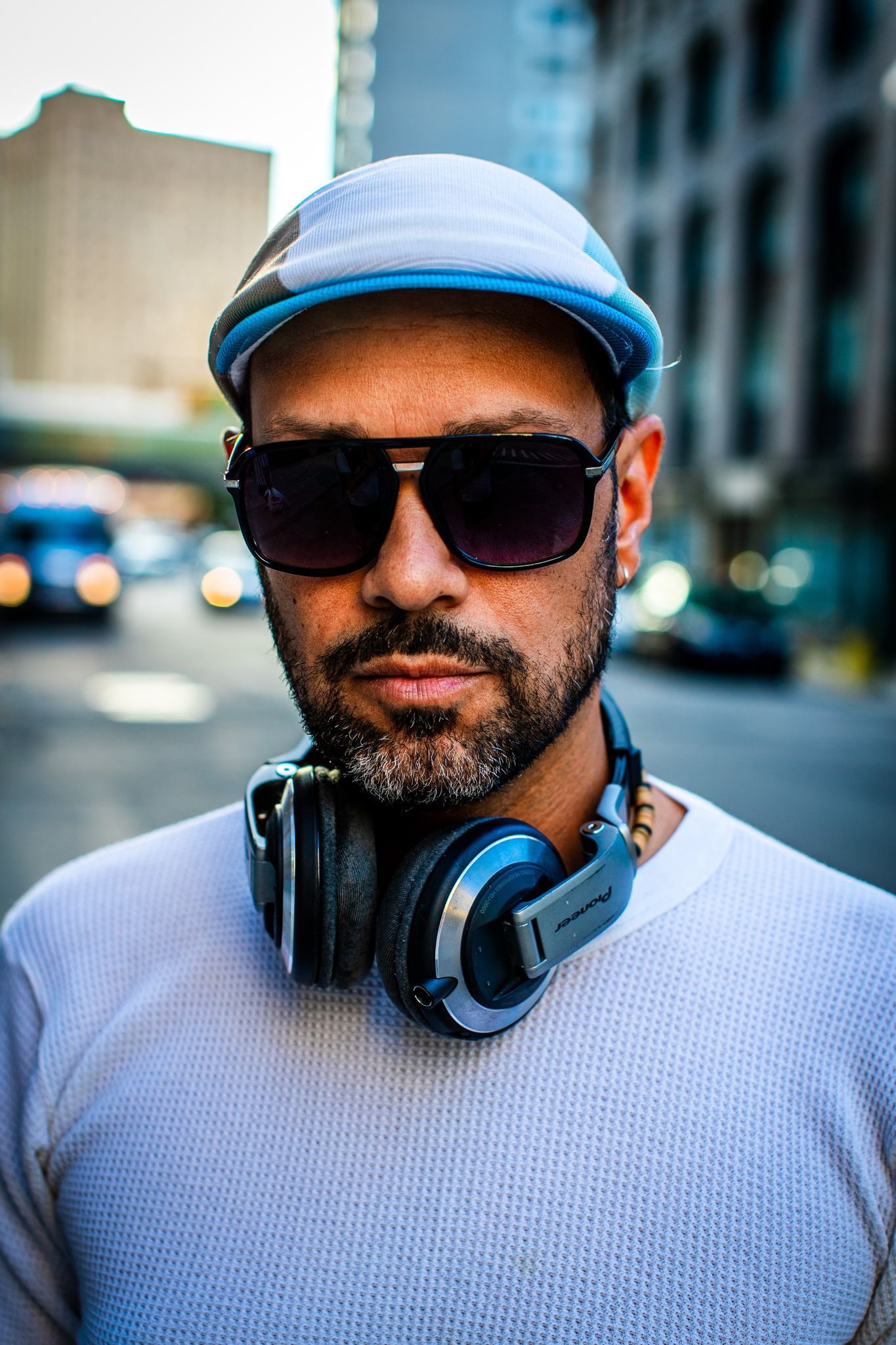 With that introduction, I was soon off on my own discovering music via the radio, and particularly one radio show by one of my other biggest influences, The Electrifying Mojo.  His nightly show introduced me to the sounds of Prince, Kraftwerk, Yellow Magic Orchestra, The Sugarhill Gang, & many others… These musicians inspired me to dream of making music, so that along with my love of sci-fi, infected my creativity & passion to do what I do. 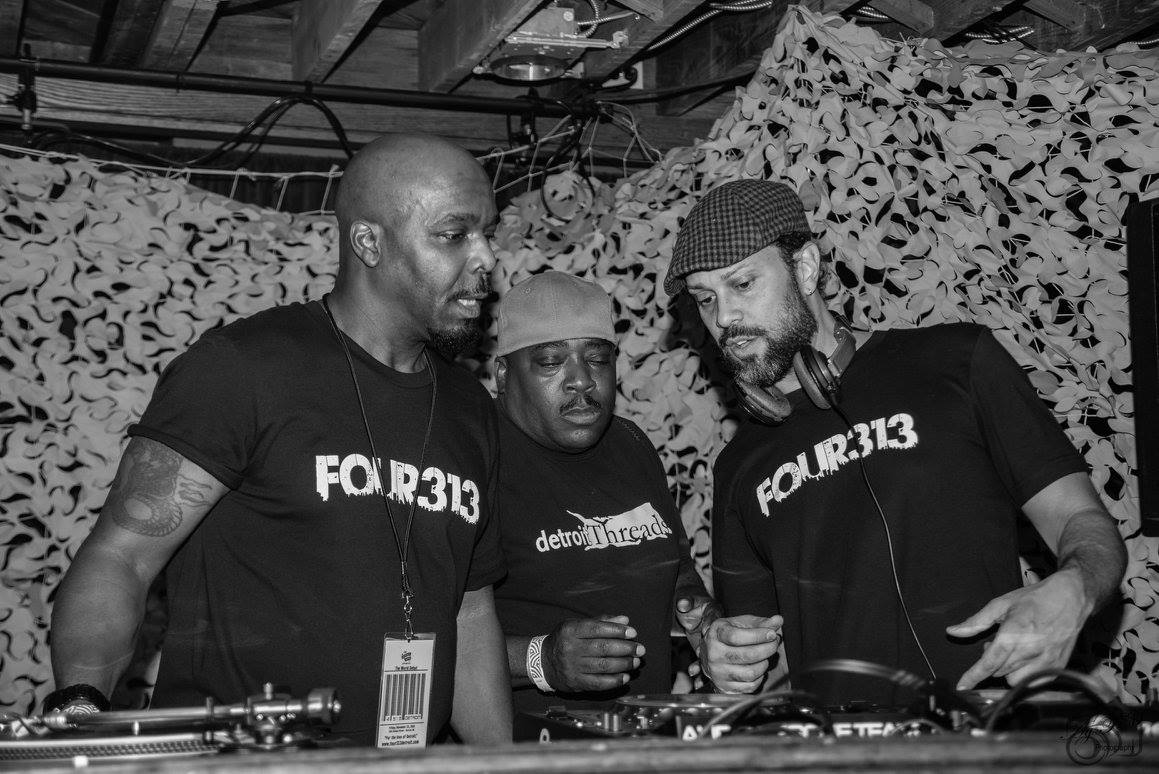 MM: What are your personal experiences with the rise of Techno in Detroit, and is there a Detroit Techno myth?

TB:  Anthony Pearson (aka Chez Damier) listened to several demos of mine when I was 18 years old & suggested I record in his friend’s studio and he promised me a great price for the studio’s ‘per hour’ rate.  Not that long after this proposition I was ready & willing to go record a demo at Chez’s friend’s studio, which was just some gear on a living room floor of a rundown apartment in Detroit’s suffering Cass Corridor.  During that first & only session I entered many different patterns into the engineer’s sequencer, and we worked on a couple of songs that I wrote, one of them I later titled, “Nude Photo“. 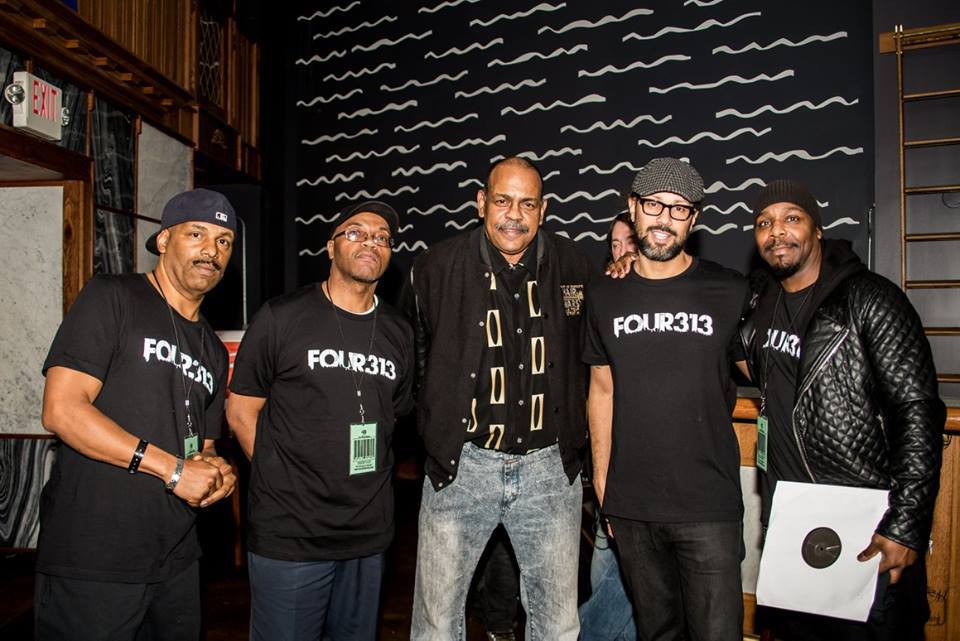 This song became my first record (released when I was 19) and it wasn’t until several years later that I first found out from Eddie ‘Flashin Fowlkes that it was a hit in Europe, this was the time before social media & before the internet.  I was quite surprised because the label owner kept me in the dark & only paid me a few hundred dollars based on our original verbal agreement of a 50/50 split of all profits.

Now, over 30 years later mythology did grow out of this one studio session, the engineer that recorded me also recorded a few other guy’s original music & took credit as the composer of many tracks he did not actually compose”

Needless to say, this guy never paid for any of them & allowed the world to believe he was the creator of many of these tracks when they were written &/or composed by others. 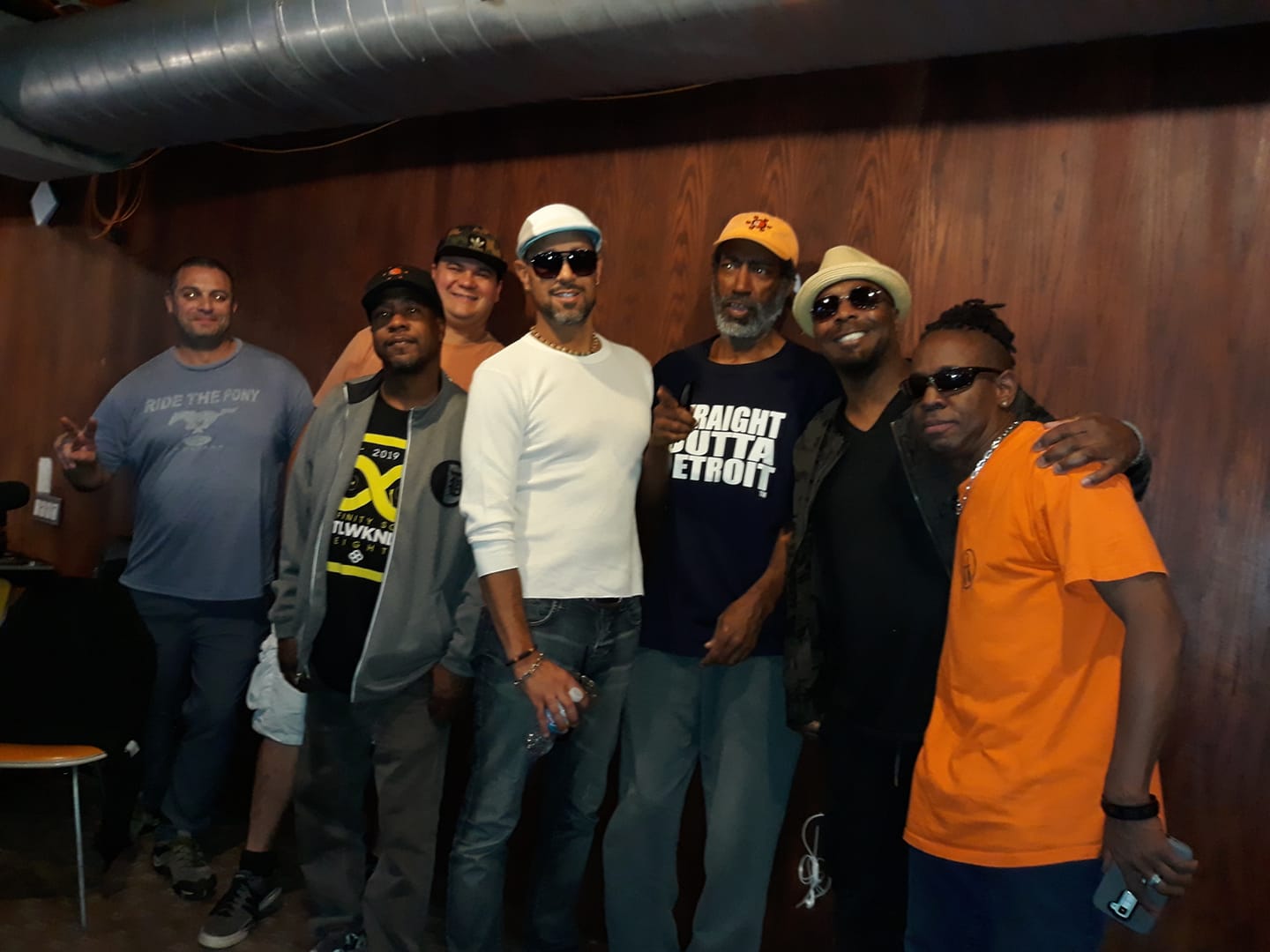 MM: Apart from the usual names, who else should be recognized for their contribution to Detroit Techno and why?

TB:  Blake Baxter gets credit for most of his work, but the label I was robbed by in Detroit is still releasing Blake’s music without ever mentioning his name, and that same label has never paid him a dime for any of the tracks he did for that very first Techno album on 10/Virgin either.  James Pennington definitely does get credit for his work as Suburban Knight, but I feel his outstanding contribution doesn’t always receive its proper kudos.  Some other names are Art Forest & Cliff Thomas.  Art due to his early work with KMS & his contribution to Inner City’s “Big Fun“.  Cliff because he helped launch literally everyone from his legendary record store, Buy-Rite Music, this was also the hub for his many labels & distribution centre for all of the early Detroit music.

Without these guys, the world might not have caught on to Detroit Techno as soon as it did”

MM: In your opinion what is the state of the Detroit scene today?

TB:  Detroit is growing and the home-grown talent is phenomenal, arguably the best in the world. 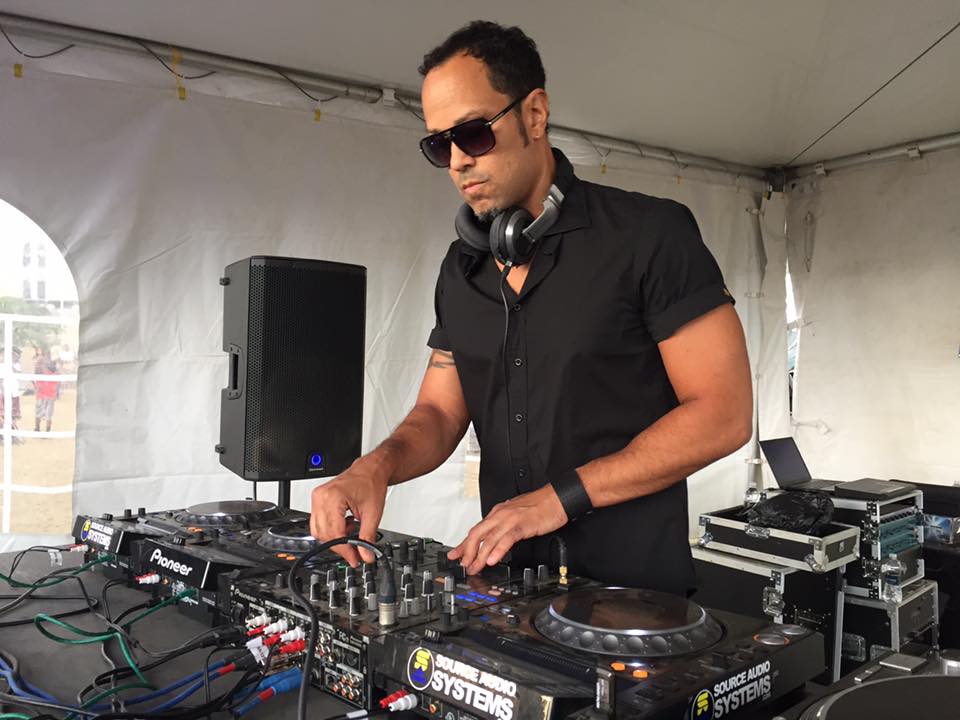 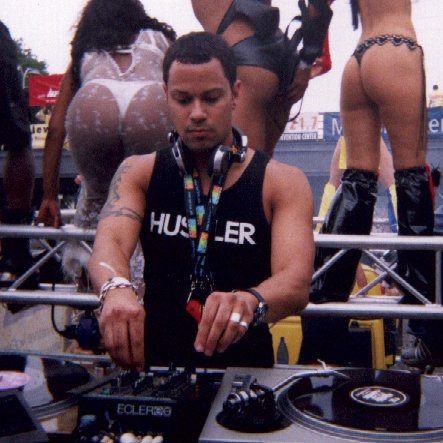 MM: If you could change anything about the scene what would it be?

TB:  I wouldn’t change that much beyond allowing the night clubs in Detroit to be open past 2 am legal, I mean, come on!  That’s ridiculous.

MM: What are your thoughts on the drama of Covid 2020?

TB: I see a lot of this drama unfolding in 2020 based on the fact that a lot of people have had a lot of time to actually read & take a breather. Meaning that when all of us have been stuck at home during these pandemic lock-downs we had time to learn some things about the world around us, and..

some of those things were good, and some were… not so good”

MM: Whats been the impact on the Detroit scene?

TB: The scene in Detroit has come to a near stand-still, as it should until we aren’t infecting each other with this thing. Some cats still had parties tho, and are still doing so, but I have turned down many gigs here at home, and even some LiveStreams at venues, just to be safe… Next year should be a lively one though, no holding back once we get “free” again.

MM: What have you got coming up with events and track releases this year?

TB:  This year we saw the release of the Low Tech Funk EP with Ecilo, I did a release with Matt Sugar R featuring me, “SEEIN U”, and I introduced NVNTR feat me “THE SUBWAY”. I did some remixes & have the next release on Visillusion being a “CloudMasterWeed” EP, a deep cat from Meaux, France. And also I have a track added to the new Grand Theft Auto V update coming out on the PS5, I’ve kept that info under wraps since the game hasn’t come out yet. “I Can Feel It” as Paris aka Thomas Barnett https://www.rockstargames.com/V/lsbc/exciting-music-and-entertainment 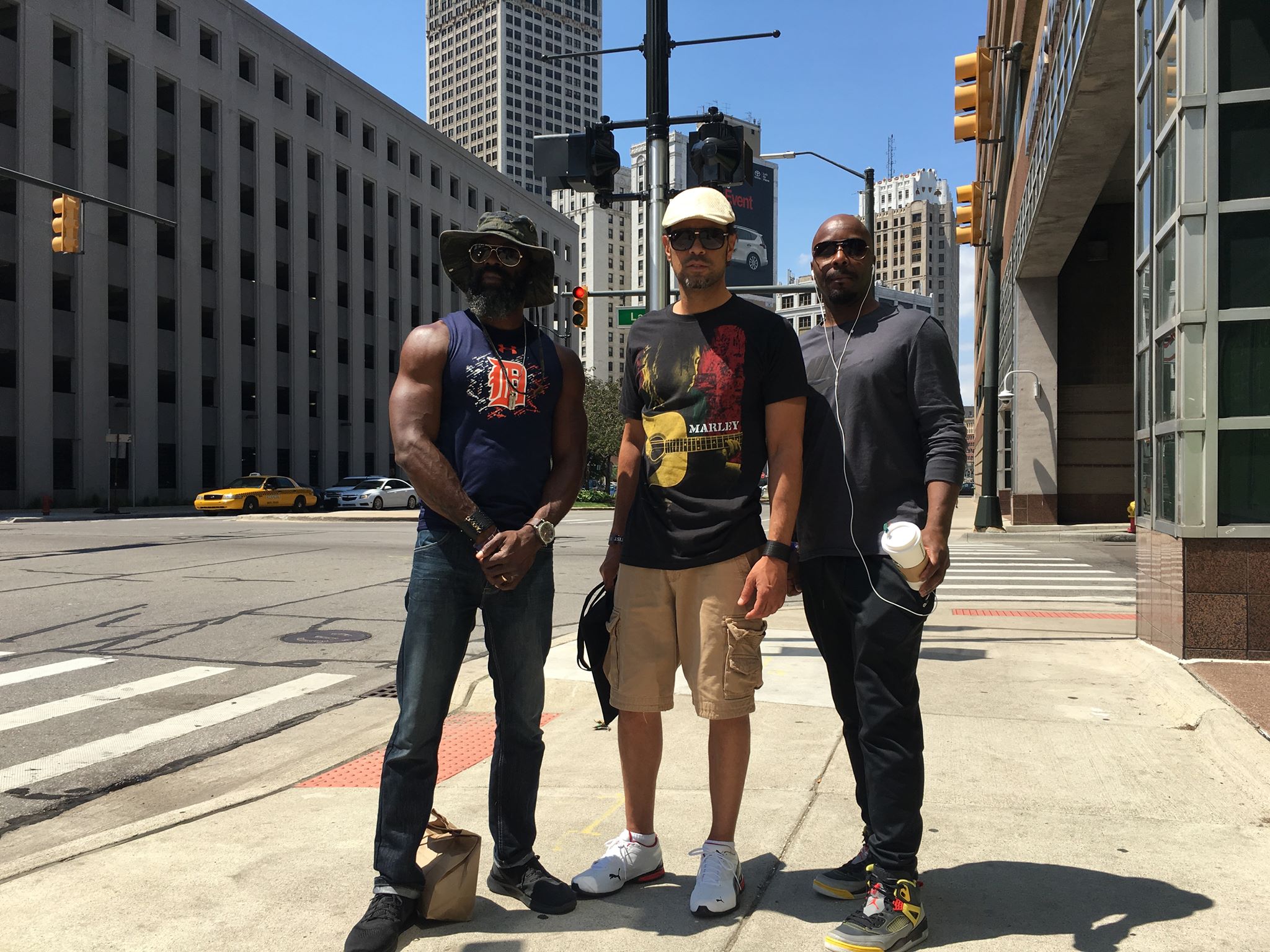