“TIME MARCHES ON NEVER ENDING” are some truly apt lyrics for this chapter of the electronic music scene. Adversities and obstacles that have kept the dance floor closed but not still

With all this in mind I was delighted to receive a message from the young Damo B, reminding me of a chat we’d had a while back was now in fruition. Now for those unsure of whom Damo is, search out his Outta Limits uploads or productions as one half of Nom De Plume then come back. 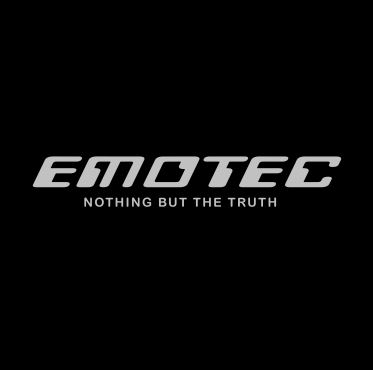 So, anyway, the fruitious project mentioned afore is the launch of his new label Emotec and now you’re up to date on the man ,you’ve got an idea what to expect from the label and I promise you, you will not be disappointed. Now before we get down to the jams proffered up on the debutant release I had a couple questions to be answered, so after wiring the usual fee ( starting to get the feeling it’s only me paying) to Damo I fired the queries out.

JD – Why now, what with all that’s going on would you enter the label game and not leave it simmering until clearer days arrive?

DB – The real kick-starter to getting the label off the ground was the passing of my Dad on VE Day. Once the shock had worn off I was left with the realisation that as the saying goes, there’s no time like the present. Id hummed and harred for way too long about the project and I’d already laid the foundations with James over at Juno regarding the name, concept and artists back in February so time really was of the essence. Added to the fact that

JD – Opening release privileges were handed to Jonny Moy whose in a rich vein of form, but how did that come about?

DB – There were a few artists I had in mind and Moy was on that list. He’s been sending me productions to play on my Outta Limits show over a twelve month or so period and his work just got better and better. My first choice of artist wasn’t viable due to being release locked with a different label so I approached Moy and said “how do you feel about being the debut release”?. After all we already had one of his tracks ready to go as I played it on the show and already claimed it for Emotec. The rest as they say is history and off the masters went.

DB – We’ve got up to number 5 ready for release and a couple of artists are still to add to the list. May have to jiggle the running order around again, who knows but the important thing is we’ve got them. This industry is a funny old game and you never know, we may have to set up a sister label to keep momentum up if demand is as we’ve predicted.

JD – Album or two on the horizon?

DB – If there’s artists who have the music and the vision to match, not forgetting output and I believe in them, then of course that would be an option. As long as there is an emotional thread running through the music then the lower tempo tracks and curve balls can be included to expand the project to Album length.

Flow is the factor

JD – Is that coming down to the likes of Floyd/ Tangerine Dream/ Jarre and their ilk in a strangers hazy flat that has left our generation with a certain expectation of what represents an album?

DB – Our generation certainly did and will always do things differently in many areas and I’m not sure if there are that many of us left, let alone still thinking about what represents an albums flow. On a serious note though, I think if you’re shelling out that extra hard earned cash on an album, that project has to be the whole package. From sound, to design, and most importantly, musical content. I can see one or two emerging after seeing the roster if I’m honest, and I’m rather looking forward to them.

Opening proceedings Dreamcoast ,is what it  says on the tin. A quality opener, although in this case, MOY treats us to a rolling break to announce what was to be a very , very pleasurable half hour ahead, before the sweeps and scapes enter to set the tone alongside the 303 and vocal fades. Nice switch up.(It was probably about 48 bars in where I was starting to question whether my mustache was actually sufficiently waxed for what lay ahead if I’m honest).

Wheel of Time with its beautifully hopeful melodic lines is sure to be a crowd pleaser once we return to the arena. Light at the end of the tunnel, anthemic vibes ooze from this cut without selling its soul. I could use every superlative in the book to describe this and few would do it justice in fairness it really is that good. Pick of the EP for me which, once hearing its peers, is no mean feat.

Echolab instantly alters the mood, all hooded up and shit with a bad ass, growling, basement checking while babysitting, bass going on. Eerie in narration with a full complement of background swells bring the composition together.

Cyclotron closes with the same attention to detail as we started this little voyage. Every nuance, every layer and texture is teased out of the machines and laid bare, encompassing a very honest ep that won’t be leaving my case for quite a while and all though snuggly fitting the home listen, still has the drive to cross to the dance floor.

MY attempt to grab a quick word with MOY didn’t quite go as planned as you can see below, but with another big release pencilled in for early new year I’m sure I can rectify that.

JD – Astounding release and launch on the Emotec imprint Moy. What’s the story behind it?

JD – (laughter but with a nervous undertone) He’s a card mate. Just a running joke that’s all.

JD – Honestly my friend it’s not like that sadly.

Now Emotec isn’t the only new label to rear its head this year. I mean I was as surprised as anyone to hear that Anil Lal is back at it again with yet another new label (my brain and wallet can’t keep up with him) under the moniker of Shakespeare. Think we all know and look forward to what’s to come on that imprint after hearing the test presses for 01 & 02, adding to Paul Wises (Placid ) WGD debut foray with a jam packed VA with Tin Man / Derek Carr / Posthuman & Dircsen, winter might just be doable as we wait for the doors to reopen and we can get back on it.