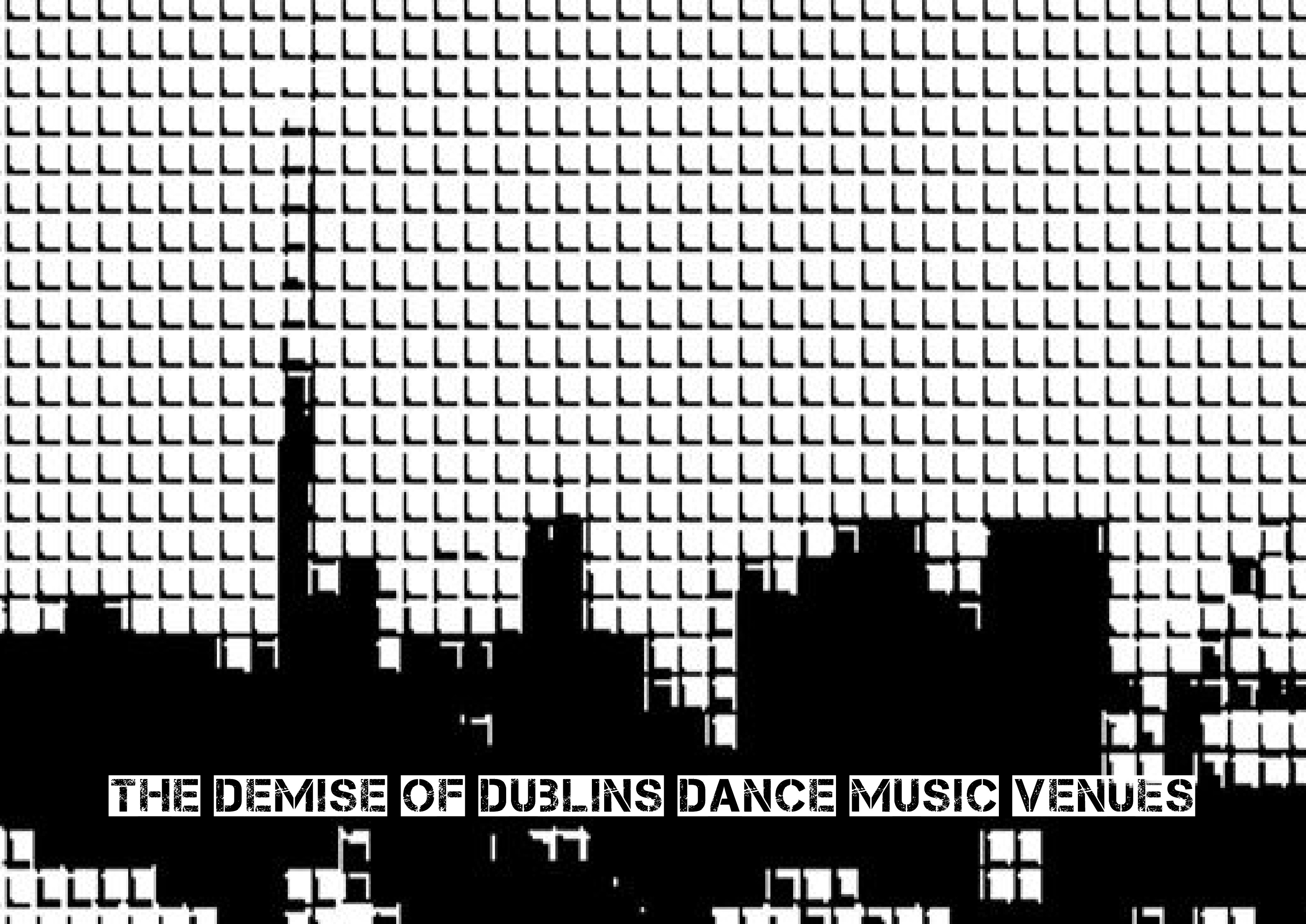 Apparently, London is going to get a new venue next summer called ‘Magazine London’ in Greenwich. The people behind Printworks are building a 3000-capacity venue to host parties, exhibitions, concerts, and other gigs, but also have plans to build a 7000 capacity outdoor festival site overlooking the Thames!

Meanwhile back in Dublin, clubs are being wiped out and demolished left right and centre, with nothing built to replace them! Its not that long ago the iconic warehouse venue The Hanger was reduced to rubble to make way for a hotel, and now the latest notice of execution has been sounded for the historic Tivoli Theatre, which is set to close at the end of January 2019 to make way for yet another hotel, which leaves Dublin city center devoid of any large warehouse style spaces.

The Tivoli has been host to many massive iconic parties ever since the dance scene exploded in Dublin at the end of the 1980s. In more recent times it has seen its busiest period under the careful watch of the Dublin based Archetype group. Its main clubbing brand District 8 has been holding the reigns and hosting over 70 events a year with the biggest names in the scene, and delivering an atmosphere easily on par with its European counterparts. They have without question presided over the most successful 5 year period in the venue’s history, and will certainly be at a loss unless they can pull off a cou for another space?!

But what’s really becoming glaringly obvious is that the powers that be seemingly have absolutely no interest in supporting or promoting the nightclub industry. However, their European counterparts in Berlin, Amsterdam and London literally put them to shame, with Amsterdam and London employing a Night Mayor to run the multi-million euro nite life industry, and Berlin literally showcasing its clubs as tourist attractions to the iconic city, which attracts tens of thousands of eager revelers and millions of Euro from all over Ireland and Europe to experience they’re incredible clubs and atmosphere.

Our European counterparts seemingly have a broader more open minded liberal approach, with 24 hour licensing and many clubs staying open till 6am/7am. Also, the attitude toward drugs is much more informative with the well-being and safety of the clubber apparent, with many providing information and testing centres, so as to give the clubber a more informed choice as to whether to take their stash or not, whereas in Ireland we are are firmly in the dark ages on both counts.

But as I wrote in a previous article in the summer, Dublin has a very healthy thriving underground scene, so all is not lost, as there are still some excellent niche underground venues dotted around the Capital like Opium, Yamamori Tengu, Kiazen Bar, Yukio, Berlin Bar D2, Izakya, Ri-Ra, Wig Wam, Bernard Shaw, 39/40, The Button Factory and Pygmalion providing the freshest cuts.

But just to highlight this one last point, I noticed as I was literally heading back to the office to finish off writing this piece, I had passed the site of where the legendary POD dance club had once had its hollowed stomping grounds, now being turned into offices, like WTF!l!? Progress, or just rubbing more salt into the yawning gaping electronic wound that is Dublin clubbing?

Anyway, with the sad news still ringing in our ears we wanted to reach out to Fernando (Fer) of the Archetype group to gauge his feelings about the closure and Dublin clubbing …

Mike Mannix – Fernando a sad day for you and your team and Dublin clubbing in general, a day you’ve known was coming for a while now, how do you feel, and what were your best moments from the last 5 years?

Fernando – Yes, definitely not a happy day for the music and entertainment scene in Dublin and in Ireland. There are people coming from everywhere in Ireland (and also from abroad) to our gigs in District 8 week in and week out.  We knew this day was coming but it is like the end of the summer you always think you can stretch it out a bit more. Over the last 5 years I have had so many good times, on an average of 70 shows a year I might have attended at least 50 of them, and everyone has its own personality marked by the artists and the energy than the people bring to the venue.

Mike Mannix – What are your thoughts on the apparent disregard for the night culture in Dublin and do we need a similar system to Amsterdam’s ’Night Major’?

Fernando – I visit Amsterdam at least once a year and its nightlife and variety of venues are enviable.

Here we have licensing laws that haven’t changed much in 20 years or more.

Sunil Sharpe and the collective Give us the Night are doing a great job trying to bring Ireland to the next level, trying to improve the regulations regarding nightlife. There is huge potential for growth here and sooner or late things will change, I have no doubt!

Mike Mannix – What’s next for the ‘District 8’ brand?

Fernando – We have been working on D8 V2.0 for a long time and the hard work is beginning to give its fruits so keep your eyes peeled,

the good news is coming soon”