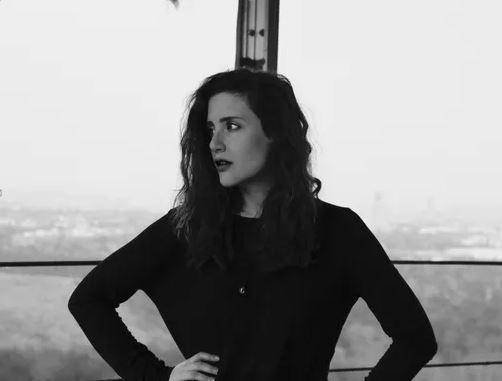 In the outskirts of Lawrence Hill, an abandoned office block (and swingers club) casually known as “Techno Towers” hosted a night of capricious and cathartic music headlined by Berlin based Nur Jaber, with her Bristol debut.

Billy, Erich and Connor are the minds behind this event. Their three part series ‘Transitions’ is described by the founders

“inspired by the thriving scenes of Berlin and Tbilisi, fused with the intimate & raw atmosphere that is Strictly Yes.”

The event has come on leaps and bounds, as the trio’s vivid techno vision only started 8 months ago with their debut event only featuring powerhouse Jonas Kopp.

Nur Jaber’s set was one that was spiritually enlightening. As an artist you can see through her music, her aesthetic and her performances has gravitated from her homeland of Beirut and the hardship of the past civil war. The visual intensity of the deep red lighting matching the auditory senses is a constant reminder of the use of the space which was filled by the merciless and barbaric sounds of industrial, herself and the audience hypnotized to the rhythm.

Nur Jaber’s high energy and rave sound was consumed with passion and emotion of the deepest depths of the psych, positively brainwashing everyone into a dancing frenzy.

The sense of community illuminates not only through the event, but through Jaber’s sense of generosity offering to personally sell vinyl from her recent OSF remixed release’s on her label at the end of the night.

The evening closed with Bristol based artist and resident of Psycho Therapy Sessions Jurango. As an artist he prides himself on experimenting with many music genres from bass to grime to house. The techno infused set ended on a high until the wee hours of Sunday morning, mixing modern classics into his set from ‘DJ Hyperactive Len Faki- Wide Open’ to ‘Boddika and Joy O’s- Mercy’.

Overall, the organic and inviting ambience of the night was something that would be memorable to all that attended. The derelict, back alley venue summed up the idea of the occasion being

Without a doubt everyone’s adoration for electronic music culminated into a bundle of love and enjoyment with thanks to the artists, promoters and all who attended!