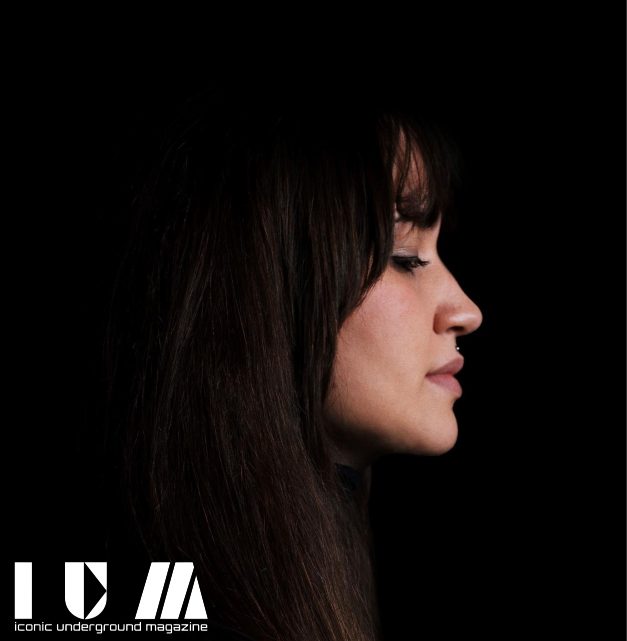 Rebecca Delle Piane has dedicated most of her life to her passion, music, which has led her to the DJing and production world where her biggest ambitions are being realised.

MM:  Give some background on your early influences socially and musically how did you get into dance music, what gave you the itch to mix?

RDP:  Hello guys. It’s nice to be here. Certainly, my early musical influences were quite generic.

Gradually I got closer to what I now recognize as ‘my dimension’ both thanks to various knowledge and interest in clubs, and thanks to the energy that this music transmits to me.

It’s a vibration that comes from within, difficult to describe, a way to express myself and feel alive. First of all, I started playing and producing, the thought of mixing never crossed my mind. The important thing was to let me out and spread a thought, a feeling, privately and in a very ‘shy’ way. Later, I came up with the idea of extending these sensations to more people by publishing what I created, but only a few years ago

I realized, thanks also to some people who helped me along this path, that I should also dedicate myself to good DJing sessions, to best transmit ‘my trip’

RDP:  At first I never had, in particular, artists who influenced my passion for the scene. I have always taken a little here and there, I have collected the positive and negative notes, of behavior, of production, of a DJ set, of a kick, anything that could help me understand the dynamics of music and not, to build a personal profile and to grow, which I will always try to do.

If I had to express some preferences regarding the genre that I embraced, I started by listening to the world of Pole Group and Mord a lot, then I moved (while maintaining these preferences) also on other, for example, the world of Symbolism and Hardgroove, the world of Conform, Jeff Mills, the productions of Mike Parker, Tensal, Staffan Linzatti, Stanislav Tolkachev, Developer, to name a few.

ROD’s Pull-on Klockworks will always remain, for me, an emotional rollercoaster masterpiece

Lately, I’ve also been listening to a lot of newcomers and a few new labels that are producing really cool stuff. I would like, one day, to work in the studio with the big names I mentioned before, and many others.

MM: Walk us through the usual process of when you are in the studio creating your new tracks from the analogue outboard, midi, samples, and DAW you use and why. What is key in the whole production process?

RDP: The key to the whole production process is to be yourself and to get totally naked. It doesn’t matter if your friend doesn’t like that ‘distortion’, or rather, the opinion helps to improve but doesn’t have to change your way of being. The point is that what you create belongs to you and that it gives meaning to what you want to communicate. This awareness is my first step towards creating a new track. But there’s much more.

When I am in the studio,

in the production phase I use Ableton, I give vent to my imagination and I also go randomly sometimes, on what a union between sounds, sometimes not expected, can create

But I know what I’m doing, I have clear ideas in my head.  But this only happens if on that day, or rather, at that moment, I am inspired, otherwise it’s better to close everything and not spend hours and hours getting nothing, even if this practice has served me in the past to refine some production techniques.

Another important point (for me) is not to overdo, a record can work even with a few well-mixed and tied elements, a chaotic soup with too many sounds could lose sense. I use my trusty three-four VST s, Toms are never missing, I don’t use external hardware at the moment, but I will certainly do in the future.

In the final mixing phase, I move to Cubase, which I find intuitive and of high quality

Not everything must have a precise logic when we are dealing with the expression of ourselves, but to have a good product each element must have its own space; in terms of frequency, everything has its place, or almost.  Producing, shortly, for me, is about translating a personal stimulus into something that everyone can perceive and try to understand. 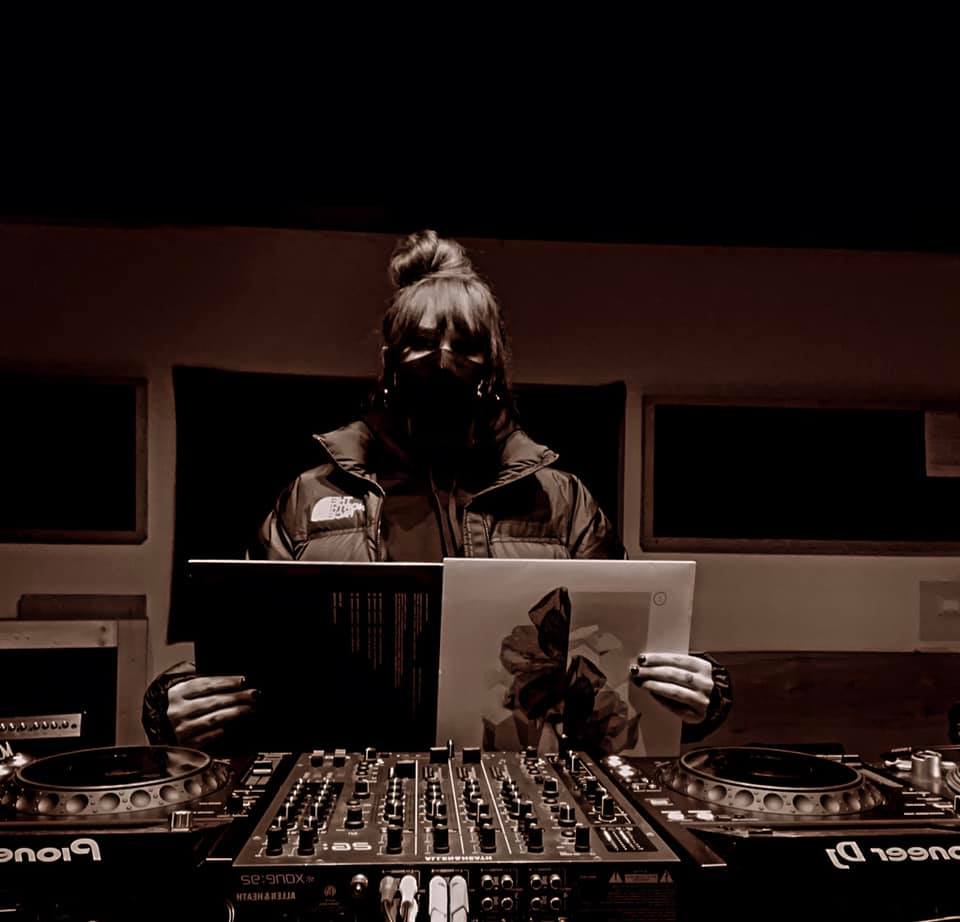 RDP: Embarrassment, shyness, and fear of flying. I’m still working on it 🙂

RDP: Ahaha this happened several times but I remember one, in particular, I was so excited and euphoric about the set I was listening to, that to run quickly to the bathroom

I fell from backstage in front of some bodyguards who laughed for a while. I laughed too, but at the same time I was thinking: ‘OOOOK thanks, that’s funny but I need help

MM: Back in the day DJs and producers really had to put in some seriously long hours, dedication, patience, and money to learn the beautiful art and skills of mixing vinyl and producing original tracks.  Now with the advent of sync buttons, construction kits and templates are today’s electronic DJs / Producers at a disadvantage or advantage?

RDP: I think that over the years, new technologies and progress have facilitated learning and using the tools available. But I don’t know if we have to consider it an advantage or not. I believe that in a sense, all this has pushed many people to do things superficially. whatever their final purpose is, I don’t want to judge, but I think that maybe the purity that should be part of an artistic world, has been lost a bit.

I’m not against sync, the world goes on, it evolves, it’s just a button

The point is that it should be seen like that, and not as an ‘ok I don’t want to spend time on it, I don’t care I just want to make a profit, so I’ll play like that’. As for production, I find that it must be unique. 100% personally created. I am part of this new ‘ultra- digital era’ based on a lot of fiction, but who you want to be and the way you want to do something is your choice. All is a choice. 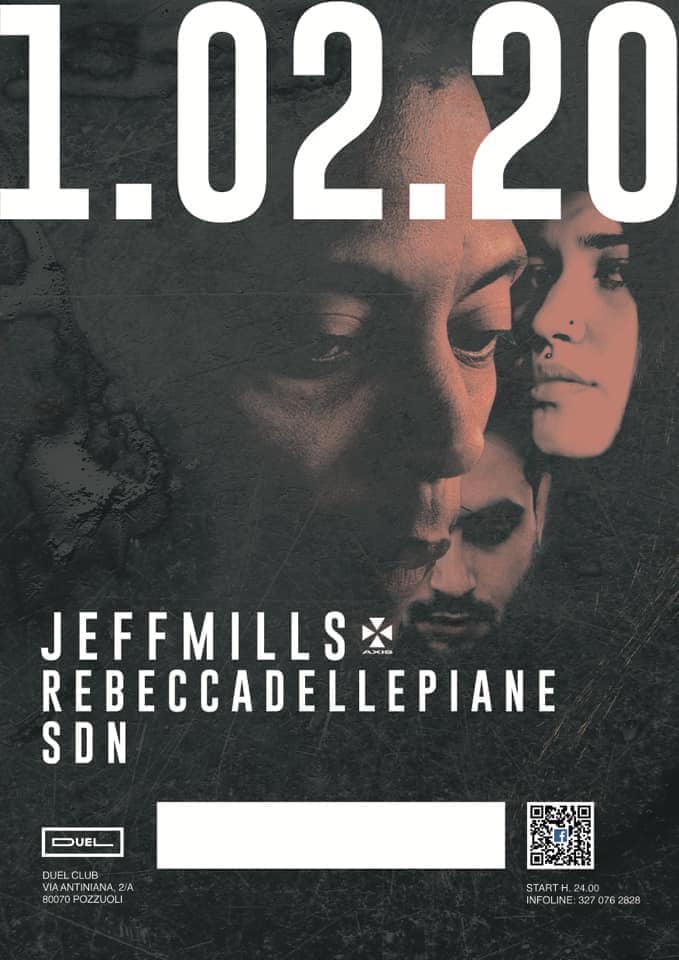 RDP: Patience, don’t rush, perseverance, spending hours studying, trying, and always discovering new things. Observe and listen, criticize, make mistakes, and correct them. Anything that surrounds us could be an idea, a sign to create something and each of us should grasp every little detail, in any area.

If you do something with true passion and a good soul, you will be rewarded. In all of this, luck also plays its part

MM: How is the underground scene today progressing and where do you see it evolving?

RDP:  The underground has always been a ‘selected choice’, a way of being and something to remain faithful to. You can be underground by placing a wall in front of yourself and not letting anything in, but you can also be underground by welcoming many influences and shaping your ideas, while always maintaining a super personal style. I like to see it like this.

Everyone does his own, and it is right to listen and to know something that does not belong to yourself; the problem is that

I believe that today we have made a lot of space for a huge cauldron of things done randomly, which (in a sense) have bypassed the underground and often have corrupted it

At the same time, however, the underground is something that exists and will exist and will evolve everywhere because all the DJs, the producers who have embraced this ‘faith’ will carry it on wherever they are. This is a generic discourse, everyone should feel free to be, not to be or to be something else. I hope to be and I’ll be underground, with broad views and many other influences that maybe have nothing to do with it. 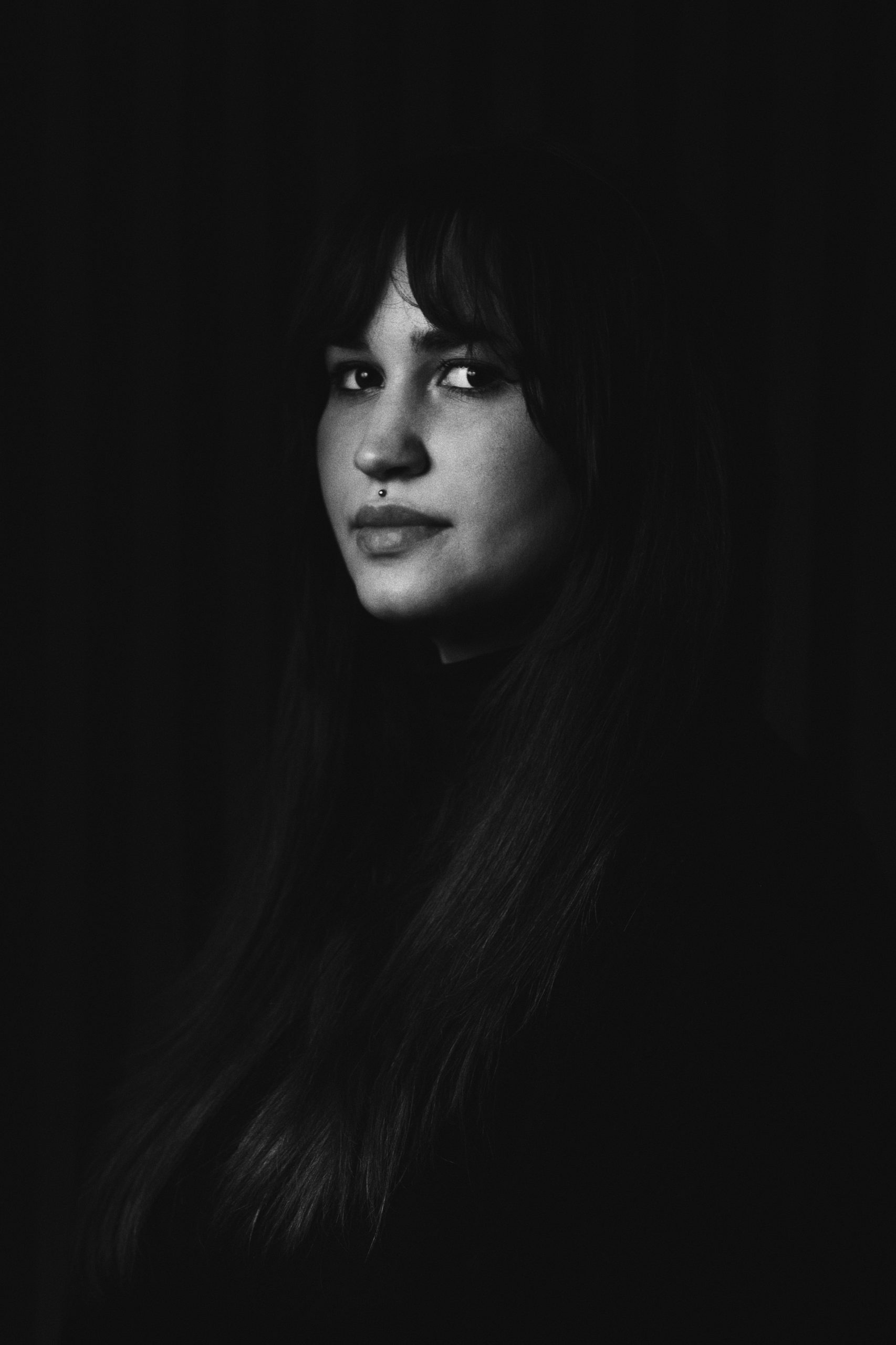 MM:  If you ended up trapped on a godforsaken island with only your decks,  a crate of spirits, and your vinyl fly case to your name, what would be the top 10 essential cuts that you must have to survive and why?

RDP:  I’ve been waiting for months to end up on an abandoned tropical island!!… Just kidding. I would miss my family and the people I care about.

But if I were trapped, I would only need five things (beyond music). Bread, water, something to eat with pistachio but also a pizza might be fine, a bottle of gin and my comfortable pillow. If I can ask for electricity it would be fine to play all day. Me, my decks, and I.

MM:  What drives and motivates you?

RDP:  Myself, my affections definitely, kindness and the desire to reach my goals and share my music with as many people as possible.

It is simply not my size, my dimension

But if I had to listen to it, I would do it without problems.

RDP:  There are no particular things that I despise, it’s a feeling that doesn’t belong to me. Certainly, there are things I prefer and not. The thing I love most about the scene is the complicity and the relationship that is created between one artist and another. The exchange of ideas is essential. Also, believe in someone or something and/or collaborate. Share with selection. I don’t like the opposite of all of this and the people who don’t have a feeling about it. 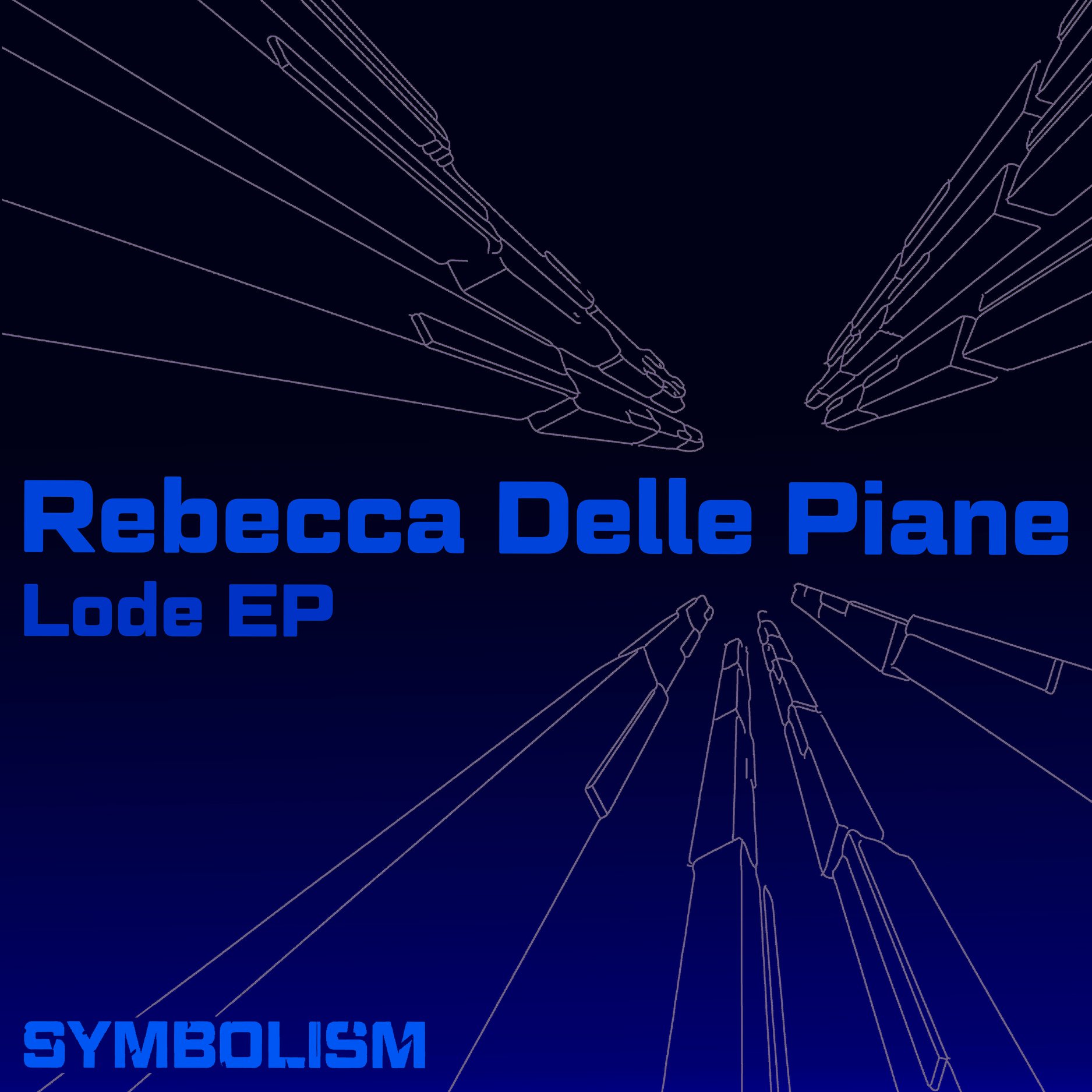 MM: What are the next big planned events and projects?

RDP:  Because of the period we are living I don’t have any big events planned at the moment, but I hope to be back playing soon, all of this is starting to weigh heavily and becomes absurd. At the same time, however,

on labels that I respect a lot, and I can’t wait!!

MM: Thanks for spending your time with us, was a pleasure, best of luck for everything, and hope to see you soon on the desk.

RDP: A pleasure for me too. Thanks for the wishes and also I’ll wish you the best. Hope to come back to play soon 🙂