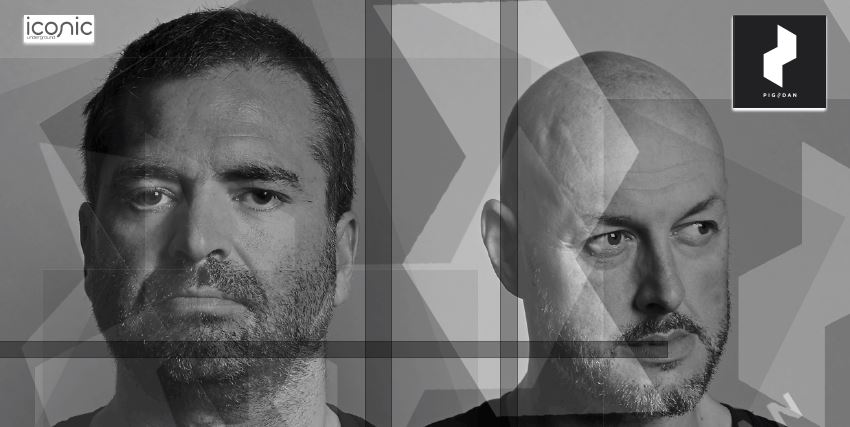 For more than a decade Pig & Dan have been jamming in the studio and playing at events across the world, these guys are truly world-class entertainers that know a thing or 2 about music.  Think about some of the biggest events out there such as Ultra, Tomorrowland, and Awakenings, as well as playing some of the biggest clubs across the globe to awestruck fans.  These guys are true heavyweights in the electronic music scene so we sent in DaGeneral for a little chin wag to see what makes these guys tick.

DaGeneral: Hi guys, thanks for taking the time to do this interview with us. I would like to start with congratulating you on over a decade now at the top of your game and no less than 4 albums. Would you say your diversity and adaptability to stay fresh keeps you in so much demand?

Pig & Dan: I guess so. The reason we make music is for us to be able to play it. It was always about making music that nobody else had, and within the time it was like we designed our own set, so that’s where the diversity comes from. Rather than using genres, I would class music into intensities. By that I mean certain types of music or intensities go better in certain places, whether day or night or a specific venue or vibe. A good DJ is a little like a psychologist, someone who reads the crowd and the environment the whole time he is playing.

DG: I know you guys are currently on tour in Australia which just adds to a consistent schedule. How much do you still enjoy touring and what are your highlights over the last 18 months?

P&D: Yes, its’ part of the job that it hard but also enjoyable. We both love to see new places. This August we split ways, so one of us went to Australia whilst the other in the USA. It’s weird being on the road on your own after so many years of touring as a duo – takes a little longer to set up – that’s for sure! We love to meet new people and see new cities and beautiful sights all over the world, so touring is still cool in many ways.

We have had so many highlights! I guess summer started with a bang when we had the OFF Sonar week ELEVATE showcase at City Hall, with Monika Kruse and ANNA. Then we had 2 dates at the new Hi Ibiza with Eric Prydz, and we just finished up another Ibiza gig with Ultra Resistance at Privilege. The list goes on – so many amazing festivals in Zurich, The Netherlands, and Belgium.

DG: Are there any key things that you MUST have when in the studio or going on tour?

P&D: We both use the Model 1 Mixer, and we actually have that in the studio when we are home, but also take it on the road with us everywhere we go. So I would say that’s absolutely essential for us. Otherwise, its regular things when on the road – a comfy pair of shoes, good headphones, a neck pillow and eye cover for the times we get some rest in, and also our laptops. We can do a lot on an iPhone now, when it comes to social media, emails and the business side of the industry, but we still need our laptops, during our sets and we spend a lot of time prepping and checking demos too whether it be in the hotel on a form of transport on route to a festival or club.

We actually have to have an alcohol free rider when on the road, neither of us drink and we like to stay as fresh as possible, so stock up on the coconut water – essential.

DG: Of course, you also have the label “ELEVATE” under your belt, how do you manage to keep on top of everything or do you have some people behind the scenes helping take up some of the workloads?

P&D: There are many challenges when starting and running a label. There are a lot out there and ELEVATE is still a baby in terms of how far we have come, but we are really happy so far with the progress we have made. We have some amazing artists with DAST, Amelie Lens, Mark Reeve, Victor Ruiz, HOBO and Carlo Ruetz.

It’s actually our 6th label, but the others never came far due to wrong team members. It’s very important to have a solid team behind the label, our label manager is the best, and we also like to be very hands-on with all demos and releases. To be successful you also have to believe what you sign, we love artists who push the boundaries a little and send us tracks that really get under our skin.

DG: On production terms what can we expect from both Pig & Dan, and Elevate in the near future?

P&D: “La Bruja” (The Witch) is our next release on the 28th August, which is going to be featured on the Drumcode A-Sides compilation. The track totally shows all our colours musically speaking. It holds a very uplifting repetitive melody that is reminiscent of the 90s sound however with some very Pig&Dan twists. It’s got that dark drive that’s a little more dirty than usual and features overpowering Drum n’ Bass style bass drops in it points that take you away from the hypnotics that this record is all about.

ELEVATE is still growing, and we hope to have another EP on it towards the end of the year or the early part of 2018. The next few releases are coming from some cool artists!

DG: Being part of the modern digital release platform there is an expectation for artists to release very consistently and sometimes at the expense of quantity over quality. How do you guys feel about how this seems to be going?

P&D: It must be exciting for artists to be able to make a track and create an account in minutes and release their music – and this is something which I think is magical about streaming platforms, as those who would never normally get heard, can finally reach more of an audience, and that’s what’s important – to help aspiring young producers. However, many years ago when a track was released and it was a hit, it was around for a long time, weeks. Everyone talking about it and playing it that was special. Now even a chart-topper doesn’t stay on anyone’s tongues for more than a week, even when it hits the top spot. Something else comes out, the bigger news gets released and so on.

The digital age has meant that there is just a huge influx of music all the time, but it’s something we cannot really control. It does make it less special and there is too much on offer,

but what can we do about it?

P&D: We like to tell stories with our music. I think

we are diverse enough to make all different types of tracks

, some more linear and others with bigger build-ups to those which are really soulful or melodic. What we always try and find is a sound or a vocal that is going to make that track memorable and get stuck in your mind. We want our audience to dance to our music and remember a track from that night that they really connected with.

I would say the sound quality has gotten much better as audio equipment had got so much more advanced. We make much more techno than we used to, as most of the time we play peak time techno sets at techno parties. The tracks may have become a little simpler in terms of elements, but more intricate in terms of the sounds we use and the arrangements we make.

DG: What would be your advice to your realm of fans or DJs/producers in their bedroom now trying to make a break into the scene?

P&D:Spend many hours in the studio listening to sounds and practicing, it takes time to develop a taste in music and train your ears to hear different sounds. Work hard be constant because it’s a very challenging industry. And finally, no matter what, be yourself! Never forget to have fun making music, and enjoy the process, because the moment you stop having fun the ideas stop flowing and nothing comes out. If you think about making money rather than being creative this is not the place for you….