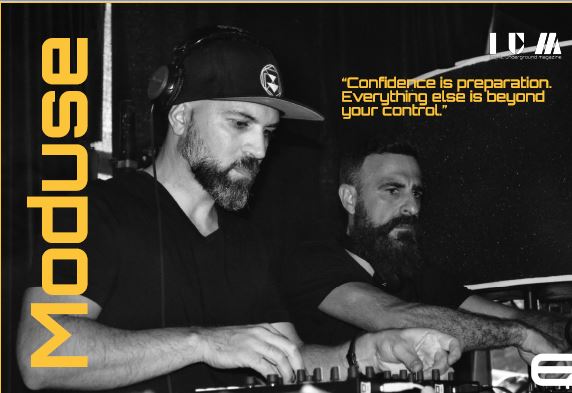 Moduse are an up and coming Techno duo based in Dublin who are making their mark on the cities clubbing network, definitely ones to watch!!

Raphaela Pauwels: Before you tell us how you both met and formed Moduse can you fill us in on your own early musical journeys that eventually led you into electronic music? 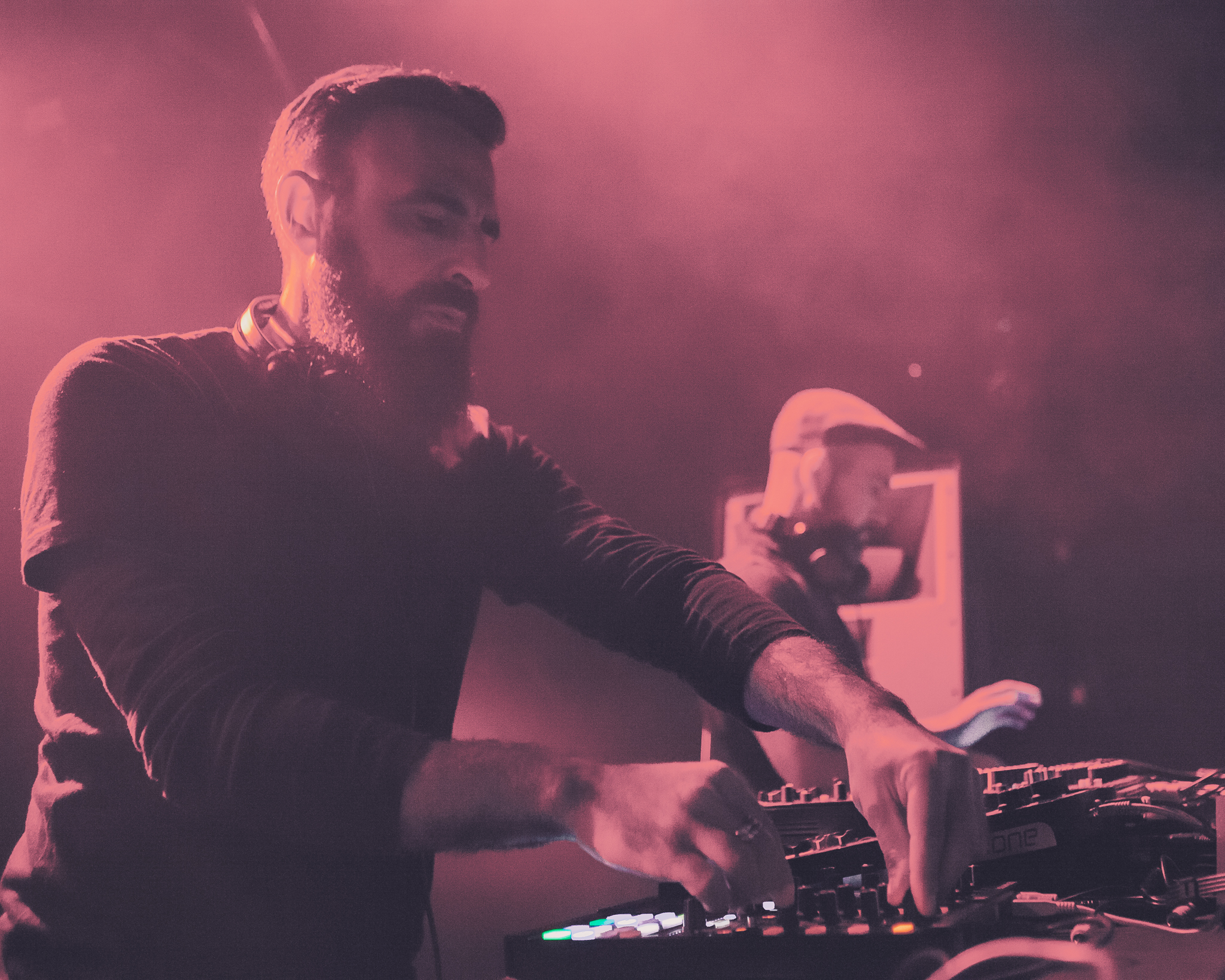 Fernando: During my last period in Spain before moving to Ireland I was playing percussion in an Irish traditional music band. Believe it or not, one of my objectives, when I came to Ireland, was to learn how to play the Bodhran. At some point during the journey, I meet a pair of turntables and I was diverted by them towards the electronic beats.

Reza: My musical journeys started in early childhood when I was around 8 or 9 years of age with an organ, I went to a class for a while to learn the instrument and a few songs. Unfortunately, after a few classes, we had to move house and that was the end of classes for me, I still play some of those songs on piano. I started discovering electronic music around the age of 18 when Goa Trance was big, ever since I could not leave a day without it.

We do mix as we go along but always give it a few days of a break to refresh the ears and listen back to notice anything that we don’t like.

RP: How did you meet, and what was the catalyst to create this imprint?

R: Me and Fernando met back in 2005 in one of Fernando’s psytrance nights in Button Factory (Temple Bar Music center-back then) I was big into psytrance and I ended up playing few nights for Neutronix.

Since then we met many times to create music together and exchange ideas, at first it was psytrance then went to minimal techno after it was Deep House for a while and finally Techno for about 5 years now, Moduse was created in the beginning and we have kept the name ever since. 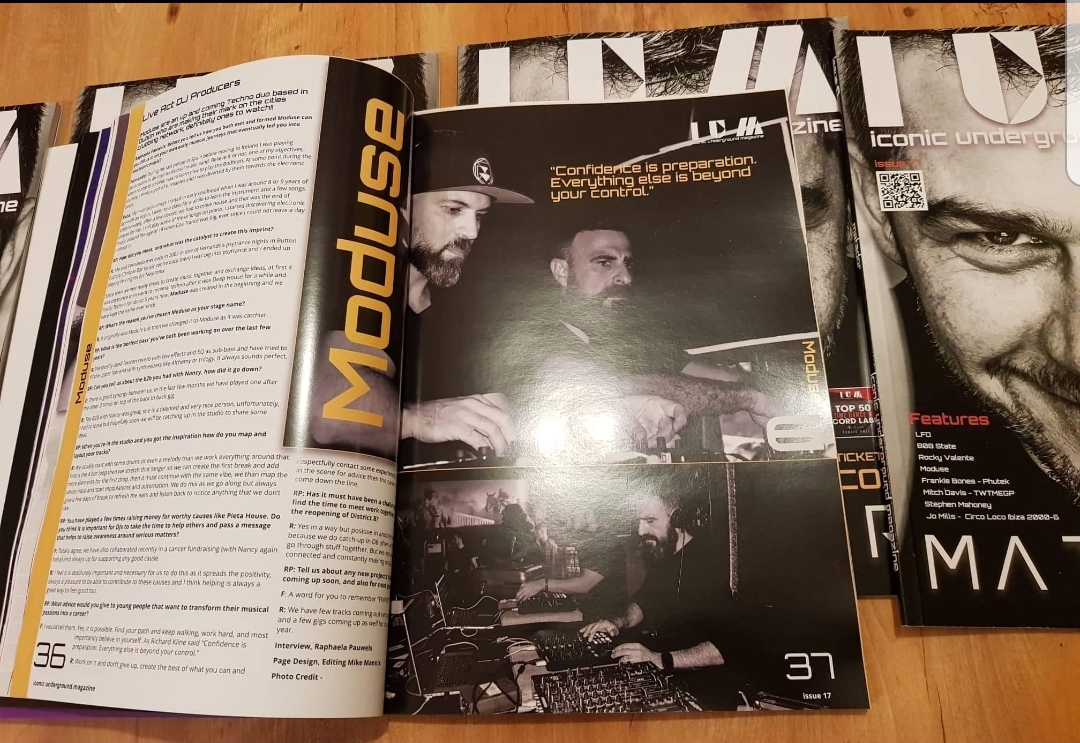 R: It originally was Module but then we changed it to Moduse as it was catchier.

RP: What is the ‘perfect bass’ you’ve both been working on over the last few years?

R: We mostly used lexicon reverb with few effects and EQ as sub-bass and have tried to fill the upper low end with synthesizers like Alchemy or trilogy. It always sounds perfect.

Find your path and keep walking, work hard, and most importantly believe in yourself. As Richard Kline said “Confidence is preparation. Everything else is beyond your control.”

RP: Can you tell us about the b2b you had with Nancy, how did it go down?

F: There is good synergy between us, in the last few months we have played one after the other 3 times on top of the back to back gig.

R: The B2B with Nancy was great, she is a talented and very nice person, unfortunately, I had to leave but hopefully soon we will be catching up in the studio to share some ideas.

RP: When you’re in the studio and you got the inspiration how do you map and layout your tracks?

R: We usually start with some drums or even a melody than we work everything around that. First is the 4 bar loop then we stretch that long so we can create the first break and add more elements for the first drop, then it must continue with the same vibe, we than map the whole track and start modulations and automation. We do mix as we go along but always give a few days of break to refresh the ears and listen back to notice anything that we don’t like. 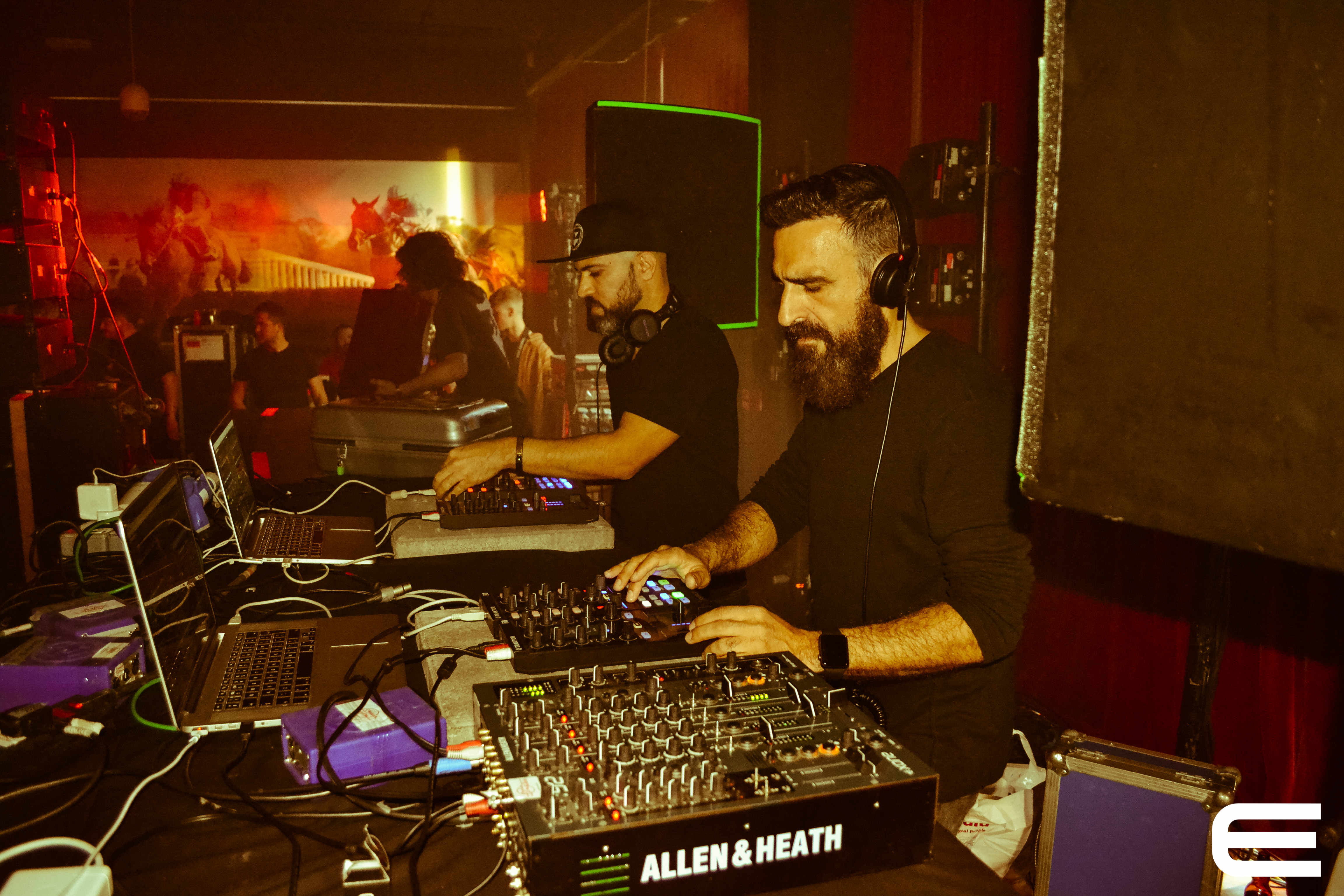 RP: You have played a few times raising money for worthy causes like Pieta House. Do you think it is important for DJs to take the time to help others and pass a message that helps to raise awareness around serious matters?

F: Totally agree, we have also collaborated recently in a cancer fundraising (with Nancy again haha) and always up for supporting any good cause.

R: I feel it is absolutely important and necessary for us to do this as it spreads the positivity, always a pleasure to be able to contribute to these causes and I think helping is always a great way to feel good too.

RP: What advice would you give to young people that want to transform their musical passions into a career?

F: I would tell them. Yes, it is possible. Find your path and keep walking, work hard, and most importantly believe in yourself. As Richard Kline said “Confidence is preparation. Everything else is beyond your control.”

R: Work on it and don’t give up, create the best of what you can and respectfully contact some experienced people in the scene for advice then the career will come down the line.

We are always connected and constantly making music.

RP: Has it must have been a challenge to find the time to meet work together with the reopening of District 8?

R: Yes in a way but positive in another way because we do catch-up in D8 often and we go through stuff together. But we are always connected and constantly making music.

RP: Tell us about any new projects that are coming up soon, and also for next year?

F: A word for you to remember “FINNER” 😉

R: We have few tracks coming out very soon, and a few gigs coming up as well for the next year.