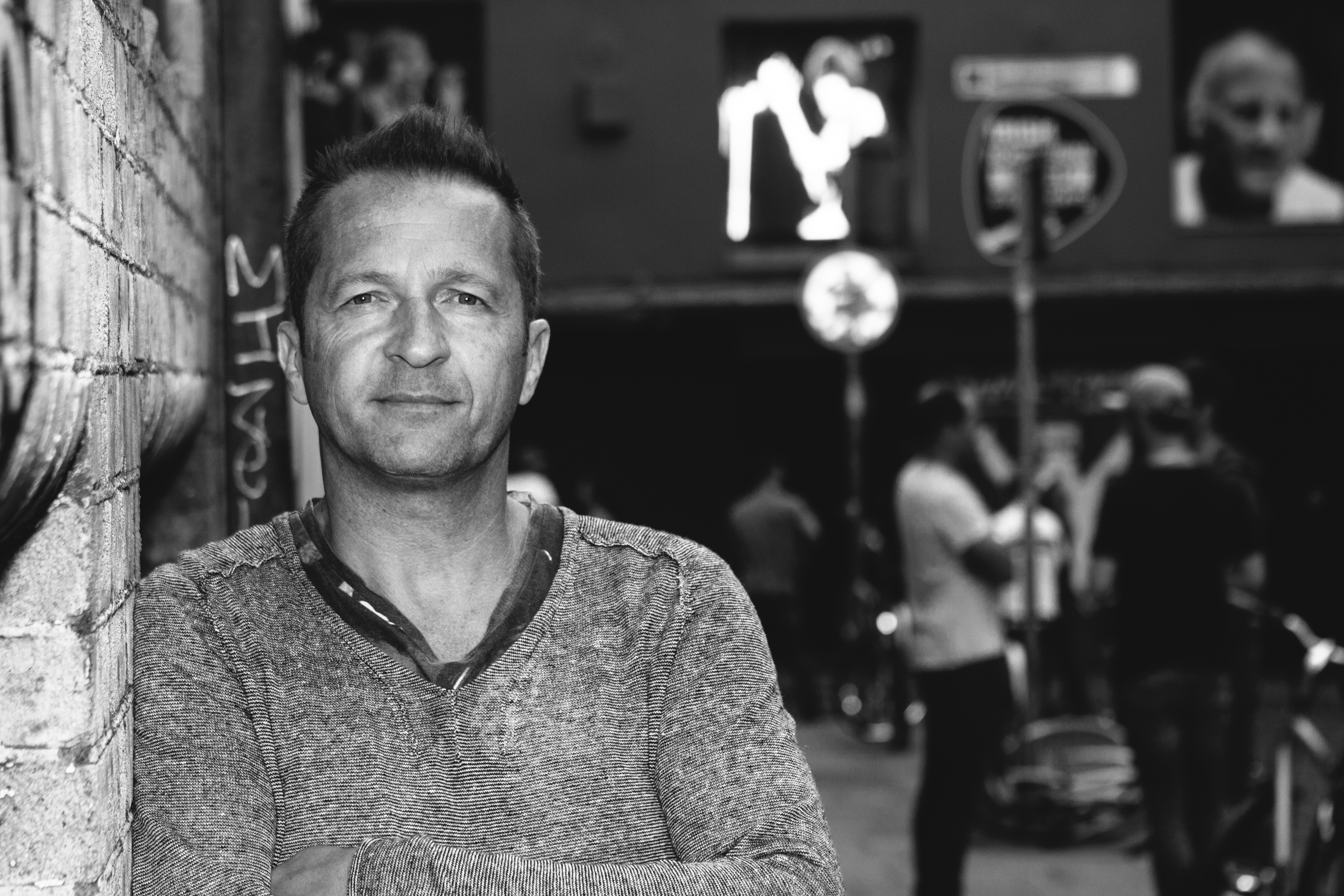 It was a surreal moment when I finally met Mauro at his hotel in Dublin on the night of his massive gig in the Button Factory. It was 7.15pm Sunday 31st July, a cracking evening with a buoyant atmosphere, it was August Bank holiday, Temple bar was buzzing! I’d been an avid fan of Mauro’s back in the late 1990’s, and had seen him play in the old Temple Theatre in 1999 in Dublin, it was a banging gig.

He met me on time, and didn’t leave me hanging, so, it was off to a great start as we strolled through Temple Bar, talking about his previous exploits in Dublin over the years, before hitting up the boyz in Sun Studio in Temple Lane Recording Complex. Que Michael Heffernan, Keith McGovern and Tristan Heanue, with camera and beers at the ready, questions prepared loaded and the tunes pumping. We listened intently as Mauro talked for nearly 2 hours giving us the low down on his extensive career.

As the first Italian DJ to tour the world, he certainly had plenty to say to us… As the first DJ to mix live on the eminent BBC music show Top of the Pops, he’s helped bring techno to the widest audience possible. As the man behind Meganite – one of Ibiza’s most successful and longest running nights – he has recruited some of the world’s most respected underground DJs as residents; Adam Beyer, Marco Carola and Chris Liebing.

His journey to legendary status began over 4 decades ago he said, when he became the first Italian finalist in the world DMC championships in 1988. Galvanising this success the following year he had a win on a live broadcast Italian DJ competition called The Walky Cup, and his national crown as a premiership DJ was realised.. and the world beckoned. A string of sonic successes, dancefloor dominance and industry victories followed; early chart appearances as R.A.F and co-writing for myriad European house acts during the early 90s led him to become a partner at Media Records, while his Reptilian trilogy in 1998 elevated him to a global level; ‘Lizard’, ‘Iguana’ and ‘Komodo (Save A Soul)’ fused trance with techno on such a level they became hymns for the biblical superclub explosion during the last few years of the 20th century and charted in many countries.

From this point onwards, the world could no longer ignore this dance music and techno phenomenon. Mauro was driving from the front as one of the most in-demand artists across the globe, he barely left DJ Mag’s illustrious Top 100 DJ list throughout the first decade of the 21st century. Since then he revealed, hes had over 700 releases and 7 million unit sales under the belt! Nice. It has to be said, that the lads and myself where completely under the spell of this true soft spoken Italian gent, He even signed the his original vinyl that Mick had brought in.

MM – In your own words then Mauro…

MP – When I started DJing it was a new way of artistic expression. It was a relatively unknown job. I did the DMC because I wanted to reach a technical level higher than the normal standard at the time. When I decide to do something I always try to do my best and DMC was and still is a challenge for DJs who likes to play with vinyl and turntables it brings out the men from the boys..

MM – Who and what inspires you?

MP – My biggest music influence come from Tangerine Dream and Kraftwerk. I think that with their electronic sound and innovative melodies produced by machines and oscillators, Kraftwerk were real electronic music pioneers and have had a great impact on the minds of many musicians as well as DJs from Europe. I’ve always admired Sven Vath as well.

MM – How do you see the art of DJing today in comparison to when you started out?

MP – Today everyone is a DJ. Thirty years ago, DJs were a rare commodity. Today, thanks to technology, everyone can become a DJ or a producer but you can only get music culture and experience if you live it. I’m proud to be born and bred in the wake of the vinyl era. Fond memories still come back by simply looking at the covers of my record collection.

There is no denying it, using Traktor with a controller, CDs or USB-sticks has a full range of advantages for DJs today. What for me is really important is that the DJ needs to play good music then I personally do not really care how you play even if today.

Playing with vinyl is once again an innovative thing for many but this is also due to the fact that only a very few can do it. If I want to play with vinyl records today then it has become more complicated. In many clubs around the world it’s almost impossible to find decks that are still working and reliable. Sometimes they have been abandoned in a corner of the console, covered in dust and completely forgotten because some idiots have been using them without understanding their value and their history. They are turntables, not cup holders I often feel like shouting in the club! Today, if you really want to use turntables you need to look for them as if they were a complete innovation. As you can see there is good and bad on both sides, so if the music that is playing is good music, than that’s the end of story.

MM – Whats your thoughts on the scene today?

MP – I think the dance music scene today musically has gone a bit too far from what it was with the evolution and commercial rise of EDM. Easy melody with some catchy vocals and lots of energy thanks to the big drops and kicks of the drum that is used to make it more effective and very easy to understand and follow on the dancefloor. Nothing wrong with this but I prefer to stay on a more exciting side of the popular dance music. EDM for me is a bit like the food at McDonald’s everybody can eat it easily and it’s mass produced, but I still prefer some less known good restaurants where I will definitely enjoy better food!

The evolution of technology will always bring us something new and exciting, enabling us to develop is new noise and sound to experiment with in front of our speakers. People will have to choose what they like as always, but remember to be careful, and don’t let the media influence your taste, but just follow your heart.