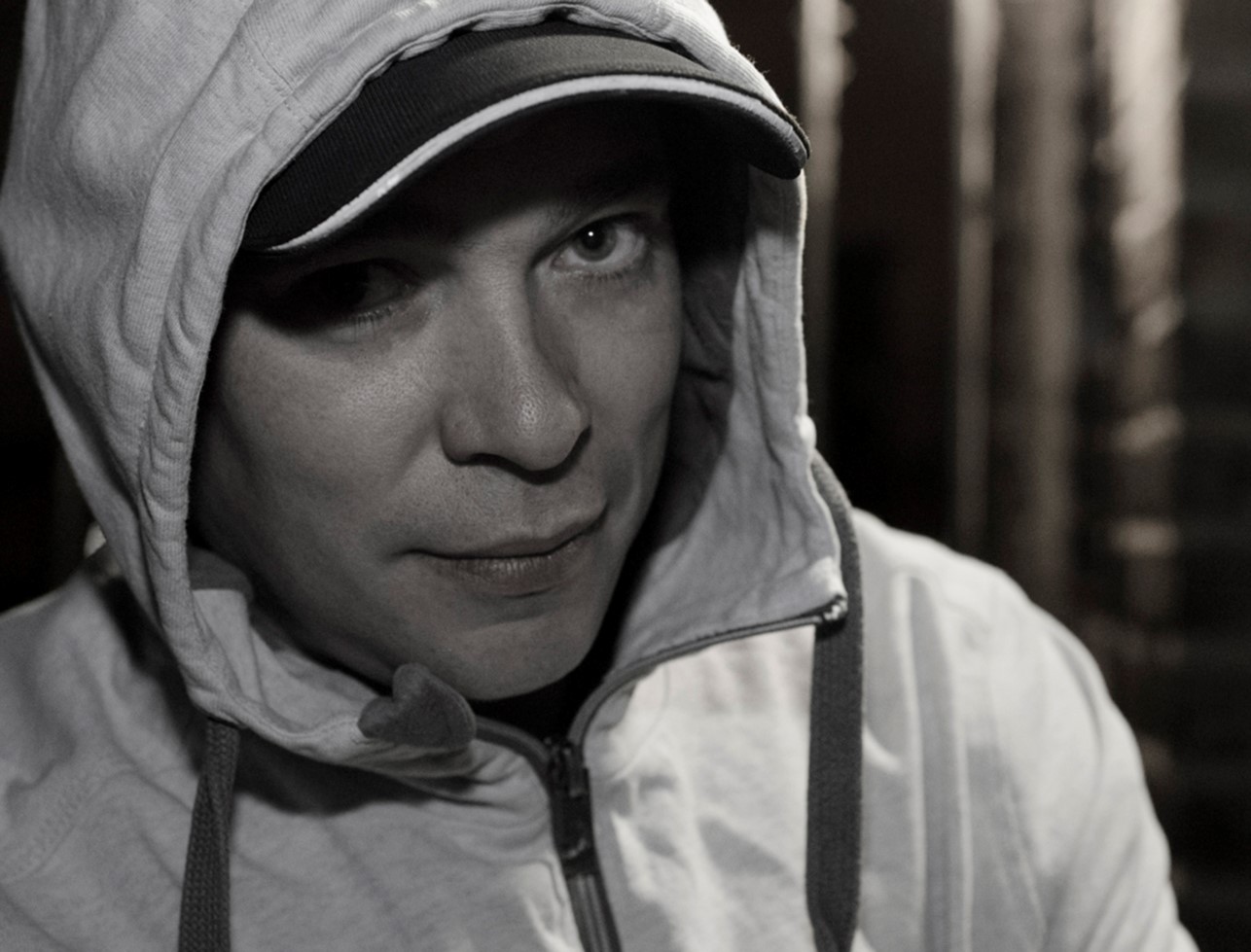 With so many great artists out there being special is a hard category to fall into, but here at Iconic Underground we strive to bring the news from some of the best artists in the world. Chicago Loop falls into that category with over 20 years in the industry and still going strong now. We sent DaGeneral along for a little chat since they are already friends in the industry.

DG – Thats now been over 20 years at the top of your game Ant. Give us an insight on to your influences and what moulded you into who you are now as the ever evolving “Chicago Loop”.

CL – I started DJ’ing in the early 1990’s and producing music followed a couple of years after that and just naturally fell into London’s underground rave and techno scene, where I stayed for the next 20 years, writing, producing, DJ’ing and globe-trotting. It was a lot of fun, but a couple of years ago, I decided I wanted a change and a new challenge, which is why I started my “Chicago Loop” project. It wasn’t too far off what I was playing before, but I just wanted to modernise my techno sound a bit more. Particularly in London, the gap between hard underground techno and the more modern style of techno that I was increasingly playing had widened and the direction I wanted to go in demanded that I had to start a new name and push my new sound from the ground up.

I was already playing a lot of tracks from the likes of Spektre, Balthazar & JackRock, Sasha Carassi etc… and so I naturally fell into writing my music in this vein and ultimately ended up releasing on their labels and becoming involved that way.

DG – We heard you a couple of times on DaGeneral’s radio show “This Is Techno Live’ and loved your sets, especially the 2nd birthday bash show. But of course live sets in a club is where you really shine, what’s coming up this year and where can we see you play?

CL – As I started the project completely from fresh and the name Chicago Loop was new to most people, I had expected it to take a few years for it to get around and to get back to playing out again, like I was used to in the past. This has been quite a tough task, simply because there are so many more ‘DJ’s / producers’ around now and clubland is a lot more saturated than is was 20 plus years ago. However, I feel like things are starting to gain a bit more momentum at the moment, compared to the previous 2 years. I’ve already showcased the name in Japan, Poland and Lithuania and I have a handful of club gigs and a couple of festivals confirmed, including Boomtown, as well as a couple more international bookings in the pipeline. It’s a far cry from what I’ve been used to, but ultimately, I knew I would have to work my way up the ladder again when I started this project and getting there has proven to be half the fun.

DG – Of course where you really excel is in music production with some massive releases on Renesanz, Toolroom, Respekt, Phobiq, and Gate Null to name a few. How would you describe your sound now, and what can we expect from you moving forward?

CL – My sound right now is predominately modern techno, particularly with the drums and low end, but I love to bring in an old-school flavour to the mix with the synths and vocals. It’s a combination that I think works really well and gives new life to some of the greatest sounds from my musical history. Occasionally I might write leaning towards the harder end of things, or have a dash of tech-trance influence like with my Techburst releases, but overall, the majority of my works are based in the techno camp. I’m just focusing now on writing the best music I can on some great labels and push things forward to get more exposure and ultimately spread the music and build the brand.

DG – Just while we are on the production front what can you tell us about vinyl carvers, and the sudden increase of people being interested in vinyl again?

CL – The whole Vinyl Carvers thing is a side-line project that I’m involved in. It’s friends of mine that run the company and we specialise in manufacturing one-off vinyls and dub-plates. Previously, the majority of the business has been centred around cutting 7″ singles and customised albums for gifts, but I’ve been brought into the fold to try to expand this. Our focus is to offer high profile electronic artists, as well as corporate clients a super quick turnaround on limited runs or unique one-off cuts that regular pressing plants simply cannot provide. So far I have made cuts for DJ Kryder, Mihals Safras, Channel 4, Brit Awards and The Gadget Show. It’s very interesting and diverse work and the skills I’ve learnt as a mastering and cutting engineer certainly benefit my studio productions. Vinyl sales are slightly on the increase at the moment and we hope to capitalise on this.

You have to make the music you love and stick with it because it’s the only way to get through the many, many moments of rejection and disappointment”

DG – What has been your biggest achievements in music to date, in your own opinion, and why?

CL –  I think the fact that I’m still around after 20 plus years is my biggest achievement and the fact that my love and enthusiasm for the music is still as strong as when I first started really excites me. I consider myself extremely lucky that I have played some amazing shows all over the world and have put out some great records over the years, but it’s the bigger picture that I consider. If I can take this Chicago Loop project to the same level and hopefully beyond what I have done in the past, I will consider that as a massive achievement as well.

DG – Who would be the one person that you would love to collaborate with from past or present?

CL – That’s a really tough question and the answer could go on and on. There are so many people who I admire and respect for their music, but just to give one person off the top of my head for the purposes of this question, I’ve always been a huge Secret Cinema fan right from the early days of Grooveyard, through to his productions today.

DG – What advice would you give to upcoming DJ and Producers trying to break into the scene?

CL – My advice is this. You really have to love it because it is not easy to break through, especially with the way things are right now. You have to make the music you love and stick with it because it’s the only way to get through the many, many moments of rejection and disappointment. It can be easy to get tempted and sidetracked by thinking you can make something that might make you a quick buck, but in the long run, this is a sure way to fail.

You need to be patient and also have the self belief that you can do it and instead of feeling down if your tracks get rejected by a label, turn it into a positive and accept that there is probably a valid reason why and use that to improve your productions for the next time. If you adopt this attitude, there is no reason why you cannot aim high. Try and get on the biggest label you can (within reason or your means/contacts) and work up from there. For DJ’s to break into the scene without producing tracks is almost impossible these days, so it’s definitely important to get some tracks under your belt.

When it comes to DJ mixes, there is no reason why the same rules should not apply. It can be waste of time plastering your Soundcloud/Mixcloud mixes all over other peoples Facebook pages and Soundcloud messages as they will never stand out. These mixes should be send to labels who do monthly podcasts, as they provide more exposure. There is so much competition out there, that you have to get creative in order to stand out. Start with the music first and the rest should follow.