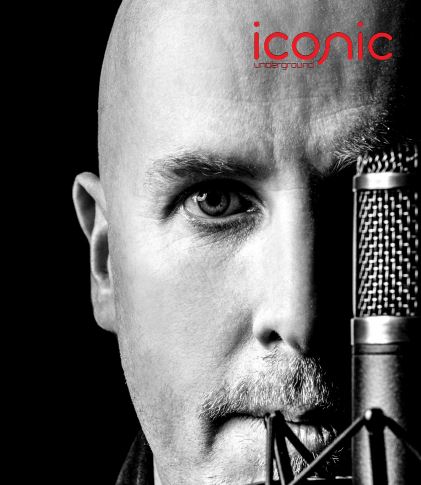 Mark has amassed over his extensive career some tight musical cred, such as being co-writer and producer of the massive UK artist Craig David’s multi-platinum debut studio album “Born To Do It”, along with no less than 4 Ivor Novello Awards, a number one album, two number one singles and well over 10 million record sales worldwide.  However, that was then, and Mark Hill is still going strong. Today he is an ambassador of the new artist social media platform ‘Howdoo’, and DaGeneral collared the busy innovator to get it straight…

Alan Lumley: HI Mark thanks for taking the time to chat with me (DaGeneral) at Iconic Underground Magazine.  You have had a mass of background success including Artful Dodger and producing music for Craig David.  What would be your personal highlights and dark moments through that time?

Mark Hill: It’s hard to say there were really any dark moments, there was a lot of stress involved with the Artful Dodger project and people we got involved with back then but ultimately it has led to me being in a great place and still enjoying making music after these years! There were so many highlights, a couple of which were hearing Rewind for the first time on Radio 1, our first appearance on “Top of the Pops” and playing to an enormous crowd at Glastonbury.

AL: In that time I think you won at least four awards, had a top-selling album and a few number ones, talk about setting a benchmark for yourself.  However, how do you think the music industry has changed since then, and what do you like/dislike about the music industry now?

MH: It was much harder to make and sell music back then, and pretty expensive too. We got into huge debt trying to make things work and it took around 8 years before we started making any money from it. These days it’s much easier to make the music, and way easier to release it. That brings a brand-new set of problems though, the competition is huge and you have to constantly find ways of getting your music heard amongst the noise. I always loved a challenge though and am having fun learning ways of making the new label successful in a completely different era.

AL: You took some time out from music, had a family and enjoyed a great break after all your time being taken up between the UK and Ibiza in recording studios.  Did you find it hard taking a back seat from music, and do you feel refreshed now that you are back working on music production?

MH: Well, I never really stopped making music, I just stepped away from the business side of things and found other ways to amuse myself for a little while. It wasn’t a hard thing to do because I felt a little burnt out to be honest and the music industry was in a huge state of flux with new technology making a massive difference. It was good to step away and observe for a little while until I felt I wanted to dip my toe back in again.

AL: With all the changes now in the availability of studio hardware and software, has this changed how you produce music now, and what tools you use?

MH: 100% the fundamentals of making music are still the same but there are so many more tools to use these days to keep the music sounding fresh. Now most things are automated m output is a damn sight quicker and there is less chance of losing projects to computer crashes which is a life saver!! I love the fact you can save a project these days, take a few days away and come back to it with fresh ears to tweak it. Back in the 90s that was way more difficult to do.

AL: Of course, you are an ambassador at Howdoo like me.  Exciting times are ahead with this new venture.  Personally, to me, it seems like the kind of shake up the internet and social channels have been needing for some time now.  What’s your thoughts on the new venture and what do you hope will be achieved?

MH: I’m really excited about Howdoo, I really hope people embrace it and realise what a powerful thing it could be. People have almost become numb to the fact that they create content and traffic for big companies to take advantage of and abuse! It’s nice to see something where people can keep their privacy or at least be compensated fir they’re happy to share their content! Bring it on.

AL: Back to music now, what can we expect to hear from yourself in the next 12 months? Anything exciting you can share with us?  And something tells me you are still pushing forward new artists so is their anyone coming up you think has the special tools to take us by awe that we should be keeping an eye on?

MH: My main focus these days, now the label is set up and running, is to create a massive amount of momentum with tracks dropping every few weeks. I’m working with some exciting new artists like Reece Whetter, Kyi and Nat Slater to name a few and we will also be bringing new Original Dodger tunes too.

AL: People may forget that you are/were also a DJ, is this something you still do now or has that took a full back seat?

MH: I haven’t been playing out a lot as we have been focussing on new music and the Original Dodger project but I’m itching to get out playing again and am planning on touring a lot in 2019! I absolutely love it, especially when there is new music to play too.

AL: There is a lot of up and coming artists and people who would like to break into the music industry that read our magazine.  What key bits of advice would you give to these potential musicians on etiquette and key things they should do?

MH: The biggest piece of advice would be to keep on going like I said earlier the competition is fierce and many people will come and go, and tracks will fall by the wayside!

If you persist and keep improving and building on what you’ve done, you’ll ultimately be successful! It’s not easy even if some people make it look that way, if you want it, you need to put the hours in!