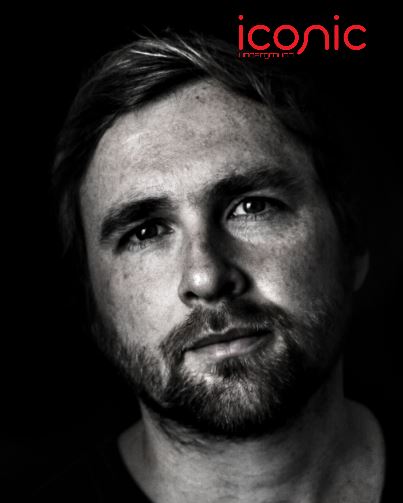 Mike Mannix: Hey Gary, thank you for talking to us at iconic underground again. Since you last spoke with Alan in issue 9 apart from your hectic touring, you’ve been locked down and quite busy writing and producing your epic 2nd studio album ‘Dál Riata’ which was released 19th November on your own label BEK Audio. What was the initial inspiration and desire to begin work on such a big project, in and around your hectic schedule?

Gary Beck: I decided it was time for a fresh challenge in the studio. I couldn’t believe 6 years had passed since the last one so instead of just making up the next EP I wanted to test myself with a new project. I had not long moved into my new studio and I couldn’t think of a better way to break things in. I must have ended up writing about 60 tracks! I know albums aren’t as relevant as they used to be, however, the process is great for churning out loads of new material.

MM: Desire is one thing and the actual process is another, tell us about what the biggest challenges and brick walls you faced on the journey through writing and studio lockdown?

GB: In all honesty, I didn’t really have any brick walls. I was just writing and writing, moving from one idea to the other. I didn’t spend too much time on each idea and I didn’t put too much pressure on myself. If I wasn’t really coming up with much I would just go out and walk the dog or go for a beer. I wanted to have a huge amount of material to choose from and as I said before, I ended up with a lot of tracks.

MM: Do you have a particular structure you run with or plan to keep you motivated and centred when doubt creeps in?

GB: I think being honest to yourself is the best way. If it isn’t happening, then just walk away or do something else. If you start doubting yourself then good things will never come. I still try to treat my producing as a hobby and I find this takes the pressure off.

MM: Tell us about a normal production day in the studio when you were producing this, what that entails, and the kit you used and why?

GB: I like to get in the studio early in the morning. I don’t like working through the night. So, I’ll fire up the machines and the kettle and I’ll just start with the tunes! Occasionally I’ll have an idea in my head but most of the time things just happen. In terms of equipment, my Roland FA08 has been brilliant recently. It sat gathering dust for a while however when I started on the album, I drafted this into my set up and never looked back! Most of the tracks in the album such as ‘Isle’ feature the FA08 and I love it.

MM: What did you learn about yourself that you can share to inspire your many fans and other would be producers/DJs that aspire to do what you’ve achieved?

GB: Just don’t take things too seriously in the studio. It’s all about enjoyment and if you lose the enjoyment you have nothing.

Don’t spend too much time on one song and keep it simple. Great things will come if the environment and mind is nice and relaxed!

MM: Now that the album is released, and your ears have had time to rest away from the intensity of the studio, have you achieved what you wanted out of it, and do you have a particular track/tracks that still move you even after countless listens?

GB: I didn’t really think much about what I was going to achieve out the album. It isn’t what it used to be. The album might hang around for a while then vanish, but the main thing for me was having that project and focus in the studio. It was great fun to throw all different kinds of ideas around and I’ll be doing it again in the next couple of years. If people like it then great! But I don’t really think too much about what I ‘Get’ out of it apart from a creative enjoyment.

MM: What can we look forward to next from you?

GB: In terms of production, I have a track coming on Yousef’s ‘Circus recordings’ in February. It’s a big vocal monster! Sometimes I like to do tracks that go back to a housier style and this one definitely does. It’s also 10 years of BEK Audio next year so I’ll be putting together a nice compilation for that as well as many BEK parties around the globe.