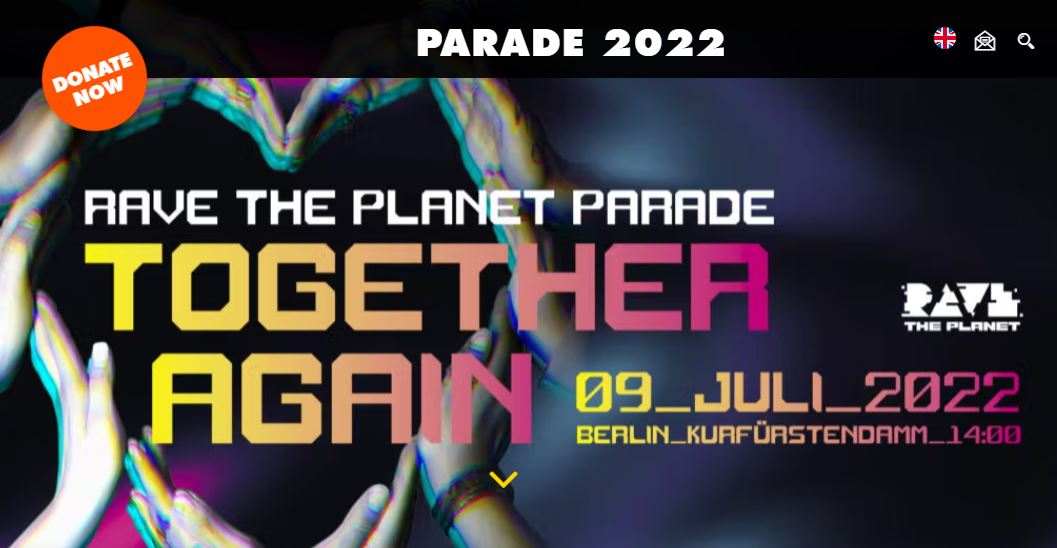 In a period when ravers are reloading themselves escaping from the unprecedented change of their life in the last 24 months or so, a new dance revolution seems to be ahead.

A good proof that right after any kind of protracted social or economic suffering in our life, music and partying are always there to heal our souls and give back the energy we need.

All told one of the most popular and active cities in arts and music in Berlin. It’s the indispensable capital of Techno. The city, which hosted the very first Love Parade in 1989 – a large outdoor electronic dance festival with enormous success due to its worldwide cuddle puddle, and of course the absolutely amazing lineup of DJs (e.g. Carl Cox, Tiesto, Armin Van Buuren, Marusha, Paul Van Dyk, etc.).

In a nutshell, a proper Technoparade that was led by the motto ‘Liebe, Freude, Eierkuchen’ (translated as ‘Love, Peace, Pancakes’). The last Love Parade took place in 2010 and was marred by a tragic loss of 21 people and 500 injured…

In 2020, ten years after the last Love Parade, the original godfather and founder of it, Dr. Motte, has announced the launch of a

And the name of it is Rave The Planet. A large open-air festival; a new project that rejuvenates the Love Parade’s aesthetics and ethos. Dr. Motte and his colleagues are working hard to bring something special out to the streets of Berlin. The first event will take place on 9th July 2022.

On behalf of the upcoming first Rave The Planet event, there’s already a relentless activity covered by DJ streams and interviews and a ‘support series’ of digital EPs coming through Riot Recordings with the likes of Ken Ishii, DJ Rush, Nakadia, Saytek, PetDuo, Westbam, just to name a few.

In the Mall of Berlin, there’s already a 48-meter model of the original Love Parade route including the Victory Column fueled by handmade miniatures of ravers. These figures were purchased through ‘fundraving’ and there’s also strong merchandise if you take a gander on the official website. No doubt, this is a big calling to every young and oldskool raver from around the globe.

All in all, advocates would claim that Rave The Planet will mark a new era in festivals, a new beginning of big outdoor parties by the unity of ravers. The management behind RTP has stated that it’s a political demonstration out in the streets of Berlin to recognise and preserve the Electronic Music culture as a cultural achievement. It is vitally important to add that NO TICKETS exist cos Techno is for free and this festival will deal with a demonstration through Electronic Music vibes.

Rave The Planet 2022: TOGETHER AGAIN

Techno is still alive and it has an essential history and culture that has to be protected and spread.

Even the mighty Moby explains it in a very simple way:

“When you’re born the first sound you hear is a screaming woman unless your mother was anesthetized. So your most primal sounds, are first of all the heartbeat, which is like the kick drum, and then a screaming woman. So we’ve all been listening to Techno ever since we were born.’

Taken from the book ‘Moby: Replay – His Life and Times

In 2022, it is time to make love great again and Berlin is about to represent that.

Fotos are taken from www.facebook.com/ravetheplanetggmbh